During my time at the 2018 CES, I came across several new cable introductions of note and a few more speakers that I had not included in my previous show reports. Here’s the last of my new-product coverage. All prices in USD. 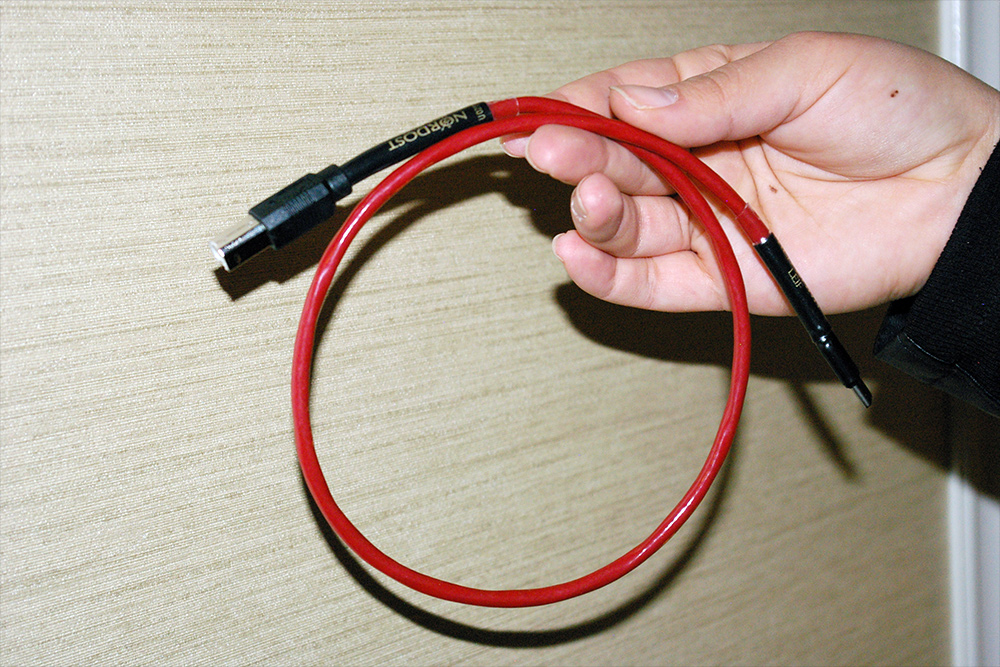 Nordost was not officially displaying at the show, but reps showed us the company’s new Red Dawn USB-C cable for those audiophiles requiring connection to a device with a USB-C connector. It utilizes Nordost’s proprietary Micro Mono-Filament technology and hybrid twisted-pair / non-twisted-pair geometry, and uses silver-plated, 99.9999%-pure OFC signal conductors. The Red Dawn USB-C cable is shipping now starting at $274.99 for a standard 0.3m length, and it’s available in lengths up to 2m for an additional cost. 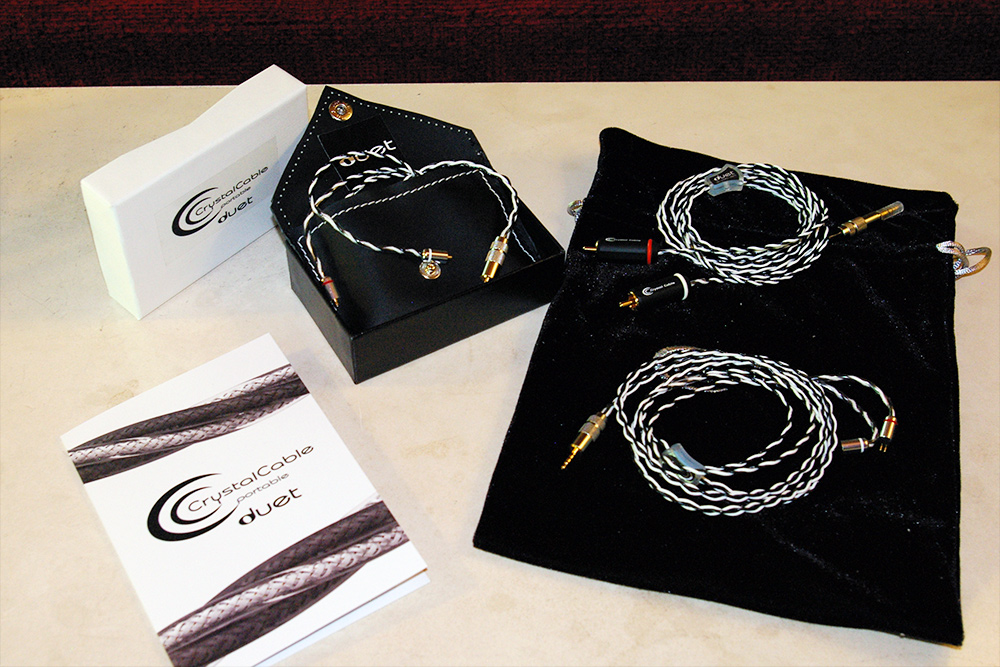 Crystal Cable previously produced the Cantabile cable for portable music players through a collaboration with music-player maker Astell&Kern. At CES 2018, Crystal had its new Duet cable, also designed for portable products. Available in various configurations and with high-quality Oyaide connectors, the black-and-white cable houses conductors made of a blend of gold and silver for high conductivity. The Duet also contains a silver-over-copper woven shield. Prices have yet to be set for North America. 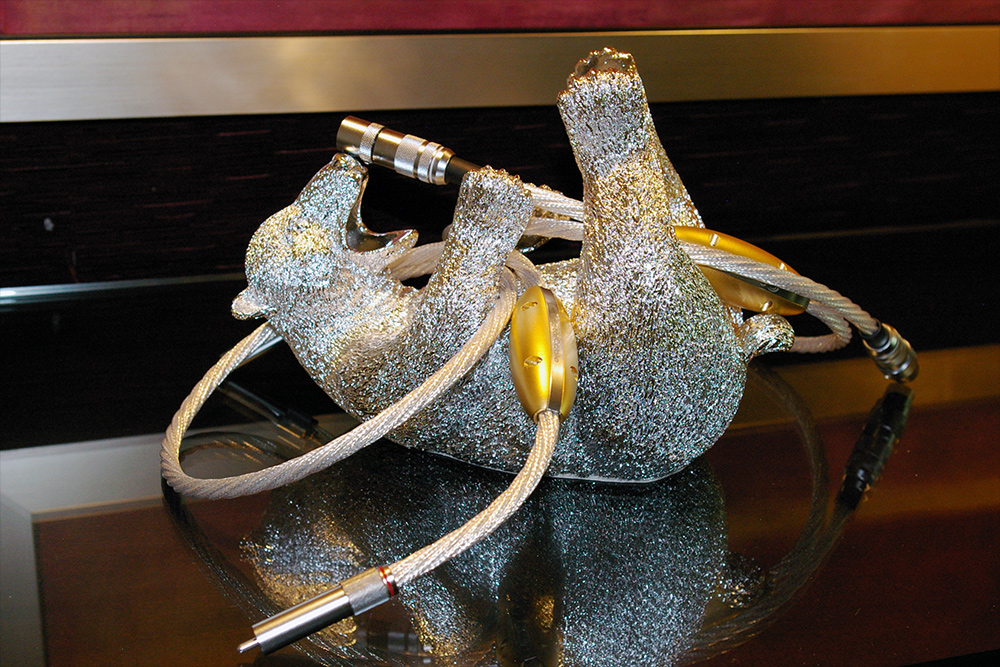 Crystal Cable also introduced its Ultimate Dream interconnect, which now completes the line that previously comprised only a speaker cable and power cord. The complex cable geometry consists of six conductors, each containing a monocrystal-silver core surrounded by both a gold-plated monocrystal-silver shield and silver-plated monocrystal-copper shield. The Ultimate Dream interconnect is available in single-ended and balanced configurations, terminated with high-grade, custom-made Oyaide RCA (single-ended) and XLR (balanced) connectors. Like the Duet, pricing has yet to be determined. 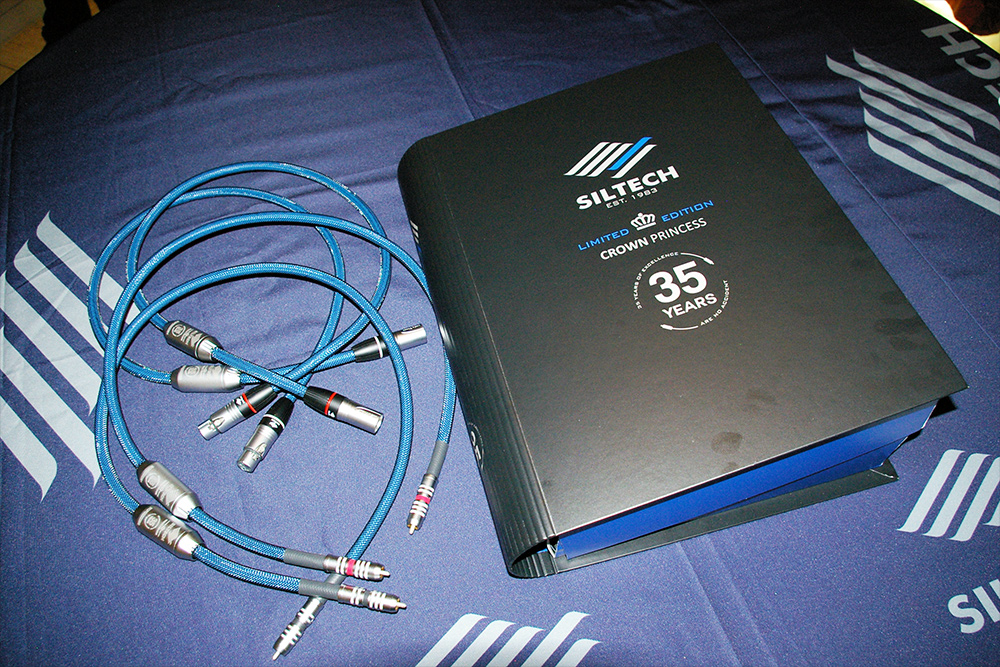 To celebrate its 35th anniversary, Siltech will soon be introducing its limited-edition Crown Princess interconnect. Packaged in a unique box shaped like a hardcover book, the Crown Princess interconnect is available with RCA or XLR terminations, for single-ended or balanced use, respectively, and features the company’s monocrystal-silver conductors. There is no price in North America yet, but the price for a 1m pair in Europe is 3500 euros. 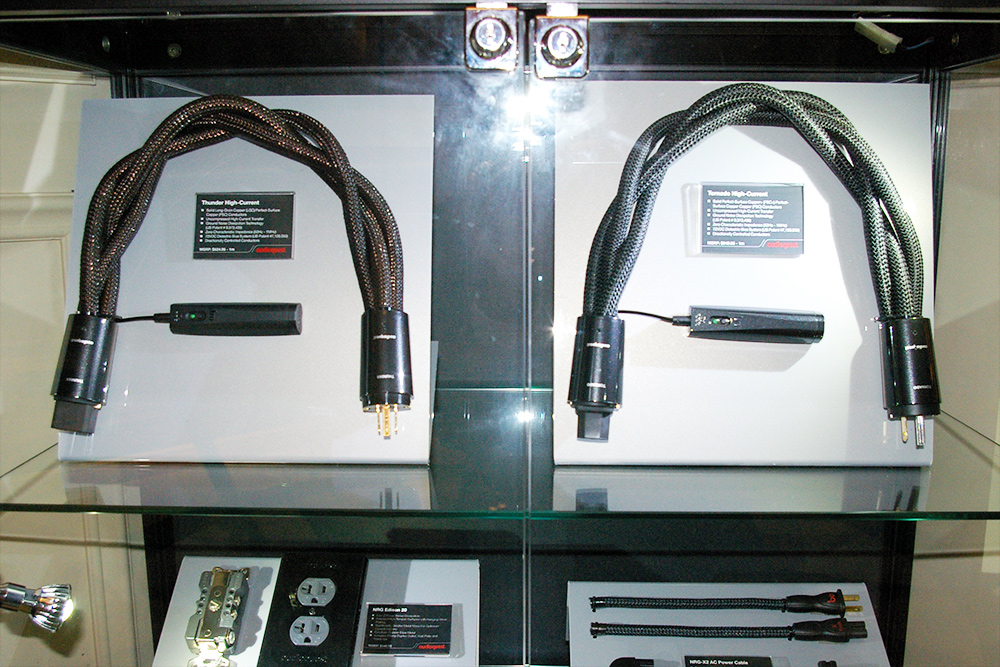 AudioQuest announced its extensive Storm series of power cables, consisting of the Thunder (pictured above left), Tornado (above right), Hurricane (not shown), and Dragon (not shown) models, which are said to have “Zero Ω Characteristic Impedance” (AudioQuest’s term) to allow uncompressed current transfer. All Storm-series cables feature solid conductors that use superior metals (the Thunder, Tornado, and Hurricane use copper conductors, while the Dragon uses silver conductors), and they have fewer grain junctions within the conductors, which the company says minimizes distortion. Both . . . 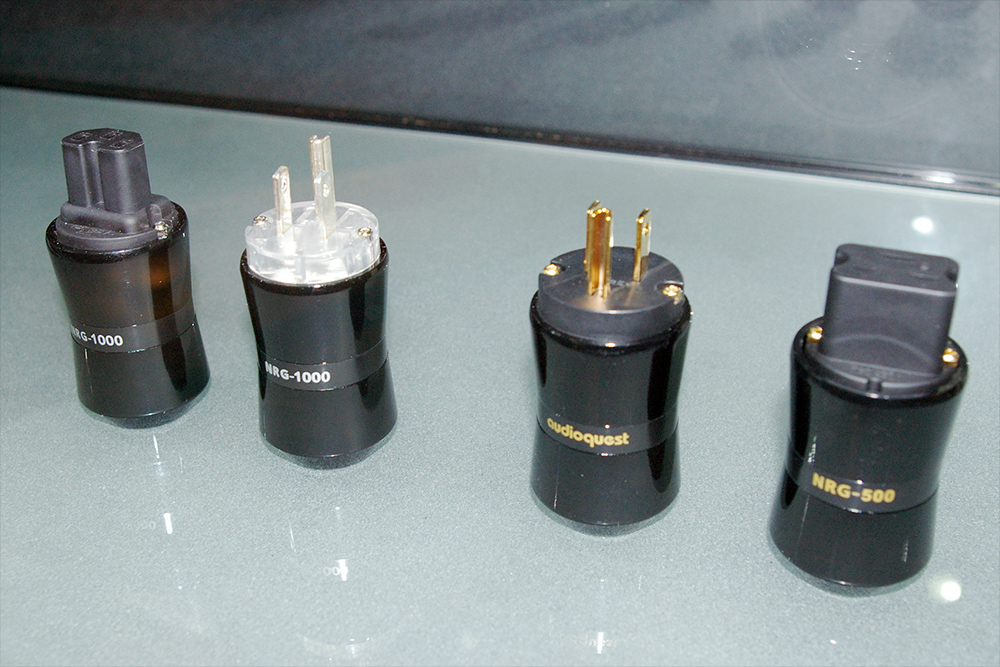 . . . 15A and 20A connectors are available (as shown) on all models. All Storm-series cables also feature AudioQuest’s active DBS (Dialectric Bias System), which is claimed to reduce non-linear distortions caused by temporary energy storage in the cable’s insulation. Prices start at $624.95 for a 1m length of Thunder, with the top-of-the-line Dragon High Current version priced at $4400 for 1m. 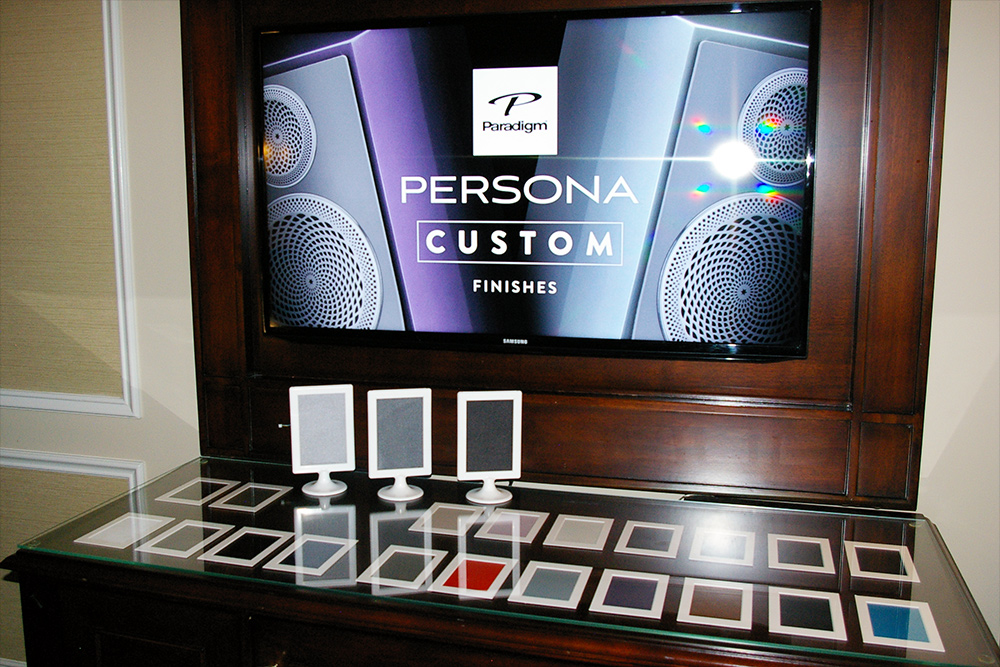 Paradigm wasn’t showing any new products at this year’s CES, but the company had a display showing new premium finishes for its Persona series of loudspeakers. A total of 14 new color finishes are available for the cabinet, along with three grille colors, four front-baffle colors, and two woofer-cone colors. 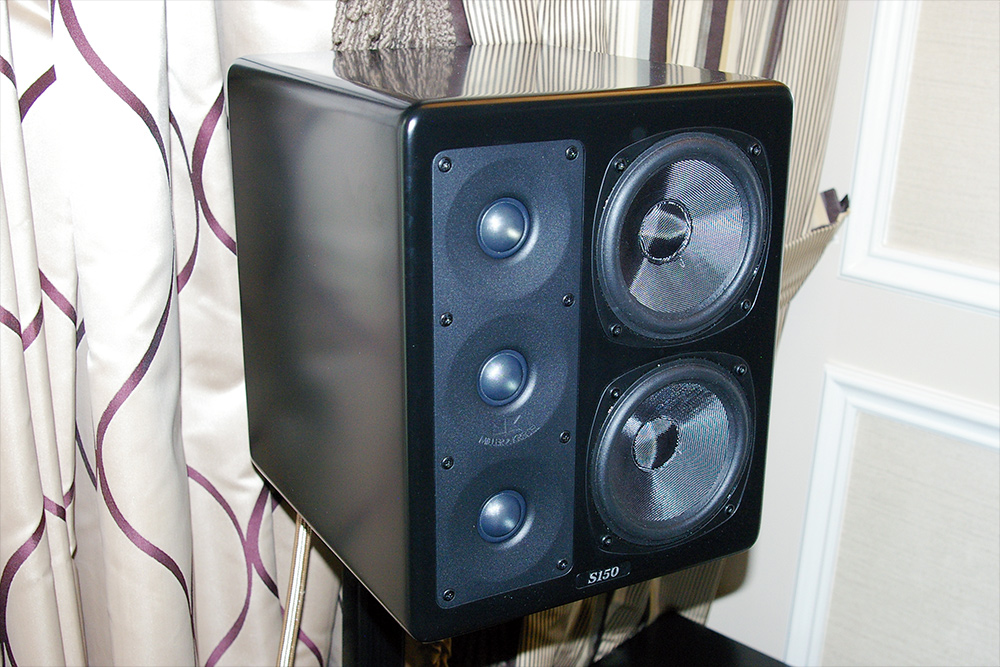 M&K Sound debuted new versions of its legendary 150-series speakers. The new Miller & Kreisel S150 utilizes three 1.1" soft-dome tweeters in a vertical array and two 5.25" woven-glass-fiber-cone bass-midrange drivers, also placed vertically. The S150 is available in the company’s traditional black-satin finish. The MP150II (not pictured) is a slimmer version of the S150, with the front baffle angled slightly downward for wall mounting. It is available in black or white satin. The S150T (not pictured) is designed as a tripole surround speaker and has a single forward-firing tweeter, a single midrange-bass driver, and two side-firing 3.5" paper-cone drivers that are said to create a dipole-type output. The S150 and MP150II are priced at $1799 each, and the S150T is priced at $2599 per pair. All will be available in March. 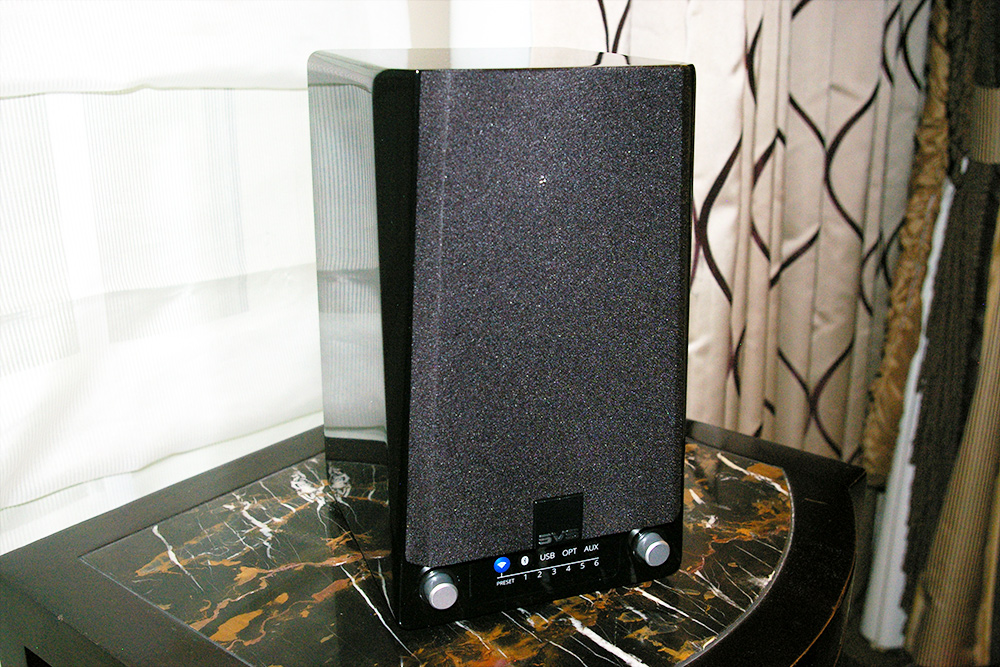 The SVS Prime Wireless speaker has a similar feature set to the company’s Prime Wireless SoundBase, which was also announced at CES 2018: precision 24-bit/192kHz DAC, DTS Play-Fi and Bluetooth with AAC and aptX support, USB and optical digital inputs, and an auxiliary analog input. There’s also a subwoofer output that senses when a sub is connected and automatically high-pass filters the Prime Wireless at about 80Hz for better power handling and a smoother blend with the connected sub. Using DTS Play-Fi, you can use the Prime Wireless as part of a multiroom system, and also stream directly from phones and computers. It uses the same 1" aluminum-dome tweeter as SVS’s Prime series of speakers and a 4" version of the Prime’s bass-midrange driver. Both the tweeter and bass-midrange driver are powered by 50W amplifiers. It will be priced at $499/pr. and is expected to be available in the late spring.