The Custom Electronics Design and Installation Association (CEDIA) Expo took over the Colorado Convention Center in Denver last week, showcasing a lot of new audio products in addition to countless smart-home devices. Many of the new audio products were so-called “architectural” models -- in-wall, in-ceiling, and outdoor speakers -- and many others were targeted at high-end, custom-installed home theaters. But there were plenty of products of interest to enthusiasts of traditional two-channel audio, including notable new speaker introductions from many major brands.

Here’s the first batch of new speakers I saw at the CEDIA Expo, with all prices listed in USD. This group consists of all traditional freestanding speakers; I’ll have a few more exotic in-walls and on-walls in posts to follow. 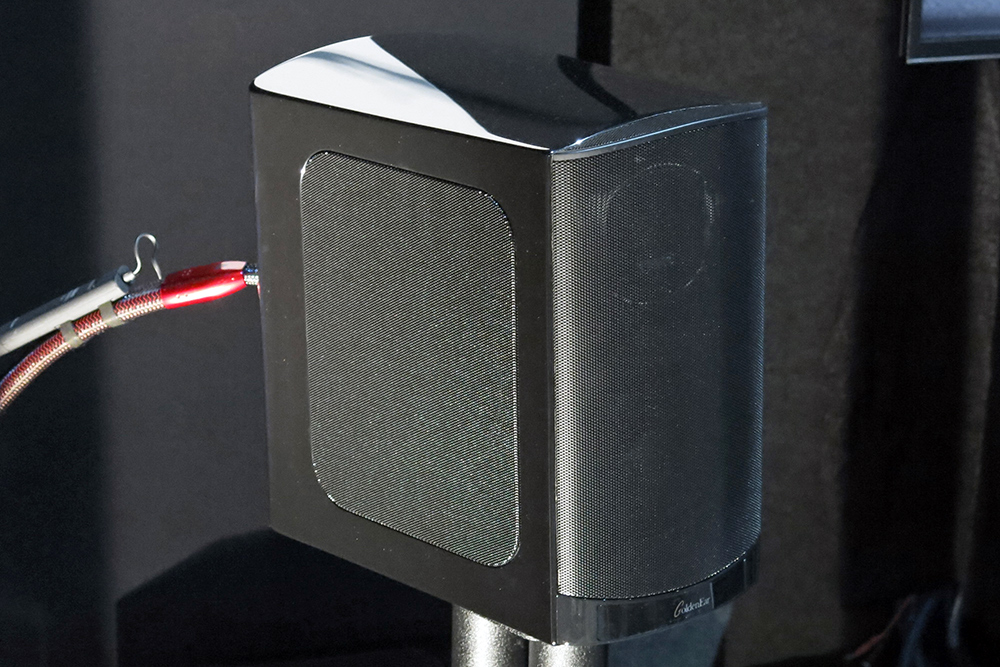 GoldenEar Technology’s upcoming DigitalAktiv 3 Wi-Fi/Bluetooth wireless speaker system is mired in various third-party approval processes for the moment, but the company was so taken with the DA 3’s sound that it decided to launch a passive version, the Bookshelf Reference X, or BRX ($699 each). With a 6" woofer and High Velocity Folded Ribbon (HVFR) tweeter taken directly from the company’s Triton Reference tower speaker, augmented by two side-mounted 6.5" passive radiators, the BRX produced surprisingly big bass and a wonderfully broad soundstage. 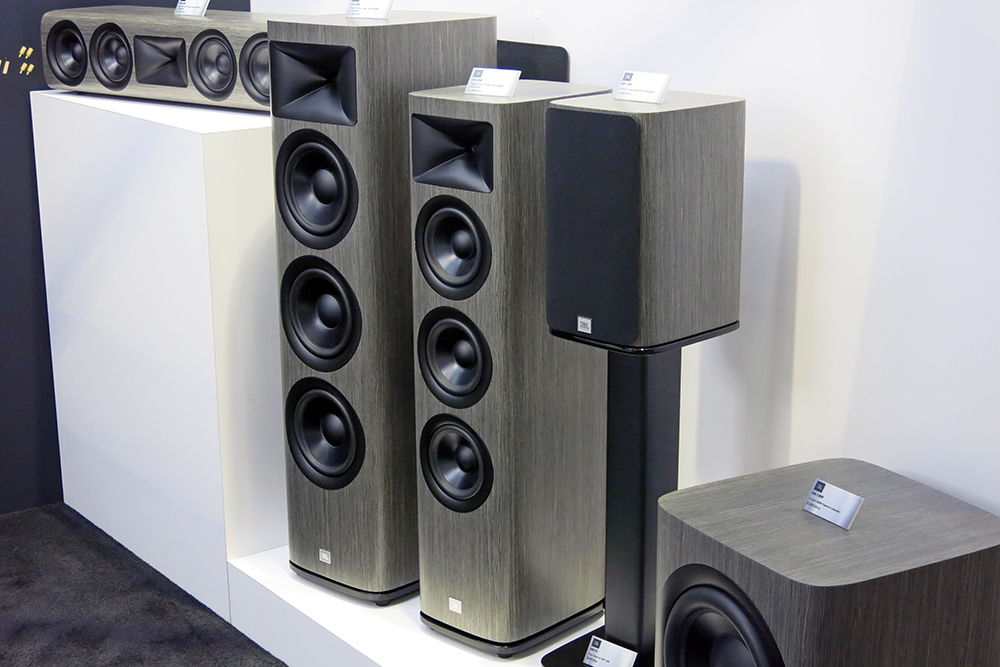 I was surprised enough to see JBL debuting a whole new line of speakers at the Expo, but even more surprised to note that they’re probably the best-looking speakers JBL has ever produced. It’s called the High Definition Imaging (HDI) line, and it’s somewhat comparable in price and configuration to sister brand Revel’s Performa3 line, although the products are quite different. All of the HDI-series speakers use a 1" compression tweeter attached to the company’s High Definition Imaging horn. From left to right, there’s the HDI-4500 center speaker ($1750 each), the HDI-3800 tower ($5000/pair), the HDI-3600 tower ($3800/pair), and the HDI-1600 bookshelf speaker ($1800/pair). At far right is the HDI-1200P powered sub, with a 12" woofer driven by a 1000W amp, and a single-band parametric EQ to help tame your worst room resonance. 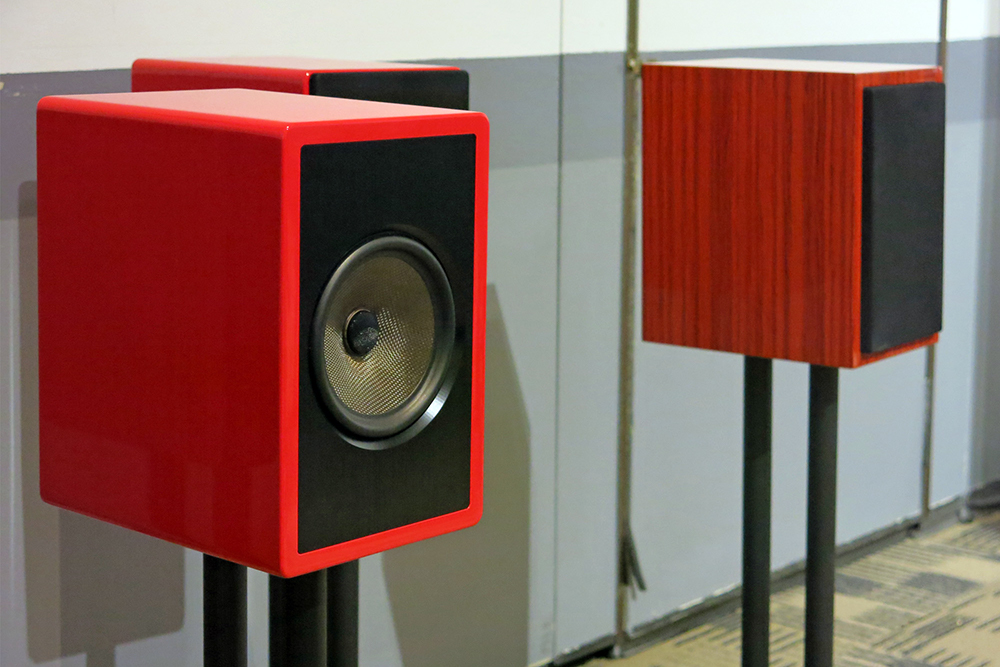 Last year’s CEDIA Expo saw the rebirth of the KLH brand. Because the company launched with full freestanding and in-wall/in-ceiling speaker lines, it didn’t have (or need) a whole lot of new stuff for the 2019 Expo, but what it did have was pretty great: the Maxwell Monitor One ($999/pair). The Monitor One’s concentric driver arrangement -- a 1" silk-dome tweeter inside a 6.5" woofer -- recalls the hyper-popular KEF LS50. But according to KLH’s David Kelley, it’s actually a freestanding version of a ceiling speaker, the Maxwell Series M-8602-C, that the company’s dealers particularly loved. Each Monitor One is made from 1" (25mm) MDF covered in hardwood veneer, finished in your choice of Ferrari Red, Cocobolo, or Figured Koa, and the front baffle is 3/8" CNC-machined aluminum laminated to 1" MDF. The symmetrical third-order (-18dB/octave) crossover has been tweaked-up with air-core inductors, audiophile-grade capacitors, and precision Vishay resistors. KLH claims a -2dB bass response of 30Hz and dispersion of 145 degrees; my brief listen suggested both numbers are realistic, and also that the speaker sounds quite good. 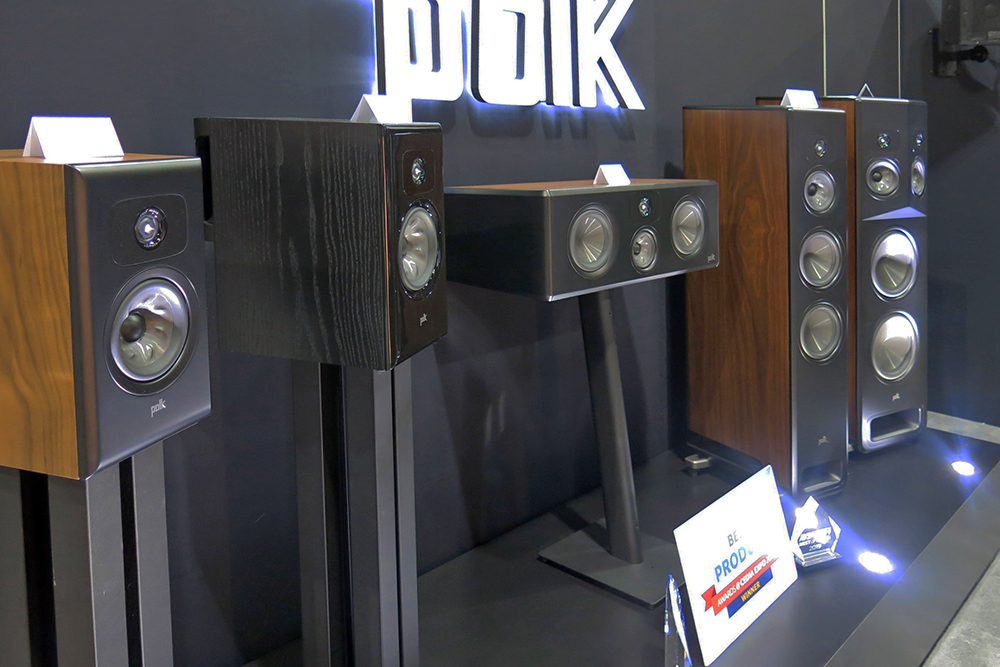 Polk debuted the flagship of the new Legend Series speaker line, the L800, only 19 miles away at last week’s Rocky Mountain Audio Fest, but at the CEDIA Expo the company showed the full Legend line. From left to right, there’s the L100 and L200 bookshelf models ($1199/pair and $1799/pair, respectively), the L400 center speaker ($1799 each), the L400 tower ($1999 each) and the L800 ($2999 each). Unlike the L800, which reprises Polk’s Stereo Dimensional Array (SDA) technology, the other Legend-series speakers are conventional designs. All use the company’s new Pinnacle ring-radiator tweeter, as well as a new Turbine Cone design for the midrange/woofers with stiffening ribs stamped into the drivers’ diaphragms.