The 2017 CEDIA Expo incorporated all sorts of diverse technologies and specialties, from audio and video to home automation and more. While walking the show, I found a lot of interesting products that didn’t fit into the product categories I was covering, but that I thought deserved attention. Here are a few of them, with all prices in USD. 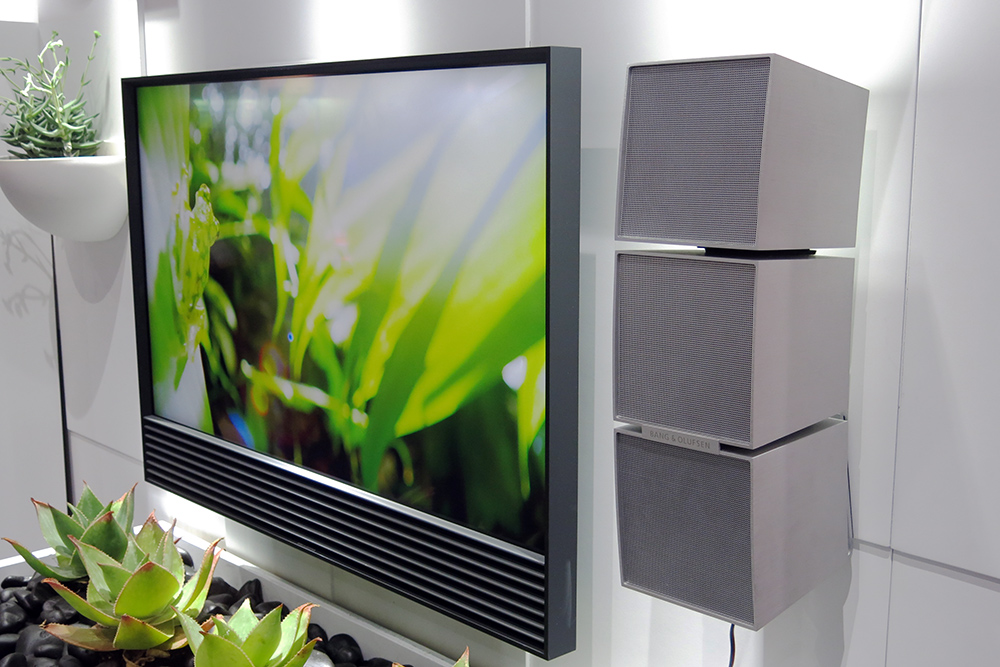 The Terrestrial Line Array represents a collaboration between Bang & Olufsen and Origin Acoustics. It’s a line-array speaker intended for outdoor use. The line array makes sense outdoors, where so much sound power is lost to the open air (because a line array’s vertical dispersion is limited, it produces considerably more useable output than a conventional speaker at the same distance). It’s a 70V system, which means numerous speaker cubes can be daisy-chained. An array can consist of two to six cubes; using more cubes results in a greater line-array effect. Each cube incorporates a 5" full-range driver. The arrays can be attached to a ground spike or to a wall, and can also be hung. Pricing has not yet been determined. 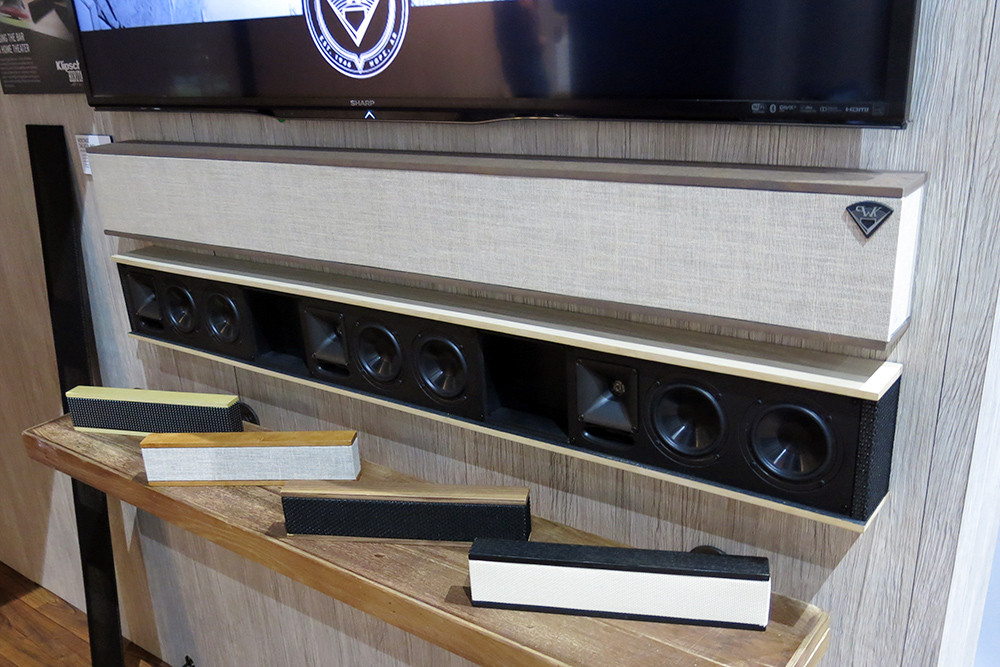 I didn’t devote much attention to soundbars, a category that could have filled yet another column in my 2017 CEDIA Expo coverage, but I couldn’t finish my coverage without showing you the Klipsch Heritage Soundbar, which obviously looks radically different from any other product in the genre. It’s available in four wood finishes (Cherry, Walnut, Black Ash, and Stressed Oak), as well as in custom materials and finishes, and with a variety of retro-styled grilles. The Heritage Soundbar is a passive model, with speakers for left, center, and right channels; each channel gets two 4" midrange-woofers and a 1" horn tweeter. The length of the soundbar can be customized to fit the width of your TV. It’s built in Hope, Arkansas, and is expected to cost about $2000. 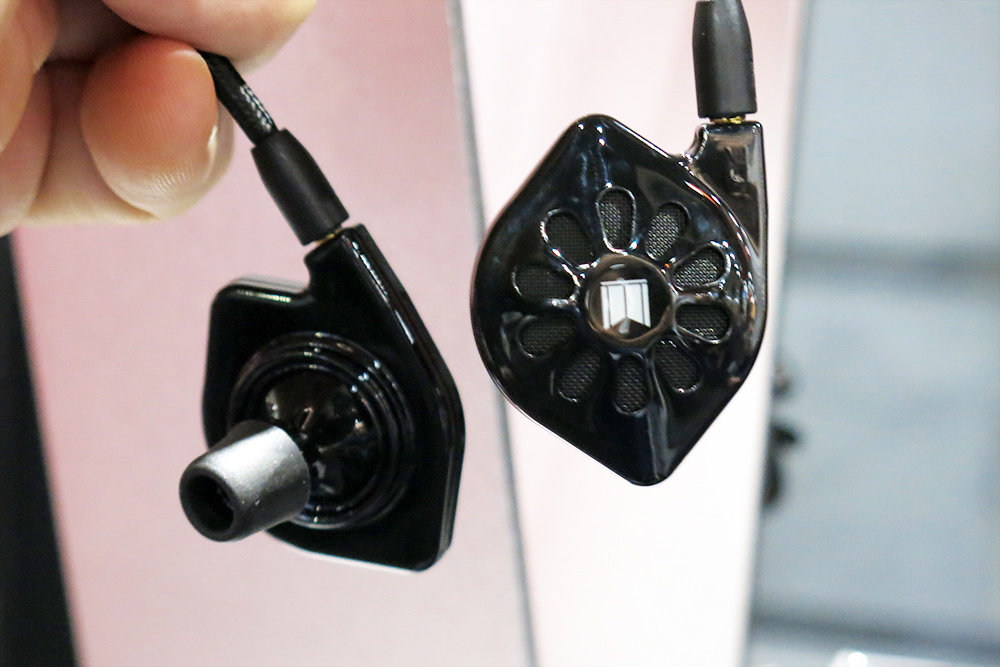 Monoprice’s Monolith M300 earphones look almost identical to the Audeze iSine10 earphones I recently raved about, but at $149 they’re only one-third of the price. Each earpiece has a 28mm planar-magnetic driver. A Monoprice rep told me they’re voiced to be a little brighter than the iSine10s, with more extended and detailed treble. They’re expected to start selling in the first week of October. 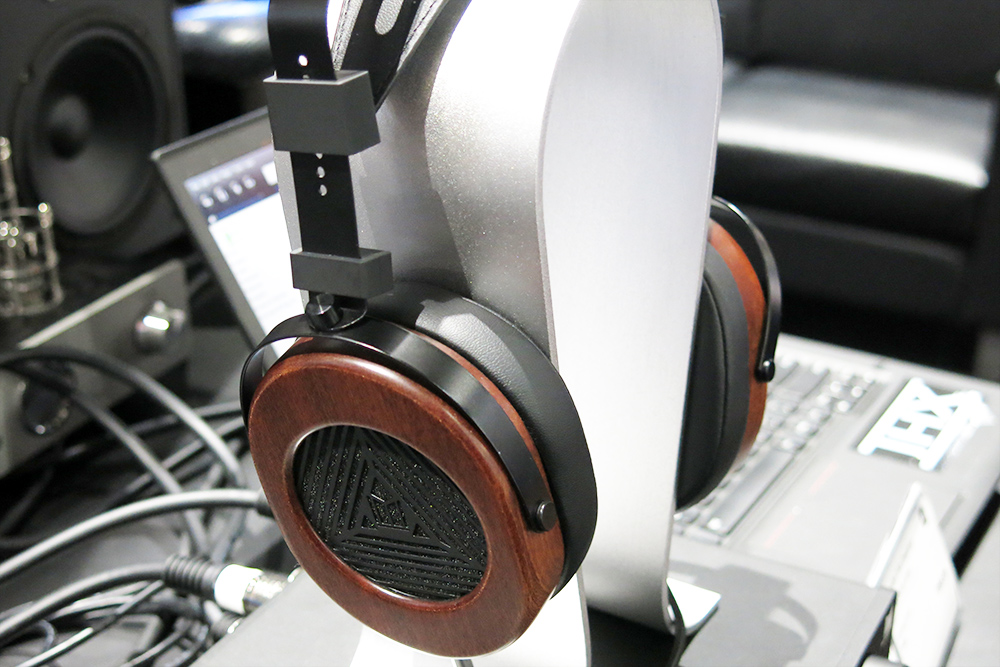 The Monolith M565 was Monoprice’s other shockingly affordable planar-magnetic headphone model shown at the 2017 Expo. At $199, the M565s cost $100 less than most entry-level planars, but its earcups are smaller and lighter than the ones used on most planar-magnetic headphones, and the driver in each earcup measures 66mm -- much smaller than the 106mm drivers used in the company’s $299 M1060 headphones, although I didn’t notice any lack of bass response when I listened to them. 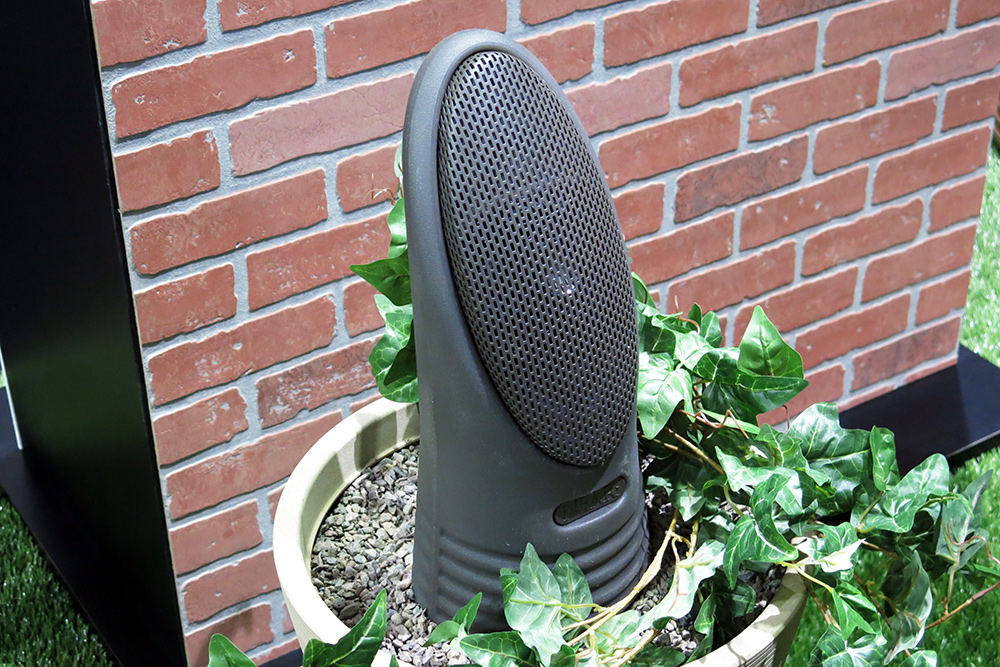 I’m not thrilled that NEAR’s IG44.1 Nearscapes outdoor speakers remind me of Jar Jar Binks’s eyes, but acoustically, the design of this on-ground speaker makes sense because it projects sound up and away from the ground. The Nearscapes can be run as 16-ohm speakers or as 70V speakers, for use in huge daisy-chained outdoor speaker systems. A system with four speakers and an in-ground sub costs $3744. The same system with a DSP-controlled 350Wpc stereo amp costs $4744; the DSP features include parametric EQ, delay, and limiting. 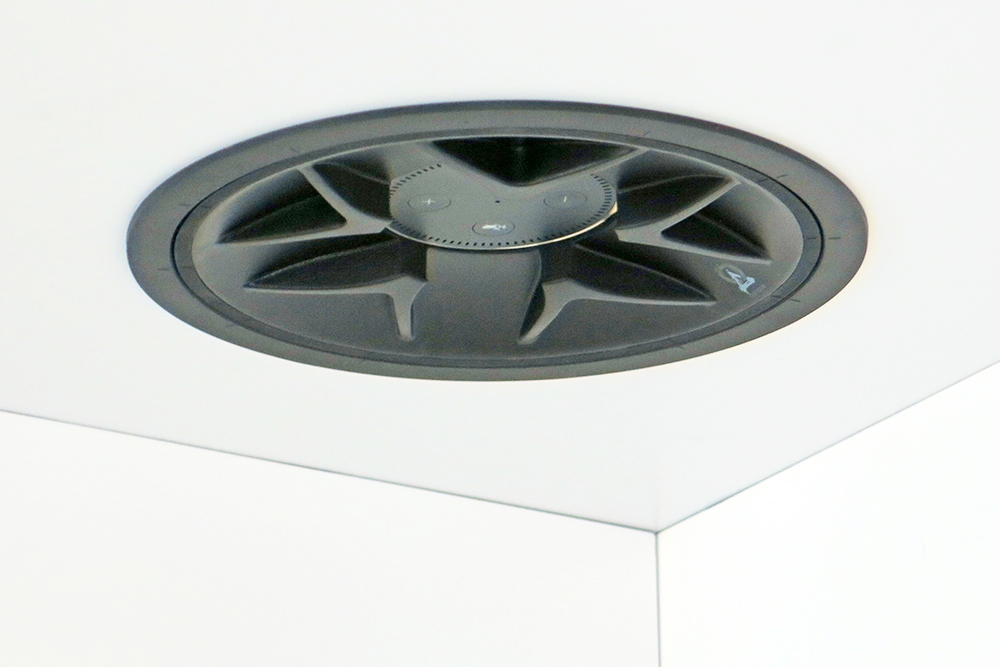 From what I overheard, the most talked-about product at the 2017 CEDIA Expo was Origin Acoustics’ Valet amplifier -- not because of the amplification, but because of what it connects to. The amp connects to four Amazon Echo Dot devices, which obey voice commands and stream music from a variety of services. In-ceiling mounts for the Dots are provided, along with grilles that make them look like just another in-ceiling speaker. The Valet provides eight or 12 channels of amplification at 50Wpc, at $1500 and $2000, respectively. It connects to each Dot through a standard RJ-45 cable that carries power to the Dot and audio signals back from the Dot. Use the Valet with a pair of in-ceiling or in-wall speakers, and you have a completely concealed, high-quality sound system that works exactly like one of Amazon’s hyper-popular Echo smartspeakers. 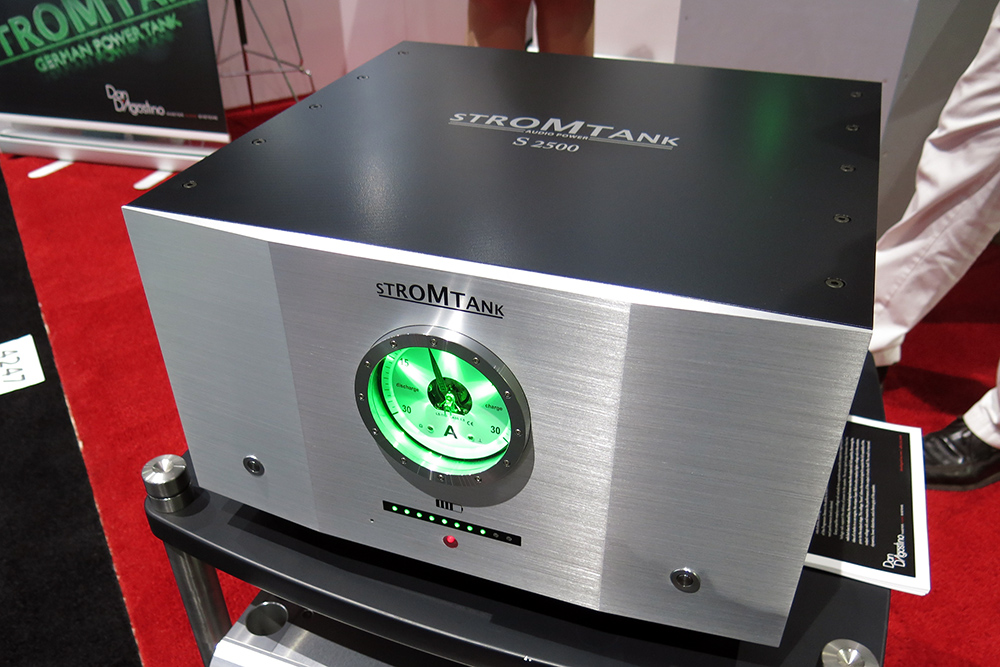 Stromtank’s S 2500 is a smaller, more affordable version of the company’s larger uninterruptible power supply systems. It runs off an internal battery said to provide 2500W of power for four to five hours. Because it’s a battery-based system that connects to wall AC only when being recharged, it completely isolates any connected gear from impurities in the AC power coming from the wall socket. The S 2500 is available in silver or black for $19,500. A larger version with about double the power, the S 5000 HP, costs $39,000. 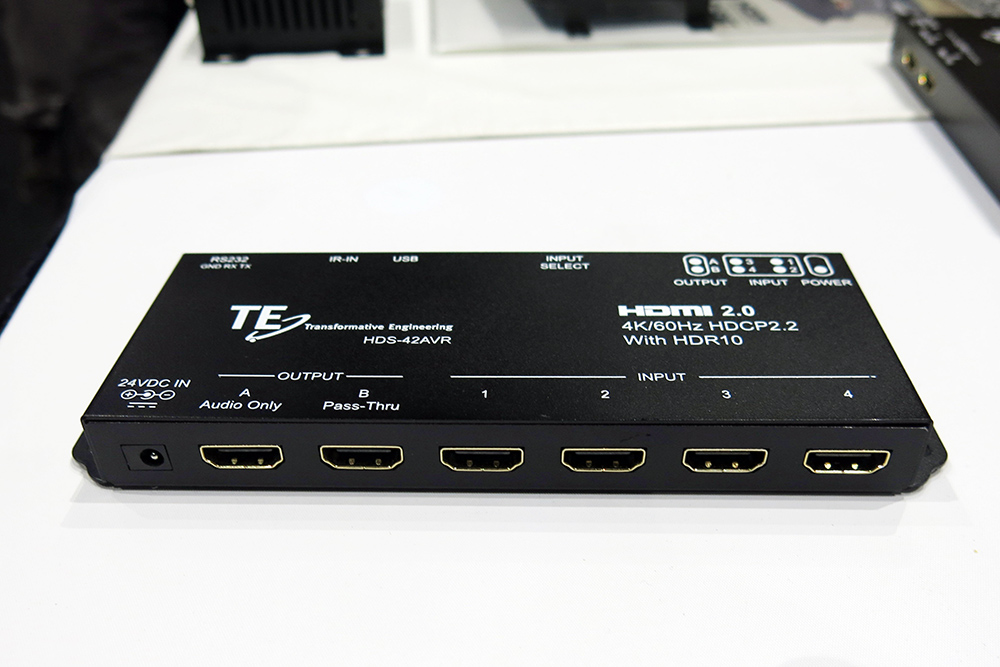 The HDMI capabilities of receivers and surround processors often become outdated just a few years after they’re purchased. Transformative Engineering’s HDS-42AVR can fix that. It’s an up-to-date four-input HDMI switcher with remote control, designed to be piggybacked onto existing receivers and processors. It comes with an IR remote control, so programmable remotes can be set to switch the HDS-42AVR’s input along with the receiver or processor. There’s an HDMI out that goes to the monitor, and an audio-only HDMI output that goes to the receiver or processor. Price is $400, but Outlaw Audio is planning to offer a special price on the HDS-42AVR to owners of its Model 975 surround preamp, which the company will pre-program with control codes that work with the Model 975’s remote. 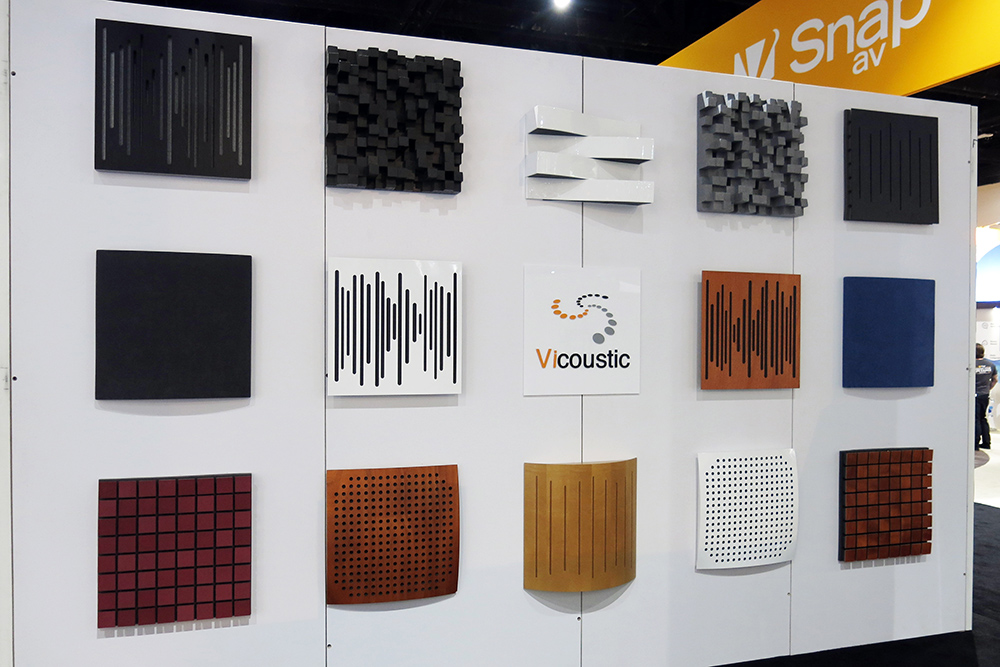 Acoustic treatment is another category that could have filled an entire column, but the one that most captured my attention was Vicoustic, which the company says is used in a large number of recording studios worldwide. Not only do the products come in all sorts of cool styles, as you can see here, but for a modest charge (the company estimated $50 to $100, depending on the project) the company will specify an acoustic treatment system that fits your budget, and send you a detailed proposal showing what the effects on the room acoustics will be. An entry-level system costs about $2500 to $3500, while a complex system for a large room might run as much as $15,000.