When it comes to audio electronics, the 2017 CEDIA Expo, which took place at the San Diego Convention Center (and was just about to close as I write this from the front lobby of the SDCC), focused mostly on surround-sound and multiroom audio gear. But there were a few new products of interest to two-channel audio aficionados. Here are the most interesting ones I found, with all prices in USD. 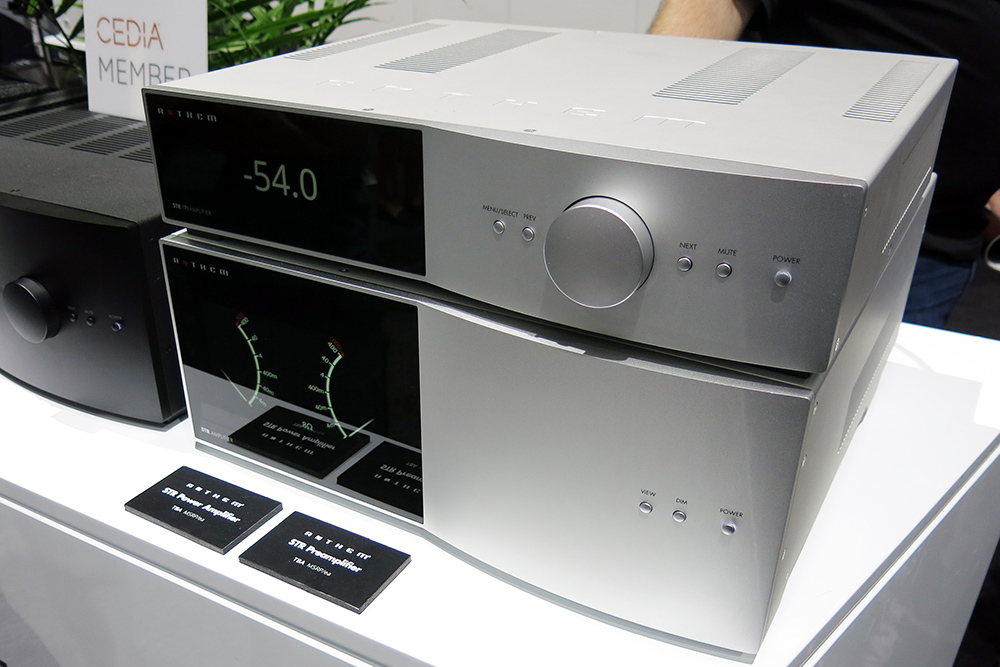 Anthem’s STR Power Amplifier and STR Preamplifier are based on the STR Integrated Amplifier, which the company debuted at last year’s CEDIA Expo. The STR Preamplifier has a wide variety of digital inputs, including USB and even AES/EBU, and also has a phono input compatible with MM and MC cartridges, plus analog XLR and RCA inputs. The STR Power Amplifier is a class-AB design rated at 400Wpc into 8 ohms. Its front power meters can be set to also show such functions as internal temperature. The STR prices are TBA.

I haven’t mentioned surround sound much here, but I thought the $6000 Lexicon MC-10 surround preamp was worth including because it’s one of the first products of the recent purchase of Arcam by Harman International, Lexicon’s parent company. The MC-10 is basically an Arcam processor with a few features added, including Lexicon’s proprietary Logic7 Immersion mode, a version of the company’s well-regarded Logic7 matrix decoding technology that works with height speakers. 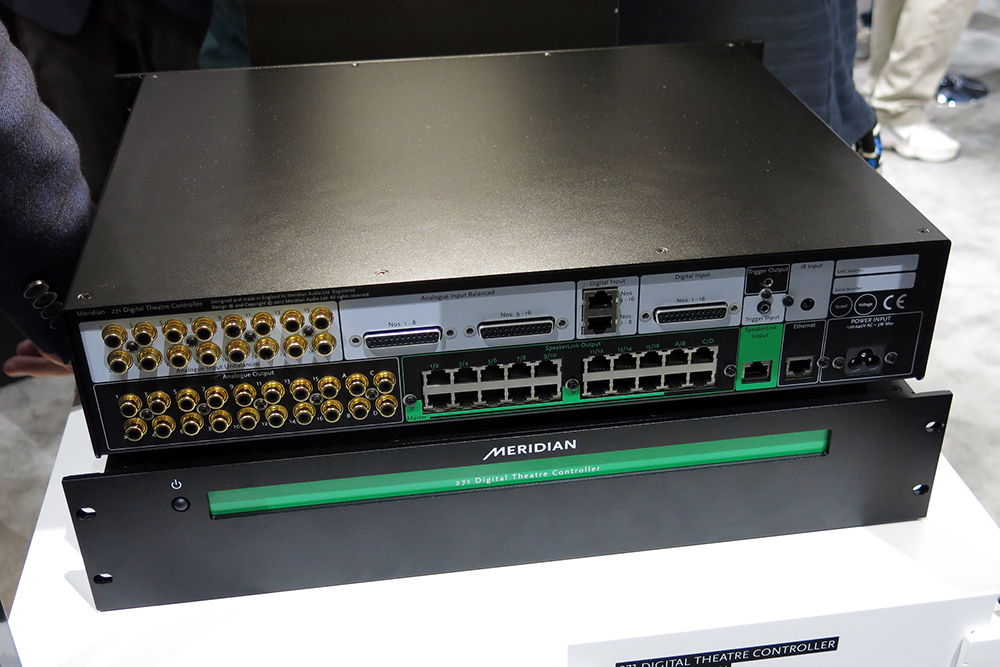 Meridian’s $3000 271 Digital Theater Controller may look like an anonymous audio appliance, but it’s actually something audio aficionados have long awaited: an easy way to interface Meridian’s active speakers with other manufacturers’ gear. It takes analog signals (up to 16 channels) from any surround preamp/processor, digitizes them, and sends them out through Meridian’s SpeakerLink digital interface. 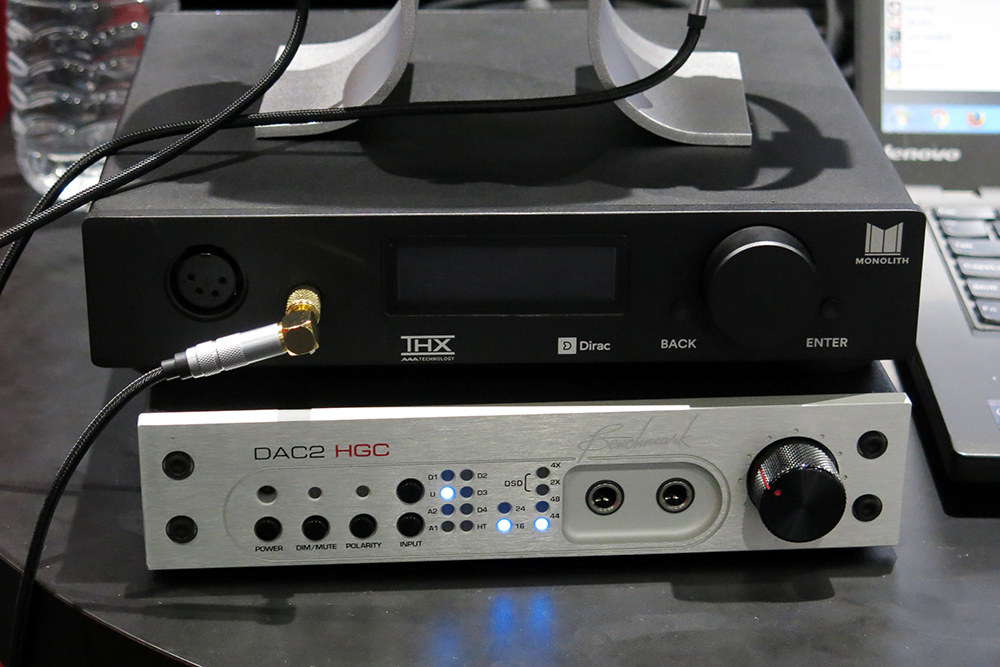 For audiophiles, the most exciting new product at the 2017 CEDIA Expo was almost certainly the $1495 Parasound Halo JC 3 Jr., which was designed by John Curl, who is easily the best-known designer of phono preamps in audio history. It’s the first Halo product to use a 1U (single-height) rack-mount chassis. RCA inputs and RCA and XLR outputs are provided. Gain can be set for 40, 50, or 60dB, so the sensitivity can be tuned to suit unusual cartridges such as high-output moving-coil models. Input loading can be set to 47k ohms for MM cartridges, or adjusted from 50 to 550 ohms for MC cartridges. It’s also the only phono preamp I can remember seeing with a 12V trigger input that allows it to turn on automatically when used with preamps having a trigger output. 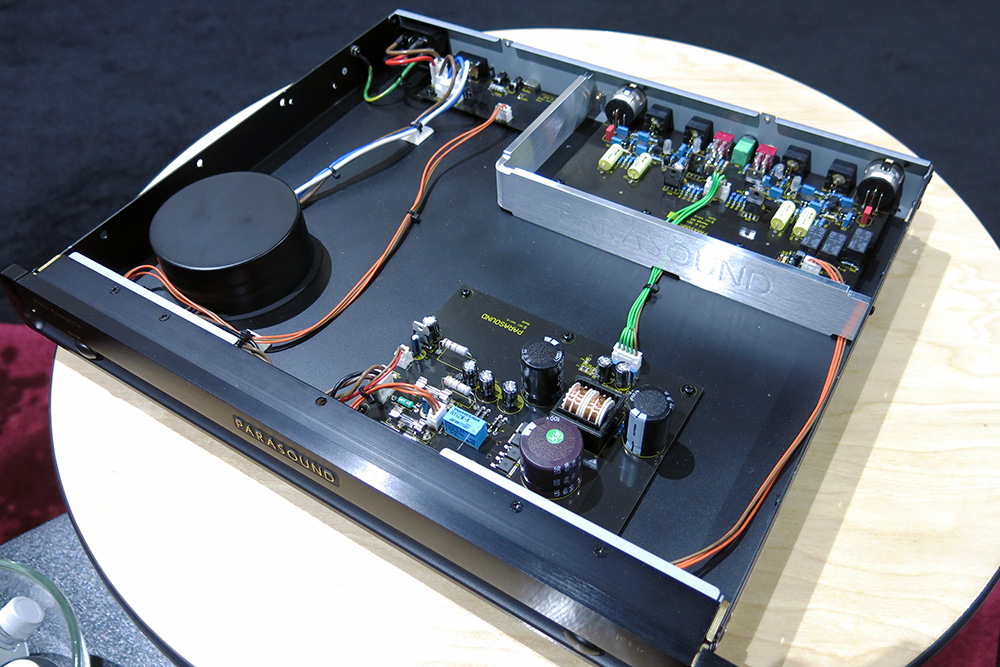 This shot shows the internal construction of the Parasound JC 3 Jr. The power supply uses a toroidal transformer to help control magnetic energy emissions, and a thick aluminum shield creates a “vault” that further protects the sensitive phono preamp circuits from interference. 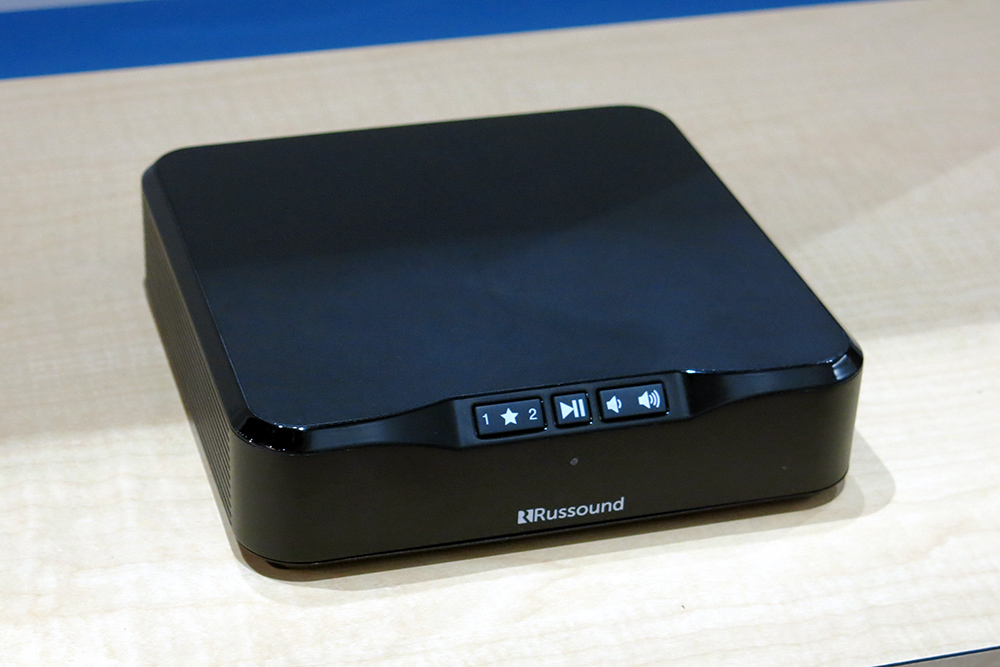 Russound’s MBX-AMP is essentially a super-smart stereo amplifier. It can be controlled through Amazon Alexa devices, and has AirPlay and Bluetooth built in. The amp is rated at 50Wpc and also includes a subwoofer output. While one MBX-AMP can be used in a simple, one-room system, it’s really intended for multiroom use; a single home can use as many as 32 MBX-AMPs. Price is expected to be about $500. 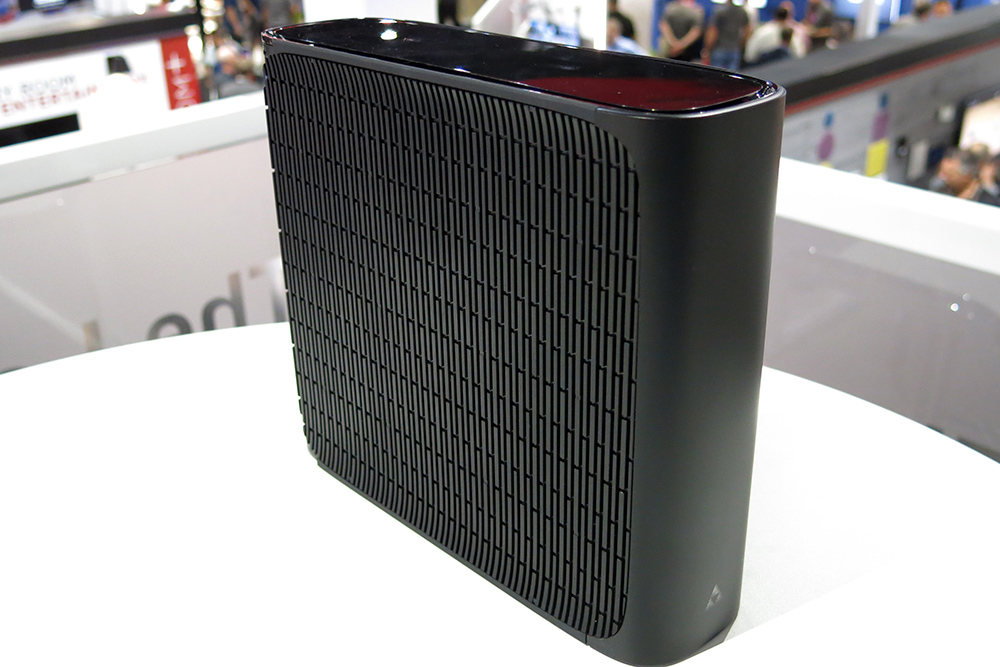 Home-automation company Control4 recently bought Triad, a producer of highly acclaimed in-wall and freestanding speakers. The $700 Triad One is one of the first products to show their collaboration. It’s a 100Wpc stereo amp with Internet streaming built in, and it also has an array of digital inputs for direct playback from digital sources, computers, and USB sticks. Using Control4’s own control apps, the Triad One can access a variety of Internet streaming services, and the company expects to add MQA capability in the future. It can be used on its own, but its “highest and best use” is to add more zones to an existing multiroom audio system. Control4’s Composer Pro software can create high-pass and low-pass filters for subwoofer crossovers, as well as a ten-band EQ for tuning whatever speakers are connected to the Triad One. 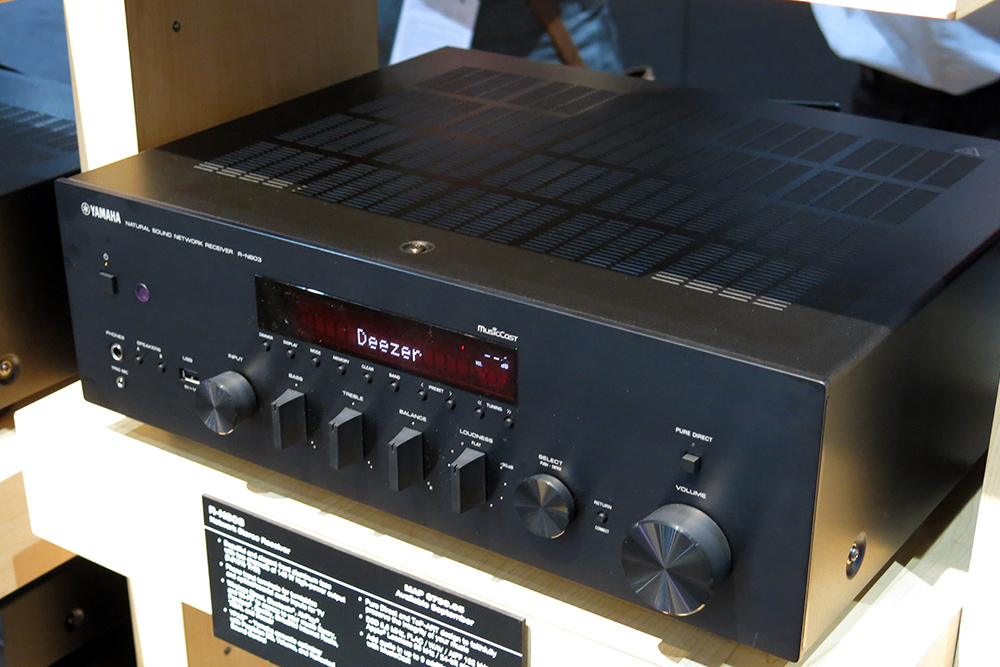 I think Yamaha’s $799 R-N803 (shown here) and $299 R-N303 were the only stereo receivers introduced at the 2017 CEDIA Expo. Both differ from the company’s past stereo models because they focus on network connectivity. The R-N803 is rated at 145Wpc and incorporates various wireless technologies, including Yamaha MusicCast, AirPlay, and Bluetooth. It also has a phono input and a DAC that accepts PCM digital audio up to 24/192 resolution and DSD at resolutions up to 5.6MHz (double-speed). Yamaha’s YPAO acoustic optimizer is included, which is surprising because auto room EQ functions, useful as they can be, are rare on stereo products. The R-N303 has a similar feature set but only 100Wpc and no YPAO.