The Custom Electronics Design and Installation Association Expo, better known as the CEDIA show, kicked off on September 14 in Dallas with a handful of press events and a special press-only preview event. Most of the audio products at CEDIA are targeted at built-in, multiroom audio systems or custom home theaters, but because almost all the major audio manufacturers attend, you never really know what you’re going to encounter. Despite today’s abbreviated schedule, I found a few products that shocked and surprised me -- and that anyone involved in audio would have to be pretty curious about.

Here are the half-dozen most interesting audio products I found on the day before CEDIA Expo 2016 officially began. All prices in USD. 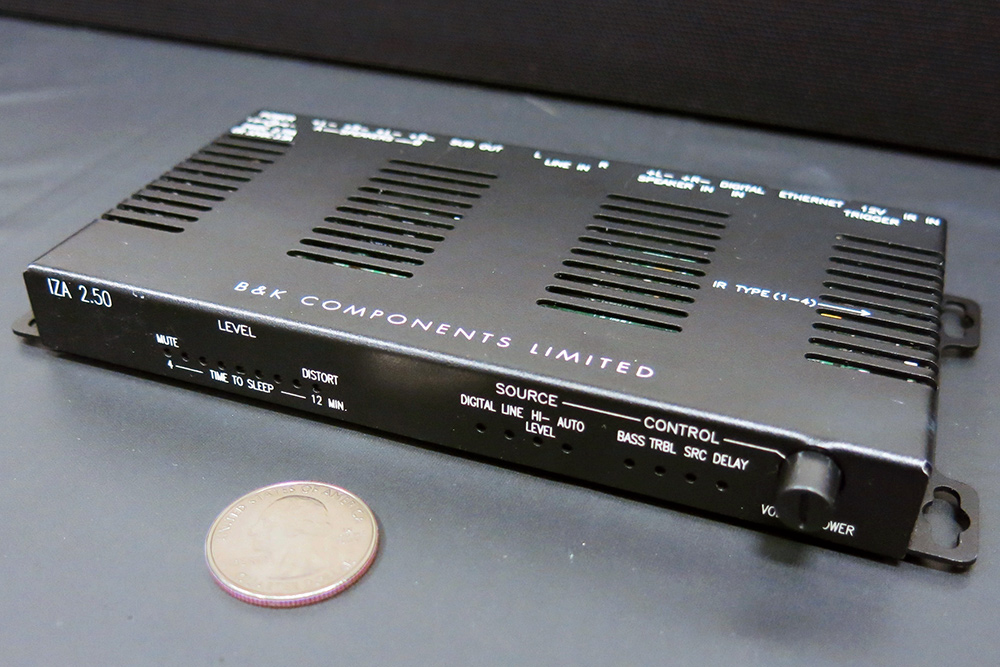 B&K went bankrupt in 2010, but the brand has been resurrected by Sound Components, a Canadian audio distributor. The most interesting B&K offering is the IZA 2.50 stereo amplifier, pictured here next to a US 25-cent coin. It measures just 17mm thick, yet puts out 25Wpc with its stock power supply and 50Wpc with its upgrade power supply. Features include TosLink optical, 3.5mm analog line and speaker-cable connections, bass and treble controls, and a subwoofer output. It also slips into a slot on the backs of B&K’s three new passive soundbars (which are made by Triad). The company is not revealing retail prices; it’s leaving that up to its dealers. 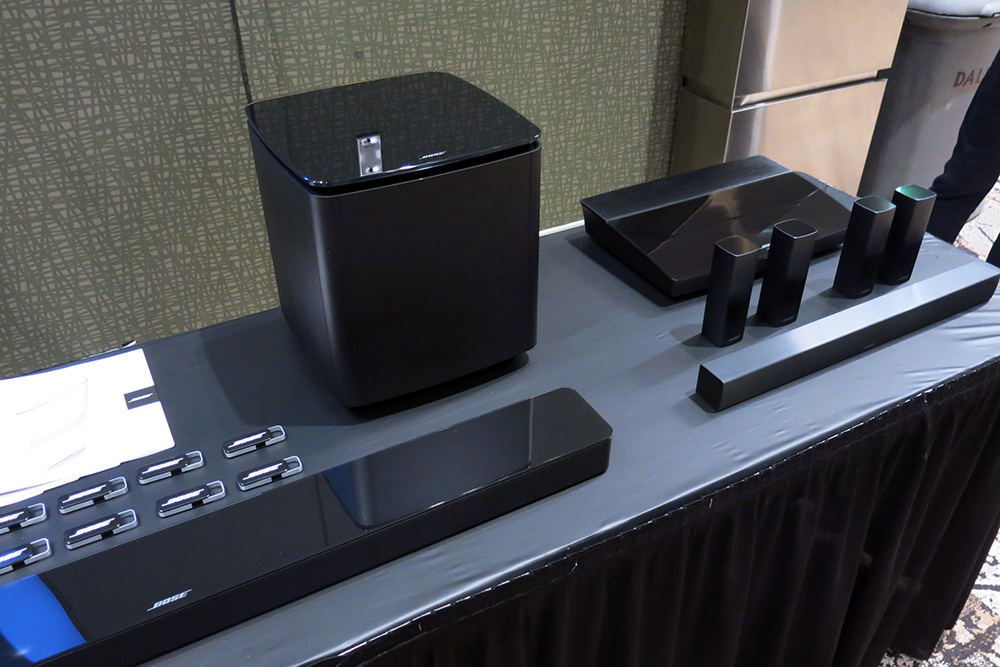 Bose’s $699 SoundTouch soundbar (left) is clearly aimed at the Sonos Playbar. It’s compatible with Bose’s SoundTouch multiroom audio technology, and also includes Bluetooth. Analog and TosLink optical inputs are provided for connecting a TV. The $699 Acoustimass 300 bass module (center) can be added for more bottom end, and wireless surrounds can be added for $299 each. The $3999 Lifestyle 650 system (right) includes the Acoustimass 300, a control/amplification module with six HDMI inputs, a long center speaker, and four new Omni Jewel satellites, each of which has two drivers mounted in a vertically opposed configuration so they can vent sound in every direction. 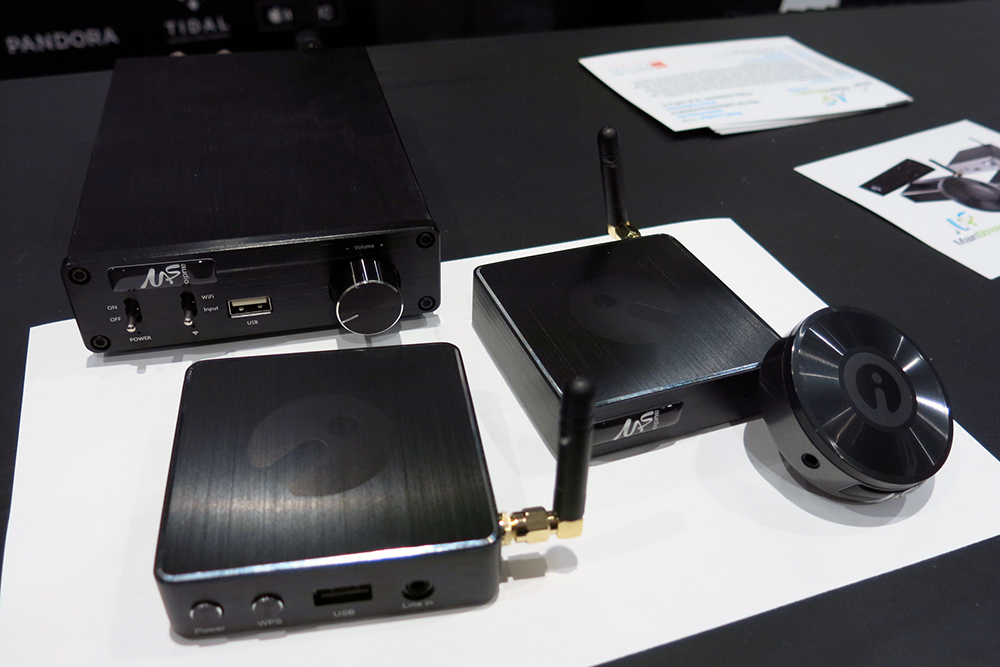 MainStream Audio’s goal is to deliver Sonos-like convenience with high-end quality. Its line consists of four multiroom adapters, each of which connects through Wi-Fi, and can play music from hard drives, computers, and 13 different Internet streaming services. An iOS/Android app controls playback. There’s an affordable $99 adapter with line output, a step-up $224 adapter with a 24/192 DAC and high-resolution capability, a $274 model that adds analog and USB inputs, and a $439 model with all of those capabilities plus an 80Wpc stereo amp. As many as 12 units can be used together. 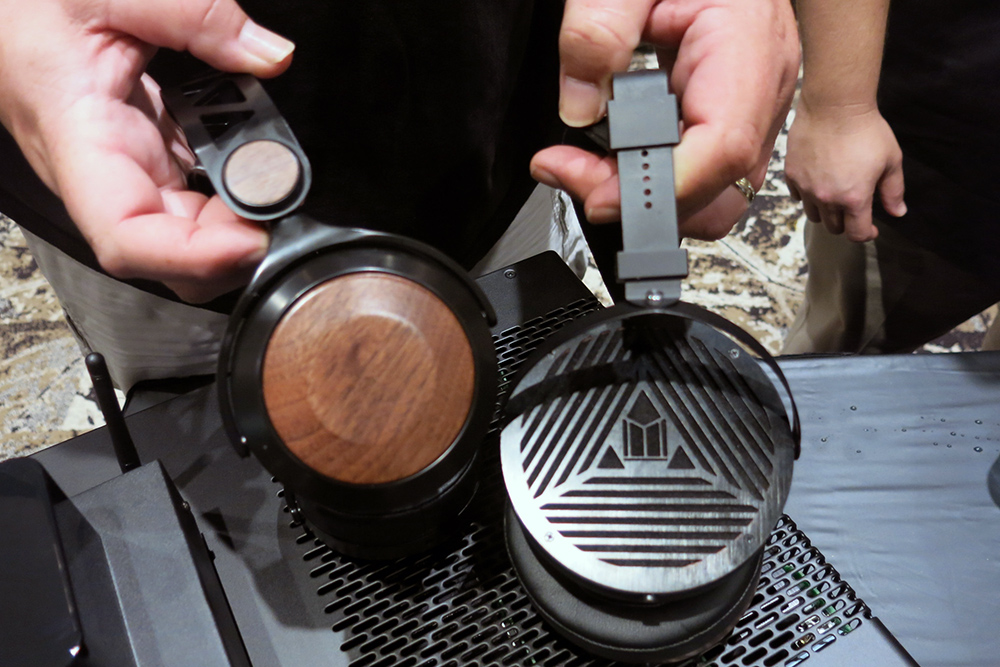 Here’s proof that you never know what you’re going to find at CEDIA: on display were Monoprice’s first planar-magnetic headphones, which, unlike most of Monoprice’s past products, are clearly aimed at audio enthusiasts. The $199 M560s (left) employ 56mm planar-magnetic drivers, and have removable wooden back plates so you can use them open-back or closed-back. The $299 M1060s (right) use 106mm planar drivers, and look tantalizingly similar to HiFiMan’s $899 HE-560s. 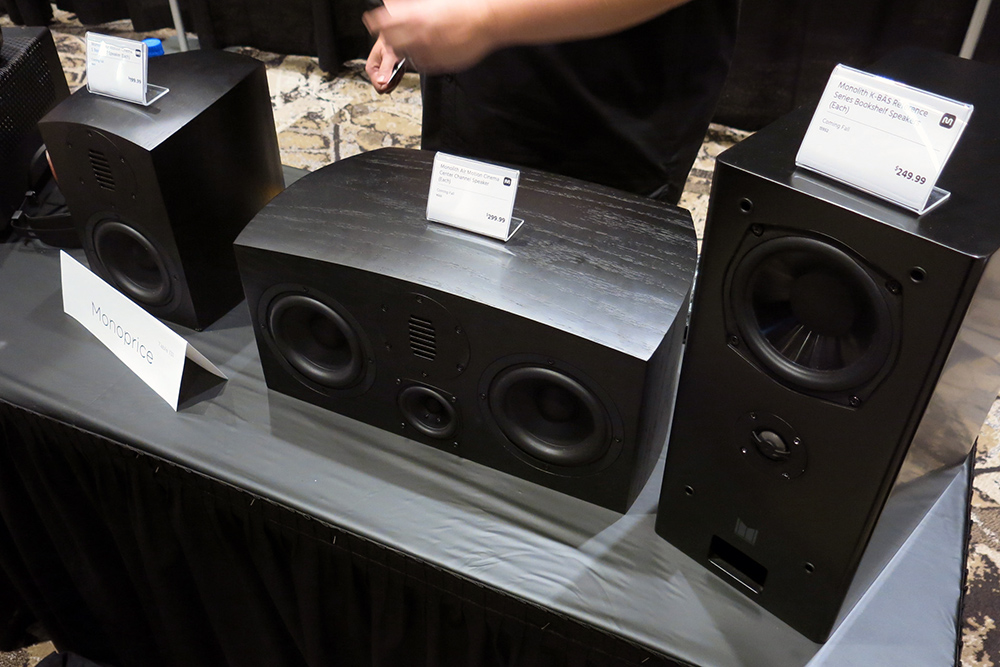 Another surprising step up for Monoprice are the new Monolith speakers, which are priced to compete with the more affordable offerings from the big-name speaker companies. The $199-each Air Motion Cinema satellite (right) and $299-each Air Motion Cinema center speaker (center) use AMT tweeters, popularized on speakers from GoldenEar Technology and MartinLogan. The $249-each K-BĀS Reference is similar to Atlantic Technology’s AT-2 bookshelf speaker, and uses the same H-PAS acoustical bass reinforcement technology. 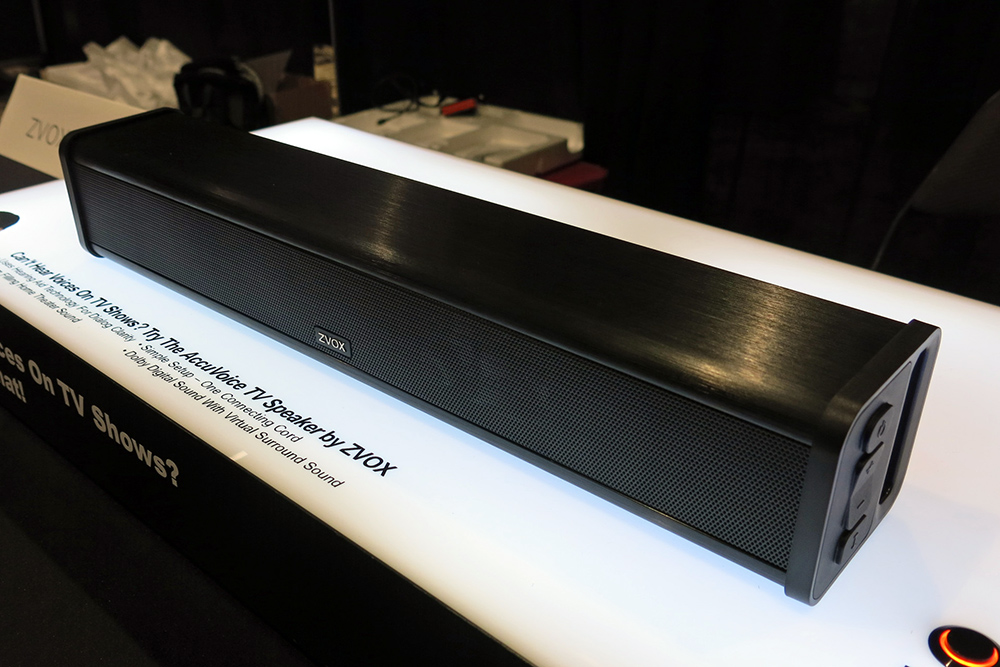 Zvox’s AccuVoice TV speaker is CEDIA’s clear winner in the “audio product you’re most likely to buy for your parents” category. You might want one for yourself, too, if you have trouble understanding dialogue in TV shows. The AccuVoice TV is a small, $249 soundbar intended primarily to enhance voice clarity for TVs, although company president Tom Hannaher told me it sounds good with music, too. Hannaher said the patent-applied-for technology extracts vocals and dialogue from audio signals, EQs them to enhance clarity, then blends them back in. The unit has three long-throw 2” drivers in a ported enclosure. It includes TosLink optical and analog inputs, and has an output that can feed headphones or a subwoofer.