Audio shows are understandably but sadly rare in the COVID-19 era, but happily, the relatively small (and manageable) CanJam SoCal headphone show was able to take place, at the Irvine Marriott in Irvine, California, just south of Los Angeles. All show attendees were required to be vaccinated (on the honor system) and wear masks, and we could take some comfort in the fact that California currently has the lowest rate of COVID-19 transmission in the US. Most exhibitors were careful to clean the headphones and earphones with sterile wipes after every use, and hand sanitizer was readily available. 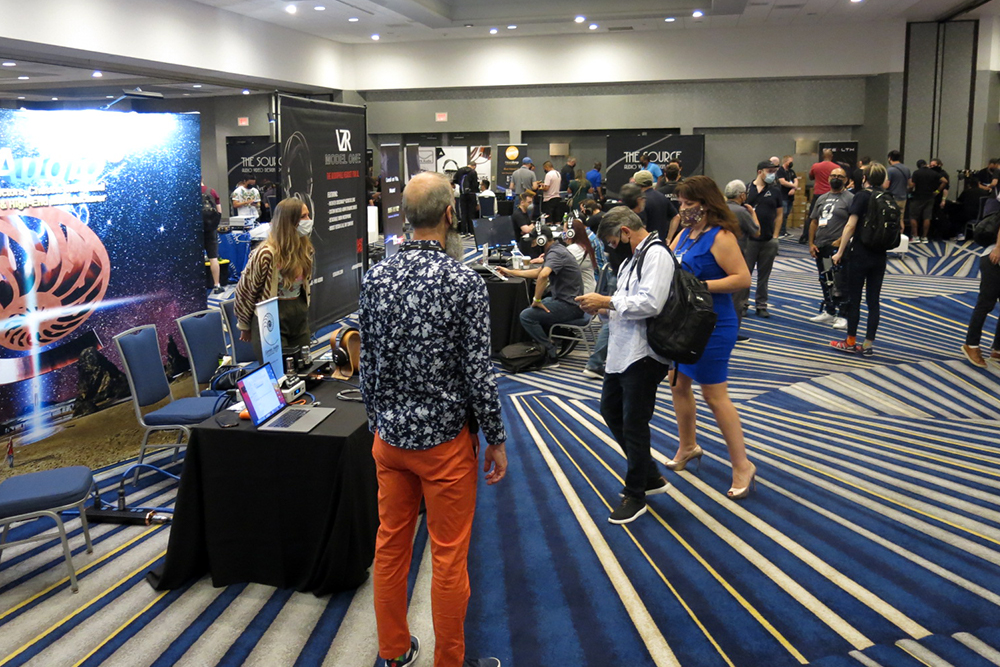 The show was well attended and the crowd enthusiastic—there was a long line to hear the new Audeze LCD-5 headphones, and most of the listening chairs at all the booths were always full. Here are some of the most interesting products I saw, with all prices in US dollars. 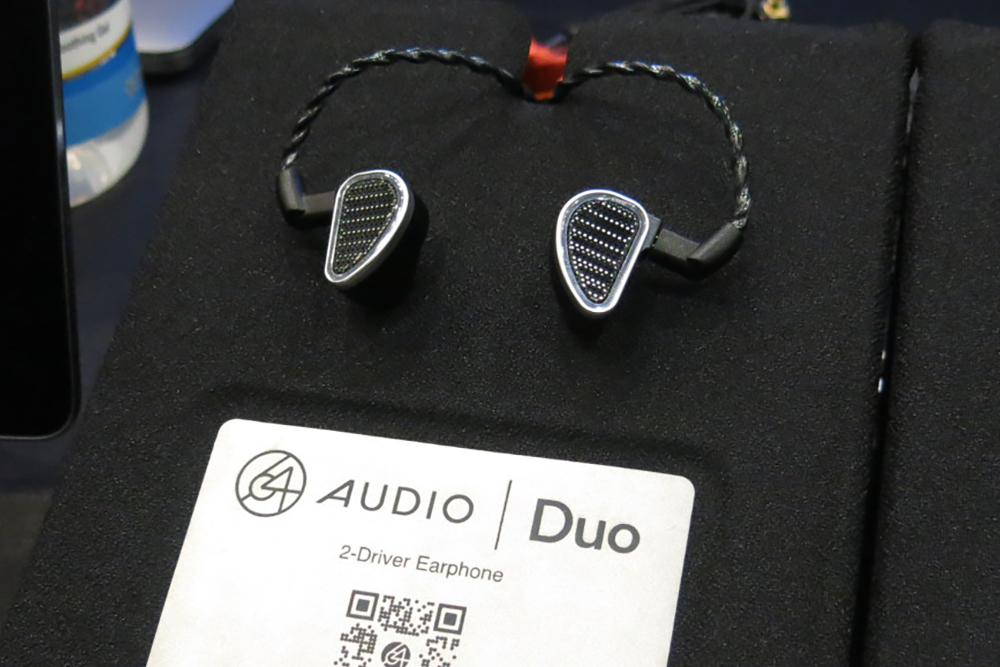 The new Duos from 64 Audio ($1199) are that rarity of rarities: open-back earphones. The Duos have two drivers per earpiece: a balanced armature and a 9mm dynamic driver. The balanced armature uses 64 Audio’s TIA technology, in which the armature’s diaphragm vents freely into an acoustic chamber rather than through a sound tube in a small metal enclosure. Because the Duos are an open-back design, they have less isolation than most earphones—64 Audio rates it at -12dB average, while most earphones deliver more like -30dB isolation above 1kHz. Expect a review of these on SoundStage! Solo very soon. 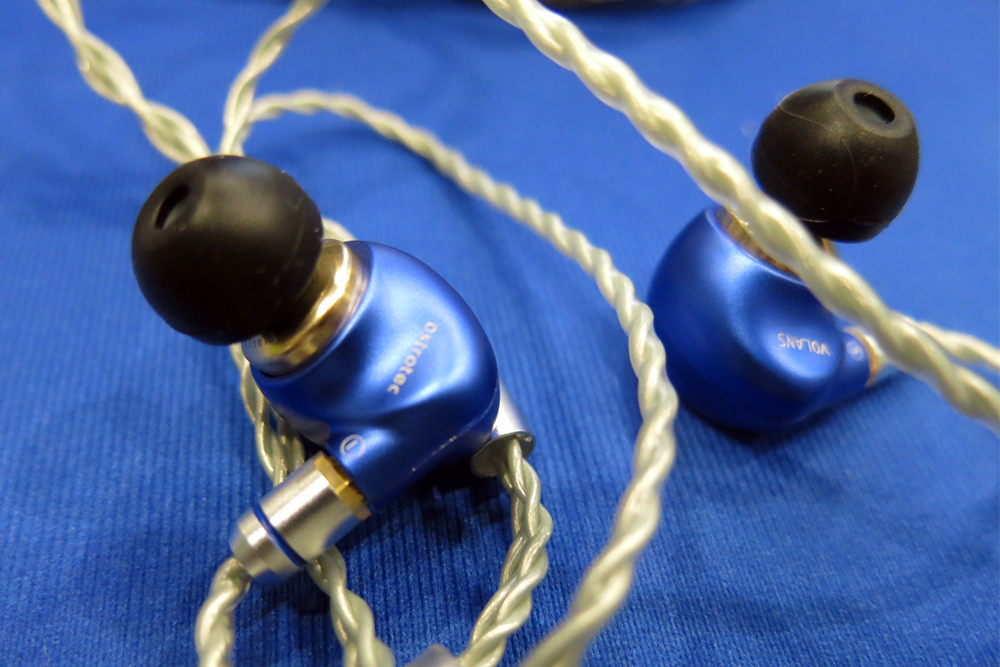 Astrotec is an earphone brand I’d never heard of—and still don’t know much about because info at CanJam was scarce—but I want to hear more. The $329 Volans earphones shown here use a single 10.5mm dynamic driver with a multilayer biocell diaphragm, which should do a good job of damping resonance, and the enclosure and driver are made primarily from brass. I thought the sound was a little bit bass-shy but generally very flat and detailed in the midrange and treble. I’m hoping to get a chance for a longer audition of these earphones. 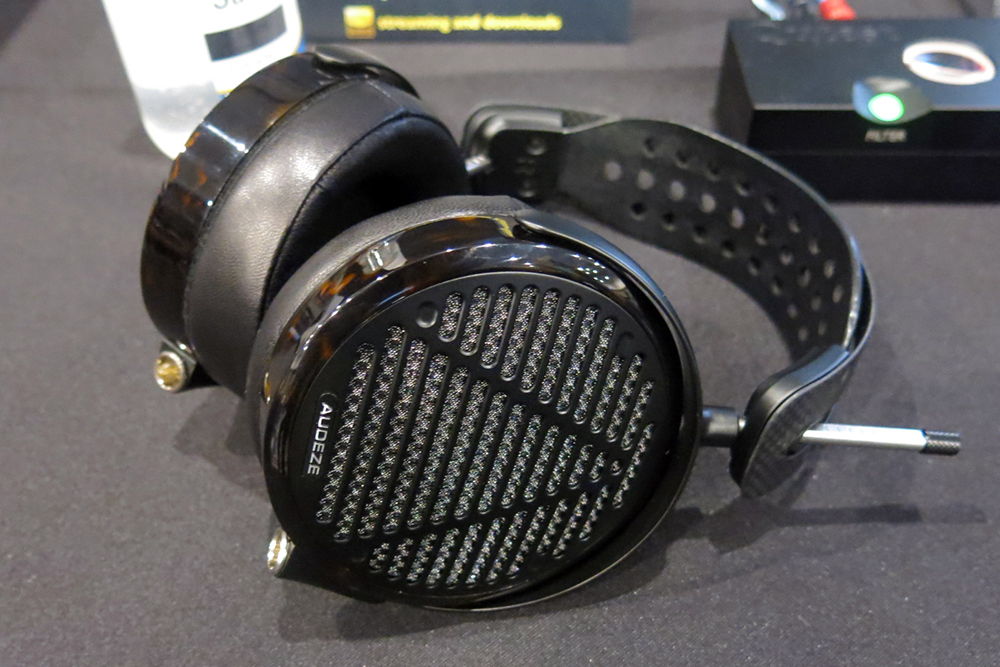 Certainly, the biggest buzz and the longest line at CanJam SoCal was for the Audeze LCD-5 ($4500), the company’s flagship planar-magnetic headphone model. The LCD-5s are designed with a new, patented Parallel Uniforce diaphragm and a driver structure that’s intended to reduce internal reflections so the diaphragm can breathe more freely. I didn’t listen to them (I’ve been promised a review sample), but I was surprised, when I grabbed them for this photo, to feel how light they are: just 420 grams, which is one-third less than the previous planar-magnetic flagship, the LCD-4 headphones. 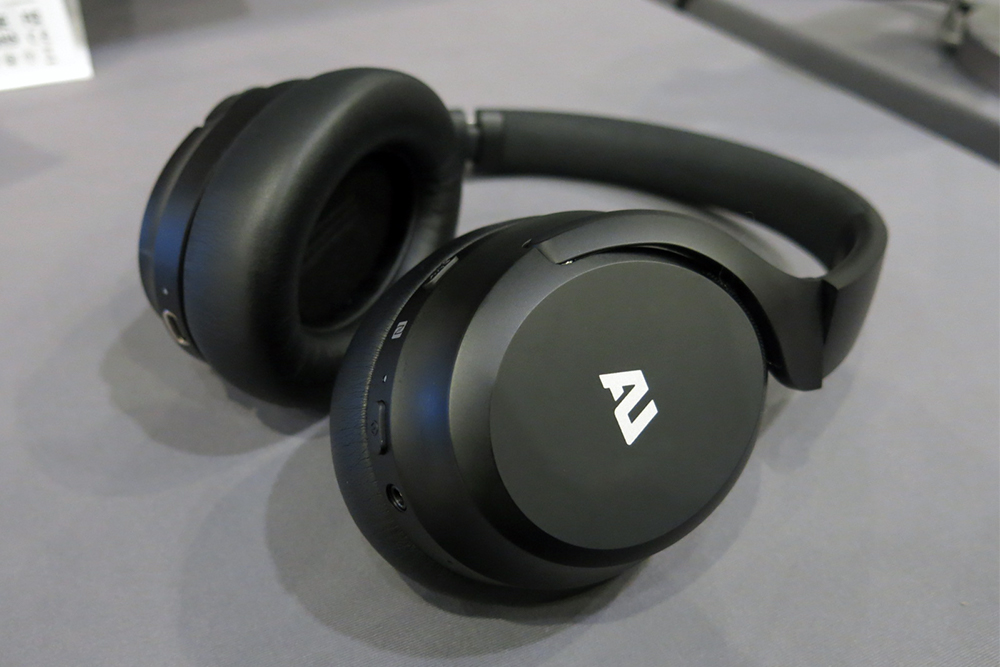 Among the few really mainstream cans at CanJam SoCal were the new Ausounds AU-X ANC headphones ($399)—which, if memory serves, are the first noise-canceling planar-magnetic headphones I’ve seen. The show floor at CanJam didn’t have enough low-frequency noise for me to judge the noise canceling, but the Bluetooth-equipped AU-X ANCs were comfortable and seemed to sound pretty good. A touch-sensitive panel on the right earpiece controls play/pause, volume, and track skip. They’re expected to hit the market on October 1. 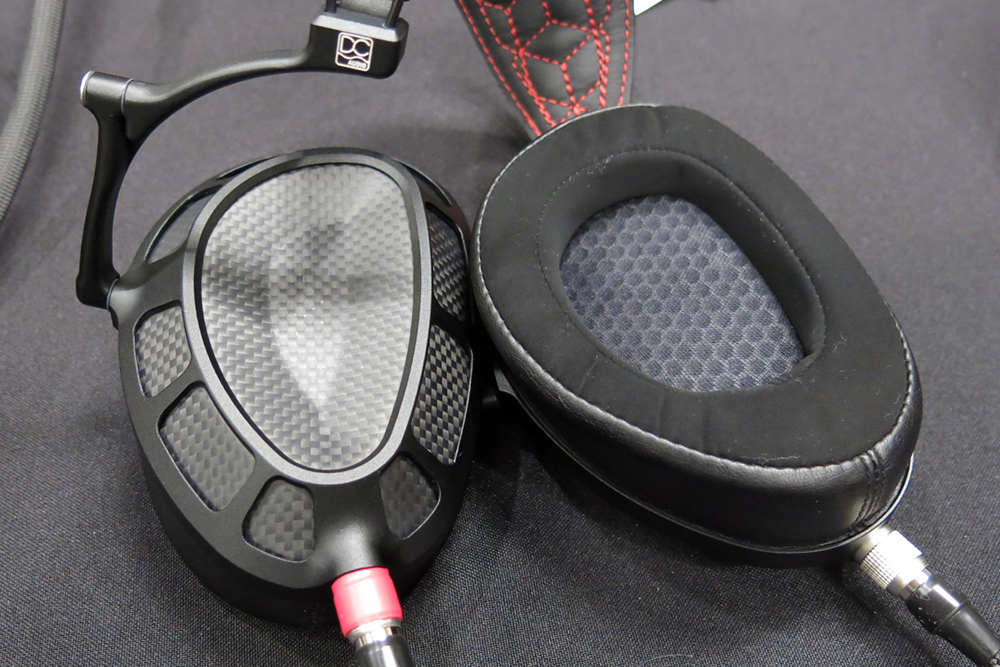 The Stealth headphones ($3999.99 with your choice of cable) are the new flagship cans for Dan Clark Audio. The Stealths are a clean-sheet planar-magnetic design with closed-back left and right enclosures made from carbon fiber and aluminum; the total weight of the headphones is just 415g. The design uses the folding gimbal found on previous models, so the headphones fold up very small and pack into an unusually compact travel case. Cool as they look, the real innovation is the . . . 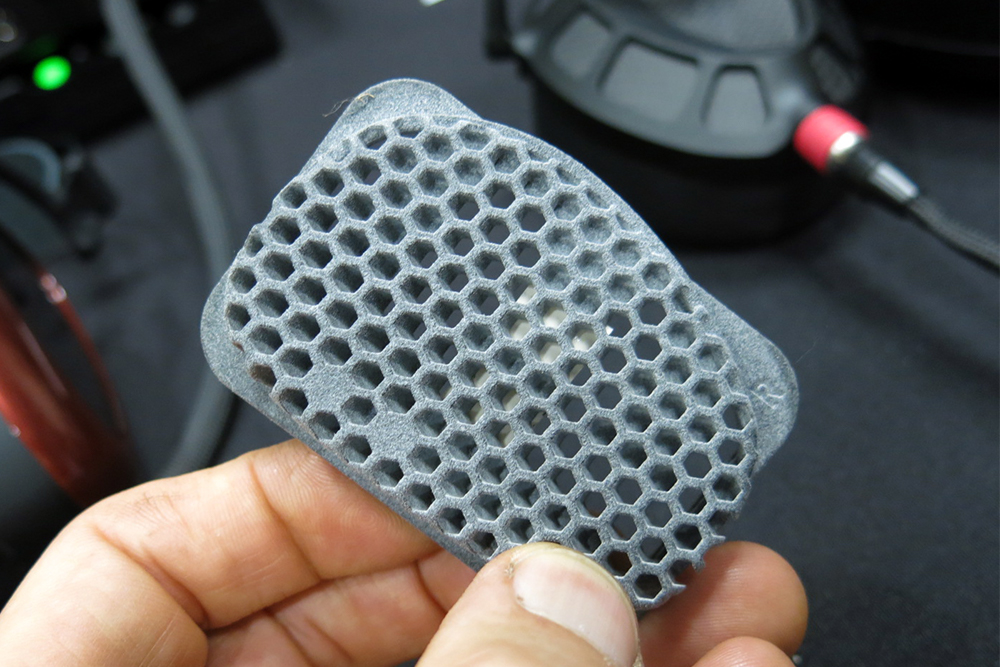 . . . Acoustic Metamaterial Tuning System (AMTS), a baffle that fits in front of the driver to tune its response. According to company founder Dan Clark, some of the tubes in the honeycomb baffle work as quarter-wave resonators, others as waveguides, and it affects frequencies from 5 to 20kHz. He said the AMTS allows the Stealth headphones to be the “most tight to Harman curve ever made.” 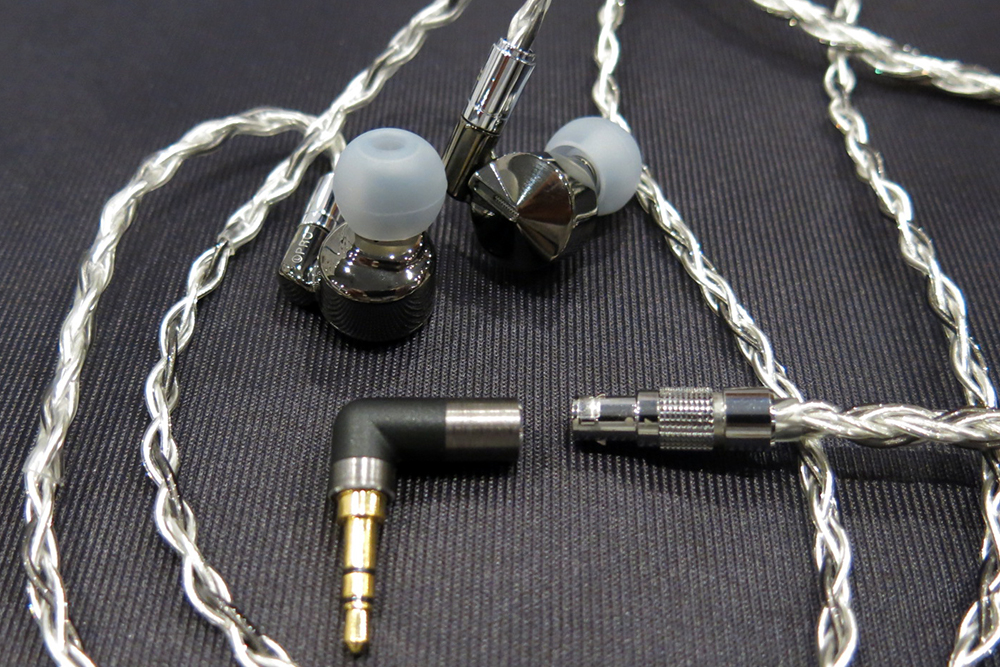 Dunu is another very interesting brand I’d never heard of; its CanJam display focused on single-driver earphones. There are a lot of interesting features to this line, which includes the second-from-the-top Zen Pro earphones shown here ($899.99). First is the patented multi-plug cable design (shown at the bottom of the photo), where the cable will take any of four different plugs: 3.5mm stereo, 3.5mm balanced, 2.5mm balanced, or 4.4mm balanced. A spring-loaded collar allows you to change the plugs in seconds. Higher-end models include all four plugs; with lower-priced models, you pick the plug you need. Also cool is the proprietary Eclipse dynamic-driver design . . . 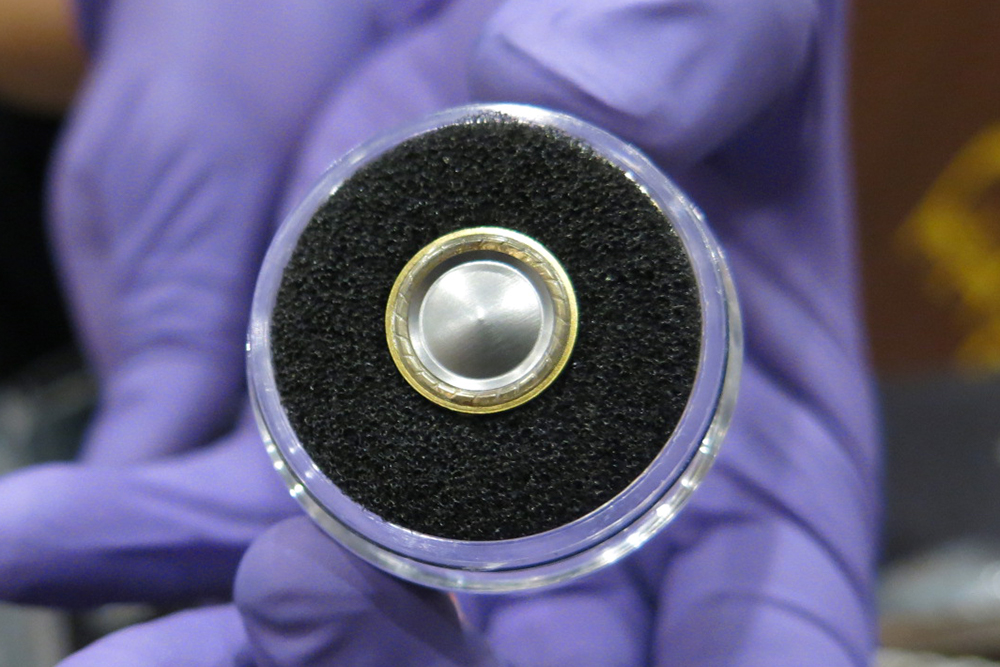 . . . which uses a tiny metal diaphragm with a polyurethane surround, so it works much like a tiny conventional speaker driver because the metal is stiffer than the typical plastic diaphragms found in dynamic earphone drivers, and the compliant surround produces less distortion and more excursion than drivers that attach the diaphragm directly to the driver frame. The Zen Pros have a 13.5mm magnesium driver with a coating of diamond-like carbon (DLC) to stiffen it. The flagship Luna earphones ($1699) use a pure-beryllium driver diaphragm.