The last time I attended AVS was back in 2019. I recall that there were a number of vendors selling LPs at the PGE Narodowy stadium, but this year it seemed like they had seriously multiplied. On the main floor of the stadium, there were two separate areas, each occupied by several different vendors. While there were some CDs for sale, the vast majority of these sectors were taken up with vinyl. Lots of vinyl.

I don’t buy LPs at overseas shows, as I’m not keen on the idea of lugging the records back to Canada. I’ve done it in the past, but carrying them around along with my duty-free liquor always seems to end up with the corners getting all dog-eared. While I could jam them into my suitcase, I’m uncomfortable with this plan, as I’m too worried they’ll get all bent up. 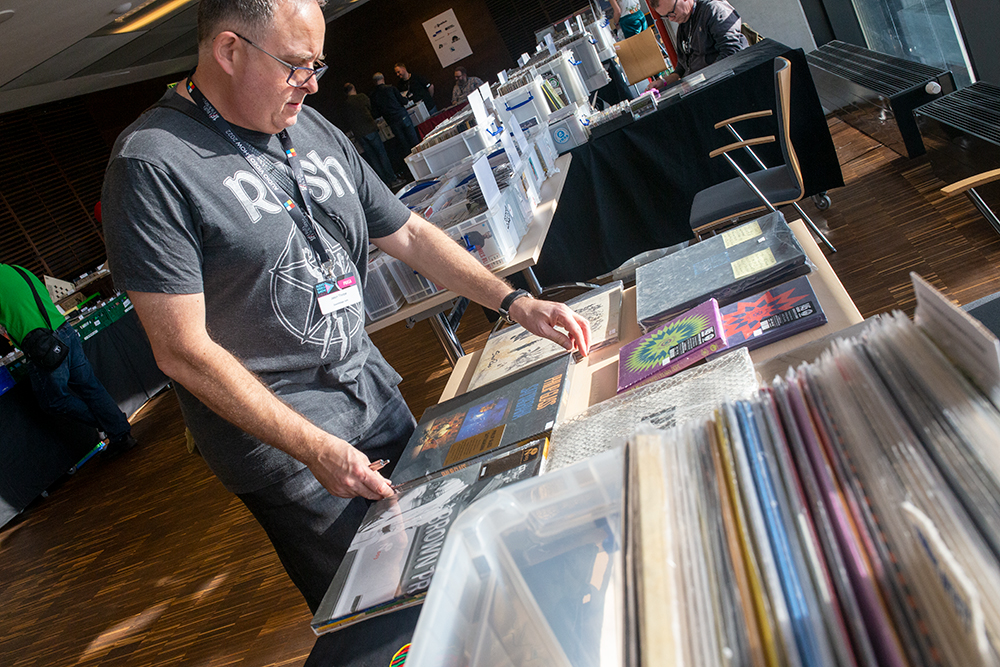 So I browsed, flipped through, and tried to get a feel for what’s hot in Warsaw.

In both sections of the PGE Narodowy stadium, and in the hallway of the Golden Tulip hotel, I found box after box of carefully curated records, ranging from audiophile favorites right through to boxes of traditional Polish folk music. 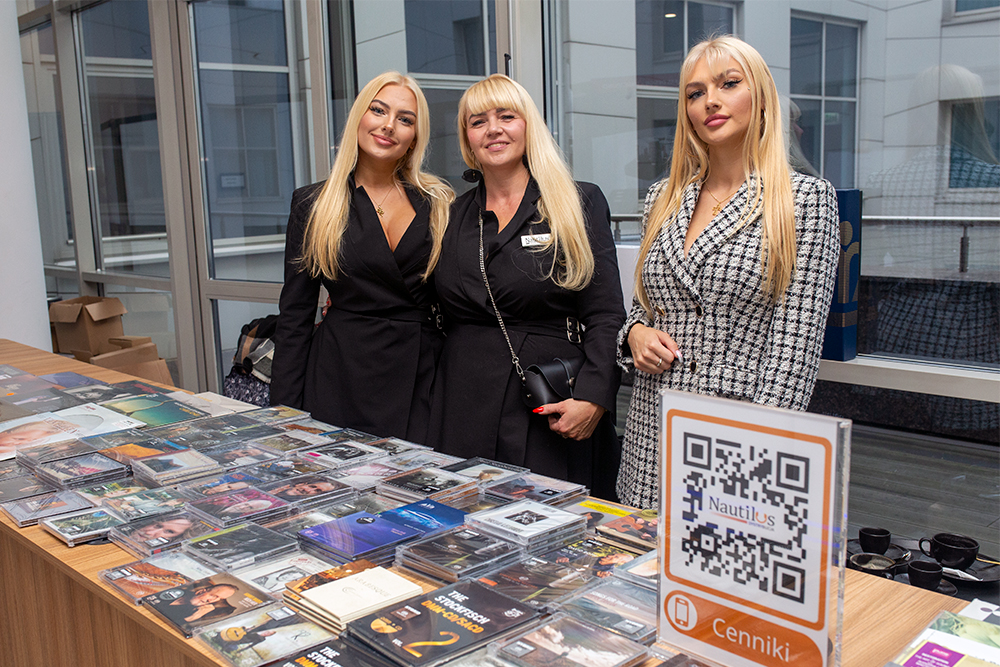 Blue Note Tone Poet reissues seemed over-represented, as well as Music on Vinyl pressings. But what really startled me was the wide selection, with left-field records such as Belinda Carlisle’s live recording bumping shoulders with Van Halen reissues, all of which were fighting it out with Diana Krall for prominence.

The majority of the bins were full of new records, although there were a good bunch of used LPs. I saw a few boxed sets, including a UHQR Kind of Blue for a decent price, if I did my math right. 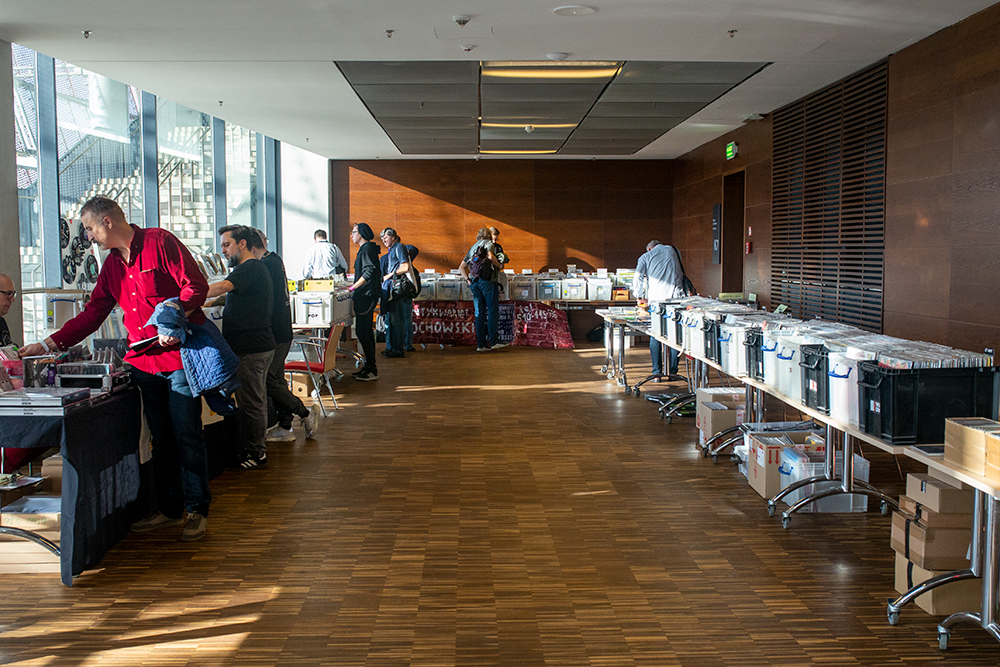 As I sit here in the bar of the Radisson Blu Sobieski hotel, I can see out of the corner of my eye a young couple—about 30 years old each, I’d guess—who just sat down for lunch and plonked a pile of about six new LPs on the table in front of them. The young man has on a pylon-orange jumpsuit with a representation of a turntable and tonearm emblazoned on the front. There’s hope for the world yet.