I’m going to finish off my show reporting with my last series of electronic products. At this, the close of the Audio Video Show 2019, I’d like to draw your attention to the sheer number of products we’ve presented in this show coverage. It’s a large cross-section of items, but without trying too hard I know that -- if we had time -- we could have unearthed a significant number of additional components.

The Warsaw show is huge, and it’s held in a city full of history and heritage, a city where a buck goes a long way, the food is great, and the people are friendly. If you have a chance, this is a magnificent show that you really need to see for yourself.

All prices are shown in Polish zlotys (zł), euros (€), or US dollars ($). (Currently, the zloty trades at approximately US$0.26. Note that prices in Europe typically include value-added tax, which in Poland is 23%.) 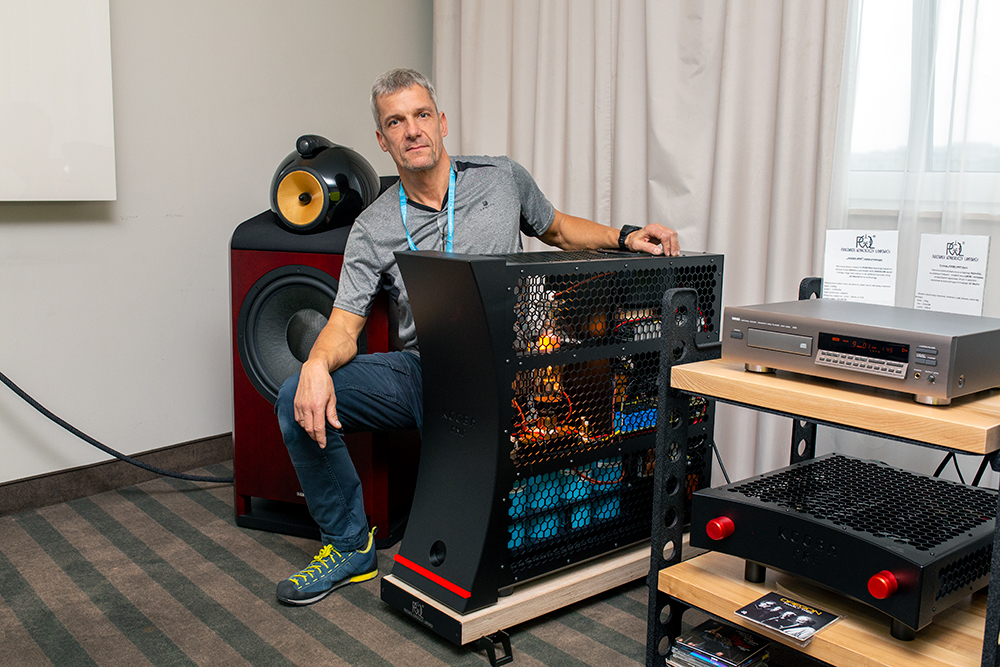 I’m writing this after having a chance to digest what I just saw. And that’s the largest tube amp I’ve ever seen in my life. Not the amp with the most tubes -- no, rather, it’s quite simply the biggest, most Frankensteinian amp I’ve experienced. An amp that scared me, that I was afraid to touch.

Information was sketchy from the hosts of the room as we had to translate via two different languages in a broken-telephone manner. That said, we did manage to get a photo of the designer, Slawek Siedlecki, with his monstrous creation. Anyway, there are seriously lethal voltages buzzing through PWL’s Kooba monoblock amplifier, which retails for zł200,000 each. The Kooba utilizes 6FAG radio tubes, and I can confirm that it heats up a hotel room like nobody’s business.

By the way, if you want to know what PWL stands for, it’s this: Pracownia Wzmacniaczy Lampowych. PWL seems so much easier. 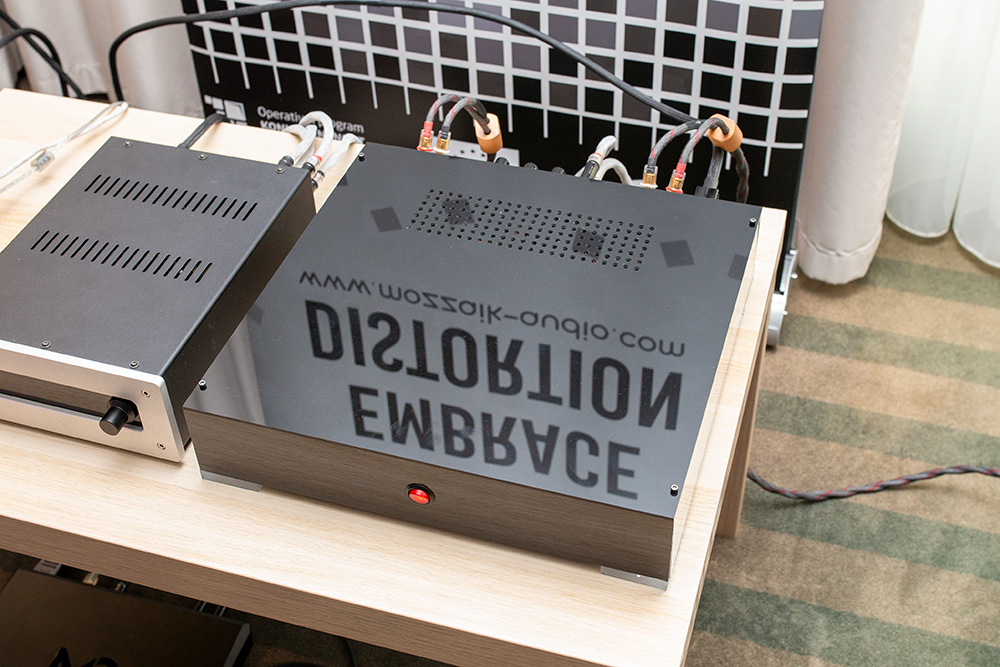 Embrace distortion! That’s what the sign hanging above Mozzaik Audio’s first product, the Mozzaik 1 amplifier-processor, said. You can see it reflected in the top panel!

The Mozzaik 1 is a prototype, and the company has yet to set a price, but we were able to glean a number of details. 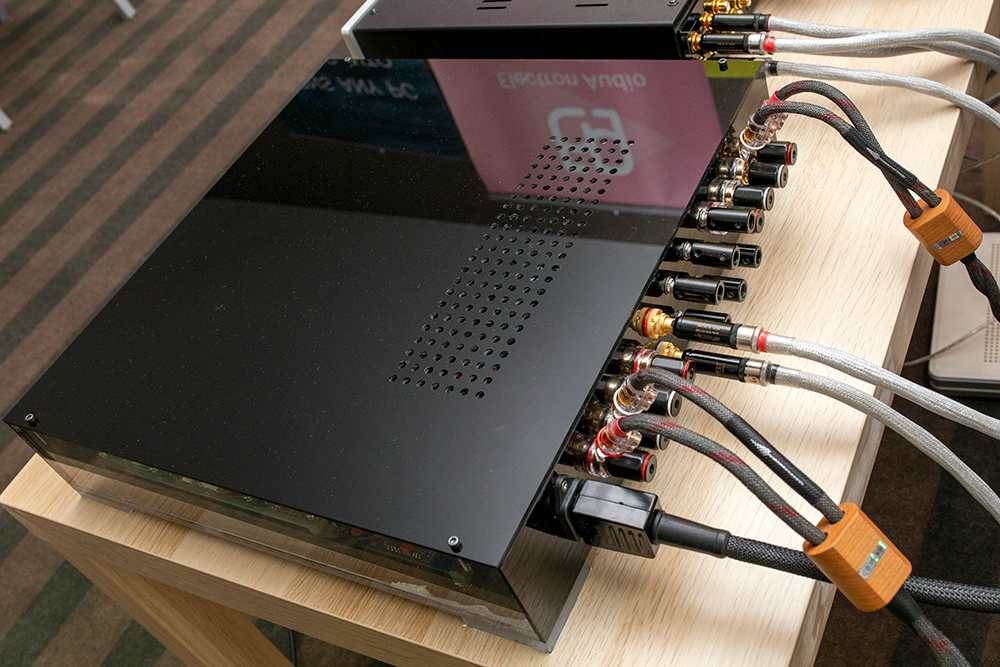 First off, the Mozzaik 1 is a powerhouse, with four channels of class-D amplification -- two 500W high-power channels, and two 150W low-power channels for biamping. The processor operates in the analog domain via a proprietary circuit that achieves two goals. First, the processor cancels distortion by inverting it in the high frequencies. Second, the Mozzaik 1 adds some beneficial distortion to the signal -- the company was unwilling to expand on exactly how it does this, or what type of distortion is being inserted -- which is likely the reason why we’re supposed to embrace that distortion. Finally . . . 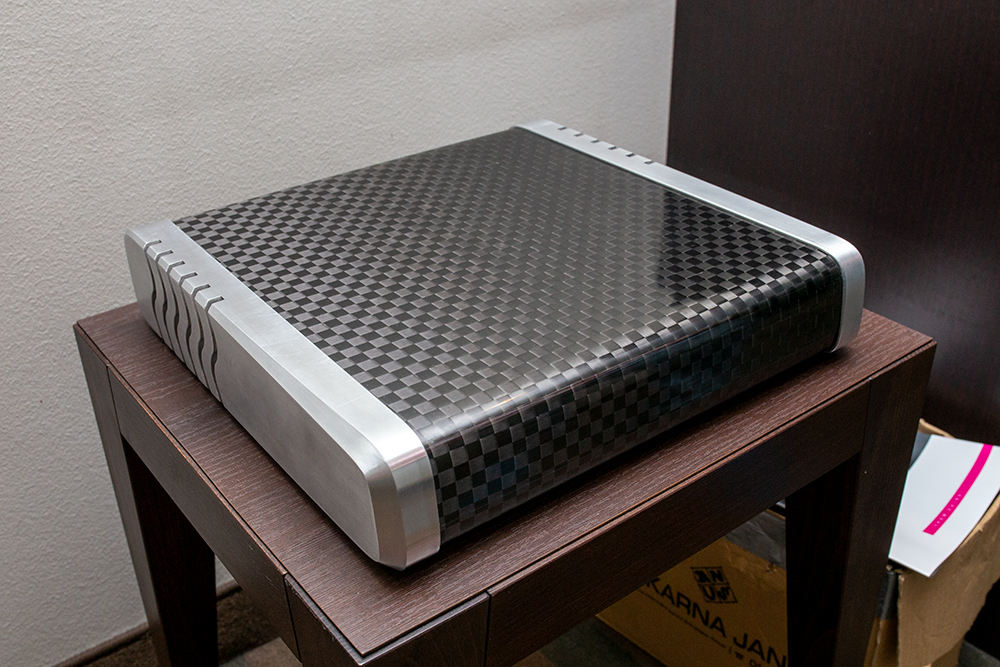 . . . the case won’t be shiny and smooth. In another part of the room, they had a prototype of what the case will look like -- aluminum and carbon fiber. 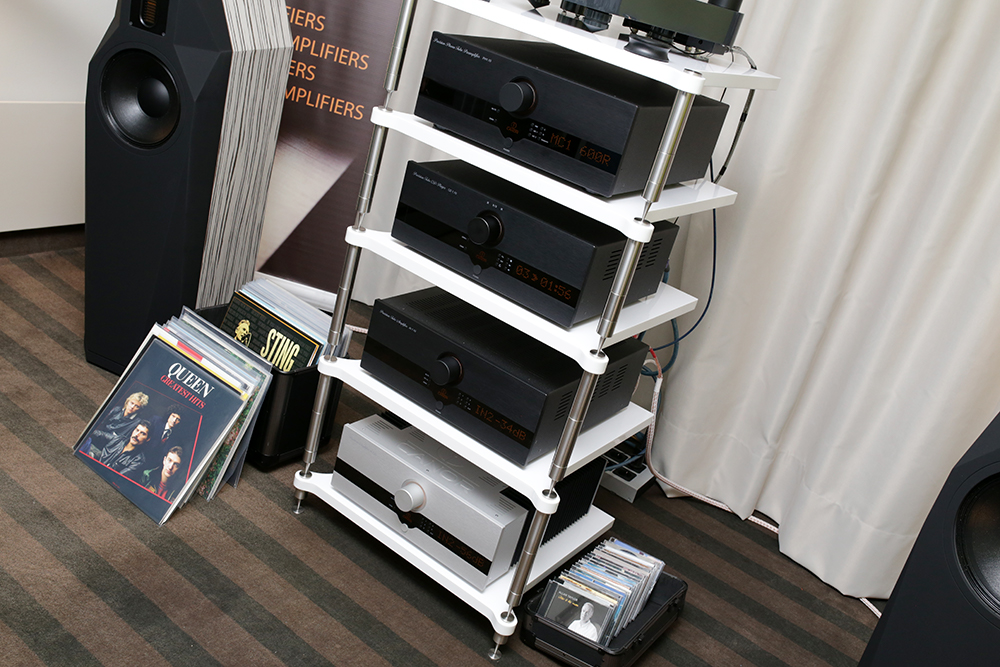 Much to my surprise, Canor -- based out of Prešov, Slovakia -- has been quietly manufacturing tube-based electronics for the last 25 years. We are so insular in North America. I need to get out more. 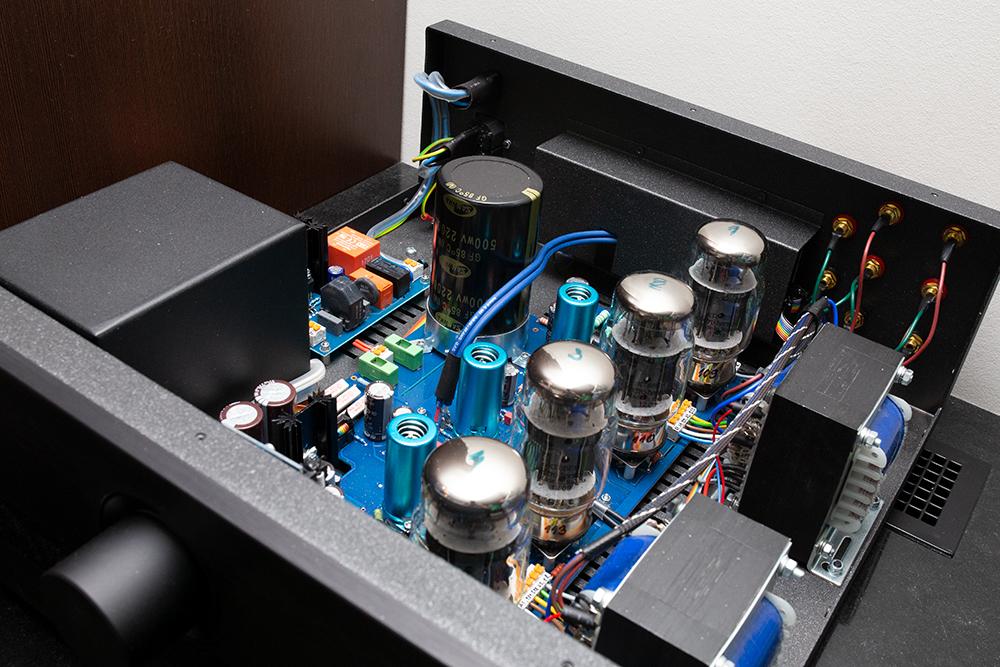 The components are handsome units, with classy yet legible and informative displays. But it’s the guts of the Canor products that are really impressive, with high parts quality and a clean layout. I really should have known. 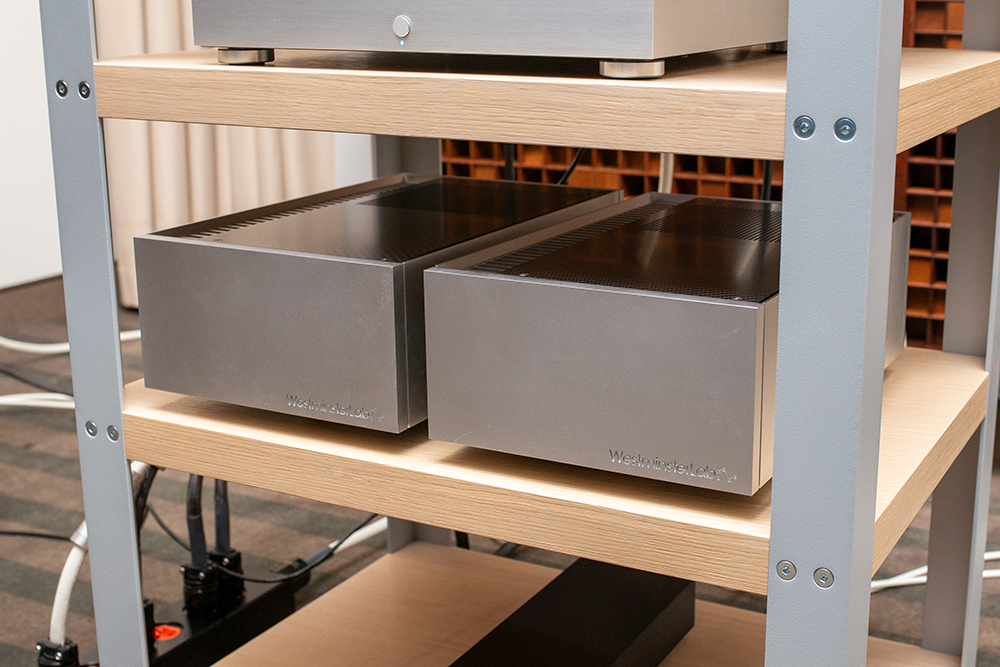 Angus Leung of Hong Kong’s WestminsterLab was far from home -- farther than me -- but he seemed quite comfortable at Audio Video Show 2019. I get the feeling he does a lot of shows. Anyway, he was most keen to discuss the new Rei class-A mono amplifier, descended from his previous hit, the Unum amplifier.

The Rei is a steamroller -- putting out 100W into 8 ohms, and doubling down twice -- 200W at 4 ohms, then 400W at 2 ohms. All purportedly to be in pure class-A. That takes some serious horsepower and a chunky power supply. Totally handmade construction, extreme care in parts selection, CNC chassis construction, and fanatical engineering all add up to a hefty price tag -- $28,000 per pair. 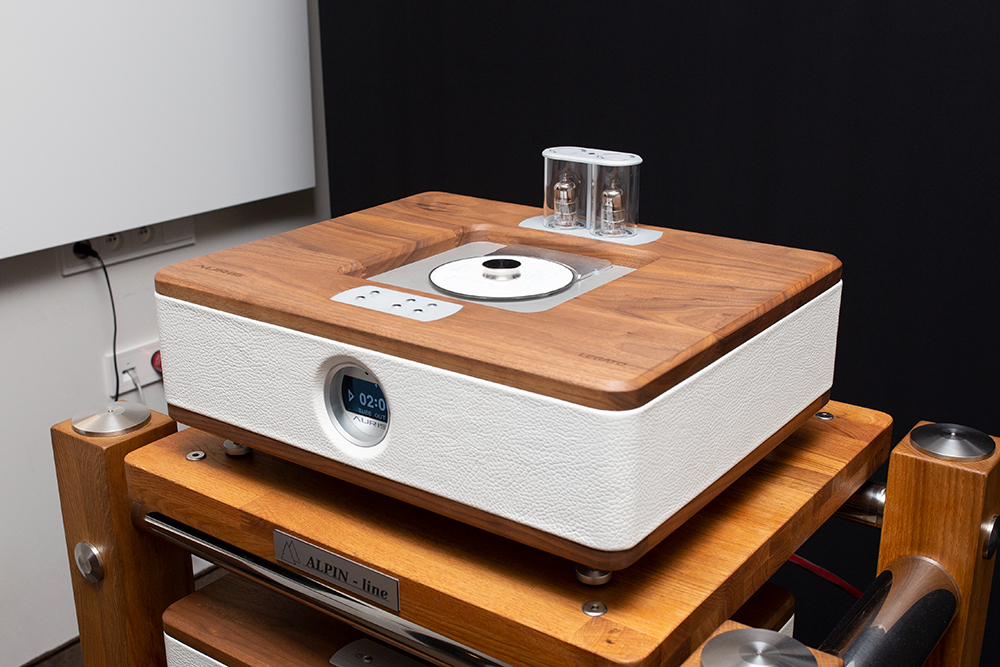 Fresh off the boat was the Legato CD player, which comes from Auris, a company based in Serbia. So fresh, so new was the Legato that there was essentially no information available at the show other than the price -- €6000 -- and what we could glean about it from our physical observations. Here’s what we could determine . . . 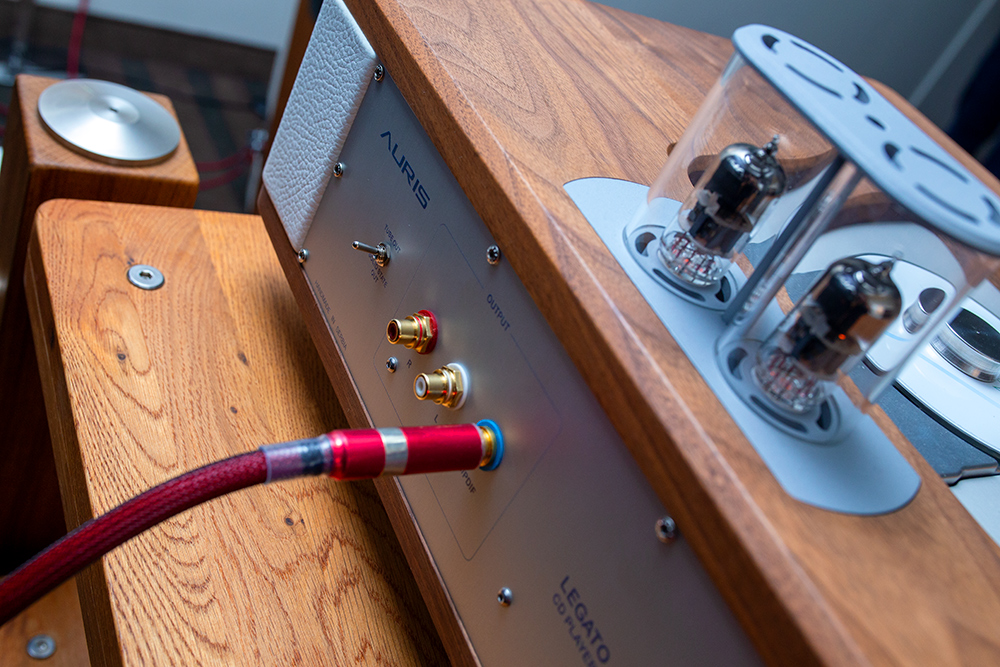 First off, the Legato is a hybrid design -- this we know, as it had a switch by which you could choose between tube and solid-state outputs. Second, the Legato is a CD player only, as it has no inputs for digital signals -- only RCA analog outputs and a digital output. It sure is nice looking! 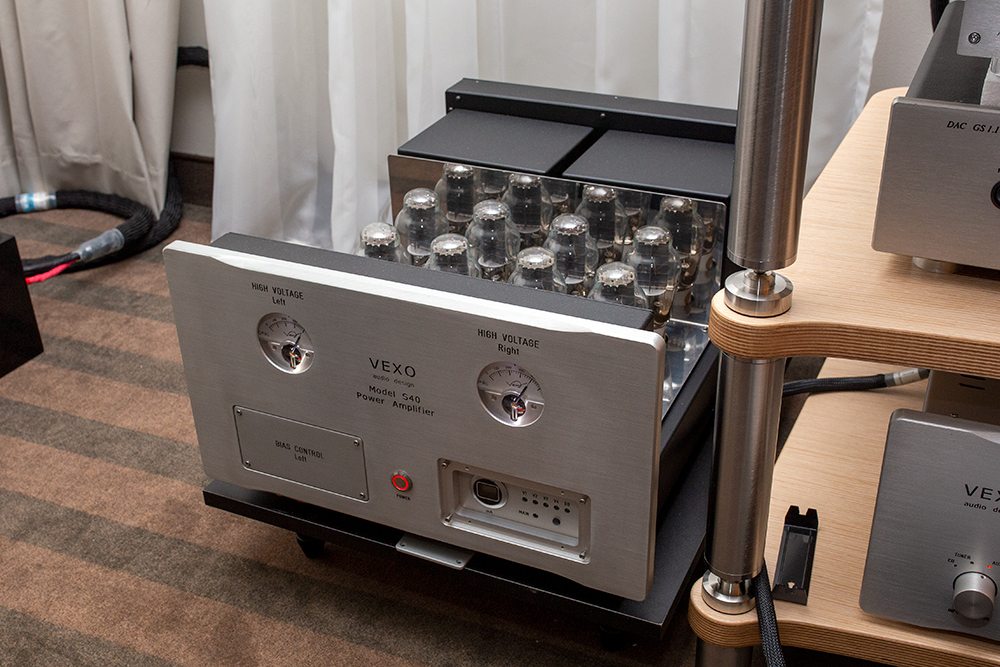 Vexo, located in Cesate, Italy, blew into town with a tube-based bang at Audio Video Show 2019. The company’s large S40 MkII power amplifier, with its separate power supply, took up nearly the entire front of its hotel room. This fully balanced amplifier features eight -- count ’em -- 300B tubes in parallel push-pull configuration for a total of 50Wpc. They’re all housed in a laser-cut sheet-steel enclosure. 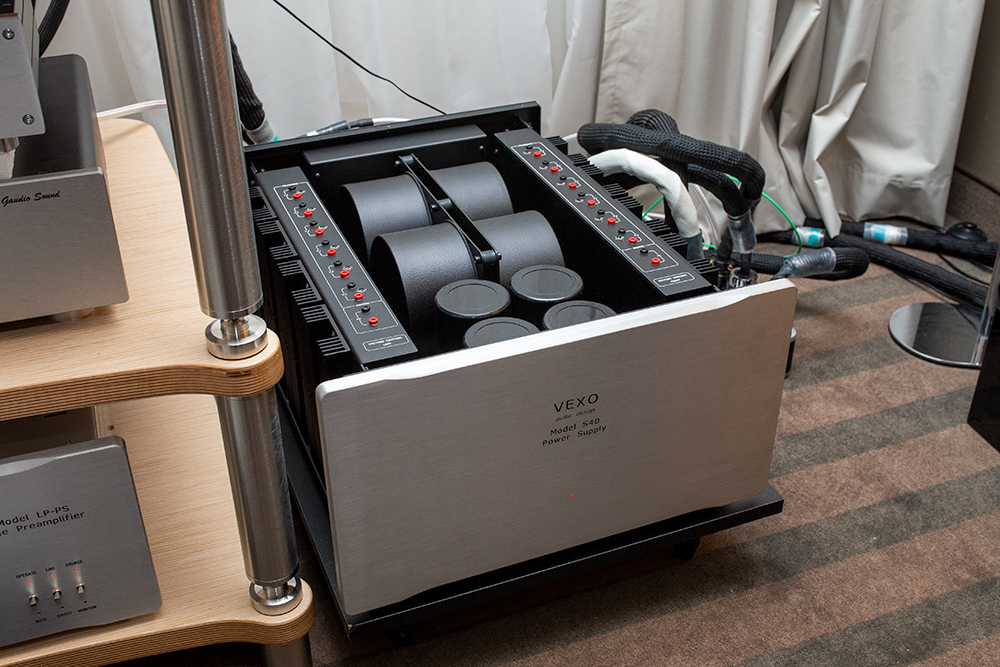 The external power supply is packed with four large toroidal transformers, humungous capacitors, and multiple matched voltage stabilizers. The S40 MkII, which retails for €44,850, looks to be a true statement tube amplifier. 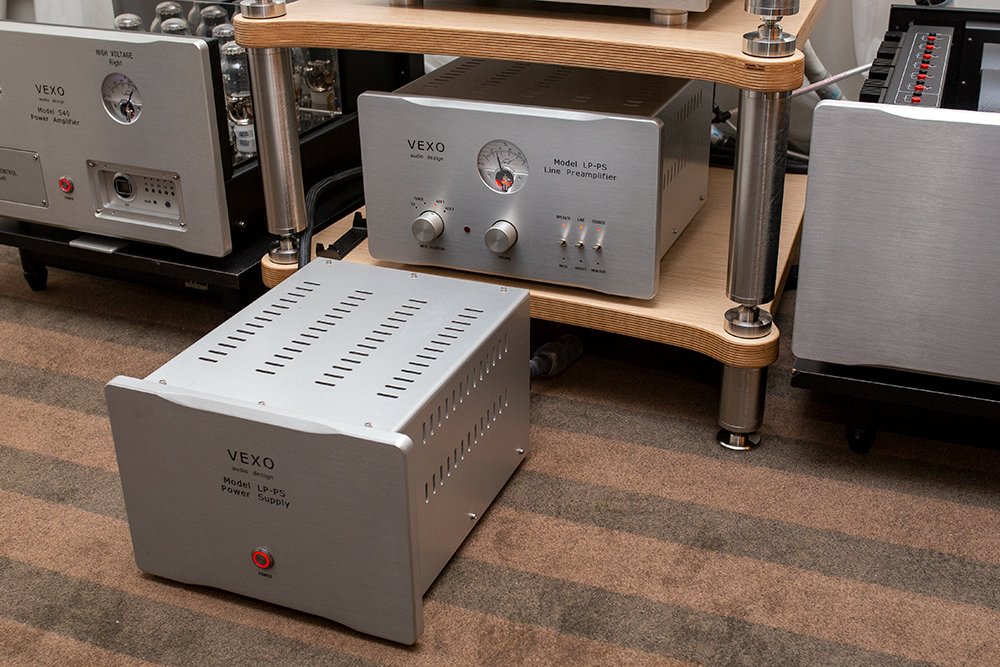 Vexo was also running its LP-PS MkII preamplifier, priced at €20,500, which also sported its own external power supply. The LP-PS MkII is also furious with tubes -- eight 6H30s and one GZ34 -- and the tube circuit board takes up much of the main unit’s interior real estate, with the rest eaten up by its discrete ladder attenuator.