It’s November 19, 10:30 p.m., and I’m in my hotel room writing this article, knowing that the same thing that happened last year just happened again -- we weren’t able to cover all of Audio Video Show (AVS) the way we wanted to. I wish we could’ve done so much more . . .

Last year it was just me covering AVS, and I thought then that if I brought Brent Butterworth along this year, we’d have no problem covering almost every new product that debuted. If it were the same show as last year, that might’ve been true. This year, however, there seemed to be more new products than last year -- many more. Last I heard, there were 173 exhibitor rooms across the three venues the event is held at -- the Radisson Blu Sobieski and Golden Tulip hotels, which are across the street from each other, and the Warsaw National Stadium, which is huge and might be the best hi-fi show venue ever because of the spaciousness of the rooms there -- and a good number of those rooms had something worthwhile to feature. All told, there was just too much this year. And I suspect that in 2018, there will be even more product introductions again, for a variety of reasons, some of which I’ll touch on below. 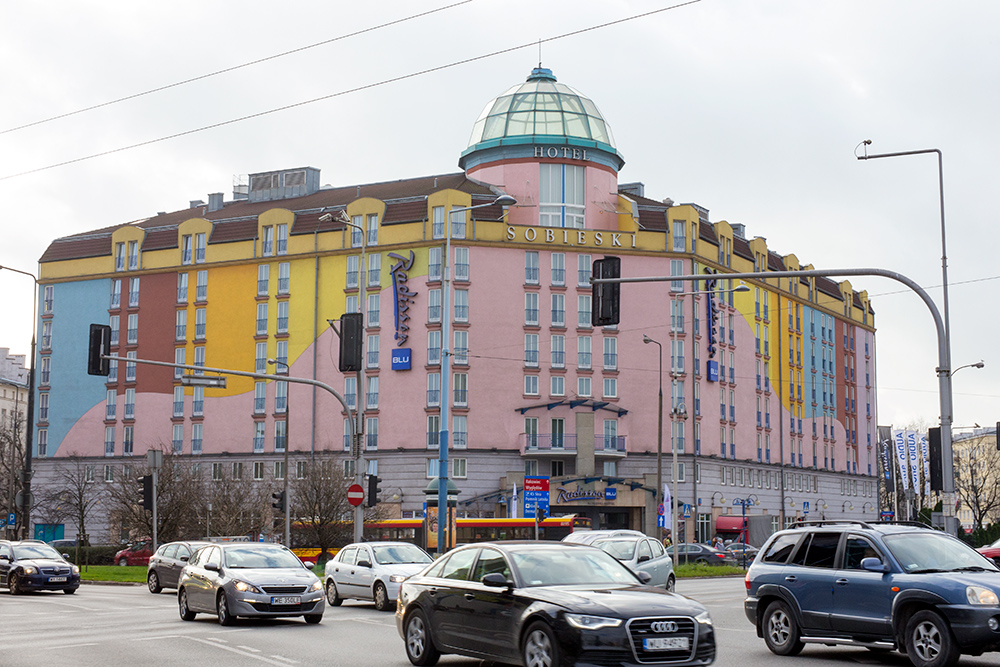 Why the upturn at this event when so many other hi-fi shows are finding it so difficult to survive, particularly in North America? In my opinion, it’s because of hard work and persistence. The result is that Audio Video Show has turned into a world-class hi-fi event that now has companies coming from all over the globe to exhibit -- you just have to look to Italian speaker maker Sonus Faber using it as the platform this year to launch its flagship Aida speaker as a marker for how significant this show has become. AVS is also helping to support a large number of Poland-based hi-fi companies that have been around for a while or are just starting up. 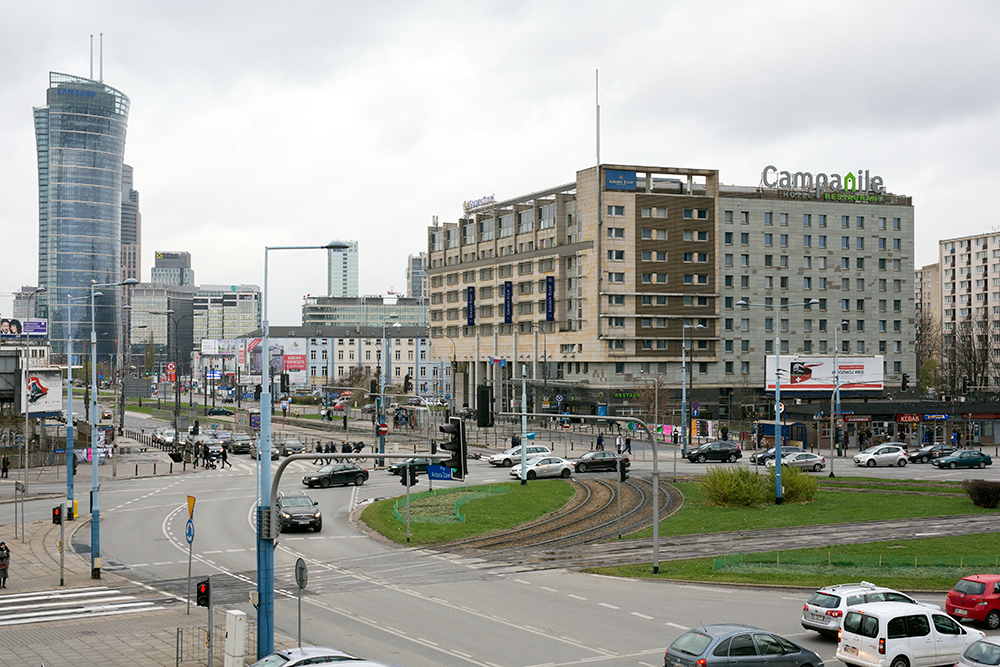 The Golden Tulip from a balcony at the Radisson Blu Sobieski

The person most responsible for this achievement is Adam Mokrzycki, who lives in Warsaw. He started this show 20 years ago, when, as he told me, he was a 20-year-old student with hardly any money who didn’t really know what he was doing and didn’t realize where this would go. He’s not only worked to build the event up to the size it is today; he’s making sure the world knows about it -- his 2016 invitation to me and many other international journalists is what got us here in the first place. Now I’ll keep coming back -- as will other journalists from around the world, I suspect.

I talked to Adam yesterday about how he plans to improve AVS. Surprisingly, he told me he’s not interested in making it bigger -- the exhibit space was sold out this year and he has no plans to add more space. Instead, he’s more interested in improving quality, which, from what I could glean from him, means topflight exhibitors bringing topnotch products and continuing to have important product introductions. It was refreshing to hear Adam say this, because I’ve always valued quality over quantity.

Without question, some of that quality will come from companies outside of Poland -- Sonus Faber’s Aida launch was so successful that other companies are likely to follow suit in 2018 and beyond. But I think plenty will come from inside Poland, too. This year I was taken aback by how many Polish companies I saw come back with even better products this time around. There were also new Polish companies I hadn’t seen before, showing so much potential that I know they’ll be back in future years. Not all of these companies had standout products -- some of the stuff ranged from mediocre to utter crap -- but a surprisingly large number displayed fine components. I have every reason to believe that we will see even more good stuff in the future as the hi-fi industry in Poland matures and the status of Audio Video Show goes further upward. These Polish companies have a world-class showcase right in their backyard that the world is now coming to.

I was also impressed with the savvy of some of the Polish companies and the willingness to do things a little differently. For example, we came across Polski Klaster Audio (Polish Audio Cluster), which is composed of several Poland-based companies that have banded together so they can achieve more recognition. The owners know that they can be stronger and have a bigger voice as a group than any can individually. The Polski Klaster Audio occupied two exhibitor rooms in the Radisson, one with higher-priced products, the other with more moderately priced ones. It was because of the way they approached us -- a friendly, inviting group (as opposed to a demanding mob) -- that we went into their rooms and covered a number of their products. 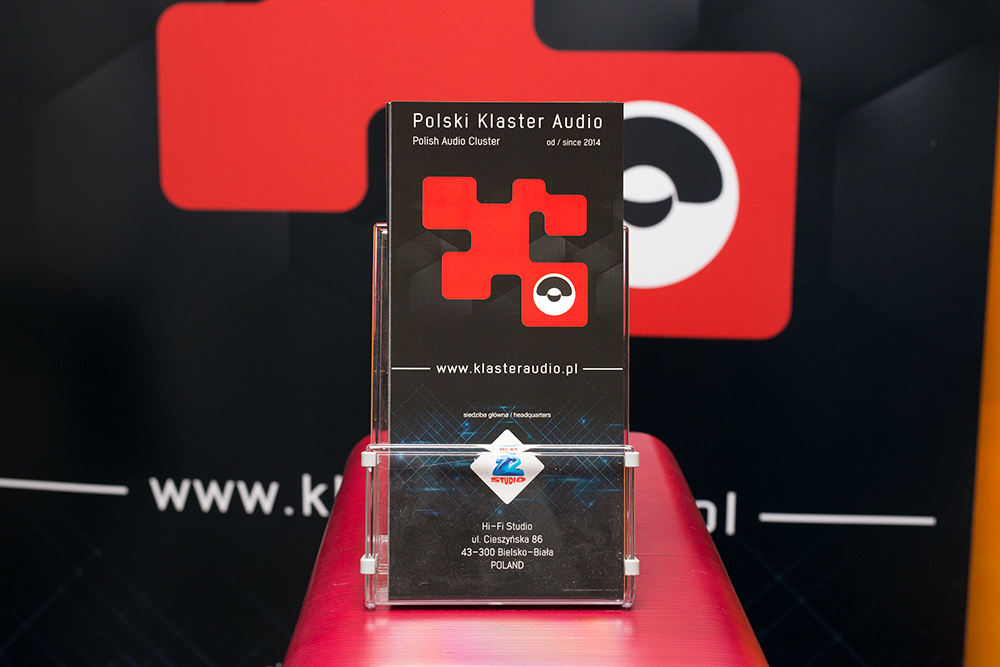 Audio Video Show is now a great event for companies outside and inside Poland. For audiophiles around the world, it’s now a fabulous place to see the latest of what’s out there. What’s more, food and lodging costs in Warsaw are inexpensive -- about half of what you’d pay in the United States in a big city for comparable quality (and about one-fifth of what you’d pay in Las Vegas during CES). So whether you’re a company or a consumer, if you haven’t thought about it already, consider coming to Audio Video Show 2018 next November. We’ll definitely be there -- likely with a bigger team yet again so we can cover more. Insofar as hi-fi shows around the world go, Audio Video Show is one of the events not to be missed.