When I was granted a first look at Sonus Faber's new Ex3ma loudspeaker, which was in the company's main listening room, I was also allowed to listen. The results, as you'll read, were quite ear-opening, since the Ex3ma sounded quite unlike any Sonus Faber loudspeaker I'd heard. 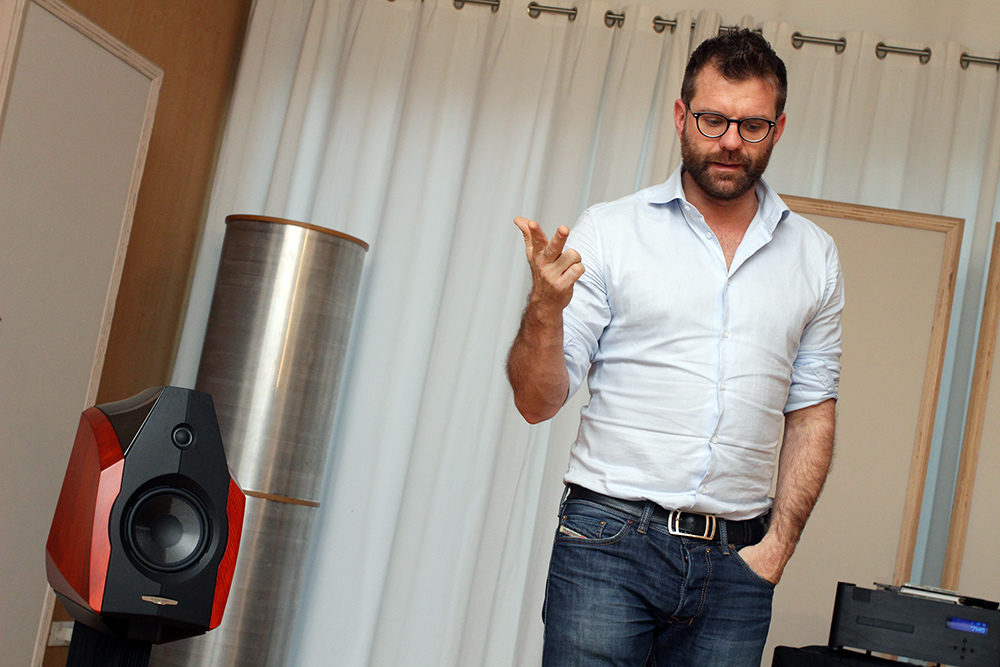 Before we began, designer Paolo Tezzon explained that the speaker was conceived to be unflinchingly revealing -- a "precision instrument," he kept calling it -- not only of recordings, but of upstream components and system setup. As a result, he forewarned me that a pair might not sound good if the electronics and cables aren't good, if the setup is inappropriate, or, obviously, if a recording is very bad. He also told me that the speakers "like power," meaning lots of it, although he didn't give any recommendations as to how much you really need with a pair. He also didn't reveal what amplifier or amplifiers he was using to drive them -- all I could see was a Wadia CD player as a source, along with some red-colored speaker cables. My own suspicion is that 100Wpc into 8 ohms would be a bare minimum, and probably 200Wpc or more wouldn't be unwelcome. 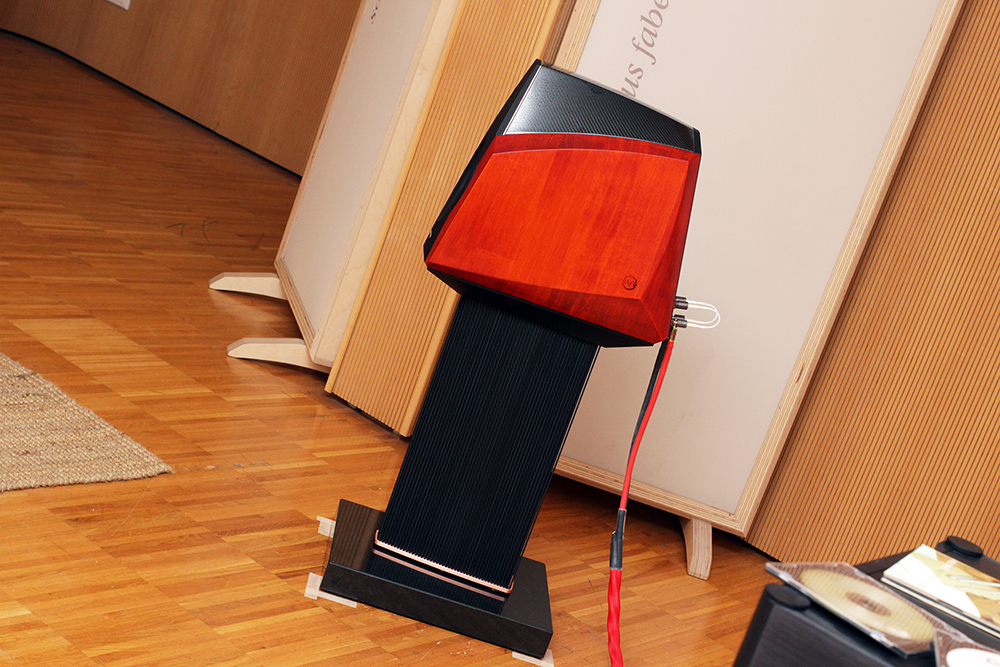 Even though Paolo's setup was somewhat different from what I'm used to, I certainly couldn't fault it, since the system didn't sound just superb, but downright spectacular. The soundstage spread nearly wall to wall and portrayed outstanding depth, which helped to make these modest-sized speakers sound absolutely huge. The image specificity was nothing short of holographic -- voices, in particular, hung tangibly in space. The midrange sounded a little more forward than I've heard from Sonus's other speakers, which was actually something I really liked because I've found their other speakers, such as the Olympica series, to be a touch laid back, if not a bit polite. As a result, this speaker sounded far more immediate and visceral than their other offerings, and, in turn, voices weren't just holographic, but extraordinarily present and thoroughly realistic. Then there were the highs -- more extended than I've heard from the Olympica models, but just as sweet and smooth. Paolo was making a very big deal about their new tweeter, which features a dome of beryllium and diamond, and I can see why -- extension, sweetness, and smoothness all at the same time. 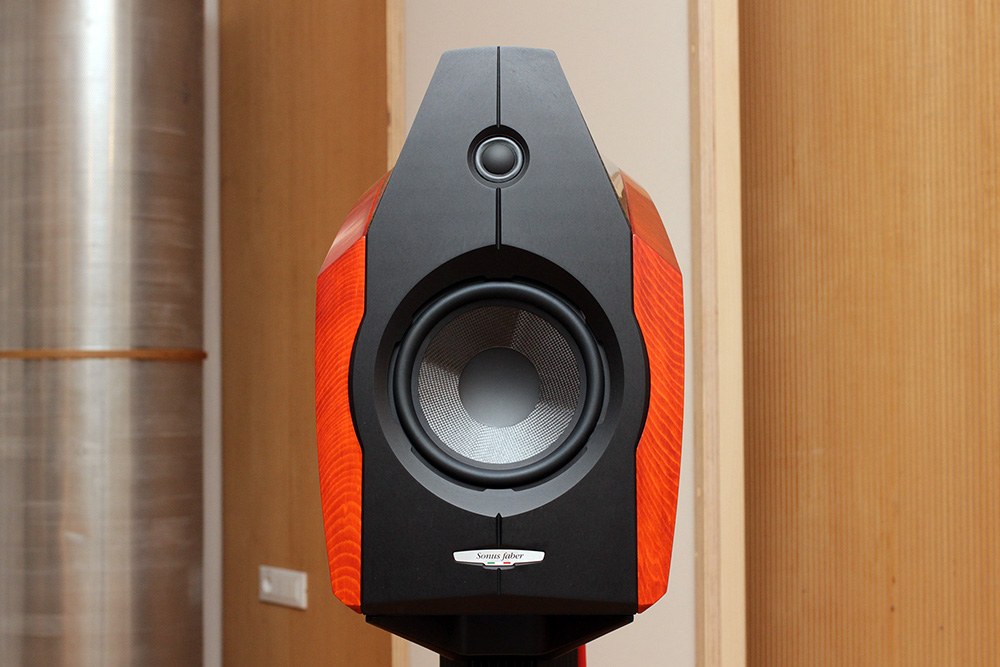 But as good as those things I mentioned were, three things impressed me more. First was the bass. Paolo said that the Ex3ma is capable of reaching down to 40Hz, but I think he's being a little conservative because the speakers appeared to be reaching toward 30Hz with tremendous authority. The next thing was the resolution -- the Ex3mas were unveiling scads of detail in recording after recording that he played. The final thing was the high output capability. The speakers sounded remarkably good at low and medium volume levels, but equally good playing extraordinarily loud, assuming you have the amplifier power to do so, of course. Paolo played back some songs at levels far in excess of what I would play them back at in my home, but the speakers always stayed completely composed. What's more, since the speaker sounded great playing quietly and loudly, the dynamic contrasts were nothing short of stupendous for a two-way, stand-mounted speaker. I was thoroughly impressed.

I'd love to say that I'm going to review Sonus Faber's Ex3ma, because I'm a big fan of stand-mounted monitors and this appears to be not just a great one, but an extraordinary one. Who wouldn't want to get their hands on that? Kudos to designers Paolo Tezzon and Livio Cucuzza for creating it. That said, I'm sad to say that I'm not going to be reviewing it, and I doubt any reviewer will -- unless, of course, they can afford to buy a pair or somehow wrangle a sample from Sonus Faber before they're all gone. Frankly, I doubt it. 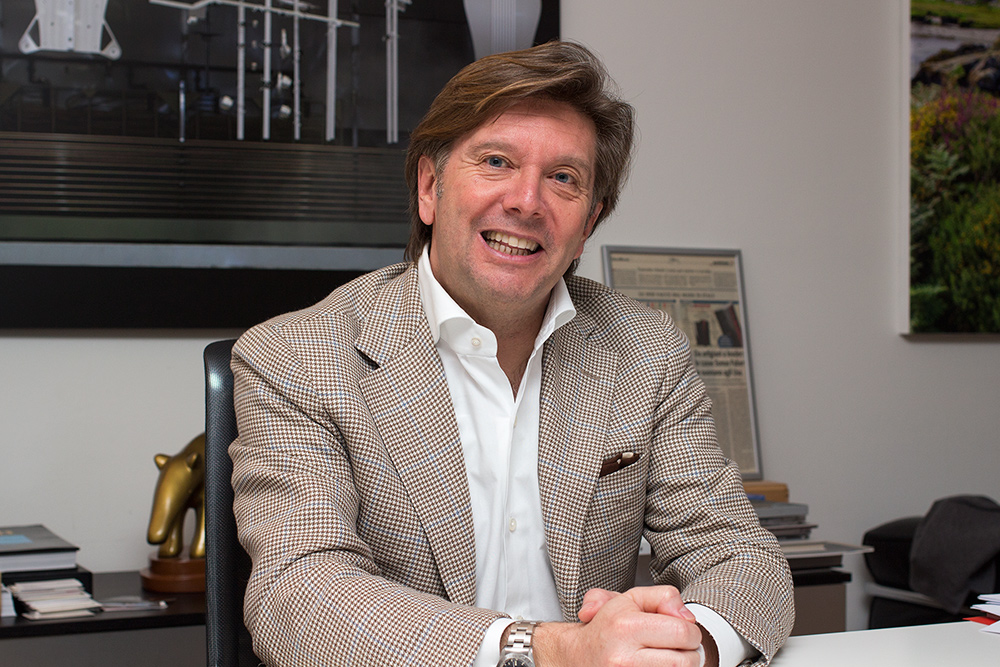 Yet I am happy to say that I heard the Ex3ma and could write about the experience in such a way that our readers can find out fairly quickly a little bit about the way it sounds. As I said in my "First Look" article yesterday, the Ex3ma is destined to become a hi-fi classic, both in terms of appearance and, of course, sound -- something you read here first -- which Sonus Faber's president and visionary (and CEO of the entire Fine Sounds Group), Mauro Grange, likely had in mind when he gave designers Paolo Tezzon and Livio Cucuzza free reign to create this model. The creation of it was a cost-no-object task that's becoming increasingly rare in hi-fi circles today, but it's something I'd like to see done far more often when the results are this good.