As I was having lunch with Pierre-Emmanuel Calmel, Devialet's cofounder and the inventor of the company's revolutionary ADH (Analog Digital Hybrid) amplifier technology, he reached over and picked up a colleague's Apple iPhone 6 to first praise but then criticize it. He applauded its shape, size, weight, and feel, but then he pointed to the camera lens and said, "I don't believe Steve Jobs would have allowed that." He could tell by my confused look that I didn't understand, so he pointed out that the lens protrudes slightly from the body, which makes the phone not only ever-so-slightly thicker than Apple claims, but also awkward when you rub your finger over it. It was obvious that Pierre-Emmanuel saw this as a design flaw, as he felt it should be aligned with the area around it. "I think he would have challenged his engineers to find a solution," he concluded. 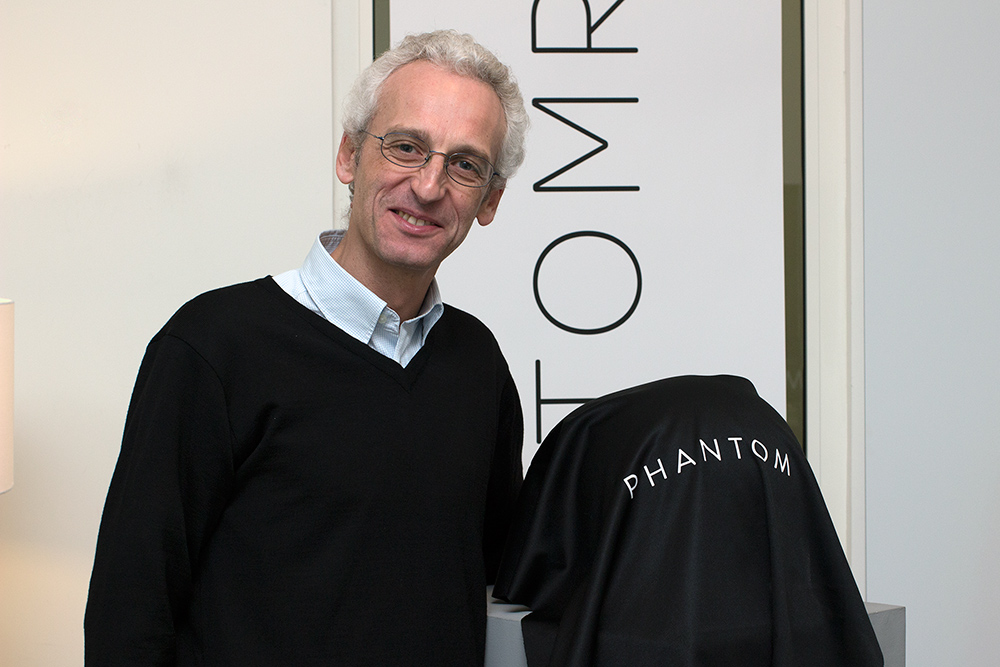 Challenges are something Pierre-Emmanuel takes upon himself -- his ADH technology reportedly took seven years to perfect (he first dreamed up the idea while working as an engineer at Nortel Networks). Leading by example, he now constantly challenges the company's vast array of engineers (some 45 nowadays!) to create hi-fi products that are as innovative as they are exciting. He's a perfectionist with a true if there's a will, there's a way attitude.

Pierre-Emmanuel's kind of thinking has ultimately led to the creation of ADH, a number of proprietary technologies that followed, and now the Phantom and Silver Phantom loudspeakers, which took several years and numerous technical challenges to bring to fruition. Not surprisingly, they are unlike any other loudspeakers on the market today. When the speakers become available in 2015, the Phantom will sell for $1990 USD each, the Silver Phantom for $2390 each. A matching stand called Branch will also be available, and it will sell for $299. A remote, priced at $149, will also be available shortly after the initial launch, as will a box called Dialog, priced at $349, which will allow for music streaming to one or more of the company's speakers through a smartphone or tablet app, without the need for a formal computer. 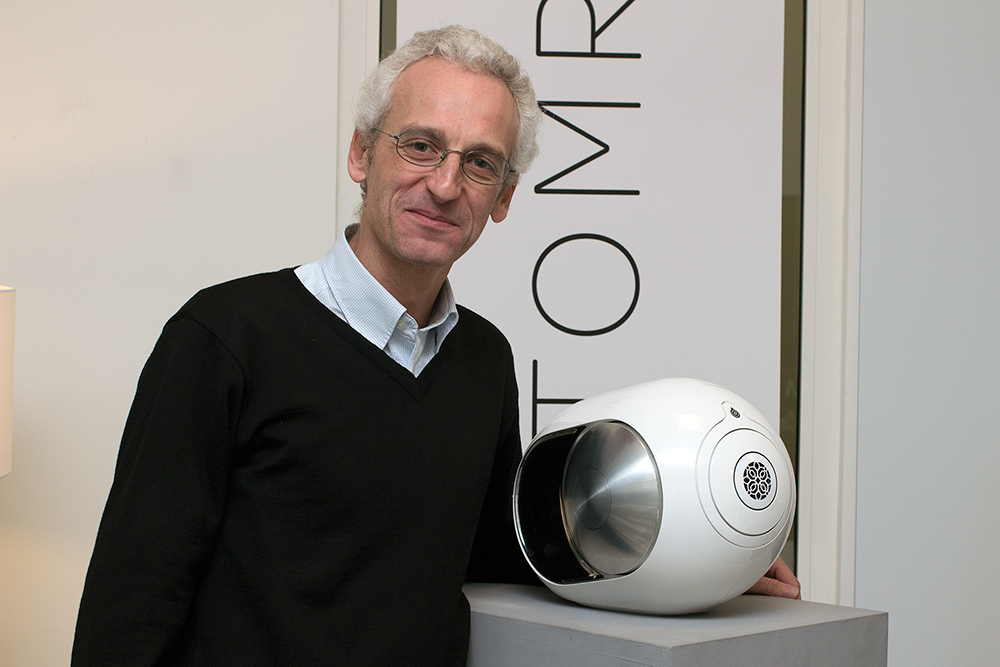 The fact that the Phantoms are so unlike anything on the market right now is why Manuel De La Fuente, who has been with Devialet in sales and marketing since the beginning, hesitates to call them speakers at all, since he sees them as "so much more." Based on what I saw on December 10, 2014, and will describe in this series of articles, I'd have to agree that the word speaker likely doesn't do justice. That's probably what led the company to put "Implosive Sound Center" on the packaging, not "Speaker System" or similar. But for the sake of simplicity, I explained to Manuel that I'm going to use the word speaker because, ultimately, that's what most audiophiles will see the Phantom and Silver Phantom as. 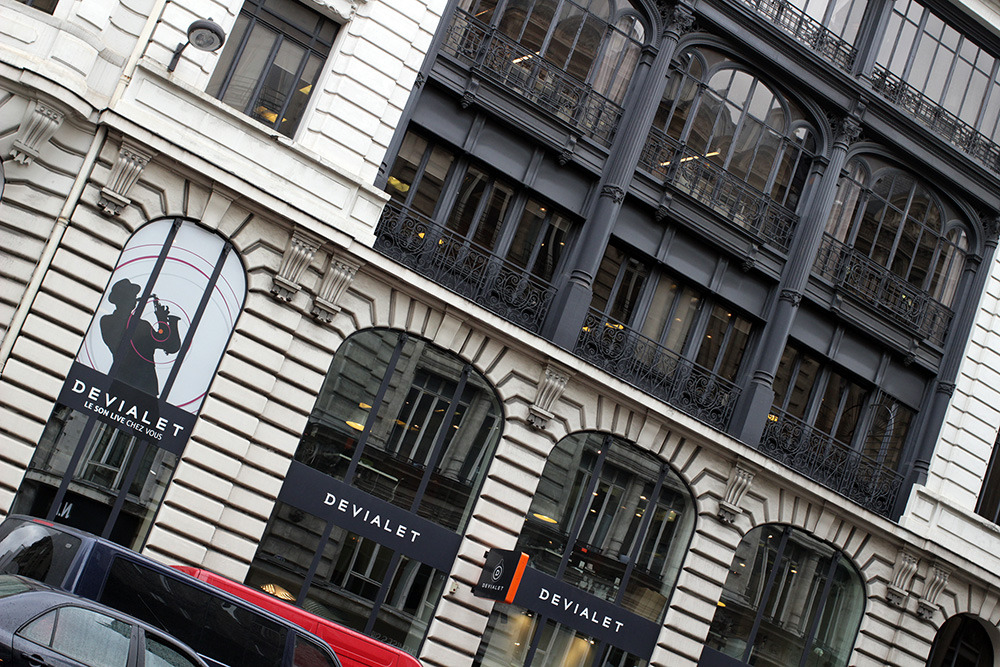 I should mention another Devialet difference to set the stage for these speakers: the company's main office is located on Rue Réaumur, in central Paris, in a building appropriately called Devialet La Maison. From a top-floor design lab you can see the Eiffel Tower toward the southwest, and to the north, Montmartre. If, as the realtors like to say, it's all about location, location, location, then I'm not sure there's any company in hi-fi that can match what Devialet has.

It's in this building that almost all of the design work and brand development happen -- manufacturing takes place in facilities outside of Paris. Yet appropriate to the unique character of this company, there's also a retail store on the ground floor of Devialet La Maison. This store sells Devialet's products, of course, but it also allows their staff a first-hand view of the customers' wants and needs. "It's been a tremendous learning resource," Manuel explained. No doubt. What's also noteworthy about the store is that it hasn't hurt their dealer relationships in France -- the company has high-profile retailers carrying their products in Paris and beyond. And surrounding Devialet La Maison is Paris itself, with all of its unique history, landmarks, and influences that have rubbed off on the people at Devialet and the products they make. 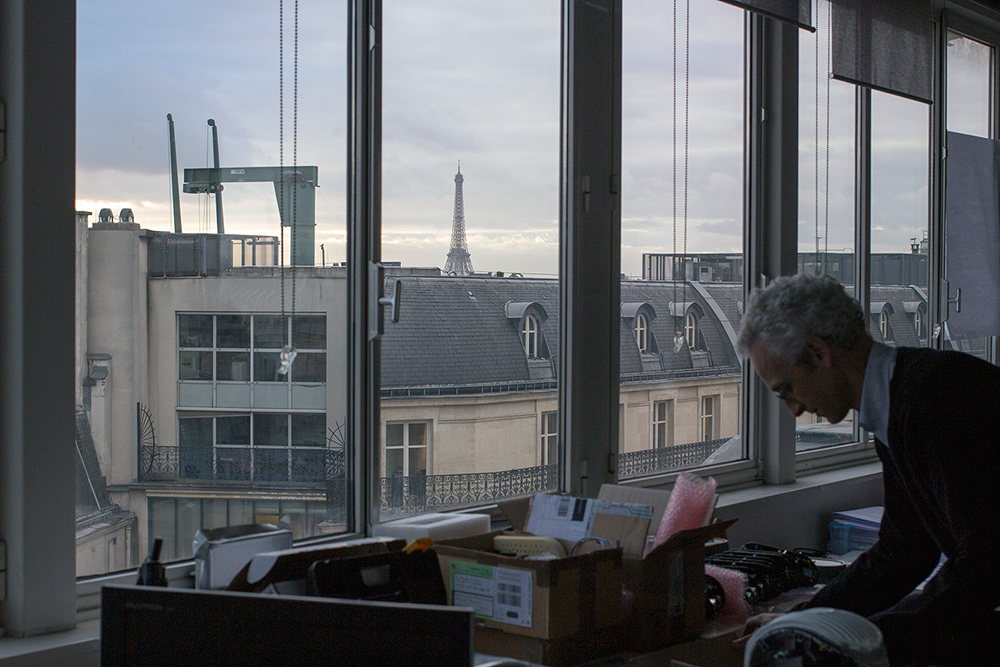 Given Pierre-Emmanuel's desire to overcome challenges, the company's large and highly skilled workforce, and its location in one of the cultural capitals of the world, is it any wonder that Devialet's products have always been different than the rest? Now on to the Phantom and Silver Phantom . . .