Magico's sales and manufacturing capabilities have increased markedly in the last few years, so it's no surprise that the assembly area for all the models they have now has expanded greatly as well. Currently, every . . . 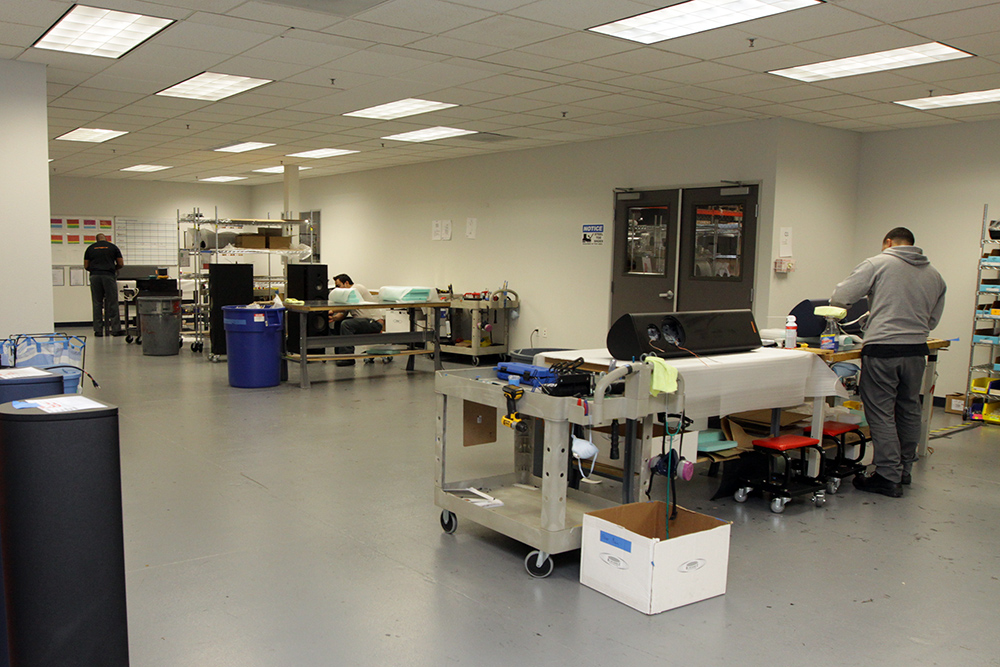 . . . Magico speaker, from the entry-level S1 to the top-of-the-line Ultimate III, is assembled in this space. 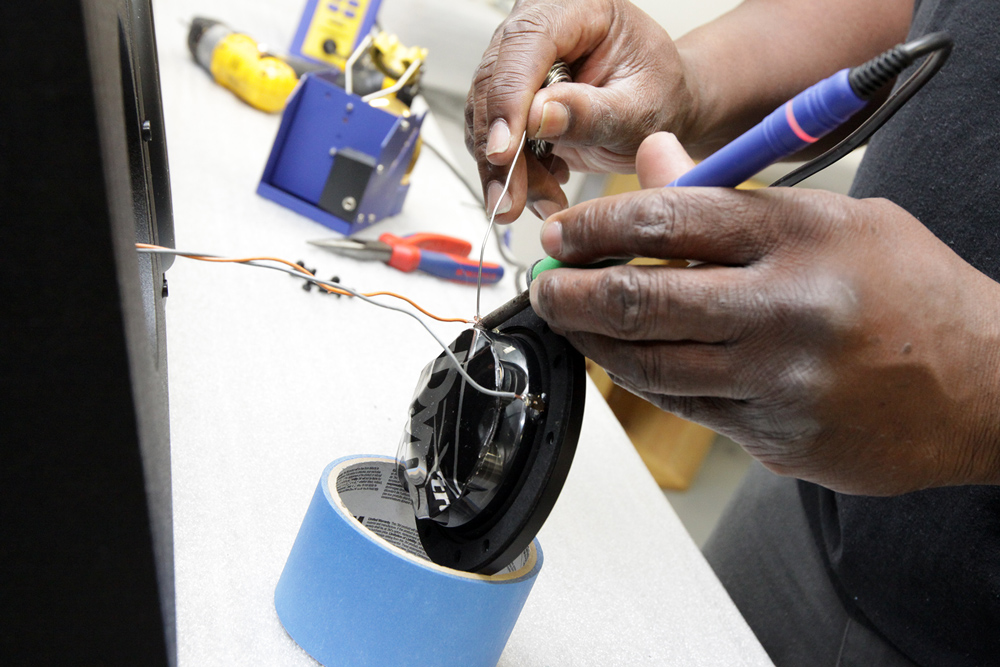 Soldering the wires for an S3 tweeter. 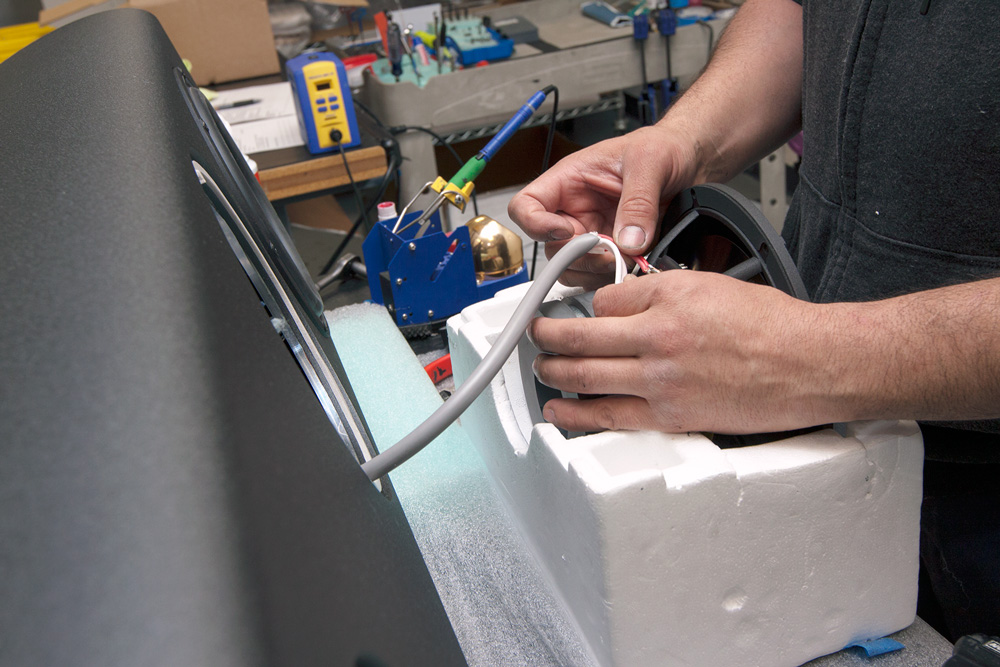 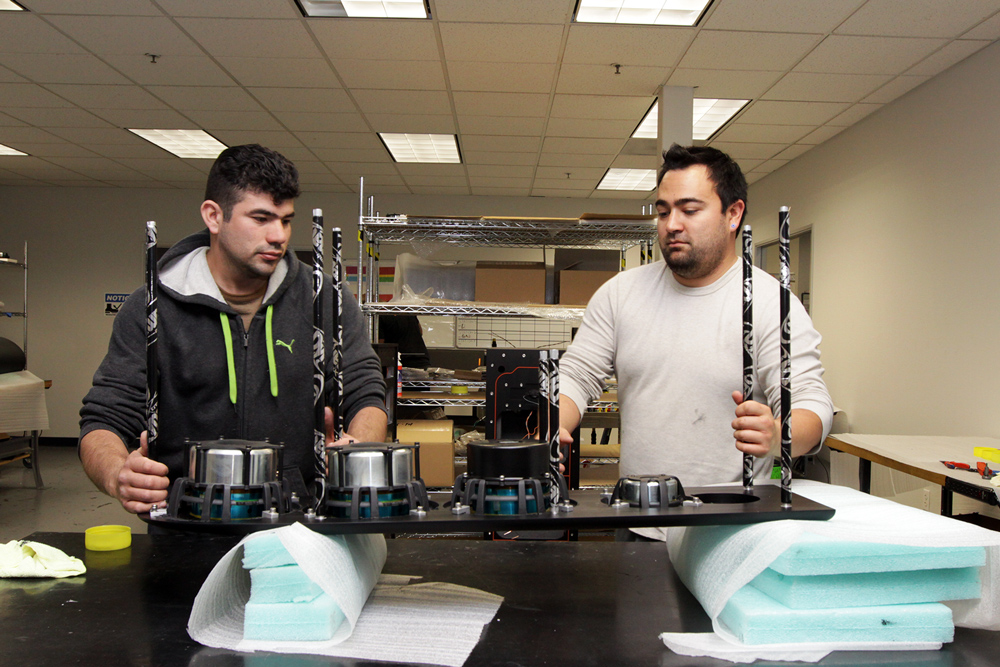 Attaching the front baffle to a Q5 speaker is a two-man job. 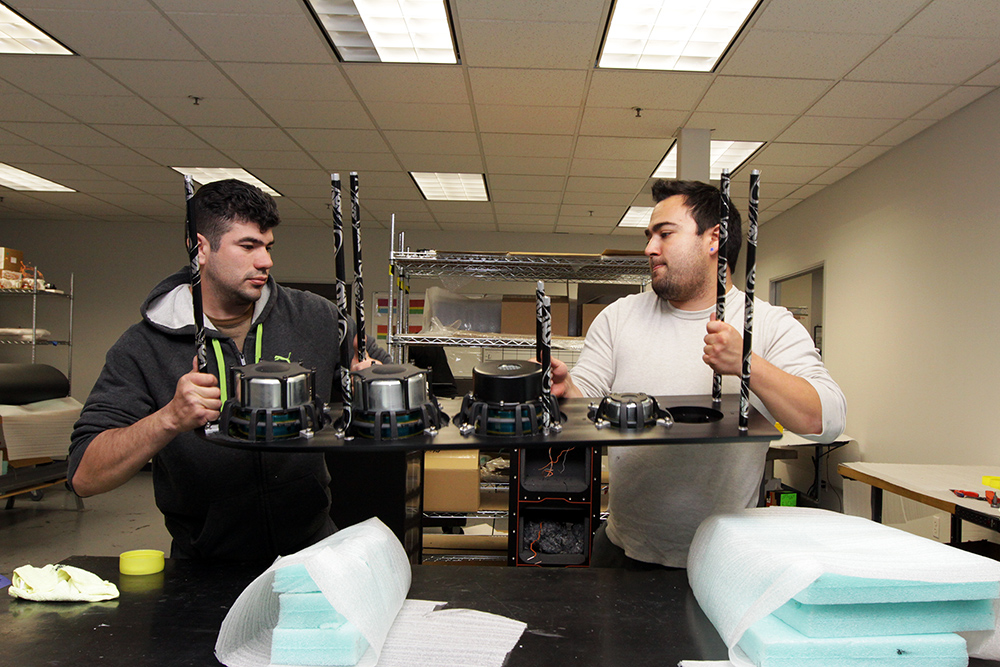 The front baffle must be carefully lifted, then . . . 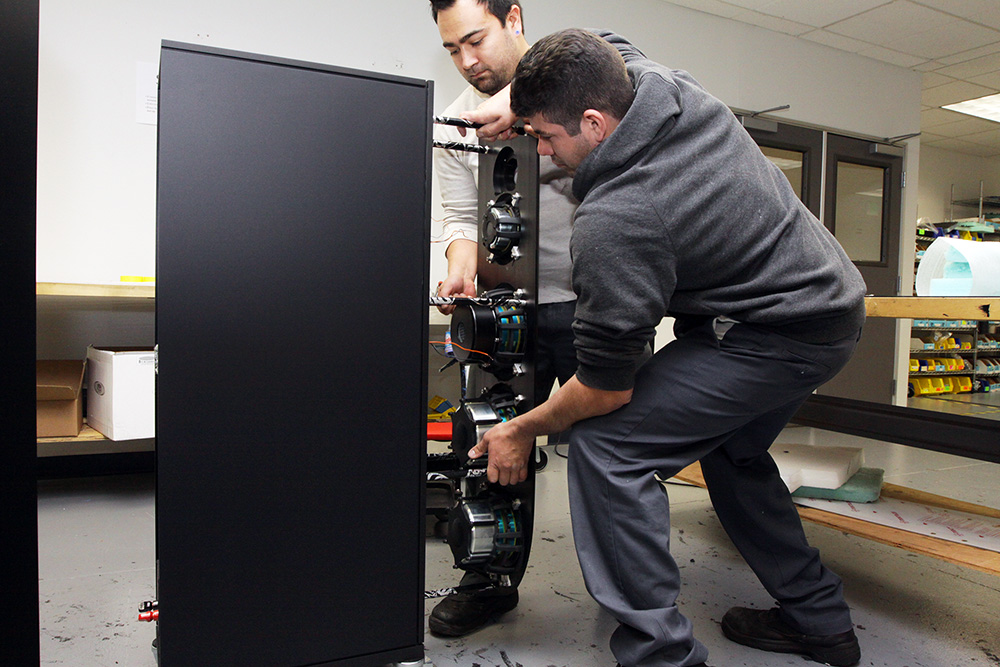 . . . turned vertically and inserted into the metal guide rods that are built into the cabinet. 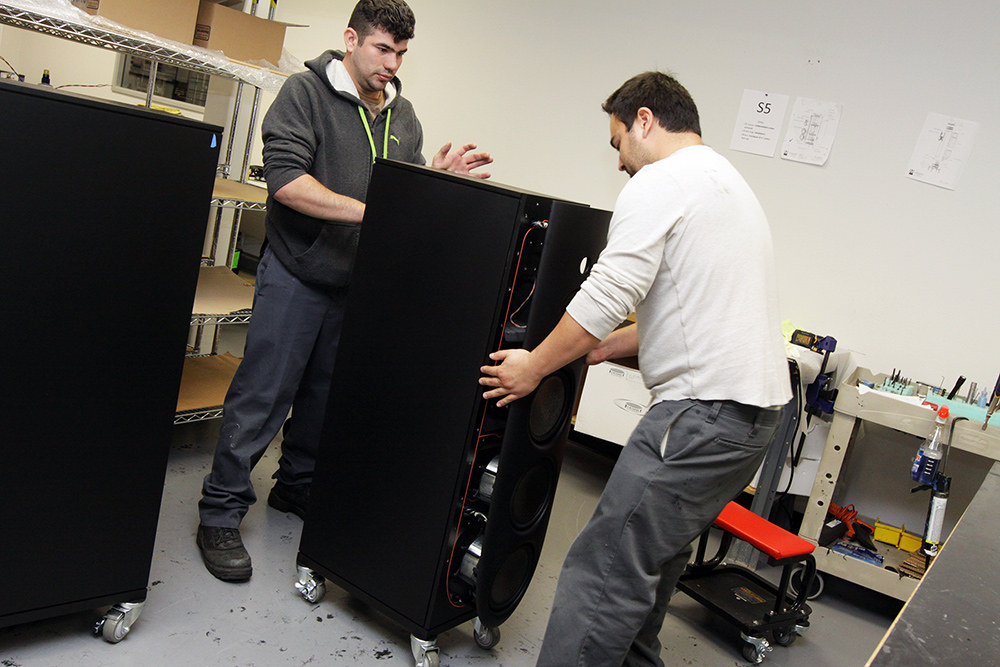 Once the front baffle is fully inserted, it's secured with rear-baffle bolts that thread into the rods. The amount of material that goes into every Magico speaker is impressive, but so too is the amount of labor.