According to Magico's Alon Wolf, "There's no company in North America with a listening room as elaborate as ours." Frankly, he might be right -- we've visited many North American companies, and fewer than a handful have had a purpose-built listening room that's as big as Magico's (it measures 33'L x 22'W x 13'H) or as well constructed. 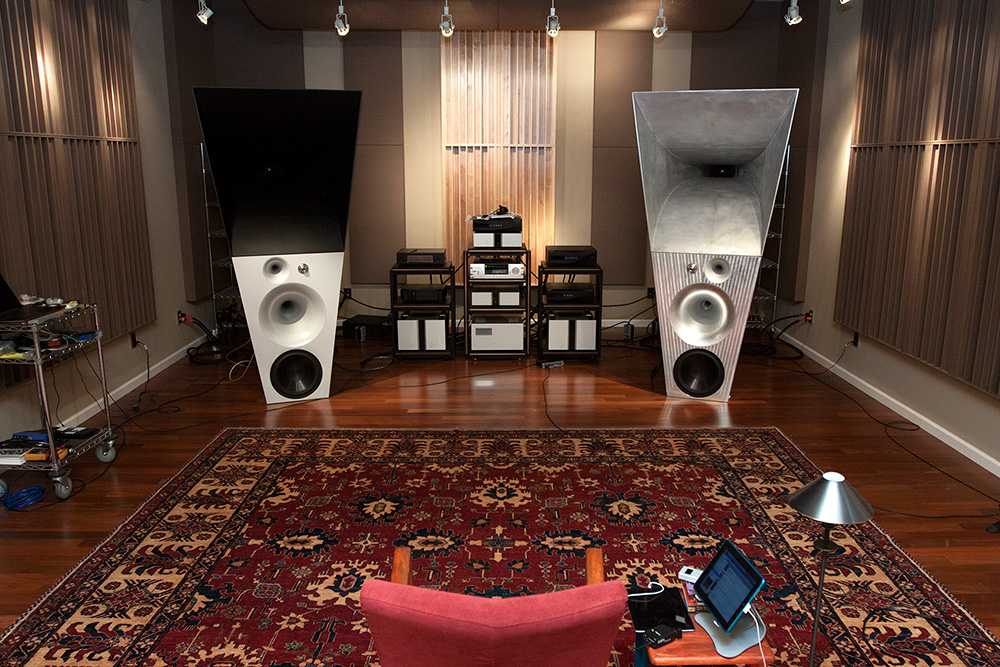 Wolf describes the listening space as a "separate room within a hard-shell structure," which allows it to be fully isolated from the rest of the building. The room also contains numerous acoustical enhancements, including diffusers on all walls and the ceiling. 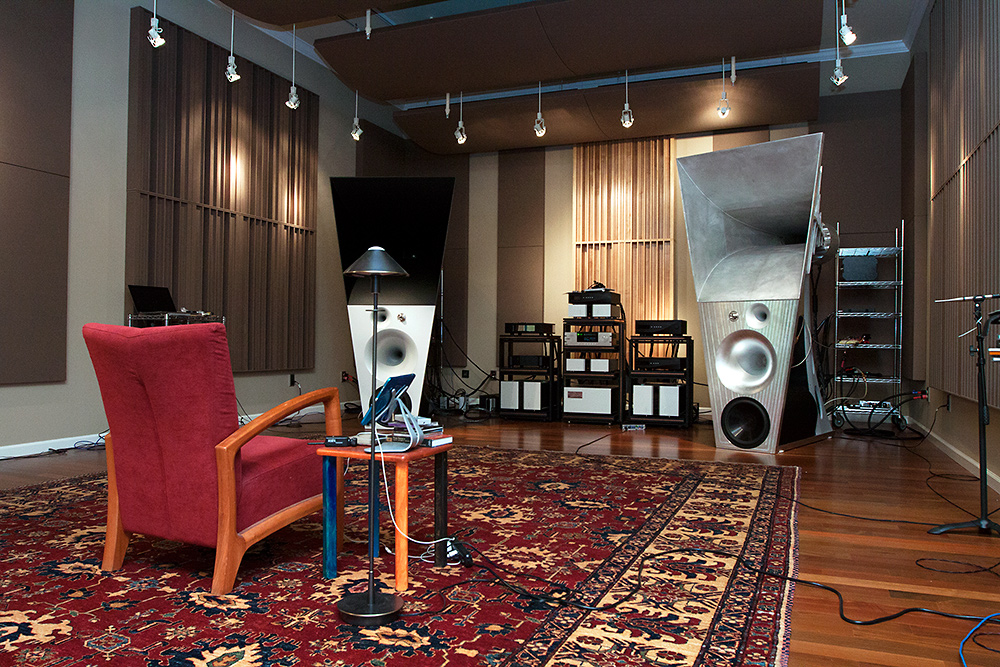 The top-of-the-line Ultimate IIIs (shown), which are priced at $600,000 per pair in the United States, were in the last stages of development when I visited. The Ultimate III is a five-way design comprising four horn-based drivers (tweeter, upper midrange, lower midrange, and upper bass) and one non-horn-loaded woofer. The Ultimate III is fully active, and all crossover manipulation is done in the digital domain. According to Alon Wolf, "It's the ultimate statement of what a horn-based loudspeaker can be." 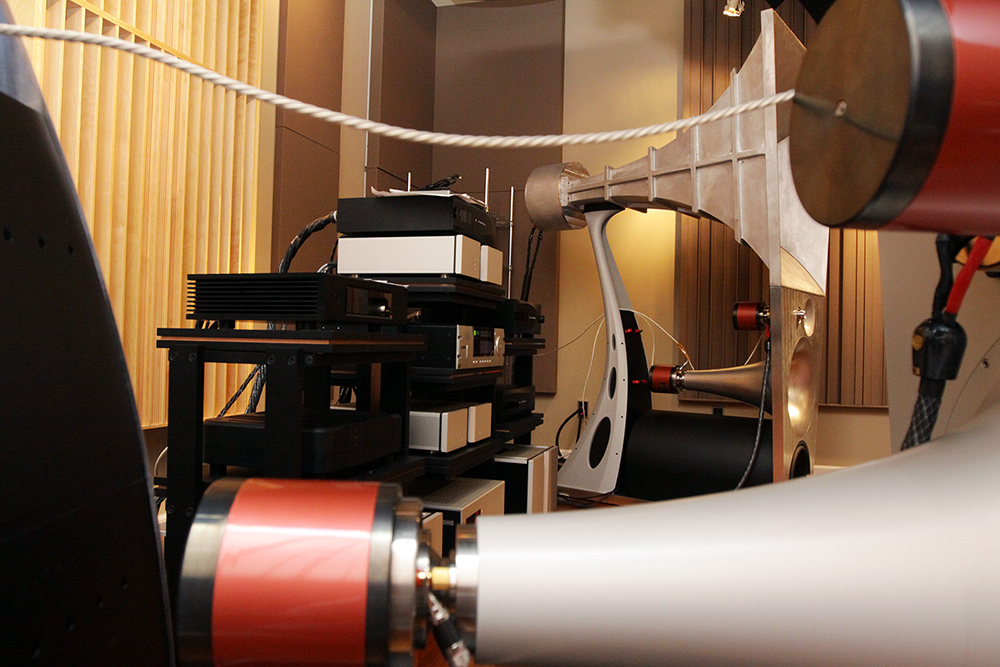 Magico uses a wide assortment of electronics and cabling for all of its testing. 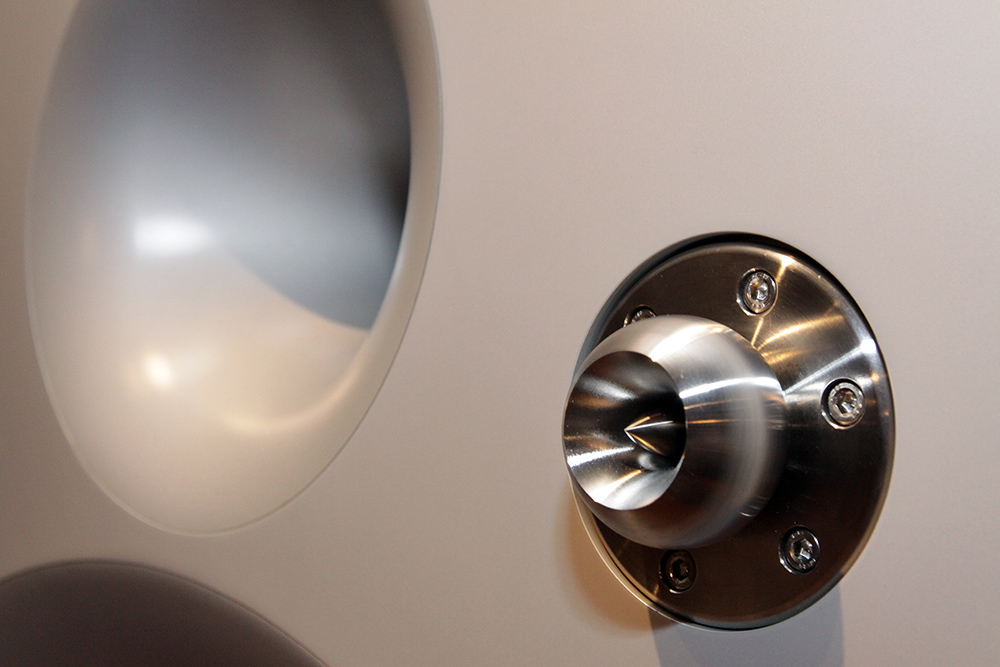 The Ultimate III uses a horn-loaded tweeter (right) that weighs about 50 pounds and is said to have a sensitivity of 110dB. To the tweeter's left is the upper-midrange driver's horn.