Trivia: Did you know that William Z. Johnson, Audio Research Corporation's founder, trademarked the words "high definition" back in the '70s? In many ways, he was a man ahead of his time, even if what he was pushing when he started Audio Research in 1970 seemed behind the times, even back then -- vacuum tubes. The company made all of its audio products using them because Johnson felt they simply sounded better -- and it stayed that way for a long, long time, which is likely why Audio Research is now the preeminent tube-based hi-fi manufacturer in the United States, if not in the world.

Over time, though, Johnson and his engineers found ways to make superior-sounding solid-state designs, so the company moved into making a mix of tubed and solid-state products, which is the way it remains today. Currently, the company makes amplifiers, preamplifiers, phono amplifiers, disc players, and digital-to-analog converters.

Johnson remained at the helm of Audio Research until he retired in 2008 and sold it to Fine Sounds Group (Quadrivo at that time), which is based in Italy and also owns Sonus Faber, McIntosh Labs, and Wadia. William Johnson died in December of 2011. But despite Johnson being gone from Audio Research, his legacy and memory live on there, and the values he instilled in the brand and its products are not only still felt, but adhered to in current and forthcoming product designs. What follows is what I saw at the company on March 13, 2014. 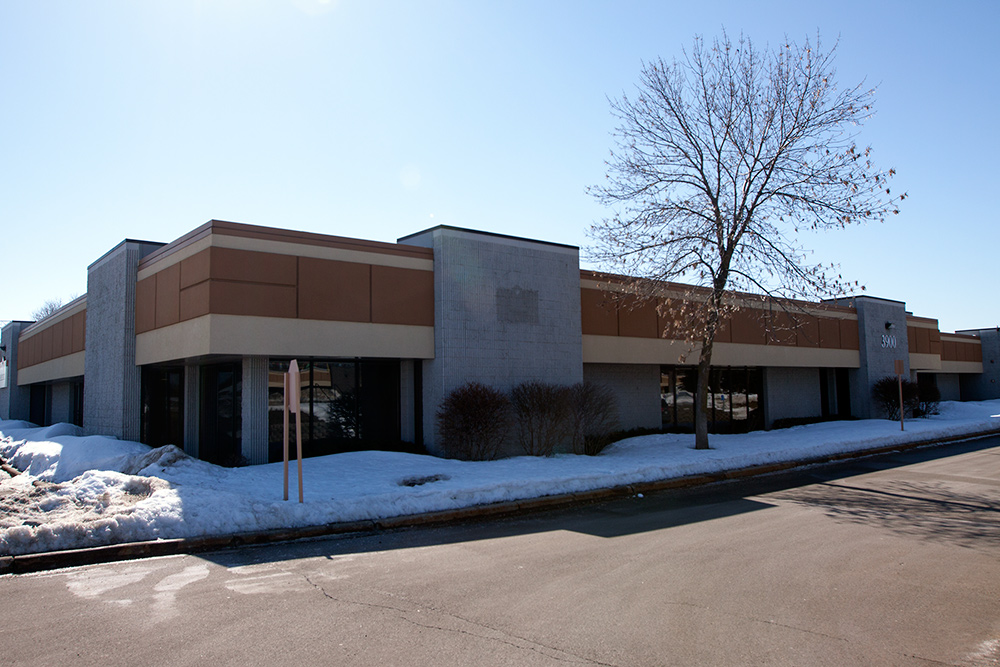 I arrived at Audio Research on a bright but cold Minnesota day -- winter 2014 has been a long one. Audio Research has been in this building, which is located in Plymouth, part of greater Minneapolis since 2000. 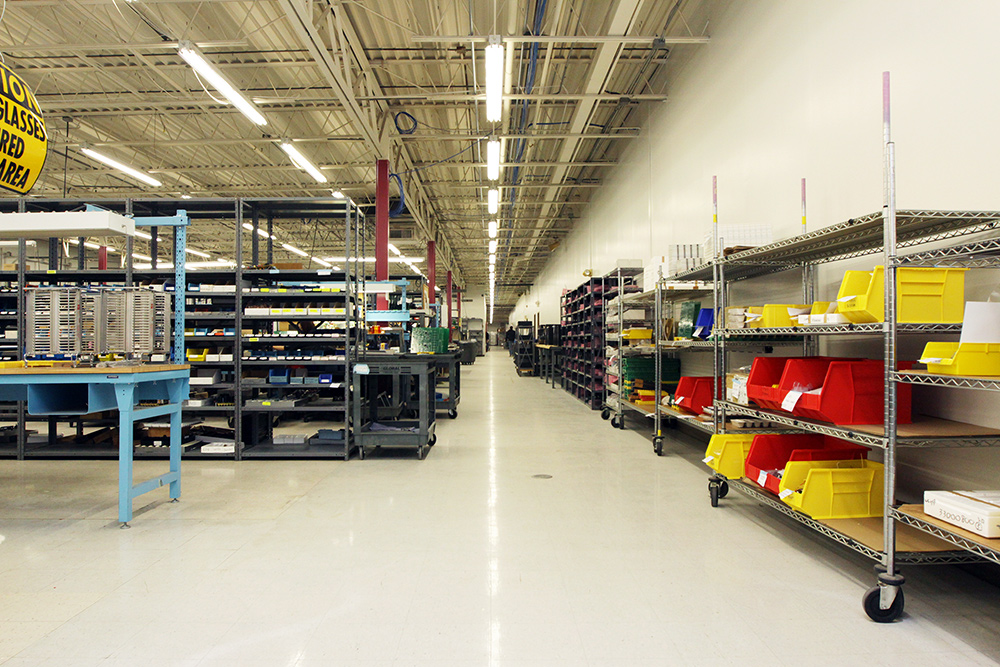 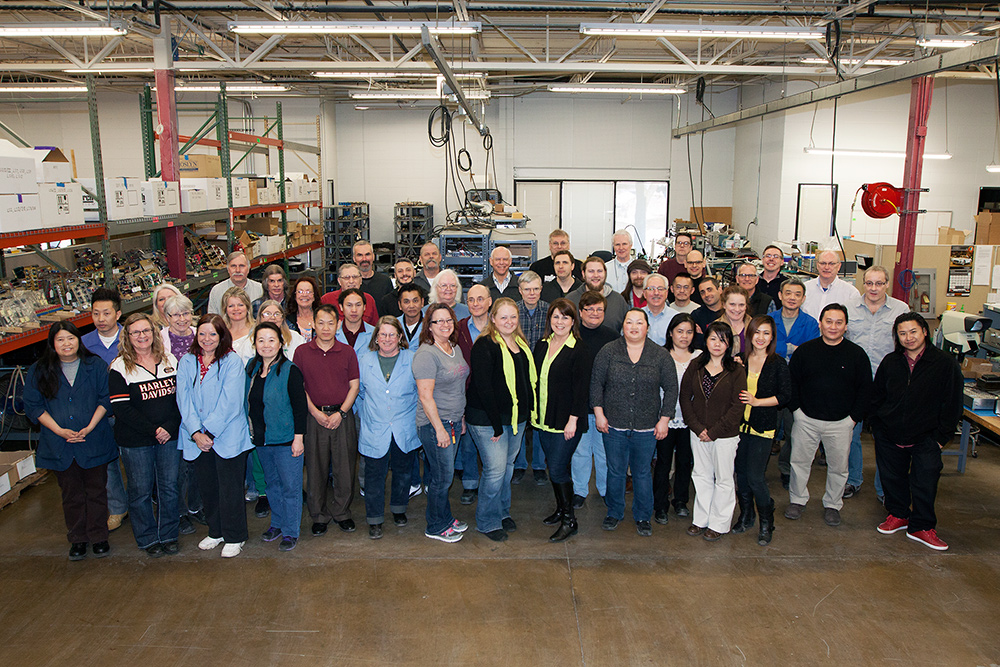 Audio Research currently has more than 50 employees on staff. A few employees are missing from this photo, including current company president Terry Dorn, who was on vacation during my visit. 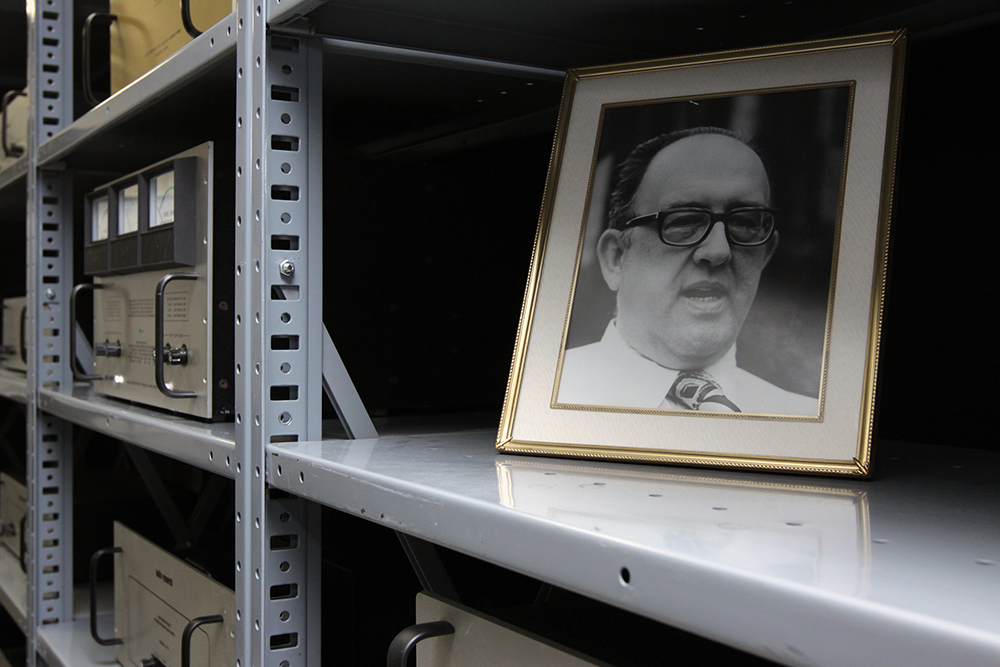 Founder William Johnson's memory is alive and well at Audio Research, with images of him appearing throughout the facility, including in the "museum" room. In this room they have most of the products that the company has produced, and even have some that Johnson designed that predate Audio Research's inception. 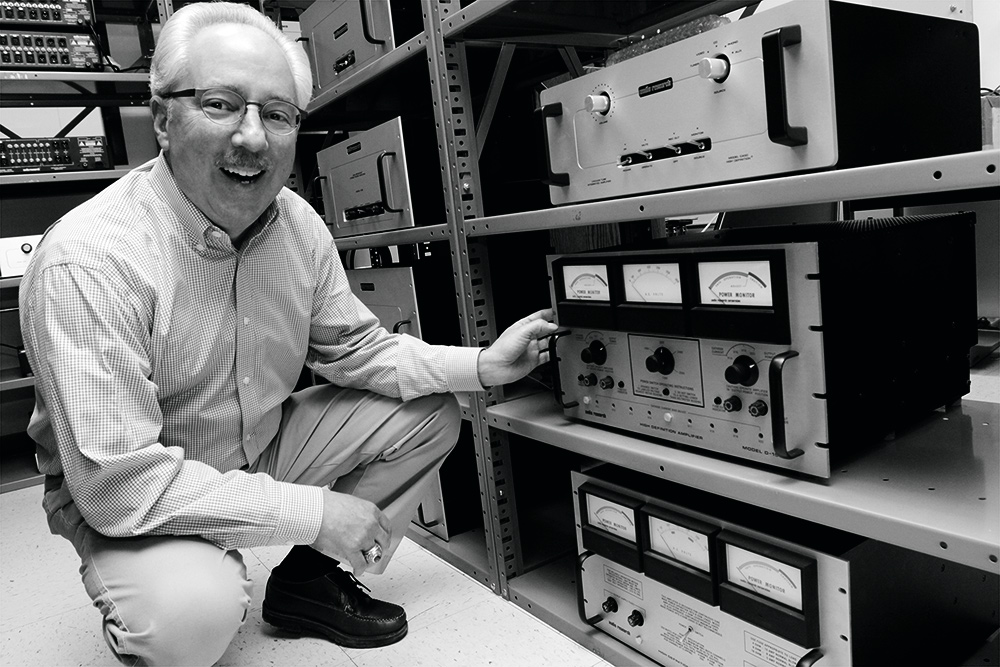 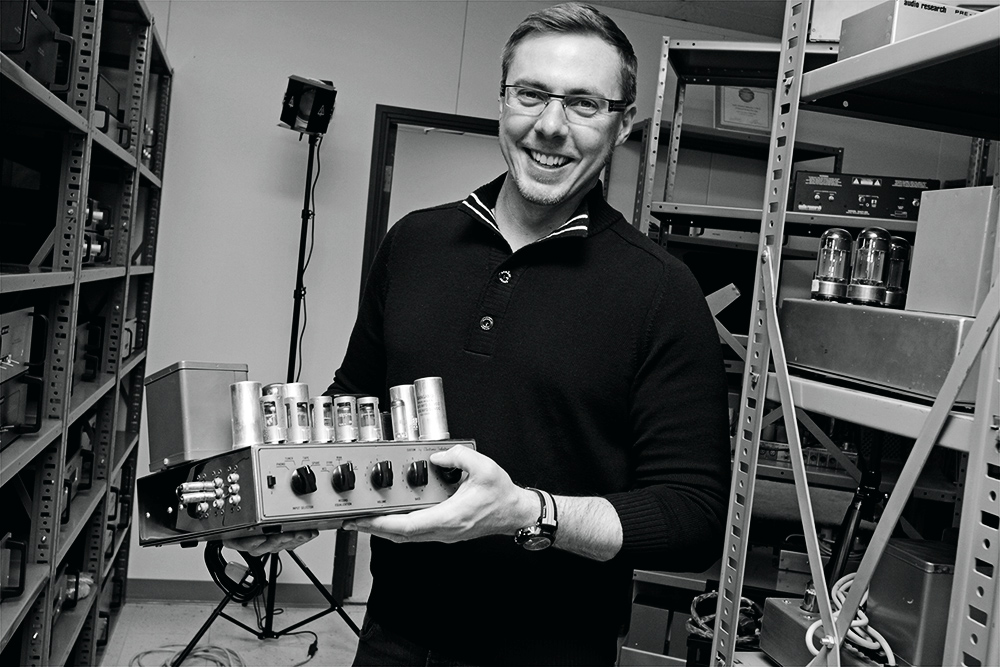 According to Audio Research's marketing manager, Brandon Lauer, Bill Johnson created what he's holding in the '60s, so it predates Audio Research (back then, Johnson owned a retail store called Electronic Industries and offered custom designs). According to Brandon, "It's a mono integrated amplifier, probably based on an Eico or Heathkit chassis, with a Dynaco output transformer." 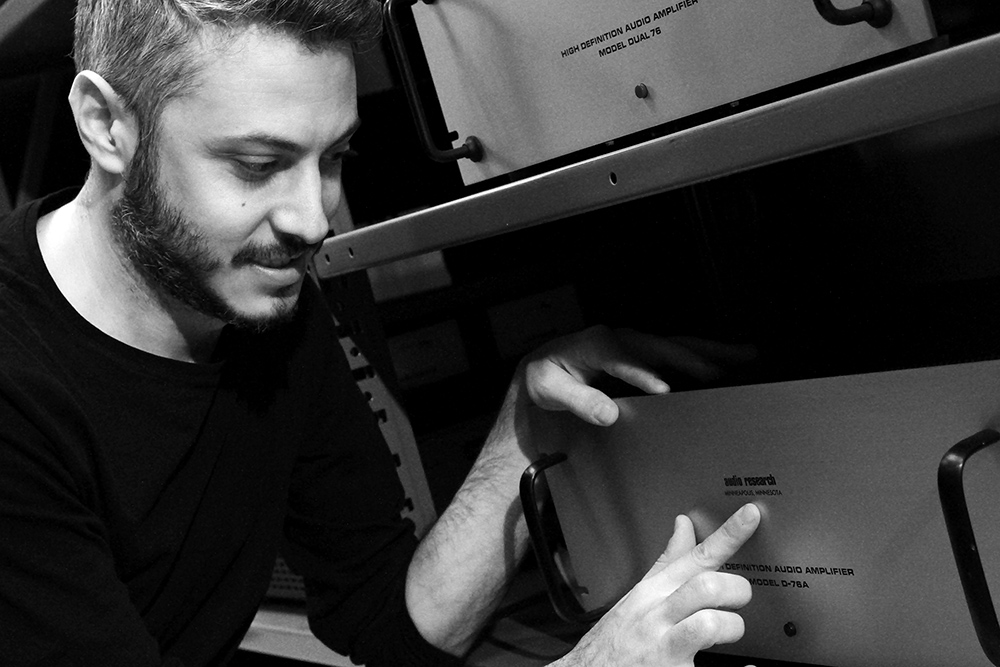 Industrial designer Livio Cucuzza spends a lot of time in this room examining the fine details of the various products, and he pays particular attention to what's changed over the years. The product he directed me to when I visited was the D-76A stereo amplifier, which was produced from 1975 to 1977. What Livio is specifically pointing to is the . . . 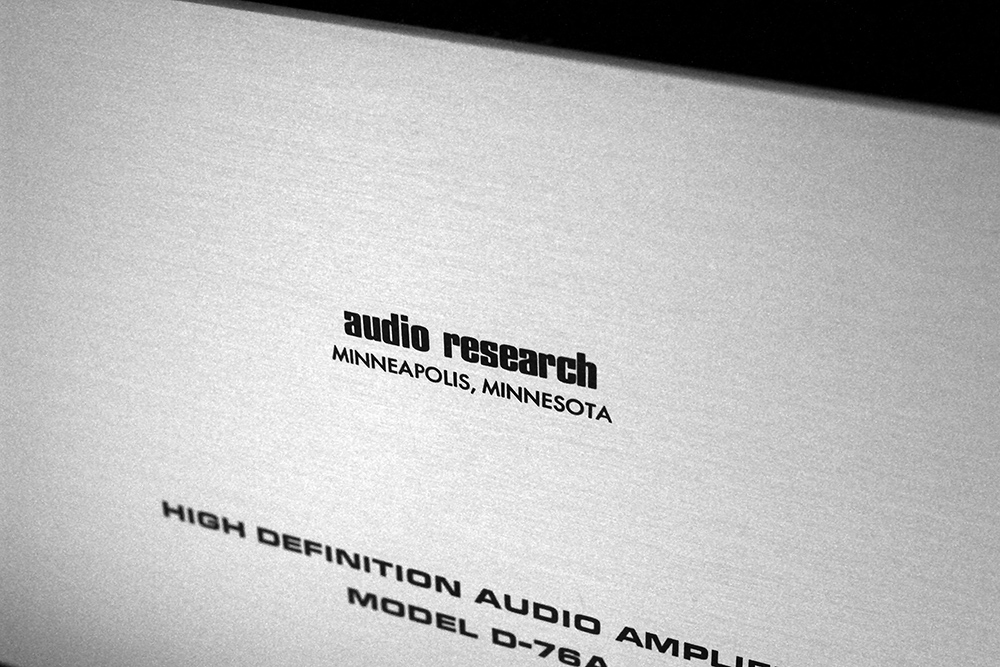 . . . "Minneapolis, Minnesota" silkscreening that adorned the front panel of this component, as well as many of the Audio Research products in the '70s. He thinks it's a nice touch -- and I do, too.