The Needle and the Damage Done: Mobile Fidelity's DSD Scandal

Mobile Fidelity Sound Lab (MFSL), the record label known for its audiophile-grade remasters of hundreds of classic albums, has recently become a cause célèbre among collectors and audiophiles on YouTube and social media. In July, it was revealed that the label’s supposedly all-analog vinyl mastering process actually involves converting the source tapes to DSD files before cutting the master disc, flying in the face of their previous claims. 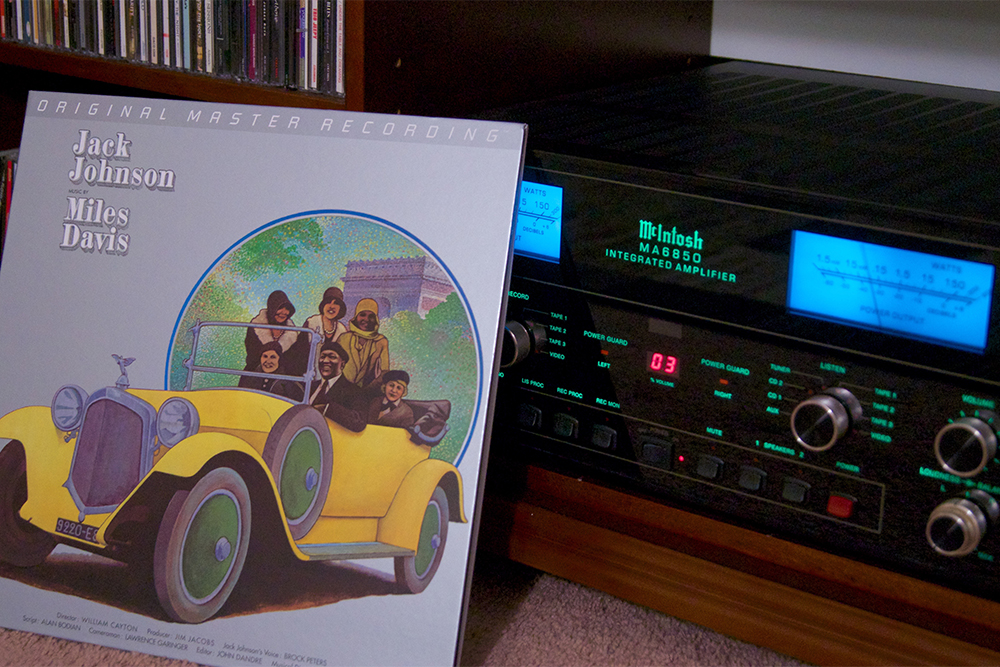 The upshot of this shocking news is that many consumers are feeling that Mobile Fidelity has lied to them; they want to know if the MoFi records they have purchased have been affected, how resale values will be impacted, and what the company plans to do going forward. As is often the nature of stories developing on social media platforms, information is fragmented and often interspersed with personal opinions and speculation. This article should help bring you up to speed on the facts of the Mobile Fidelity Digital Debacle. Here’s what we know so far:

The ‘In’ Groove is a record store in Phoenix, Arizona, specializing in rare and audiophile vinyl records. The store’s owner, Mike Esposito, runs a YouTube channel that features release news, record reviews and comparisons, and other vinyl-centric content. In a recent video, Esposito alleged that MFSL does not in fact cut its master lacquers directly from the master tapes, but actually uses some digital technology in the mastering process. Citing numerous sources, he claimed the company has been doing so for years. Notably, some of MFSL’s most popular and renowned releases, including its premium UltraDisc One-Step pressings, were alleged to have used DSD in the mastering chain. Public pressure on MFSL to confirm or deny the allegations would lead Esposito to make another video of an hour-long interview he conducted with MFSL engineers Shawn Britton, Krieg Wunderlich, and Rob LoVerde in MoFi’s Sebastopol, California, mastering studio. In the interview, the mastering engineers admit to having used DSD on most of MoFi’s releases since the late 2000s. Also confirmed is the fact that all of the company’s One-Step records used DSD as part of the mastering process.

Other YouTubers unearthed further evidence that MFSL has been deliberately misleading about its mastering process, and in several cases, outright lied about mastering all-analog, straight from the original tapes. Vinyl-centric YouTube channel Poetryonplastic’s video on the subject contains analysis of the literature used in MFSL releases throughout the years, as well as written and video evidence, showing that MFSL was still claiming it was using an all-analog mastering chain well after the time it had started using digital technology in the process. Between this video, Esposito’s interview with the engineers, and other evidence posted on social media, it was all laid bare: consumers who had purchased MoFi vinyl records under the pretense that the lacquers were cut directly from the original analog tapes had been duped.

The dust has mostly settled on the revelations and accusations by now; Esposito has posted a video with his final thoughts on the subject, saying he wouldn’t comment on it any more. After several uncomfortable days of silence from MoFi, Jim Davis, the president of MFSL and Music Direct (MFSL’s parent company), released a statement on MoFi’s website and social media pages:

We recognize our conduct has resulted in both anger and confusion in the marketplace. Moving forward, we are adopting a policy of 100% transparency regarding the provenance of our audio products. We are immediately working on updating our websites, future printed materials, and packaging—as well as providing our sales and customer service representatives with these details. We will also provide clear, specific definitions when it comes to Mobile Fidelity Sound Lab marketing branding such as Original Master Recording (OMR) and UltraDisc One-Step (UD1S). We will backfill source information on previous releases so Mobile Fidelity Sound Lab customers can feel as confident in owning their products as we are in making them.

We thank you for your past support and hope you allow us to continue to provide you the best-sounding records possible—an aim we've achieved and continue to pursue with pride.

Further investigation of technology literature across the MoFi site reveals changes that acknowledge its OMR and UD1S mastering processes include a step of copying the master tapes to DSD. 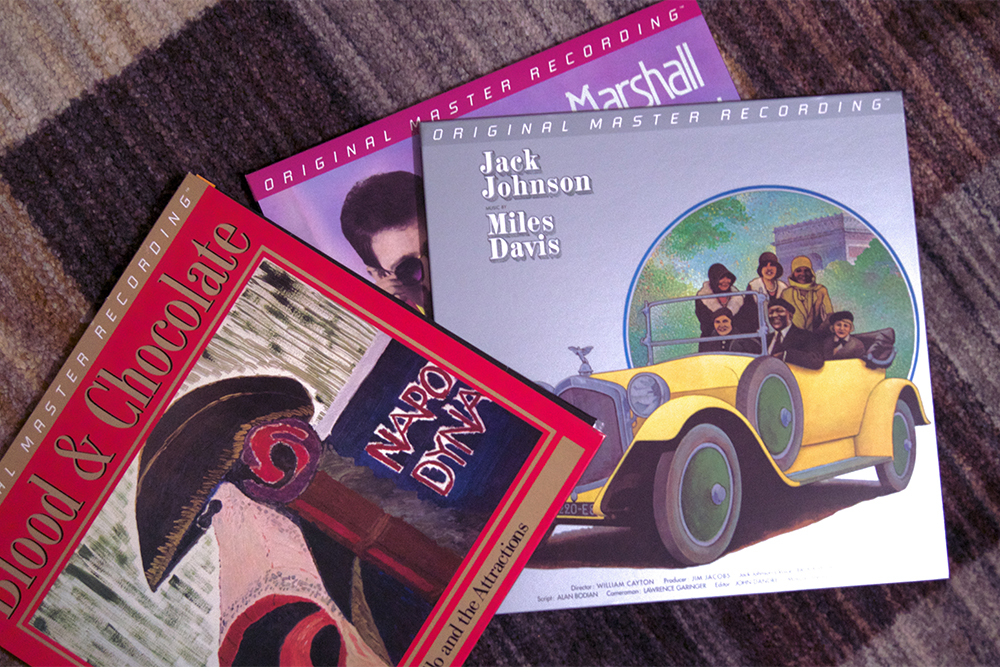 So, it’s prudent here to take a look at the implications and consequences of the whole debacle, along with some mild myth-busting, to get a complete picture of the situation. First, it seems that relatively few “analog purists” have suddenly decided their MoFi albums sound like crap after learning about the DSD step in the mastering process. The general consensus across social media—and indeed, the personal opinion of Esposito—is that whatever the process used, MoFi products are of an extremely high quality and generally sound great. If we take MoFi at its word—understandably, difficult to do right now—the tapes are converted to DSD, a one-bit digital format embraced by many audiophiles, with a base sample rate 64 times that of standard Red Book CD. The quad-rate DSD transfers (those using a sample rate of 11.2MHz, or 256 times that of a standard CD) that the MoFi engineers indicated are being used have a frequency bandwidth and dynamic range that far exceeds that of even the best-quality master tapes.

MFSL’s opinion is that the DSD transfer step is totally transparent to the master tape and is necessary to achieve the highest-quality finished product. Doing so helps to preserve the master tapes, and allows the engineers to make as many adjustments to their equipment as required—and to make as many passes over the source recording and test pressings as needed—to get the best final product. It is implied by the engineers and in the literature that while the master lacquer is cut from the DSD file and not the original tape, no editing takes place in the digital domain. Though editing in digital is de rigueur in more pedestrian digital mastering processes, it certainly constitutes yet another step: DSD files must be converted to high-resolution PCM for editing, and cutting from an edited file is clearly not the same as cutting from the original master tape.

Even though there seems to be widespread acceptance that this process results in a high-quality product, record collectors are furious that MoFi has been lying to them for years about using digital technology—see Poetryonplastic’s video I mentioned earlier. Having caught the company in this lie, some say they may not buy MoFi releases again, with many others saying they’d be much more hesitant to do so.

The implications of this revelation go beyond a loss of consumer faith, however. A large part of MoFi’s business model is based on the scarcity of its products. Now that consumers know that the master tapes are converted to digital files, it seems that MoFi could fairly easily make many, many more copies of its releases. Licensing agreements and logistics surely add some restrictions, but there is some expectation that the days of MFSL limited releases numbering in the low thousands may be over.

Following this debacle, many are expecting that Mobile Fidelity will be forced to adjust its pricing model, as few consumers are likely to be eager to pay $100 or more for a MoFi release that is not as scarce or as difficult to produce as previously thought. Uncertainty plagues the used market as well, where rare One-Step pressings sometimes sell for thousands of dollars. 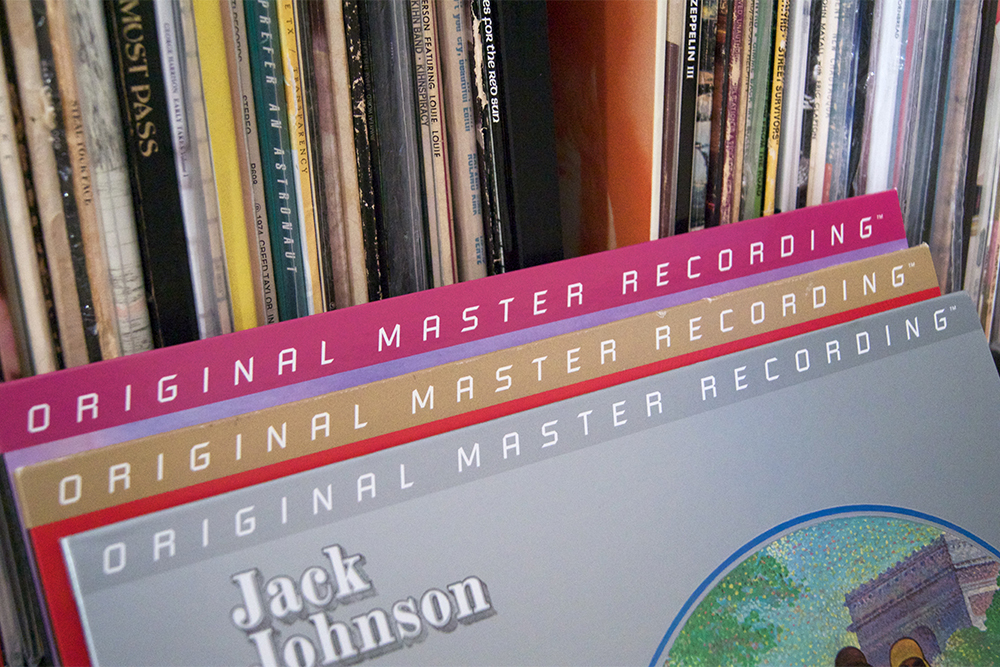 Finally, there is the issue of increased transparency going forward. According to the MoFi mastering engineers and company president Jim Davis, MoFi will change its labeling and product literature to give clear information about any digital tech used in the mastering process, and the company intends to update the details of past releases to clarify which products did or did not utilize the DSD step. It’s unclear whether we will get a complete list of all past releases and the technology used on them. Current products on Mobile Fidelity’s website do show this information, including the tape width and speed of the source and the DSD technology used. Even this information is already under scrutiny, as it shows that many sold-out and upcoming releases, including One-Step products, used DSD64 tech instead of DSD256. Whether there’s any audible difference between the two resolutions is still up for debate, but based on earlier comments by the mastering engineers and others, many were expecting the higher-resolution DSD256 to be the norm. As increased transparency is the biggest call from consumers, it should be interesting to see how this develops, and whether the public will think it’s enough.

We reached out to Mobile Fidelity for comment on these issues but did not receive a response. This is the state of things at the time of writing at the end of July, but it’s possible new developments have come to light since then.