The term format agnostic has been showing up lately in certain hi-fi circles. I’m no linguist, but I am a fan of words and the creative ways we use them. These two words, in combination, caught my attention.

Form is the root of format. It’s the word we use to describe the relative shape, structure, type, matter, or nature of certain things. Agnostic often refers to the belief that God is unknown and also unknowable. And while both words are nouns, it’s the latter’s adjectival third usage (placed after a noun) at Merriam-Webster that applies to this month’s blog post: “not preferring a particular device or system.”

As a writer, I dislike the texture of the phrase’s strained meter, which takes extra effort to place into a sentence. Why? Format agnostic, lacking apocope, contains five syllables, which is fine, I guess, but it’s also punctured by a forced pause that hits hard on the first word’s second syllable, ending on a consonant preceding the second word’s first vowel syllable. As such, when you read it, it doesn’t roll off the tongue well (behind the phrase’s high-brow diction one finds little assonance in its low-brow dissonance). Writers who love music (and the audio gear we play it on) also love the interplay of how words and phrases sound in their sentences.

Nevertheless, as a listener, I like the malaise of the phrase’s commitment to not committing. It’s open and affirming. And as it pertains to hi-fi, it just vibes, man. Format agnostic says to shut up and play the damn music.

What got me thinking about the term in the first place was how, not too long ago, most of my music in my room sounded practically the same, regardless of the source format. Not exclusively, just mostly. I’m writing in your reading past, but I can already hear your present screams to get my ears checked, to stop listening to noise, or to simply get better gear. But that misses the point: when it all sounded mostly the same, it was easy to be format agnostic.

Which is why what comes next is so hard to admit. All of that changed for me late last year when I brought two little boxes into my system’s signal path: one digital, one analog.

I cut all the lawns in my neighborhood. Added two new paper routes. Gave blood. Switched to Geico and saved 15% or more on my car insurance. Finally, though, I said goodbye to my Altec Lansing Valencias (which I still kind of maybe regret). Cash in hand, I emailed Matthew Rotunda, proprietor of Pitch Perfect Audio and US distributor for Auditorium 23, and inquired about the availability of an Auditorium 23 MC step-up transformer ($1295 plus $695 for A23 interconnects; all prices USD). 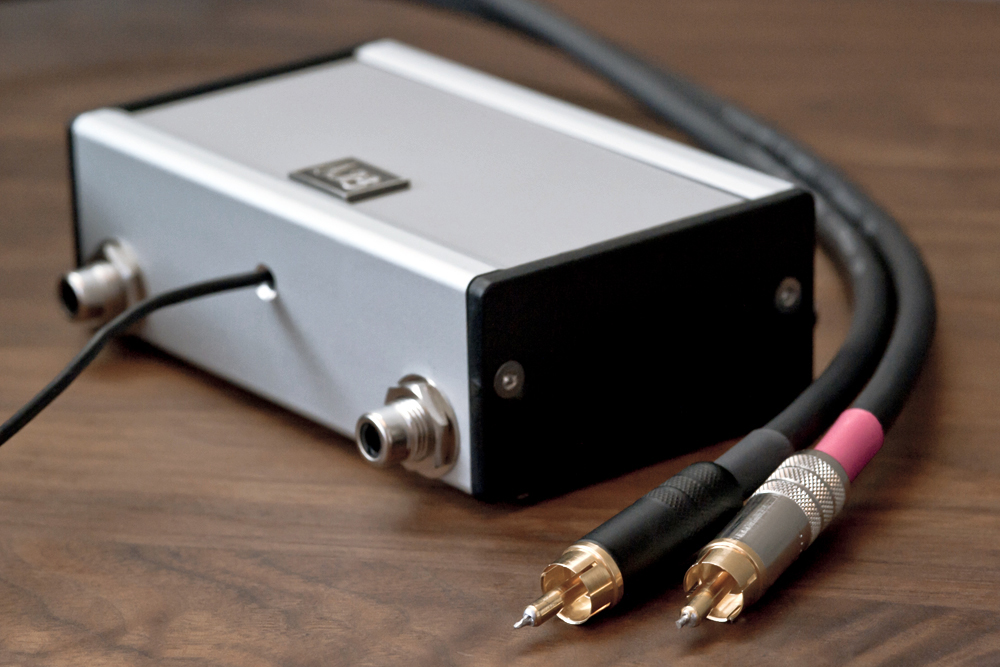 What is a step-up transformer (SUT)? Garrett Hongo, writing about the EAR MC 4 SUT for SoundStage! Ultra in 2011, said it better than I can:

The step-up transformer . . . [is] a device placed in circuit between the relatively low-level signal generated by a moving-coil cartridge and the moving-magnet input of a phono preamplifier. Basically, the step-up amplifies the tiny analog signal from the MC cartridge to an MM level, which then can be amplified even more by the phono stage. . . . More commonly, a step-up is a standalone device that amplifies the analog signal passively, through the windings of its transformers, rather than actively, as with the FET devices and tubes used in many MC phono stages.

Although the A23 SUT I had my ears set on was designed “for cartridges with low impedances,” a selectable ordering option exists specifically for the Denon DL-103, an affordable MC cartridge that debuted in 1962, and which presents a relatively high 40-ohm impedance. The A23 SUT’s Denon option, I’d read over the years, made it an especially good match for my $499 Zu Audio-modified Denon DL-103 Mk.II moving-coil cartridge. 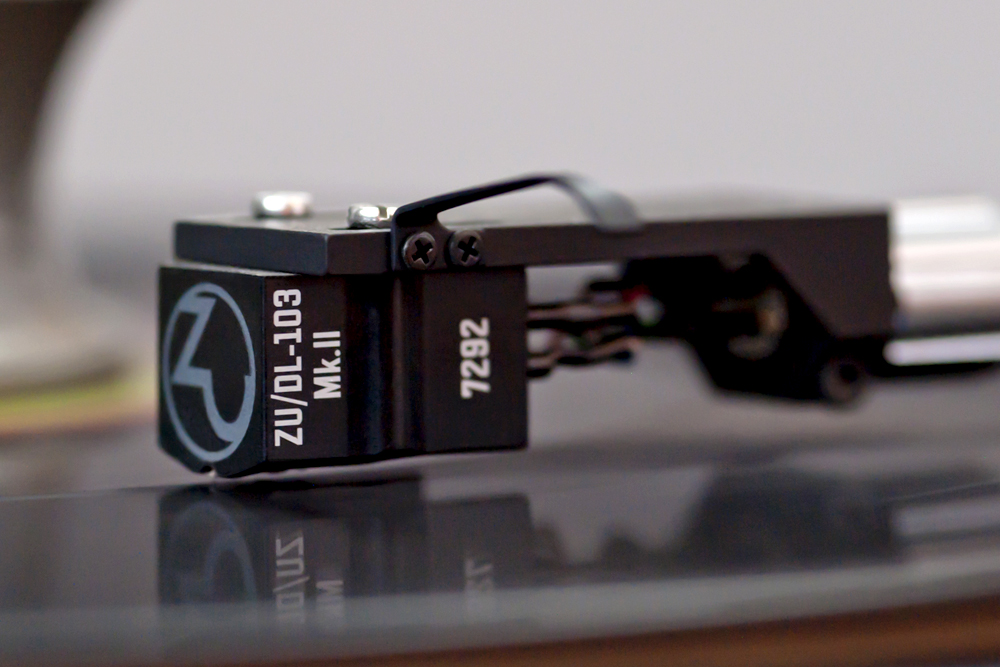 After unpacking, I turned the unit over in my palm. There’s not much to look at. And it weighs less than an iPhone. On one side are two single-ended output connectors at the far edge of the body, between black end caps (black for Denon, as opposed to two other colors for different windings for different MC cartridges: green for Ortofon SPU and yellow for EMT); a ground wire protrudes from the face’s center; and on the opposite side are two identical connections for input. An engraved badge on top reads A23.

I connected my turntable’s Mogami Mini Starquad tonearm cable to the A23 SUT’s input jacks, ran the A23 interconnects and SUT’s ground wire to my Parasound Zphono phono preamplifier, and flipped the Zphono’s cartridge selector switch from moving coil to moving magnet. 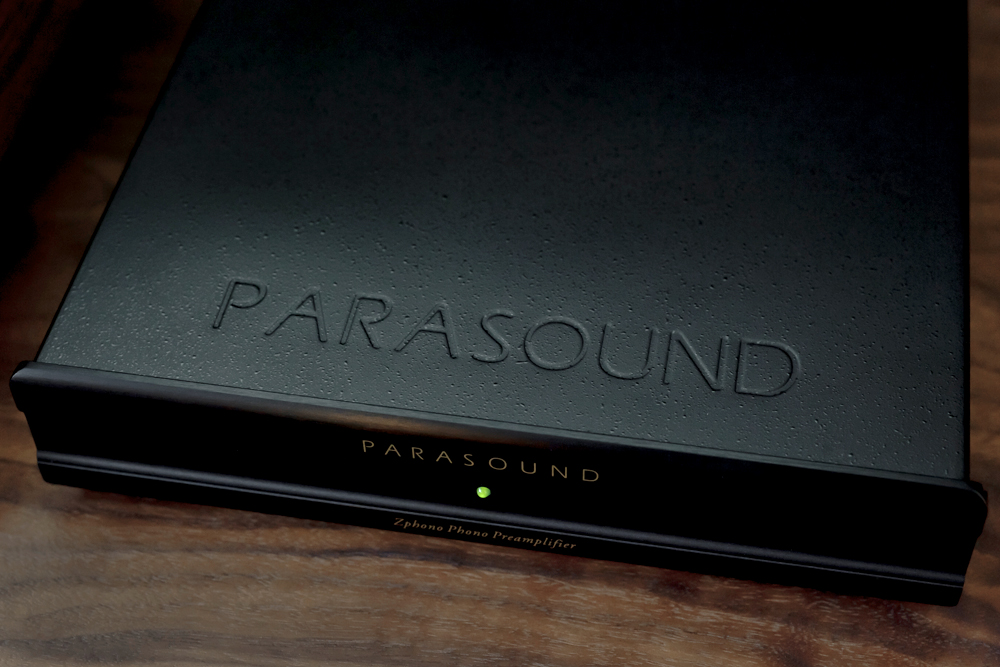 At first, it was quiet. But after a few seconds the music shot out of my Klipsch Cornwalls like a cannon. Thirty seconds later, it felt like real faces were in my listening room, floating in front of me. That I could tell, not much changed in the soundstage width of my music, but the perceivable depth exploded—both front and back—and the instruments, their individual sounds, seemed to exhale, finding more than a little extra elbow room to express their individual grooves. I hate using the industry’s regular buzzwords, but this, I’m certain, is what “audiophile” reviewers hear when they write “3D soundstage!” and “holographic imaging!”

I spent a week digging through my best-sounding records, but there’s space here for only one. “Nutshell” is my favorite Alice in Chains song, but it’s the Unplugged (LP, Music on Vinyl MOVLP138) version that I love best. If you’re around my age, you know the story. At the (MTV live) performance, Layne Staley sat hunched on his stool, eyes closed or averted, protected by a ring of candles surrounding him on stage. They soon blew out. He soon blew out. It was there in his vocal performance, a tenderness, at first uncomfortably contractual, but also somber, beautiful like leaves falling in autumn. The band’s banter between songs and the interplay between bassist Mike Inez and Metallica in the audience betrayed the quake in Staley’s powerful voice—it was all there, more defined in a listening space than I’d ever heard. The A23 SUT didn’t get me into the audience that night 25 years ago; it brought me closer to the oil-and-water trepidation of anguish and beauty coexisting on that cherished recording. 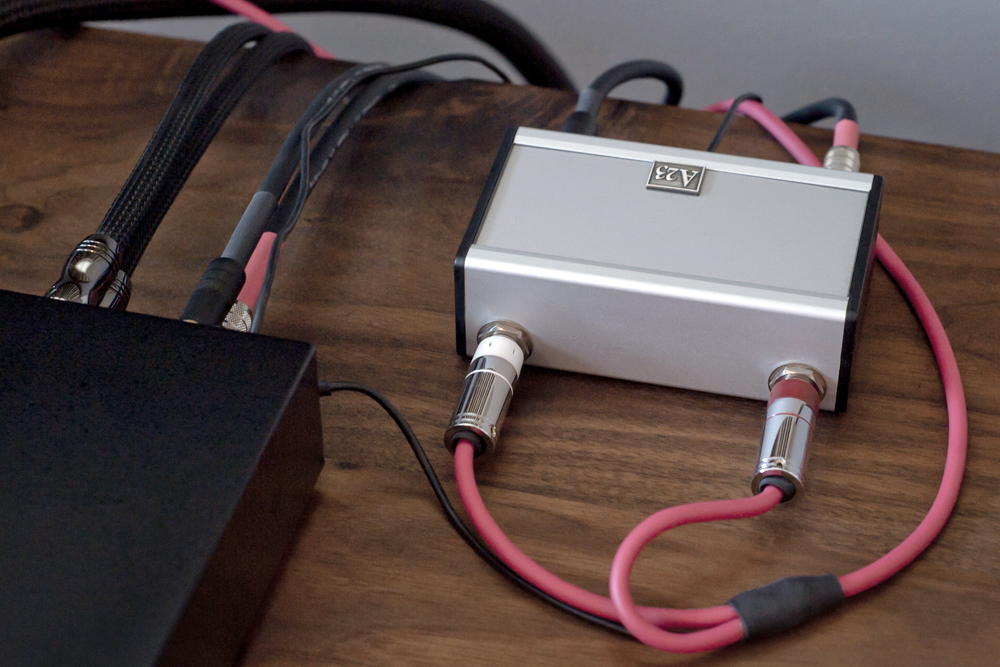 I knew I had stumbled onto something special, however, when I played one of my worst-sounding records: You’d Prefer an Astronaut (LP, RCA 88765422601 SRC016) by Hum. This 45-minute 1990s-shoegaze space-alt-rock masterpiece is one of my favorite albums ever—and it sounds equally bad on CD (RCA/BMG 07863 66577-2 D 100296). The tracks float on distorted clouds of layered guitars and pounding drums. It’s heavy, but it’s also not, featuring strummy acoustic plucking, catchy melodies, and soft-spoken vocals. Unfortunately, this dynamic music’s recording falls flat, the vocals overwhelmed and small, muted and lagging. It must be some kind of witchcraft or sorcery locked inside the box, then, for I’ve no other reason to explain how the coils of wire inside the A23 SUT brought Matt Talbot’s voice into my room, into a kind of front-and-center realness that I’ve never before heard. (Whoa. In the middle of writing that sentence, a notification popped up on my iPhone alerting me to a new comment on a six-year-old YouTube video I made featuring this album’s hit song). It still didn’t compare to the Alice in Chains, but for sure, it was an all-new experience of a nearly 30-year-old album I’ve long loved and loved to hate.

If you’ve read my series of blog posts up to this point, you might be laughing. It’s true that vintage speakers and vintage turntables rotate through my listening room pretty frequently. But like my cars, I hold onto the audio gear I love most.

The elephant in the small listening room is that the A23 SUT represents, for me, a significant personal investment—and it works with just one relatively oddball MC cartridge, that is, one with a specifically low output and high impedance. That makes my Zu/Denon DL-103 Mk.II plus A23 SUT a package combo. But not all is lost: my budget Parasound Zphono phono stage ($229) can accommodate most MC cartridges—so I can still experiment with other cartridges—sans SUT.

On the premise of a new frontier

When I recently booted up the old Rotel CD player, the voodoo was gone. And so I found an Oppo BDP-83 for $10 on Craigslist. A marked improvement! And still dull by comparison. I then tried various saved favorites in Tidal, via my Denafrips Ares II DAC and Rpi4 streamer, and it was hardly better. A return to the Thorens crushed me and the illusion I had harbored on being format agnostic.

There was now no comparison.

If something like this has happened to you, I’d like to know. Send me an email from the link below. Tell me about the piece of gear that, whether or not you harbored a firm conclusion otherwise, changed your mind or sent you along a new/different path. Be specific. My words above aren’t absolute in my future path.

This month’s featured selections include some of those described above: You’d Prefer an Astronaut by Hum and Unplugged by Alice in Chains. Sticking with the ’90s theme, you need to hear Fantastic Planet by the resurgent post-grunge, spacey-art-rock, three-piece Failure (LP, Slash/Warner Bros. 46269-1). I’m not convinced that there are five better songs on any album than those that end this record. The mellow self-titled sophomore effort (LP, Go! Beat 314-539-189-1) from dreamy trip-hop pioneers Portishead will leave you stunned. And the monumental industrial-synth debut Pretty Hate Machine (LP, Universal B0015767-01) by Nine Inch Nails (technically October 1989, but still) bleeds forlornness and young-adult angst. It’s simpler and prettier than you’ve been led to believe.