It feels great to finally say it. We’re moving. We’ve been in our current house on the wrong coast for eight years (plus another year in an apartment), the longest we’ve ever stayed in one place. It’s a lovely little mid-century modern at the top of a cul-de-sac in a great spot—near trails, good schools, and community comforts that we value.

This house, in this place, has provided a nourishing backdrop for the spouse and me to raise our children; it’s not a privilege we take lightly. We’ve made magic here. 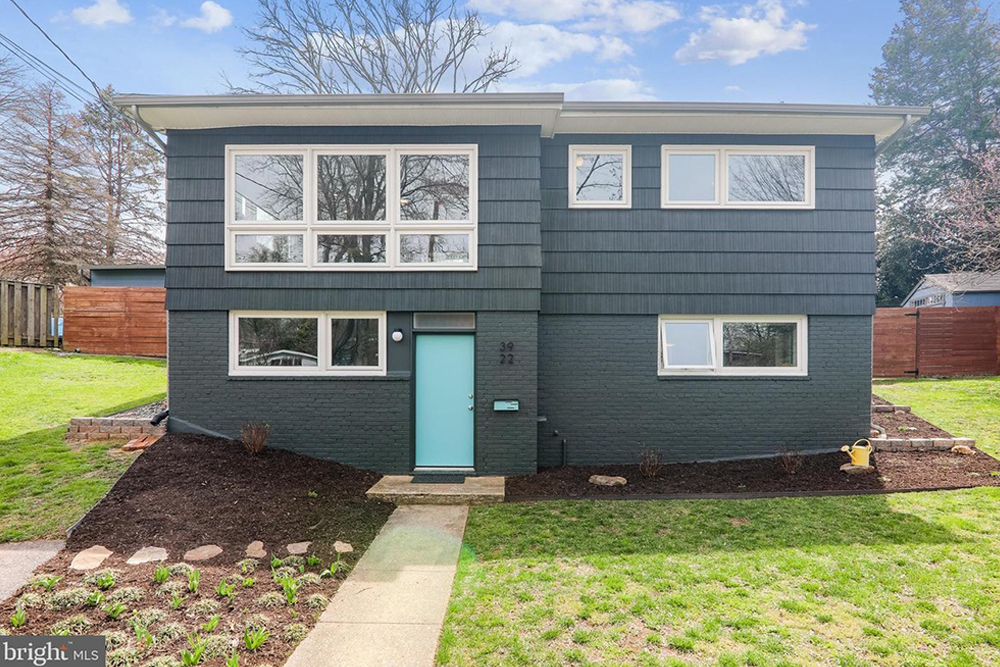 Yet, despite that, we’re far from capital-H Home and the people and places we love most. It’s not so much homesickness as a long-burning and profound realization that led us to this decision: getting here was a great challenge, an exciting experiment, and one from which we learned and explored and grew, but being here is not what we want.

The opportunity was a surprise. We pounced. Change is exciting! But you know what’s not? Moving.

Moving is the absolute suckiest worst.

Seriously. Are you aware of just how much crap you really own? How much useless junk you’ve collected over the years?

Facing our own accumulation, visualizing packing this accumulation, is its own self-indictment. If you’ve ever packed up the belongings of a parent or family member you’ve lost, you know what I mean. And if you don’t, just scroll your local Craigslist “free” ads.

A metal pasta spoon? Collagen powder? A bag of pinecones? Used shampoo? Expired cat food and cat litter? A half-bag of diapers? The Great Pacific Garbage Patch has nothing on your local Craigslist.

You tend to not notice how much useless crap you’ve accumulated when you have a place to store it and forget it. Extra lumber, drywall, roof shingles, flooring tiles, buckets of half-used paint and stain and glues, baskets, file cabinets, seasonal clothing and bedding, car parts—the list goes on. So much so, in our case, that we built a second “storage” shed in addition to our “workshop” shed just to hold more stuff! An extra couch, a digital piano, seasonal decorations, our children’s art and schoolwork, wood toys, and, notably, speakers and amplifiers and the double packing boxes of every audio component I own.

The moment you have to pick up your own accumulated junk and hold it in your hands—or find a box for it, or consider where it could fit in a pod or moving truck and in another home—you begin to wonder whether it was ever necessary in the first place.

We’ve worked with several realtors over the years, but our current is the best. She gets us, mostly because we get her—she’s the local mid-century modern realtor expert and lives in a National Historic District, a gorgeous and desirable neighborhood designed by architect Charles Goodman. 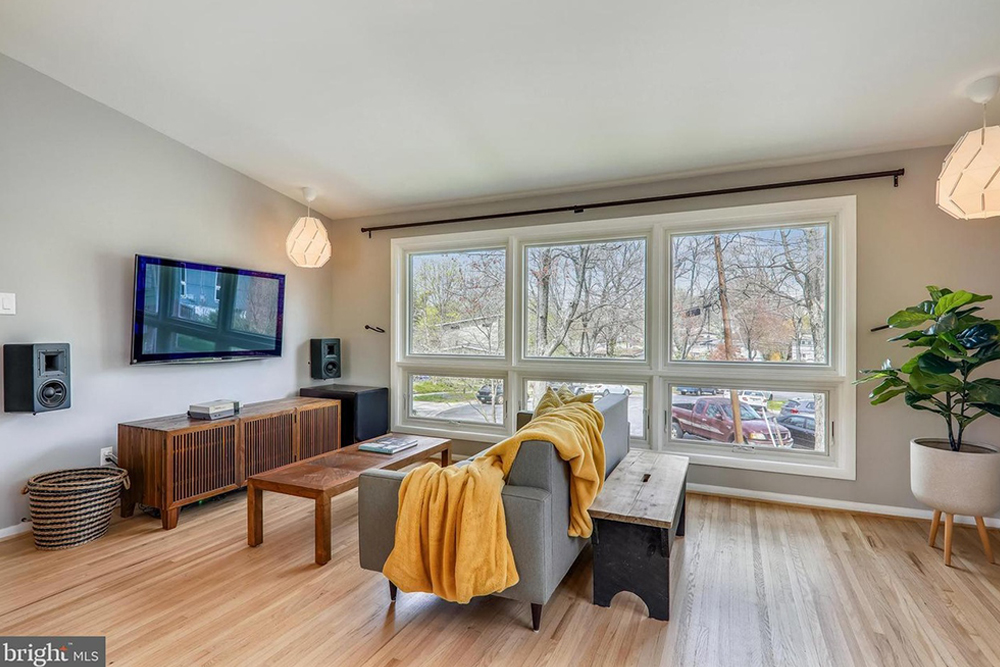 Our selling agent’s professional experience and personal style have made her an invaluable resource. I’d recommend not living in a house that you’re also selling, but if, like us, you kinda have to, well, find someone who knows the Colin Chapman theme of simplifying and then adding lightness. That is, addition by subtraction.

I’m happy to report that, for photos and open-house staging, my listening room got the stamp of approval. Mostly. It didn’t remain unchanged, but it was close enough to stomach: Massif Audio Design Dogma rack in Black Walnut, front and center, bookended by my Klipsch Cornwall speakers. The biggest change was moving several of my IKEA Kallax shelving units and hundreds of CDs into a storage room, as well as moving my listening chair out of the sweet spot and into a corner, near the rear stairs. 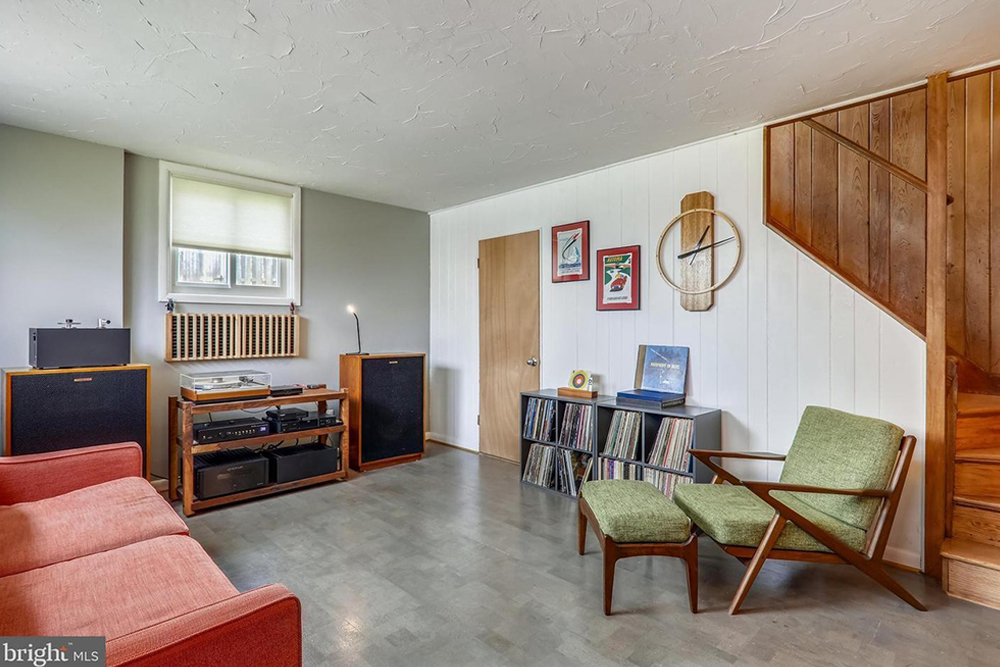 Judging by the Redfin and Zillow views and favorites, our home was a hot commodity. It was kind of weird when cars would line up to drive the cul-de-sac and stop in front of the house, take pictures, and drive off. Hello! I waved from the front windows while working from home. More intrusive still, our realtor received and scheduled so many private viewings and pre-inspections prior to and after the open house that we found ourselves being forced to leave our furnished home for hours at a time. It wasn’t easy, especially for the kids and the dog.

Could you do it? I worried about swiped records and CDs the entire time.

On the other hand

We received nearly a dozen offers in just one weekend. All of them were comfortably above asking, with no contingencies and a rather quick closing. But as interest rates in the US have doubled (mid-May), that means our own buying power has also diminished. 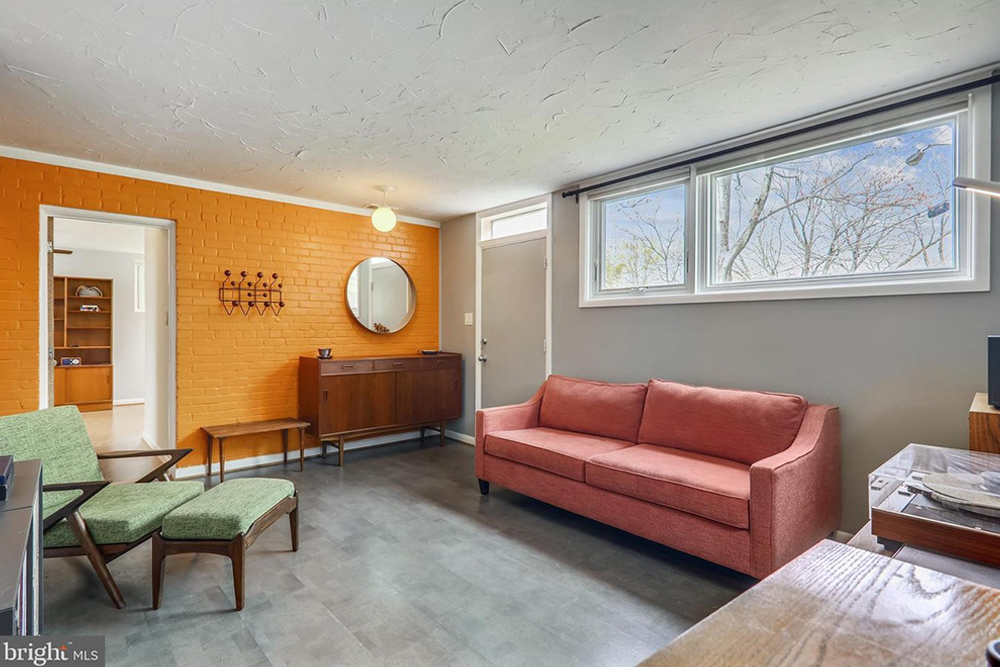 In late March, while I worked from home and took care of the kids, the missus traveled Home one long weekend to the best coast and viewed our targeted area with an agent. She visited the local schools and got a lay of the land for grocery shopping and other essentials (tacos). In viewing open homes, she explained to the agent what we were looking for: mid-century construction, three or four bedrooms, a two-car garage, and an intimate backyard. Many houses theoretically fit this description, but my wants, the missus knew, were that TVs don’t go above fireplaces or in corners, and for a usable two-channel setup, speakers go on the short, front wall, preferably not in front of windows. And the missus’s biggest want? A space where she could craft and sew in the same room where I listened.

I began writing this in early April, and it’s now almost July. Moving and packing are the absolute suckiest worst. But there’s light at the end of this tunnel. Sight unseen, we found and purchased our dream home and, well . . . um . . . it doesn’t feature a listening or crafting space. In fact, it might be better than we imagined.

Got a moving story of your own? How high on the needs list was a place to put the big speakers? Were you able to find a suitable audio spot while looking for your next home? Hit that email button below and share your WAF/S(pouse)AF successes and failures!

This month’s “New Noise” features selections from my past few months. Admittedly, it’s been a period of little actual dedicated home listening. (Yo, we’re moving!)

April is a special month in the US, socially and musically. I don’t identify with the practices of the people who celebrate one of the days in this month, but I indulge in their music, and for me, none are better than Sleep and Electric Wizard. IYKYK, and if you don’t, then Dopesmoker (Southern Lord LORD158) and Dopethrone (Rise Above RISELP073GS), respectively, are the movement’s holy works. Think slow, loud, repetitive—not unlike Black Sabbath’s debut.

Oh, but this month’s titular Ocasek occasion? Shades down, volume up, backing out of the driveway to the remake by West Virginia groove/thrash alums Byzantine.