Music is universal and healing, and no one is more committed to using those qualities to promote harmony than Simeon “Sanch” Sandiford, a record executive, promoter, and music enthusiast. His love for the music of his native island, the Republic of Trinidad and Tobago, is boundless, as is his belief that music can bring people together. On August 14, 2016, Sandiford organized a concert featuring pianist Felix Roach at the Little Carib Theatre in Port of Spain. Sandiford promoted the show to help call attention to Roach’s album Felix Roach Plays the Spirituals, which Sandiford’s record company, Sanch Electronix, had released on HDCD a few weeks earlier. 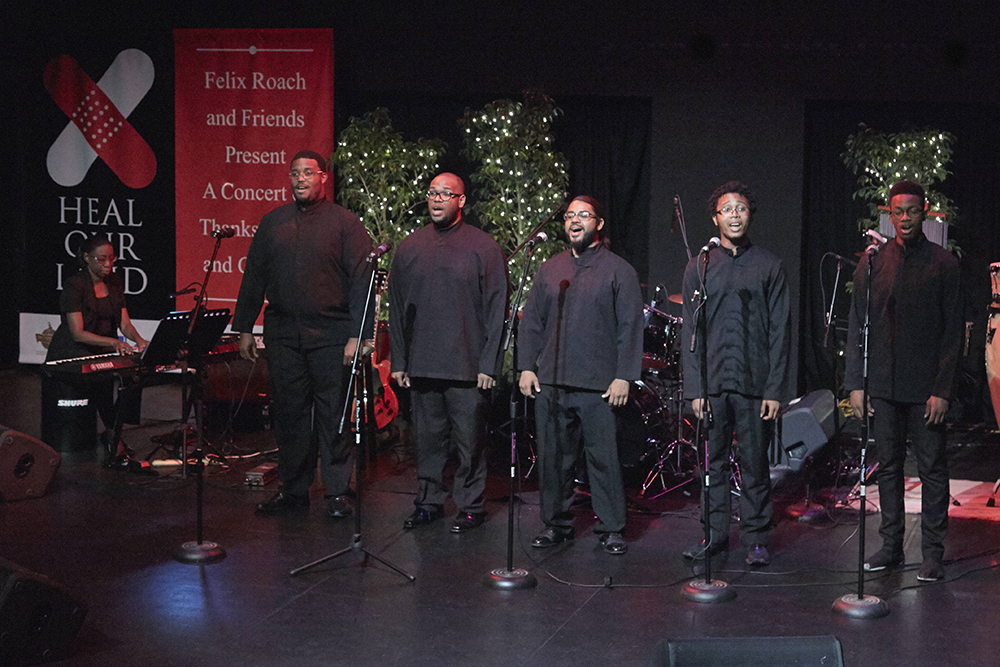 The Sons of God chorus

Sandiford arranged for the show, which he titled Heal Our Land (HOLA), to be filmed in HD, and oversaw the editing of a 95-minute high-definition film documenting the event. On August 1, 2021, at 1 p.m. EDT, Sanch Electronix will host a streaming of the film, at a cost of $12.25. Proceeds will be donated to designated agencies for COVID-19 and natural-disaster relief in the Caribbean, and to a program designed to help aspiring music professionals in Trinidad and Tobago with music literacy, production training, and other aspects of the industry. 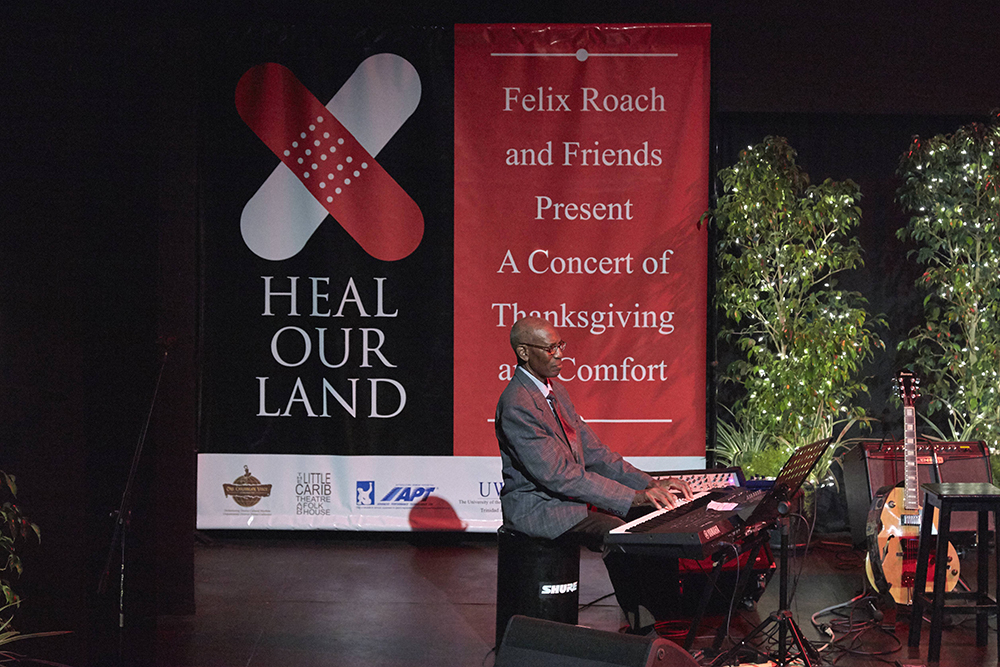 Felix Roach, another native of Trinidad and Tobago, attended the Berklee School of Music in Boston, and for many years was the music director for the Hilton in Port of Spain. He has also been actively involved in music at various churches. At HOLA, he accompanied the Sons of God Chorus, a group formed at a Catholic church in Santa Cruz in Trinidad and Tobago. Other performers at HOLA included Safari in Praise, Frenz in Musik, and the Strings Trio.

Sandiford and Roach have been working together for 30 years. Roach was one of the first musicians to record for Sanch Electronix when the company began in the 1990s. He has recorded in several genres for Sanch, including pan-jazz improvisations. Roach is so highly regarded in Trinidad and Tobago that he received the Hummingbird Medal, awarded for service to the state. Soon after completing Felix Roach Plays the Spirituals, Roach presented a copy of the CD to Pope Emeritus Benedict.

According to Sandiford, or “Mr. Sanch” as he likes to be called, “Heal Our Land is most appropriate for adoption/adaptation as a theme to combat and conquer some of today’s perilous challenges such as COVID-19, natural disasters, conflict, racial prejudice, gender inequality, child abuse, and global warming.”

Sandiford is an audiophile committed to good sound and good video reproduction, so the results of the HOLA film should be worth a view. 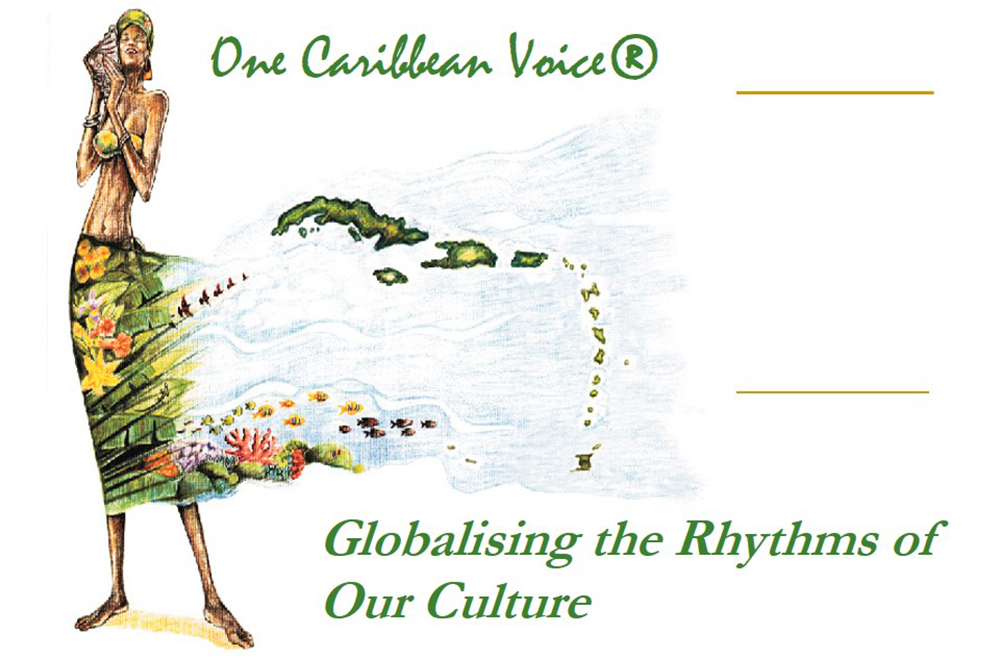 You can buy tickets to the streaming of the Heal Our Land concert at this link: www.eventbrite.ca/e/heal-our-land-the-concert-tickets-159362857597?aff=ebdssbonlinesearch