Perhaps the scariest thing that can happen to an audio enthusiast and journalist is sudden and near-complete hearing loss.

Ask me how I know.

In a year in which I had a tire blow out on me at 120mph (thank goodness for Michelin run-flats), had more emergency surgeries on my ass than I can count, and lost the ability to sit for any meaningful amount of time (long story), by far the most emotionally upsetting thing that happened to me in the last trip around the sun was when my left ear decided to take a long winter’s nap in the week between Christmas and New Year’s Day.

How I went half deaf

Since nothing about the story I’m about to relate is clinically proven, I’m going to lay out the full timeline of events and let you make your own assessment of the distinctions between correlation and causation.

On the evening of December 21, my wife came home and told me that COVID-19 was spreading through her workplace like wildfire. Honestly, neither of us was terribly concerned, since we’re both vaccinated.

Two days later, she developed a splitting headache, and on the same day I developed horrible rhinitis along with a horrific itch in my left ear that I simply couldn’t scratch. By Saturday night, we both felt like crap, but both had negative at-home antigen tests. Three each, in fact.

By Sunday, she had developed what seemed like the worst flu she’s ever experienced, and she sought medical care for that, having dismissed the ’Rona as a possible cause. After a seven-hour wait (in her car) to see a doctor at a clinic a few towns over, she had a positive PCR test for COVID-19.

While she was at the clinic, I started hearing what sounded like Rice Krispies snap-crackle-popping in my left ear, and almost immediately my entire world went lopsided. I could no longer hear above 250Hz or thereabouts on my left side. 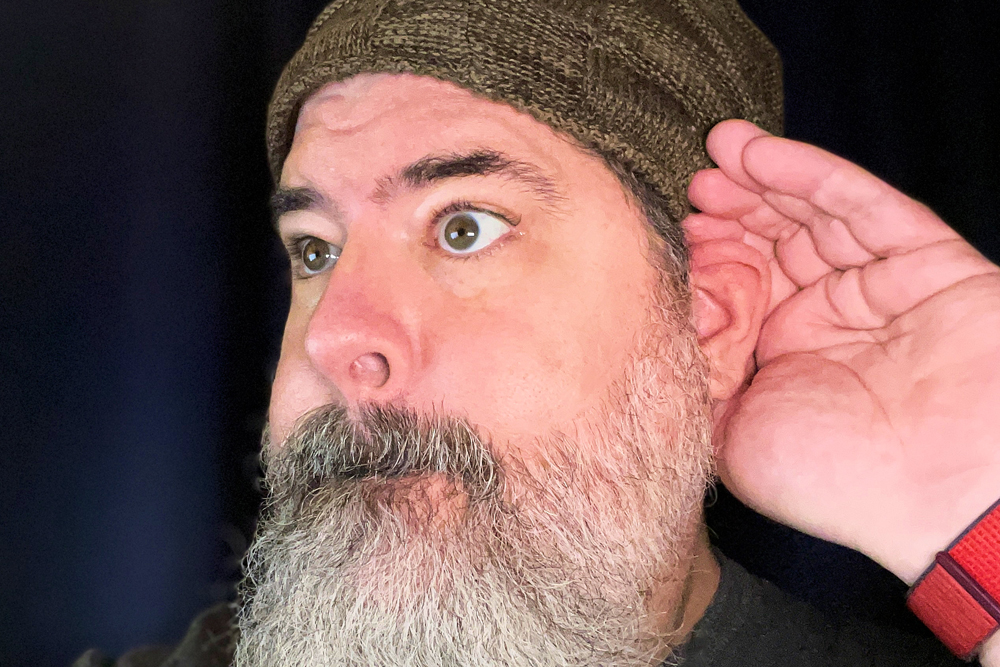 I phoned my primary care physician the next day, and I explained that I was in no condition to sit anywhere for any amount of time but almost certainly had the virus myself. I detailed my symptoms, and after a bit of research, she sent me a link to an NIH briefing about how COVID-19 can indeed infect the ear, as well as another website detailing anecdotal evidence that tracked with my condition, rare though it may be.

Her best advice? Use Flonase religiously and take a nasal decongestant, along with some exercises to try and open up my Eustachian tubes. Monoclonal antibody treatments had ceased in Alabama, since the existing ones proved nearly useless against Omicron, so that wasn’t an option.

So there I was, half deaf, exhausted, struggling to breathe properly, and miserable, worried that my career as an audio journalist might have come to the most unceremonious of ends. And when I’m feeling so poorly, just about the only thing that can lift my spirits is music.

And that’s where the Beatles come in

This next bit was almost pure happenstance because when I’m in such a serious funk, there are generally three songs I turn to at random to lift me out of it: George Michael’s “Freedom! ’90,” the Allman Brothers Band’s “Jessica,” and the Beatles’ “Here Comes the Sun.” Had I chosen either of the first two, this would be a story about how I went half deaf for a week or so and how much it freaked me out.

But I perched myself Jabba the Hutt–style in my two-channel listening room and pressed play on the Beatles track, and I honestly don’t think I even made it as far as the first “little darling” before giving up. I know I’m stating the obvious here, but it sounded wrong. Just wrong. This was not the song I love so much. The balance between lead vocals and harmonies was off. The bass was bloated. The guitars were askance. I quickly decided I’d be better off suffering in silence.

But when I mentioned this to an audiophile buddy of mine, he half-joked, “Maybe it’s time to finally give the Beatles mono mixes a fair shot. It won’t help with Abbey Road or Let It Be, and I know you’re not a huge fan of the first few albums, but beggars can’t be choosers at a time like this.” 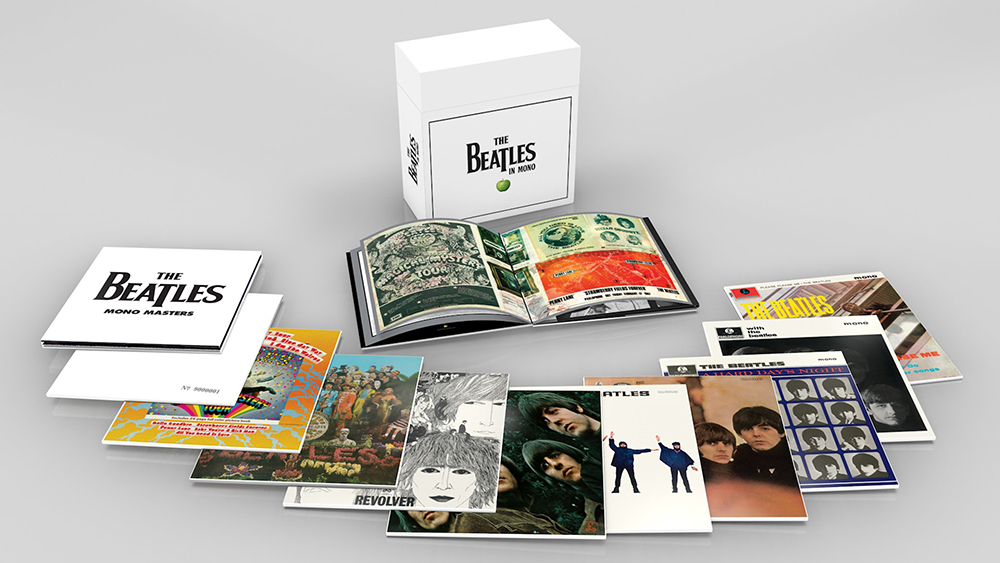 There’s a bit of personal history to unpack there. Like many audio journalists, I received a review copy of the CD boxset The Beatles in Mono when it was released in 2009. I gave everything from Help! on up a quick listen and then promptly forgot the discs. I don’t even know where they are at this point. Probably in the back of my climate-controlled storage facility halfway across town. But thankfully, I ripped them to my PC at the time, and I think they’ve been transferred from hard drive to hard drive more times than I’ve actually listened to them.

But I fired up JRiver Media Center, and there they were. Again, I went straight to Help!, the first Beatles record I truly appreciate almost from beginning to end. Maybe it’s because I was so acutely focused on my hearing, but the little mixing differences in “Help!” and “The Night Before” really leaped out at me. I won’t detail all those differences here, as they’re well-documented all over the web.

But by track 3, appreciation had turned to love. “You’ve Got to Hide Your Love Away” is a wholly different experience in mono, not because of any changes in instrumentation or alternate takes, but because the bright edge and out-of-proportion tambourine of the stereo hatchet job have always kept me from truly enjoying the recording as much as I dig the songwriting.

Much the same could be said about “I Need You,” a song I’ve usually skipped when listening in stereo. In mono, though, it’s less jangly and more rocking, less piercing and more tonally balanced. All in all, the mono mixes of Help! elevate the album in my estimation from an intriguing and informative precursor to their first truly great album into something I think I’ll actually regularly listen to once my hearing goes back to normal.

Rubber Soul, though—seriously, how did I miss the fact, upon first listening 12 and a half years ago, that everything about this album is better in mono, from the superior tonal balance to the better-integrated rhythm section to the longer fadeouts as compared with the stereo? The latter difference in particular changes the entire flow of the album for the better.

From Revolver through to The Beatles, I’ll admit it’s not such a stark contrast across the board—for me, at least—and there’s no definite better or worse in most cases, just a lot of intriguing little differences. But listening to the mono mixes has forced me to dive even deeper into the music. It has nudged me into active-listening mode and kept me there. Yes, there is the occasional song that is drastically improved by the lack of stereo mixing—“Good Morning Good Morning” from Sgt. Pepper’s comes to mind, as does “Revolution” from The Beatles, which is just heavy AF in mono—but by and large, this has been an exercise in climbing inside these beloved tunes from a different perspective, and having no choice but to reevaluate my relationship with them.

Great! Where can I find the mono mixes to listen for myself?

Here’s some bad news for those of you who want to take this journey for yourself but didn’t pick up The Beatles in Mono when it was released: for the most part, these albums are entirely missing from download stores and streaming, which is a damned shame. I do most of my music listening via Qobuz and Spotify these days, so I dipped into both to create my own playlist, mixing and matching my favorite mixes from Revolver on up. For whatever reason, the mono albums are largely missing in the online domain.

On Qobuz, at least, the fifth disc of the Super Deluxe Edition of Sgt. Pepper’s Lonely Hearts Club Band does have the mono mix (in high-res, at that), but other than that, it’s a hunt-and-peck search that results in no complete albums, which is just criminal. Every Beatles fan should listen to these mixes at least once, if only as an academic exercise. (Although at this point, I’m convinced that the stereo mixes for Rubber Soul should be wiped off the face of the earth, though do keep in mind that I’m currently experiencing the fervor of a recent convert. I might soften that stance in time.)

I’ve got to admit it’s getting better (an addendum)

All of the above was written on New Year’s Eve, just as my hearing was starting to return in my left ear in uneven fits and starts. Unfortunately, I didn’t think to test my hearing when things were at their worst, but here’s a pre-COVID test next to an audiogram from December 31, followed by another test on January 3 of this year.

By mid-January, I had regained a reasonable amount of hearing up to about 12kHz (which is higher than Mimi measures), and if I cupped my hand behind my left ear, I had pretty well-balanced full-range(ish) stereo hearing, just with a touch of slowly receding tinnitus on the left side. My doc seemed confident I would make it through this without any permanent hearing deficiencies, and would be back to reviewing stereo gear as soon as I was able. Indeed, some months later, my hearing has completely returned to normal.

Temporary though this hearing loss may have been, it made a permanent impression on me. For one thing, I can finally answer the age-old question of whether, if forced to pick, I would rather go blind or deaf. Poke my eyes out with a hot poker before taking my hearing from me, please. A life without Abbey Road isn’t a life I want to live for very long. As such, I’ll be babying my ears more than I do already. (That “already,” by the way, includes wearing my shooting-range earplugs in crowded restaurants, although it’s hard for me to imagine going to a crowded restaurant again anytime soon.) 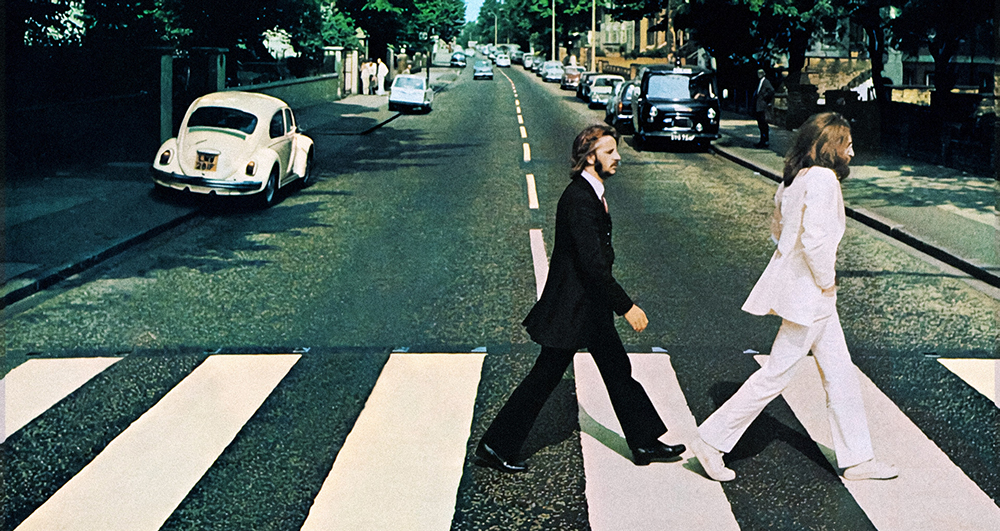 It also drove home for me the fact that, while this Omicron variant (which we almost certainly had based on symptoms and timing) may be less virulent, it’s still no joke. It’s certainly not the common cold or even the flu. My wife and I didn’t have a proper neutralizing antibody response, sure, but I can only imagine how much worse things would have been without the T-cell response provided by vaccination. She was very nearly hospitalized as is.

But the thing I think will stick with me the longest is my newfound appreciation for the Beatles in mono. Sure, this experiment began out of necessity, and I’m not a complete mono convert just yet. But I don’t think I’m ever going back to any of the sundry stereo mixes for Rubber Soul. And I think I’ll dip into the mono mixes of the rest from time to time, if only to nudge me out of my rut and force me to actively engage with these songs in a hyper-focused manner.

Honestly, it’s a little infuriating that everyone can’t do the same. The mono recordings need to be made available on Qobuz and Apple Music and all the rest as soon as possible. And hey, the 60th anniversary of the release of Please Please Me is only a year away. That would be the perfect time to do it, if not sooner.