I’d love to tell you that we audio journalists are immune to buzz, that we’re dispassionate evaluators who pay no heed to the excitations of the enthusiast community. But the truth is, we’re enthusiasts, too. So, as Vincent Audio’s star has continued to rise over the past few years, I’ve grown increasingly intrigued by the brand and eager to put my front paws on one of its hybrid integrated amplifiers. Today is that day. The Vincent Audio SV-500 is now sitting in my two-channel audio system betwixt a pair of Paradigm Studio 100 v5 towers, warming up and getting ready to be fully reviewed on SoundStage! Access very soon. 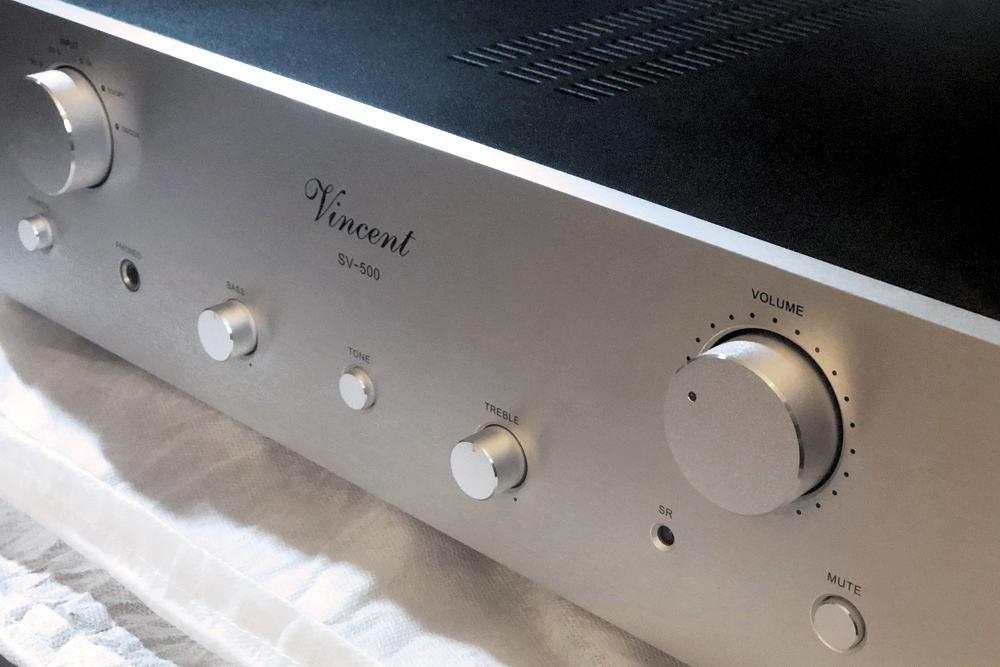 Vincent Audio doesn’t give many details beyond that, so I’m unsure of the topology of the solid-state amp stage, but I’ll dig deeper before writing my review. In the meantime, let’s dig into the unboxing. 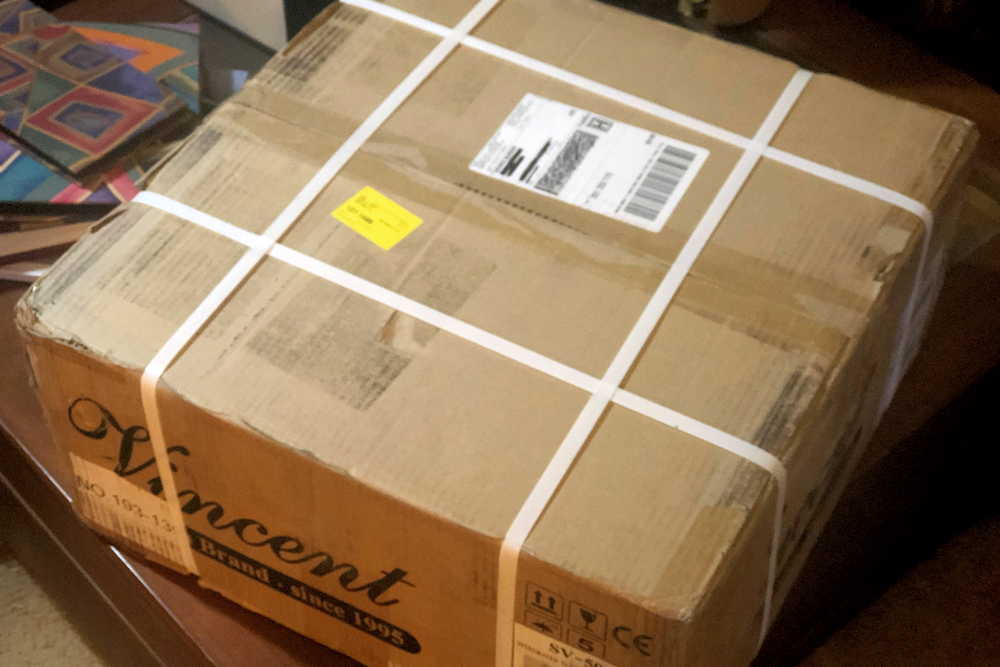 For such a relatively affordable piece of kit, the SV-500 is well-packaged, with a sturdy shipping container, beefy straps, and oodles of padding. One nice touch is the use of closed-cell foam instead of expanded polystyrene, which results not only in better shock absorption but also less mess and an easier unboxing process. The padding is molded and cut into four pieces—top and bottom, front and back—and the SV-500 is wrapped in a thin cloth bag for extra protection. 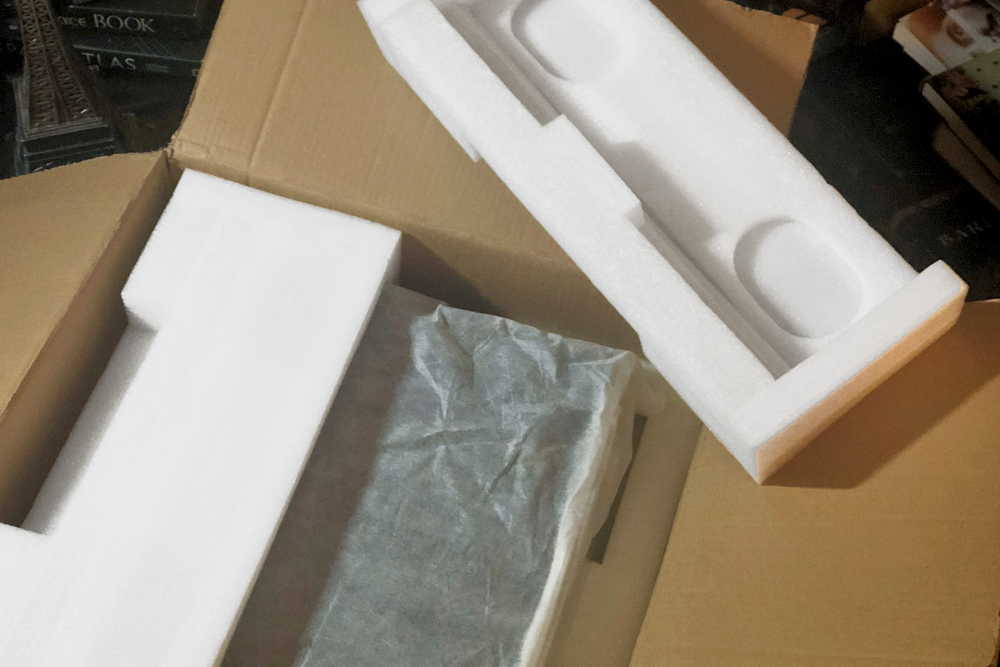 When I pulled the SV-500 out of its cloth wrapper, my initial impressions were very good. Much better than expected based on photos (and, I may as well admit it, the fact that the unit is manufactured in China). The façade is simple but elegant, with a clean design accentuated by just the right amount of flourish—the beveling of edges, the clean type, the symmetrical layout of the controls. It’s a bit odd to see a modern integrated amp without some form of display, but the SV-500 doesn’t need one. Its rotary dial provides direct access to all six inputs, and there’s a Tone bypass button between the Bass and Treble controls. Add a Mute button, a Volume control, and a Power switch, along with a quarter-inch headphone jack, and you’ve got pretty much everything you need. 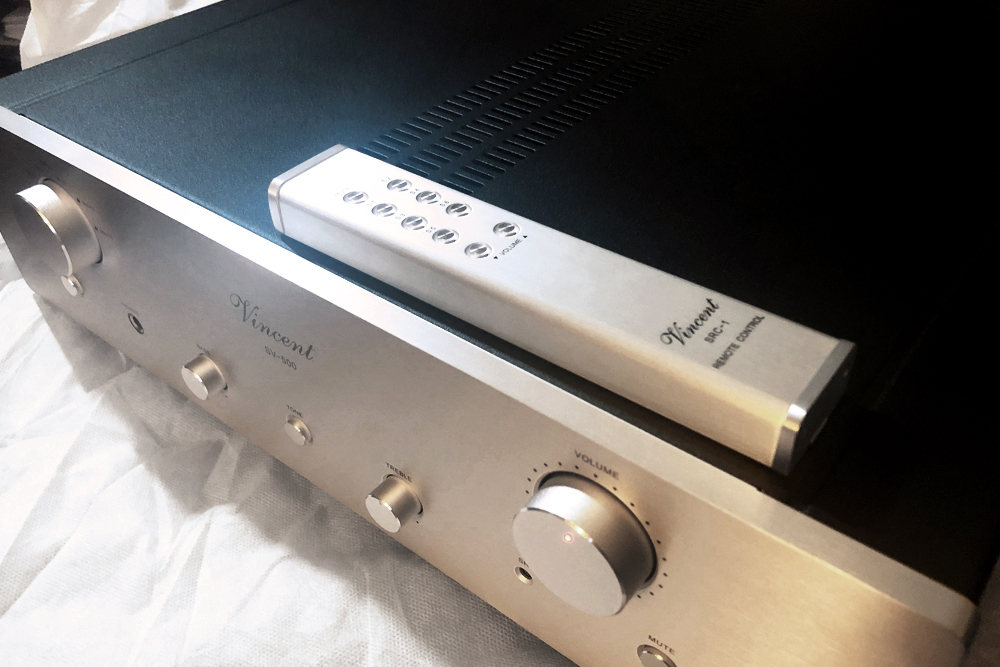 The all-metal remote control mirrors that simplicity: six input buttons, a mute, and volume up/down. That’s it. No balance controls, no menu button, no other complications.

Flip the unit around and take a peek at the backside, and that commitment to minimalism continues. The SV-500 sports four line-level stereo analog inputs (all RCA, none of them attached to a phono stage of any sort) and two digital ins (one coax, one optical). The only other connections are a stereo record out (also RCA), stereo line-level preamp outputs (handy if you want to add your own amps down the road or connect a subwoofer that lacks speaker-level connections), two 12V trigger outs, and of course two sets of speaker-level connections. 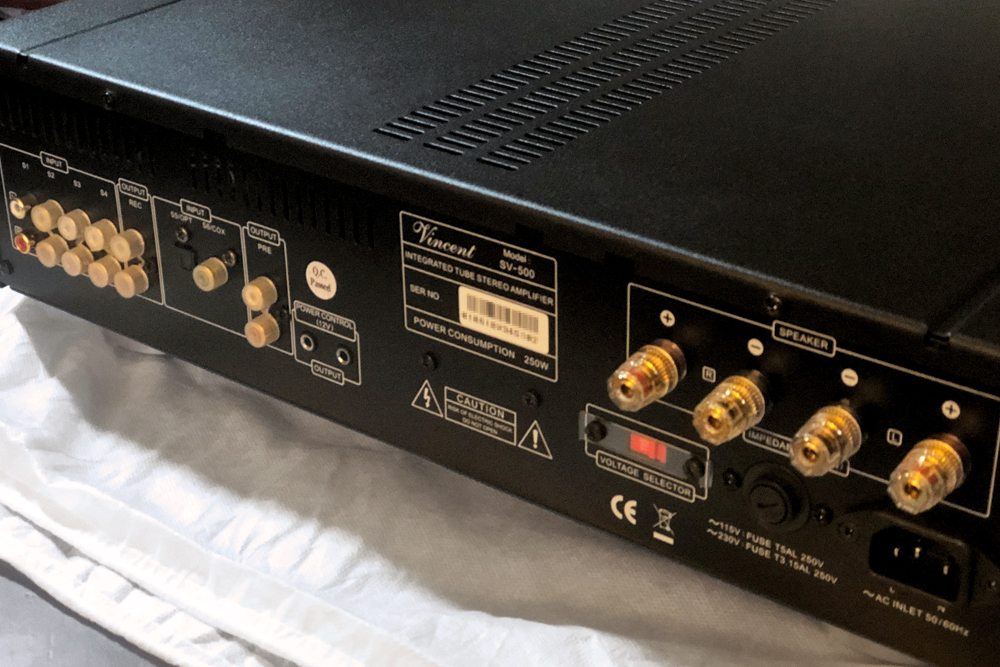 So far, my only real niggle with the Vincent Audio SV-500 is that the case completely obscures its tubes. That orange glow is half the appeal of tubes for me, and it’s only possible to barely catch a glimpse of the preamp valves by peering into the vents atop the unit and looking toward the right side of the chassis. But that’s a minor beef. Otherwise, I’m very much digging the overall vibe that Vincent Audio is putting out. Now to figure out if the audio quality lives up to the hype. But the answer to that, as usual, will have to wait for my full review, coming soon on SoundStage! Access.