Recently, John McGurk of AudioShield, distributor of EMM Labs and its lower-priced co-brand, Meitner Audio, told me that Meitner had released the new MA3 integrated digital-to-analog converter (DAC) with internal music streamer ($9500, all prices USD). The MA3’s introduction interested me—not because there’s a shortage of combo DAC-streamers out there, but because EMM Labs or Meitner Audio introducing an integrated (i.e., multifunction) component is a rare event. 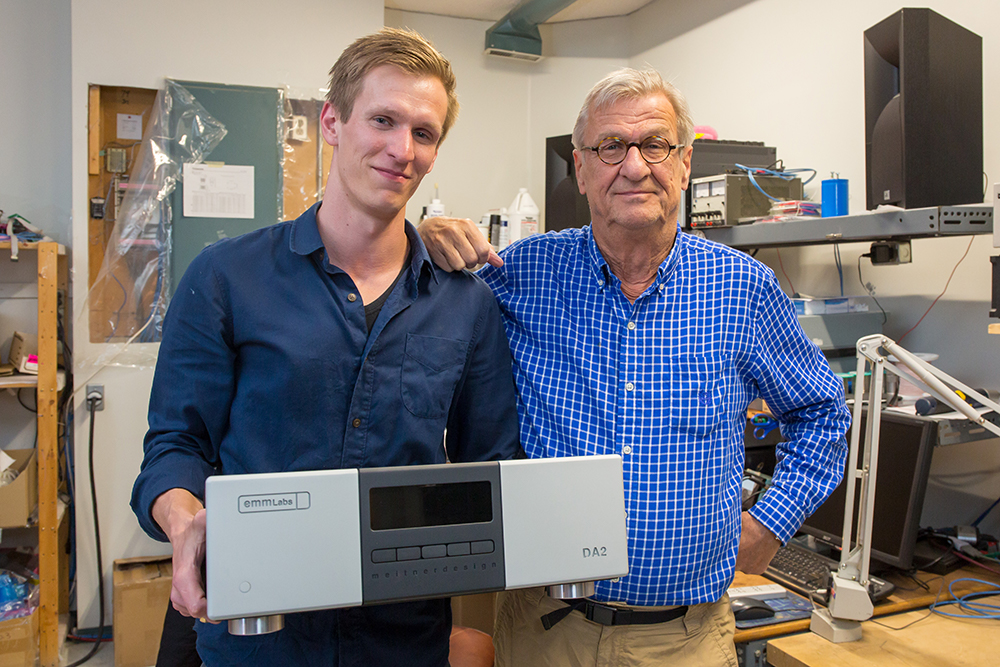 Sensing that something was afoot in Calgary, Alberta, Canada, where EMM Labs and Meitner Audio are located, I called Amadeus Meitner, who works for both brands and is the son of their founder, Ed Meitner. Many consider Ed Meitner to be a leader in digital-audio converters. He began working with them in the 1970s, and he went on to design many highly regarded, sometimes groundbreaking products in the decades that followed. So I was curious to hear about the new MA3 and other subjects Amadeus was willing to discuss.

Last night a DJ saved my life with a song

My call with Amadeus began with an exchange of pleasantries and a discussion of how we’ve been making out during the pandemic. But I soon peppered him with audio-related questions, the initial ones focusing on where he saw the high-end audiophile market going and how EMM Labs’ and Meitner Audio’s products were evolving to meet market demands. Of course, I figured that the MA3 would play a significant role in his answers.

Amadeus told me that as audiophiles stay home during the pandemic, they’re spending more on audio gear, and EMM Labs is having one of its best years ever. He noted, however, that the company’s biggest challenges are staying relevant and attracting new customers, especially younger ones. According to him, younger customers are primarily interested in small-footprint, scaled-down products that are less expensive than EMM Labs’ flagship ones. Typically, before purchasing a high-end audiophile product, those customers might be living in a small urban apartment and using either headphones or a wireless speaker such as something from Sonos. 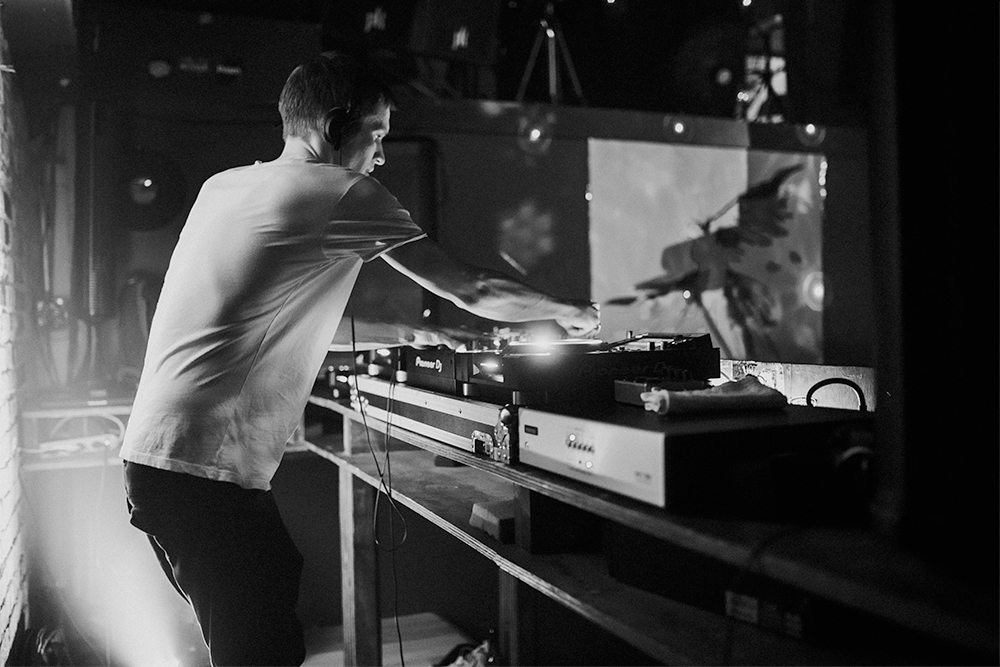 Amadeus said that one thing Meitner Audio is doing to attract younger customers is entering into collaborations with international DJs, whom he sees as the rock stars of his generation. In fact, he was DJing for over a decade before he started working at EMM Labs, and he even held a residency at a Calgary nightclub before the pandemic.

These DJ collaborations generally involve Meitner Audio’s MA-1 V2 DAC ($8200, all prices in USD), and they’ve included the British house and techno record producer DJ Carl Cox, who now lives in Australia; Canadian DJ and venue owner Tommy Cardeli; Keinemusik, a collective of DJs and producers from Germany with a chart-topping discography; and Eelke Kleijn, a producer, DJ, and label owner (Days Like Nights) from the Netherlands. Amadeus told me that his favorite experience was installing MA-1 V2s for 22 sold-out events over the course of four days during the annual Amsterdam Dance Event in collaboration with one of Amsterdam’s most respected event producers, Audio Obscura. This exposure has allowed him to meet some of his electronic-music idols while promoting Meitner products. Amadeus met Cox when he was invited to bring an MA-1 V2 DAC sample to Denver, Colorado, for Cox's Warehouse Experience event, held by Whirling Dervish Productions. Cox was so impressed with the converter's sound that he installed one in his studio.

Amadeus also installed an MA-1 V2 at Stereo Montreal, a Canadian after-hours club that contains what many DJs consider one of the world’s best dance floors. The install was part of a custom sound system for the venue that was added by Cardeli, who subsequently proclaimed that “every Pioneer digital mixer should come with a Meitner converter.”

The MA3 DAC’s progenitor is Meitner Audio’s original MA-1 DAC ($7000 when available), which had a production run of almost ten years and, as noted above, is now in version two. The MA3’s internal network streamer is derived from EMM Labs’ NS1 streamer ($4500), and its volume attenuator and display are inspired by EMM’s DV2 DAC ($30,000). The MA3’s DAC and analog sections are based on technology that has trickled down from the flagship EMM Labs DV2 and DA2 V2 DACs ($30,000). 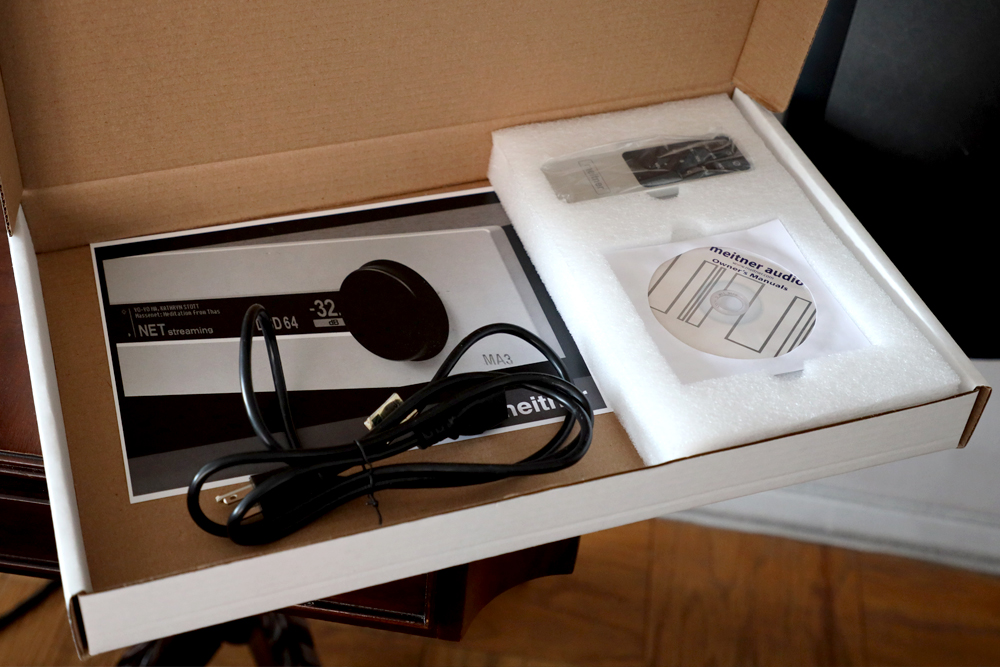 The MA3 accepts signals up to 24-bit/192kHz PCM and DSD64 over all inputs, and up to DXD (352.2 and 384kHz PCM) and DSD128 over USB. The MA3 will perform the full unfolding of Master Quality Authenticated (MQA) files over its USB and network inputs. The single-bit DACs are proprietary and fully discrete, which means that their design is not based on off-the-shelf integrated converter chips. Rather, they consist of circuitry Ed Meitner designed and refined over decades. Also located under the MA3’s hood are EMM Labs’ low-jitter MCLK2 word clock and MFAST high-speed asynchronous jitter removal circuitry, both proprietary. The MA3’s MDAT2 DSP performs real-time transient detection and processes all incoming signals into a form that the DACs can read. It also upconverts those signals to 16x DSD.

The company claims that VControl, the name of the MA3’s purely digital volume control, will adjust the volume level with no loss in resolution and without deleterious digital artifacts. This volume attenuator allows the DAC to connect directly to a power amplifier. With the further addition of loudspeakers, the MA3 is ready to rock. You can operate it with its included remote control or Meitner Audio’s mConnect network control app for Android and iOS devices. 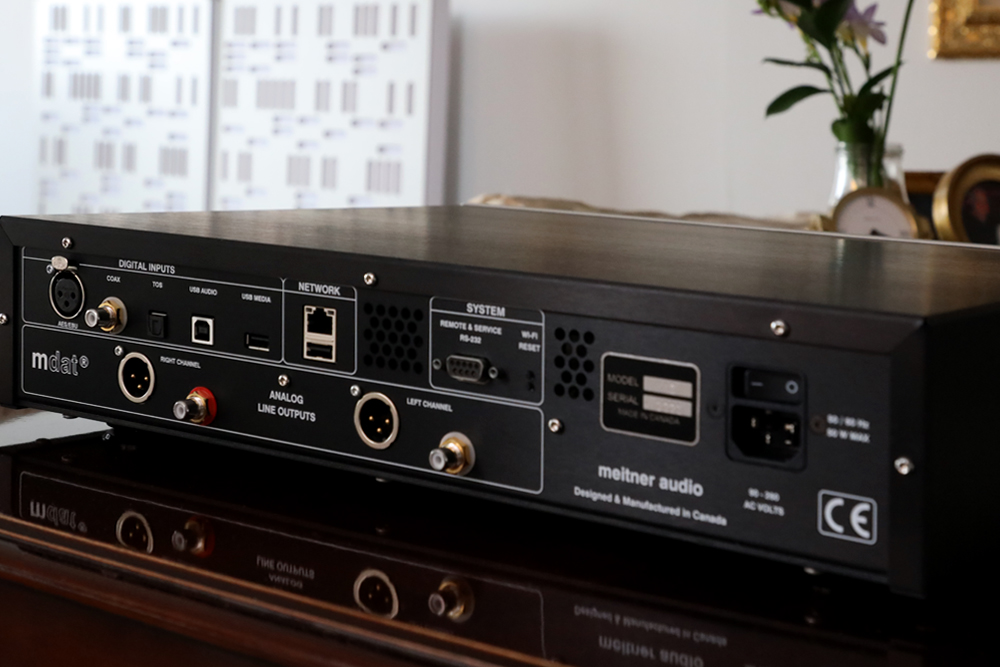 The MA3’s front chassis panel contains its display, an infrared remote control signal receiver, and a large knob for volume control. Its rear chassis panel has six digital signal inputs: AES/EBU (XLR), S/PDIF coaxial (RCA), S/PDIF optical (TosLink), one USB (Type B) for direct connection to a computer-type digital source and another USB (Type A) for connecting to and playing from a USB storage device, and Ethernet (RJ45) for network-connection playback. The USB interfaces contain EMM Labs’ proprietary galvanic isolation circuitry. Analog outputs are one pair each of single-ended (RCA) and balanced (XLR) connectors. The rear panel also contains an on/off switch as well as IEC and RS-232 connectors, the latter for remote wired operation and firmware upgrades. 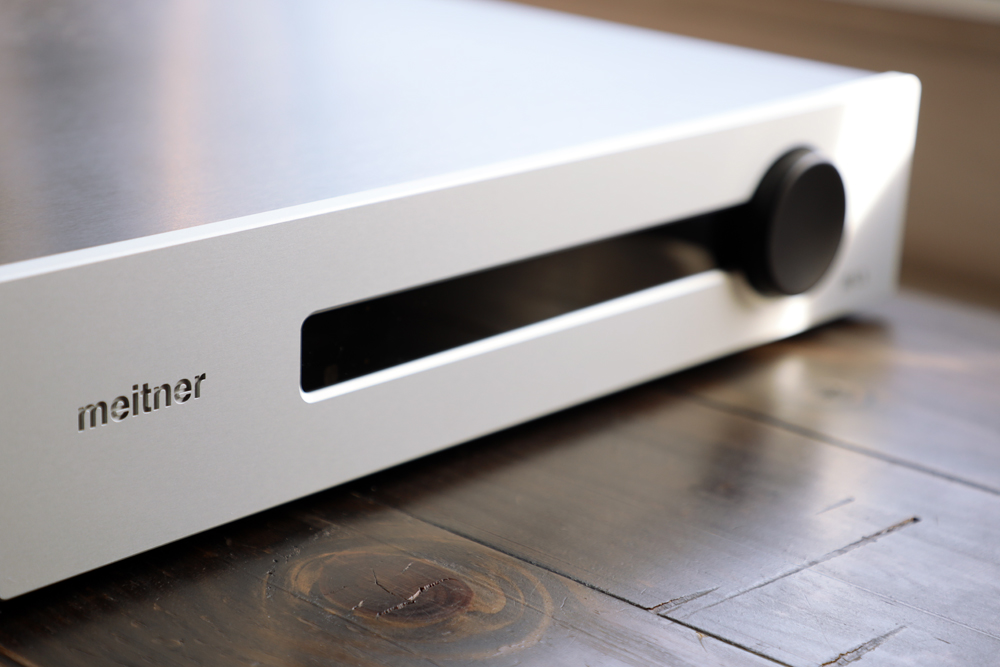 As with all other EMM Labs and Meitner Audio products, Amadeus told me that the MA3 was designed with longevity in mind. Its modular, updatable design allows it to benefit from performance enhancements and new features as they emerge. As Amadeus explained, EMM Labs and Meitner products “live a long time before we consider them to be closed boxes.” 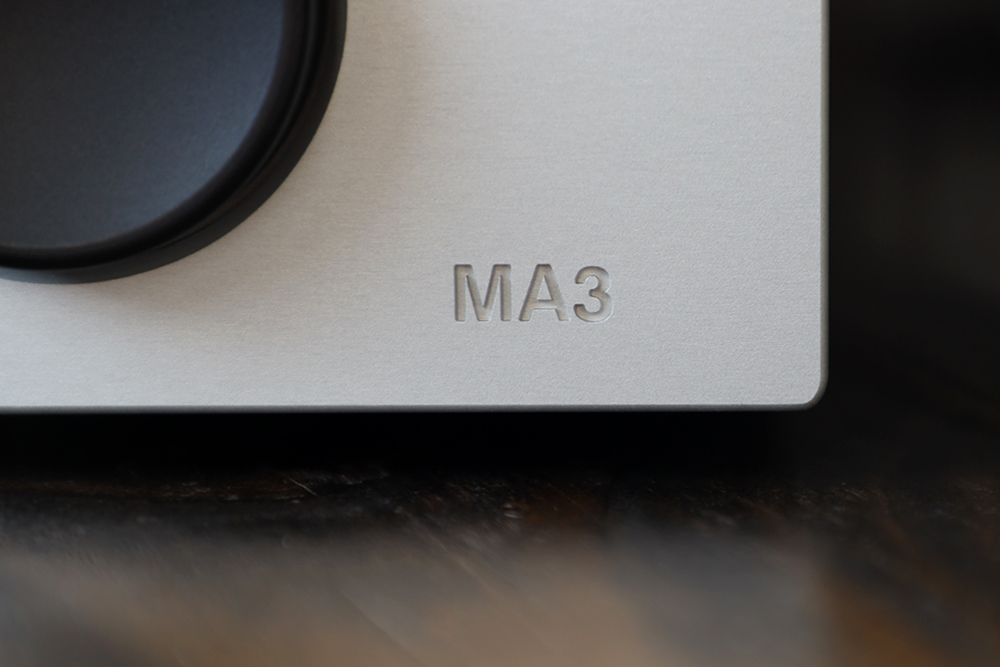 Meitner Audio’s MA3 holds great promise. I love the fact that it uses many of the proprietary technologies that Ed Meitner and his team developed over Ed’s 40-plus years of working with digital audio products. I also can’t argue with its small footprint and the fact that it’s mostly made with parts that the company manufactures in-house. The fact that international DJs like Carl Cox and Tommy Cardeli use the MA3 is just plain cool. But mostly, I look forward to hearing one in action.