Parasound Presents via Zoom at the Audiophile Society

On August 21, 2020, Richard Schram, the founder, president, and CEO of Parasound, gave a Zoom presentation to over 50 members of the New York-based Audiophile Society.

After some introductory remarks by Audiophile Society co-head Mark Block, Schram announced that he wouldn’t be pitching any products during the presentation. Instead, he would discuss his background and Parasound, which he characterized as his life’s work.

Schram told the meeting’s attendees that at an early age he attended a piano preparatory program at Northwestern University, located in Evanston, Illinois. On a very hot day in 1957, when he was all of 11 years old, he stopped by one of Allied Radio’s audio stores, which was air-conditioned and located only a few blocks from the school. In the store’s rear listening room, Schram discovered that Stan Kenton’s “Intermission Riff” was playing in stereo on an Ampex 601-2 two-track, 7.5ips reel-to-reel tape deck. Hooked on audiophile sound, Schram was soon reading every stereo magazine he could lay his hands on and eagerly building kit components.

In 1966, when Schram was 20 years old and attending the University of California, Berkeley, he stopped by another local audio shop, this one near that school’s campus, called Pacific Electronics (later renamed Pacific Stereo). He talked his way into a $1.75/hour inventory-stocker position, eventually graduating to phono-cartridge installer and then assembler of Pacific’s Quadraflex house-brand speakers. 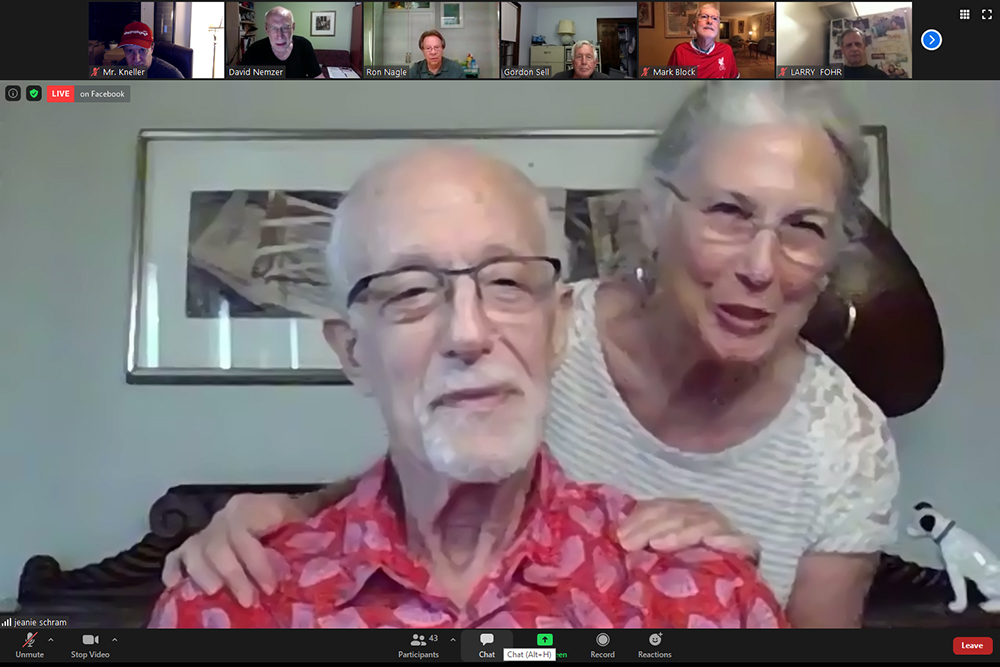 Richard Schram and his wife, Jeanie

All while still in his 20s, Schram later became a Pacific salesperson, followed by a store manager, and then a manager at the company’s main office. Among his other duties in the latter role, he oversaw the development and manufacture of the company’s house-brand components and speakers, which entailed a fast learning curve and travel to Japan.

Schram nostalgically mentioned one of the Pacific house-brand components that he was responsible for, the 1978 Concept 16.5 stereo receiver, which he stated is a beast of a product that to this day has a cult following. Schram invited the meeting’s attendees to search the Internet for a photo of the receiver’s interior, which he stated would illustrate how it influenced Parasound’s approach to component design and construction.

In late 1980, Schram left Pacific and began consulting for companies such as JBL, Yamaha, Proton, and Jensen, with each position also requiring frequent travel to Japan. However, in 1981, Schram decided that he wanted to start a company that would sell audio gear that could outperform much of what he had seen in Japan at more reasonable prices. He then launched Parasound, whose first product was the EQf210 ten-band, stereo equalizer.

Though Schram initially looked to sell Parasound’s products through high-end retailers, he didn’t find much luck, as the retailers were mostly interested in selling gear with large price tags. But after a few years a recession struck, and the retailers discovered that super-expensive products wouldn’t sell. Parasound, with its moderately priced but high-performing components, found itself moving product. Soon favorable reviews came in, followed by even more sales growth. To sustain this growth, Schram began fleshing out Parasound’s product lines.

Small OEM manufacturers in Japan initially produced Parasound’s products. But it wasn’t long before currency exchange rates made it difficult for many audio companies to maintain production there. Schram soon found a group of Taiwanese manufacturers, each owned by an audio enthusiast. He was so impressed with them that, beginning in 1982, Parasound moved most of its production to them. Schram said that approximately 40 years later, Parasound’s highly successful factory relationships are based on hard work, mutual trust, and reciprocal benefit. 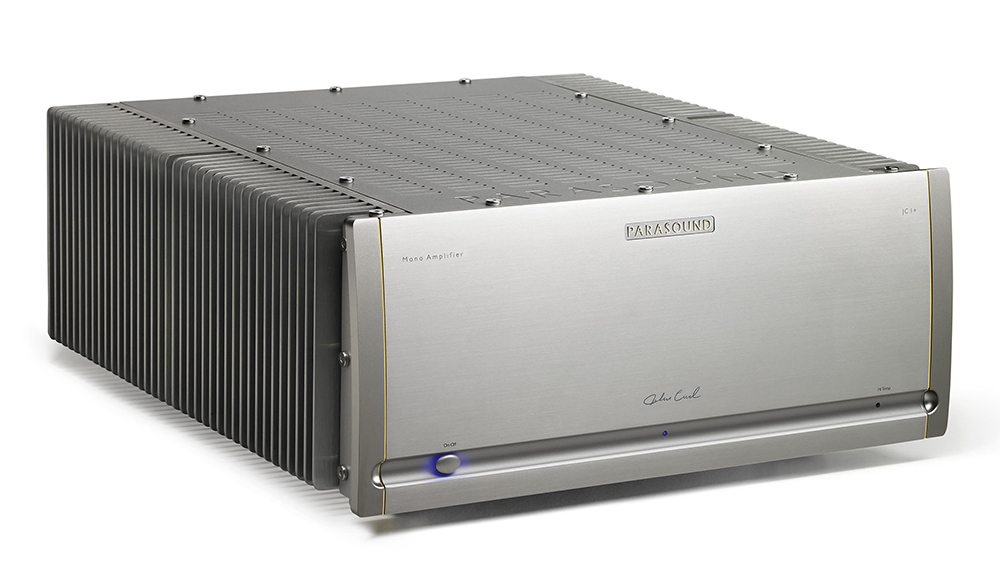 Schram added that in 1984 and 1985, he briefly tried building several Parasound component models in Southern China. However, he found the experience to be “unsatisfying” in that he felt like a tiny minnow in a large ocean.

In 1988 Schram met legendary audio designer John Curl on an airport bus in Tokyo. At the time, Curl was working on Harman/Kardon Citation amplifiers with legendary audio designer Matti Otala. Subsequently, Curl felt that he could help Parasound create a line of no-compromise reference components. Curl is now 78 years old, and Schram speaks to him three or four times each week. During each conversation, Schram said, he learns something new about audio design.

Today, Parasound sells its products in over 50 countries. Schram said that the company’s goal is the same as it was in 1981 -- to deliver to customers the highest-performing, most reliable products possible at reasonable prices. Over the years, he has concluded that this aim is best accomplished with products such as amps and preamps, whose technologies are relatively stable and whose product life-cycles are often very long. Products such as network-based servers and home-theater surround processors, too often suffer operational failures, quickly become outdated, and require an inordinate amount of manufacturer resources to properly service and support. He said that not one of Parasound’s John Curl-designed Halo JC 1+ mono amps has failed in the field despite having a presence in 12 countries beginning approximately nine months ago. 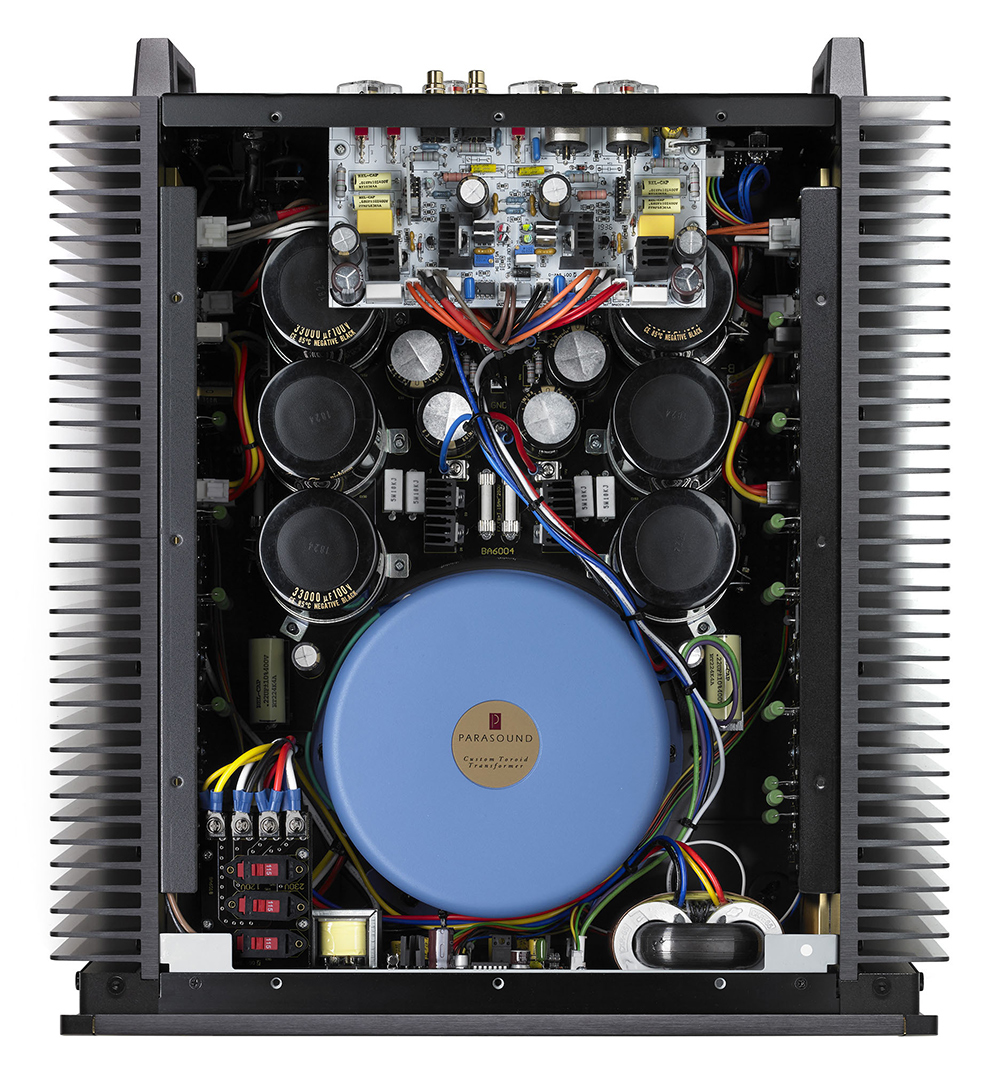 Inside the Parasound Halo JC 1+

The floor then opened up for questions. One Audiophile Society member asked how Parasound was faring during the global pandemic. Schram said that the company is having its best year ever and is having trouble meeting customer orders, as everyone seems to be staying home and buying audio gear. The record sales are happening despite the fact that the company doesn’t advertise and depends on word of mouth for publicity. Part of the difficulty in keeping up with the influx of orders, Schram pointed out, arises from elongated times for the delivery of key component parts.

Schram also noted that due to the pandemic, there are fewer flights between North America and Asia. As a result, international shipping costs are three to four times what they were last year.

Another society member asked why Parasound doesn’t sell tube amplifiers, while another asked the same for class-D ones. Schram’s response to both of these questions was essentially the same, stating that both technologies can be very satisfying. However, he wasn’t convinced that Parasound could design tube or class-D products that are better than those offered by the existing industry leaders. He added that, having the benefit of Curl’s design expertise, he is very satisfied with Parasound’s class-AB amplifiers, which require neither tubes, with their limited life spans, nor the patience needed for tube rolling.

Yet another society member asked how Parasound voices its products. Schram replied that he doesn’t believe in voicing, which he stated may be nothing more than “convincing yourself of the existence of something that in fact does not exist.” Instead, Parasound follows Curl’s designs and, based on decades of experience, generally knows how a new product will sound. Schram noted that, of course, Parasound listens to its products for performance anomalies. 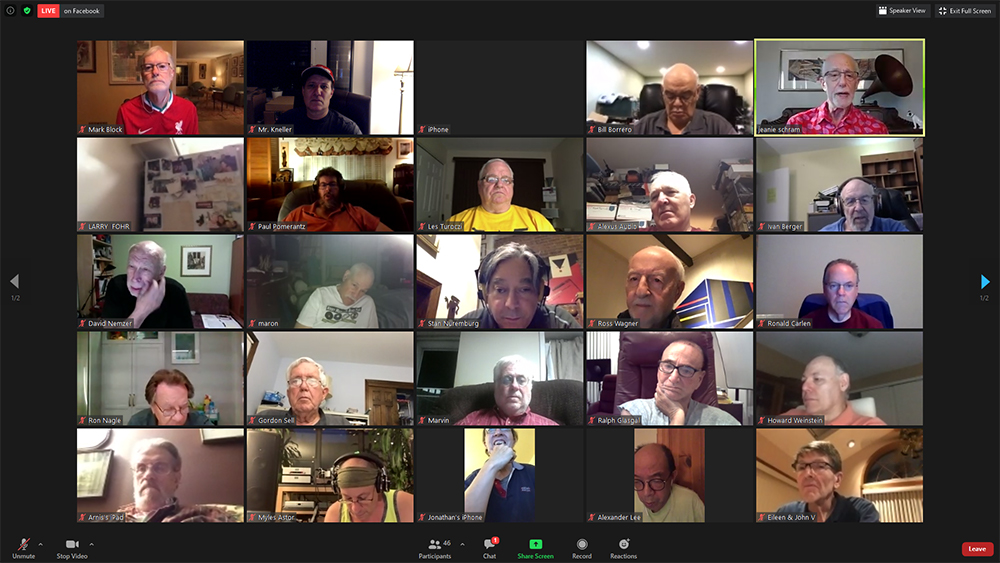 Other questions posed by society members addressed the effectiveness of isolation footers, break-in, and expensive audio cables, as well as the alleged sonic advantages of vinyl records. On these topics, Schram said he’s skeptical about footers but cannot rule out that some customers might deem them effective. He also suggested that some expensive interconnects and AC line conditioners can be appealing to audiophiles who are inclined to expect that something works because it costs a lot of money. Finally, Schram said he believes that the work required to properly set up a turntable and break in a component also produces psychological expectations of benefit.

Undoubtedly, the Audiophile Society’s members appreciated that Schram was able to share his time with them. I’m sure that at the meeting’s conclusion, more than a few members were anticipating the day when they could again audition Parasound’s products. When things normalize, I’ll see if I can visit the company’s California listening room and issue a report here on SoundStage! Global.