On July 30, 2020, speaker manufacturer Alta Audio held a brand and product relaunch event for retail dealers and the press. The event was a precursor to a similar event for customers, and it introduced several new and updated products scheduled for release this month. Attending the press event on behalf of the company was Michael Levy, the firm’s founder and chief executive officer, as well as Adam Sohmer, its public relations representative. Also present was Krell Industries’ chief operating officer, Walter Schofield, who spoke about his experiences with Alta’s speakers.

Alta maintains an office and listening room in Huntington, New York, and a design facility in Bridgeport, Connecticut, where its Alec and forthcoming Alyssa speakers were conceived. Among the things Alta is known for are its ribbon tweeters. As with those tweeters, third-party manufacturers make the dynamic drivers contained in the company’s speakers, and Levy says they do a better job of designing and manufacturing them than he ever could. While either RAAL or Fountek make the ribbons, depending on the model of speaker, several companies, including Morel, make the dynamic drivers. 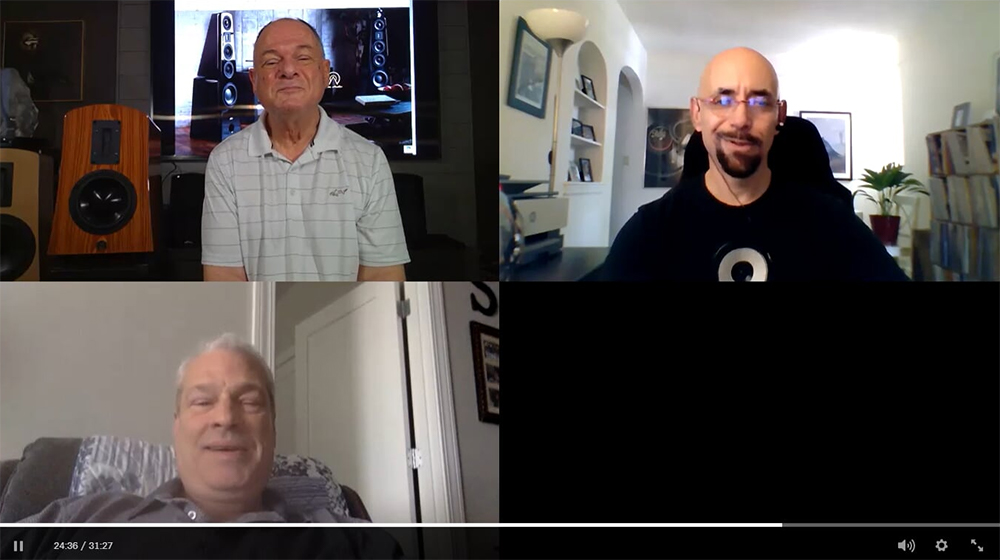 Levy kicked off the event by stating that every now and then, rather than resting on its laurels, Alta revamps everything about the company, including its product lines and website. He explained that the global pandemic seemed like a good time for a reboot.

Levy then spoke a bit about Alta’s history. He said that he first became interested in audio design at about age ten, and he was always most fascinated by speakers. After studying electrical engineering at NYU and joining the Audio Engineering Society, Levy officially began designing speakers in 1980 when he founded Pentagram Loudspeaker Company. While running that company, Levy was awarded several patents, including one relating to a downward-facing passive radiator. Also, Levy soon discovered that he preferred ribbon tweeters over all other types of high-frequency transducers.

In 2006, after veering off into the development of video and home-theater products for a number of years, Levy turned back to his true love, audio, and designed and manufactured a limited-run, full-range monitor speaker, which he called the FRM-1. Among other things, this speaker featured a ribbon tweeter and, according to Levy, a superb active, digital crossover that was developed with DEQX Pty Ltd. That company, based in Sydney, Australia, specializes in digital speaker correction and crossover design and manufacture.

Levy explained that a reviewer advised him that the FRM-1 was so good that he wanted to use it as his reference, but couldn’t because it wasn’t widely available in the marketplace and required several amplifiers to power it due to its active crossover. The reviewer suggested that he design and manufacture a new reference speaker that was passive and more widely available, which Levy agreed to do on the condition that he was able to recruit a team of trusted advisors to provide him feedback on the project. The team that Levy ultimately put together included reviewers, recording engineers, the founder of a prominent turntable manufacturer, and a symphony conductor.

Work soon began on the project. Among other things, Levy used the FRM-1’s active crossover to tune the new speaker’s passive crossover, and in the process, he surpassed the former’s performance. Levy remarked, though, that the project’s most significant result was what he called the “Alta sound,” which he described as being as close to live music as possible. According to Levy, live sound “creates a feeling that goes right through you no matter what the instrument.” What Alta’s speakers provide, he said, is a tenth-row center seat for music made in large symphonic halls and a first-row seat for music made in more intimate “small print” venues. 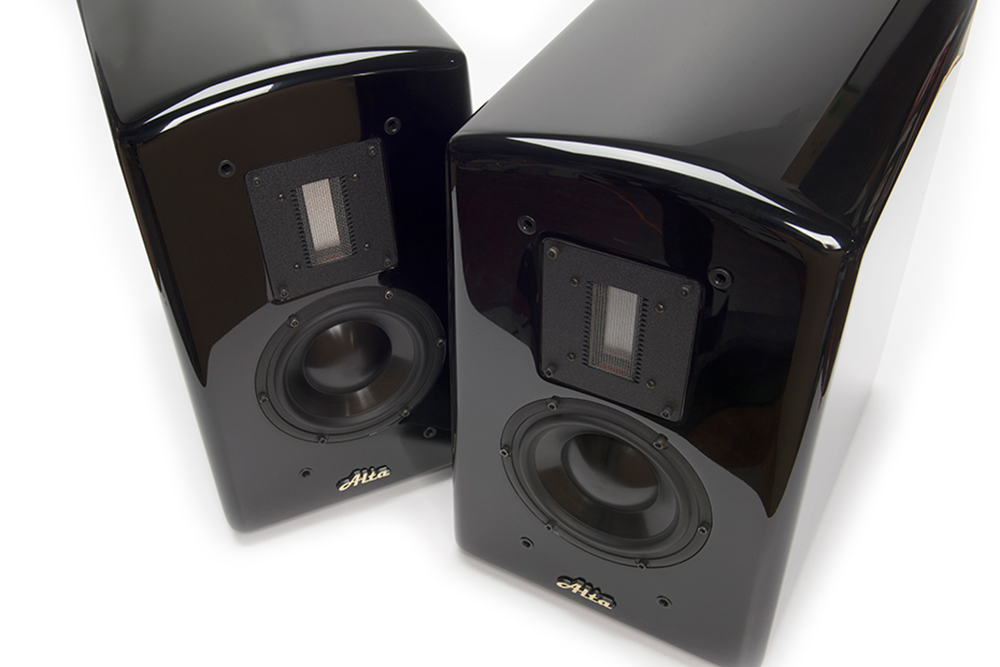 In 2013, Levy founded Alta and introduced his new speaker, which he called the Celesta FRM-2 ($13,000 when sold, all prices per pair in USD). Levy said that this speaker, which of course features a ribbon tweeter, became not only his own reference, but the reference for the advisory team members as well. Levy noted that while the FRM-2 has now been updated to the FRM-2M ($15,000 per pair), the Alta sound has been incorporated into every speaker that the company has offered.

Fast-forwarding to the present, Levy explained that the first new speaker to be introduced by Alta as part of the relaunch will be the floorstanding two-way Alec ($9000 in high-gloss black), which hits the market this month. Forthcoming in the fall will also be the all-new, diminutive, 14.5"H x 9.6"W x 14.25"D Alyssa ($5000 in high-gloss black). Also a two-way speaker, the Alyssa will, according to Levy, have not only incredible upper- and mid-frequency sound but also such deep, well-integrated bass that it will seem like there’s a good subwoofer hidden in the room. Finally, slated for arrival is a new three-way speaker, whose name is yet to be determined, that will feature a 10" “infra-sonic device,” which Levy promised will shake a room’s foundation. New monitor stands and a new company website are also coming. 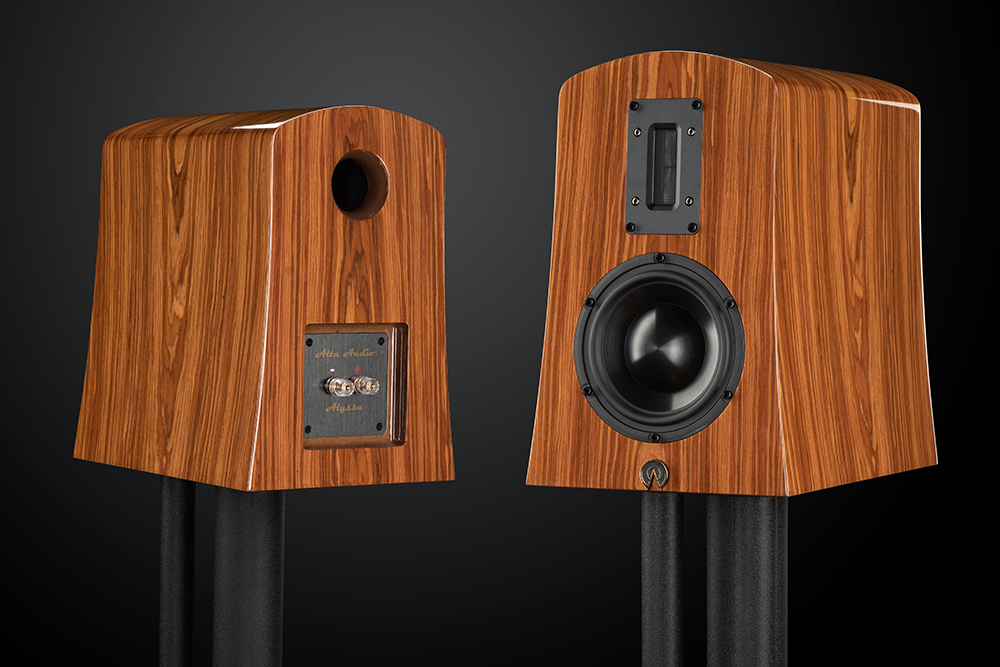 Levy then discussed several of the proprietary technologies featured in Alta’s speakers. First was the patent-pending XTL (Extended Transmission Line) hybrid tuned-port / transmission-line cabinet geometry, which Levy said addresses a problem that occurs with ported speakers. According to Levy, below the speaker’s resonance point, an impedance mismatch between the driver and the cabinet causes the driver to move uncontrollably without creating sound. Levy explained that XTL causes the speaker to shift at resonance from a tuned ported design to a transmission-line configuration, thus causing the cabinet to couple to, and precisely control, the woofer, allowing the speaker to better manage power.

The second proprietary technology that Levy discussed was Alta’s DampHard multi-layer, multi-density, anti-vibration cabinet lining material that’s found in Alta’s high-end speakers. According to Levy, cabinet vibrations adversely affect performance by, among other things, preventing the speakers from blending into the room. Traditional designs, he stated, place heavy dampening materials inside a speaker’s cabinet, and while that’s often effective in stopping vibrations, it can over-dampen the speaker and cause its lower frequencies to become muddy and distorted. DampHard, Levy asserted, extinguishes all vibration while allowing for minimal traditional cabinet padding, thus providing a black background to the music without any of the performance loss that can be associated with over dampening. 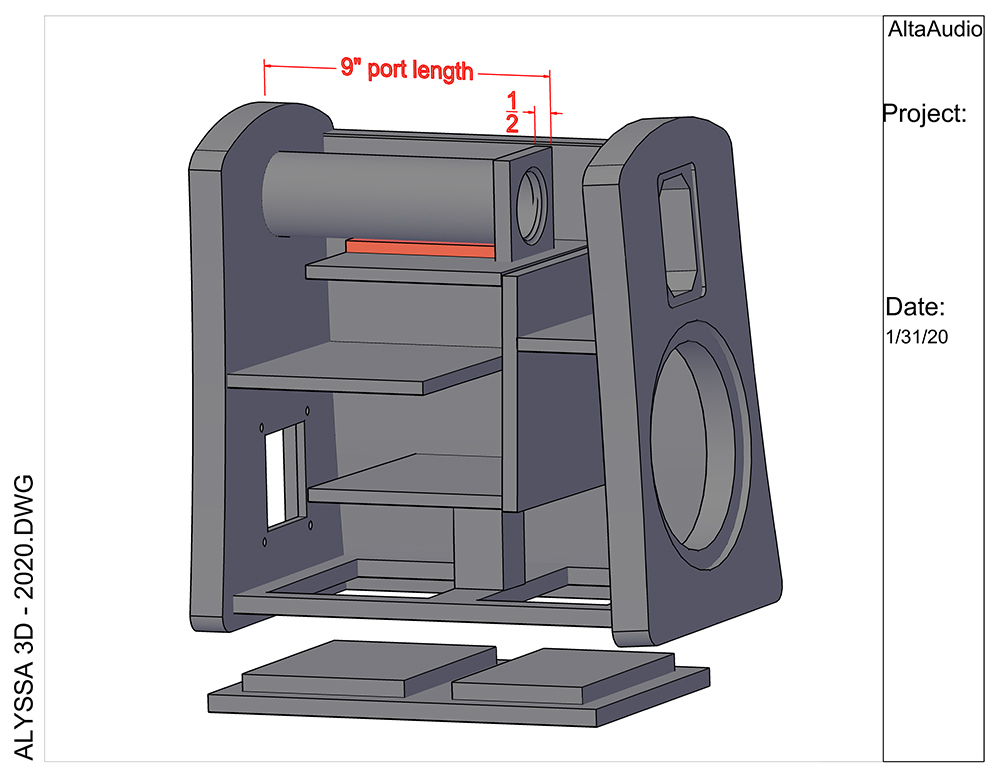 It was at that point that Schofield spoke, explaining that he and others at Krell became familiar with Alta when the two companies presented together at an audio show. Upon hearing Alta’s speakers, he was shocked to discover that they produced a sound that was as dynamic and close to live as any speaker he had heard in his 40 years in the audio industry. In particular, Schofield stated, he fell in love with the Altas’ clean high frequencies; their open, liquid sounding, and harmonically rich midrange; and their uncommonly deep and articulate bass. Schofield added that he replaced megabuck speakers with the Altas in his own listening room, which he characterized as providing a “highlight reel” of the dozens of speakers that he has owned over the years. As a result, Schofield said, Krell has since partnered with Alta at shows and other events while declining partnership offers from numerous “high profile” audiophile speaker manufacturers.

Audiophiles who are taken by the considerable charms of ribbon tweeters or who are just in the market for a new pair of stereo speakers may want to check out Alta Audio’s upcoming September relaunch event. When the pandemic eases, I’ll try to schedule a tour of the company’s design facility and/or listening room. While I’m unsure when that will be, I promise that when it does happen, I’ll issue a full report here on SoundStage! Global.