The times have changed. If not for the global pandemic, I would have been reporting recently from audio events that were scheduled to be held in Germany and Switzerland, not the least of which was Munich’s High End 2020 show. Of course, those events were cancelled, and SoundStage! Global, which covers worldwide audio happenings, has had to at least temporarily scramble to find content. So on June 26, 2020, I attended an Audiophile Society Zoom meeting during which members of Krell Industries gave a presentation. Truth be told, since I am a Society member, I would have attended the meeting and reported on it anyway.

Based in New York City, the Audiophile Society was started in approximately 1978. When I joined several years ago, David Nemzer, the Society’s co-head, told me that my annual dues of $50 would be returned many times over in food that was provided at meetings. That turned out to be true. However, don’t think that the Society’s members are like those of the Harley-Davidson club that my friend Dave joined a while back. Dave is very much into his Harley, including its technical aspects. So he was more than dismayed to find out that the club members weren’t all that interested in their bikes and instead mostly viewed them as a way to get from one restaurant buffet to the next. In contrast, many of the Audiophile Society’s members know a lot about audio, and some have hand-built, even machined, very impressive stereo systems. 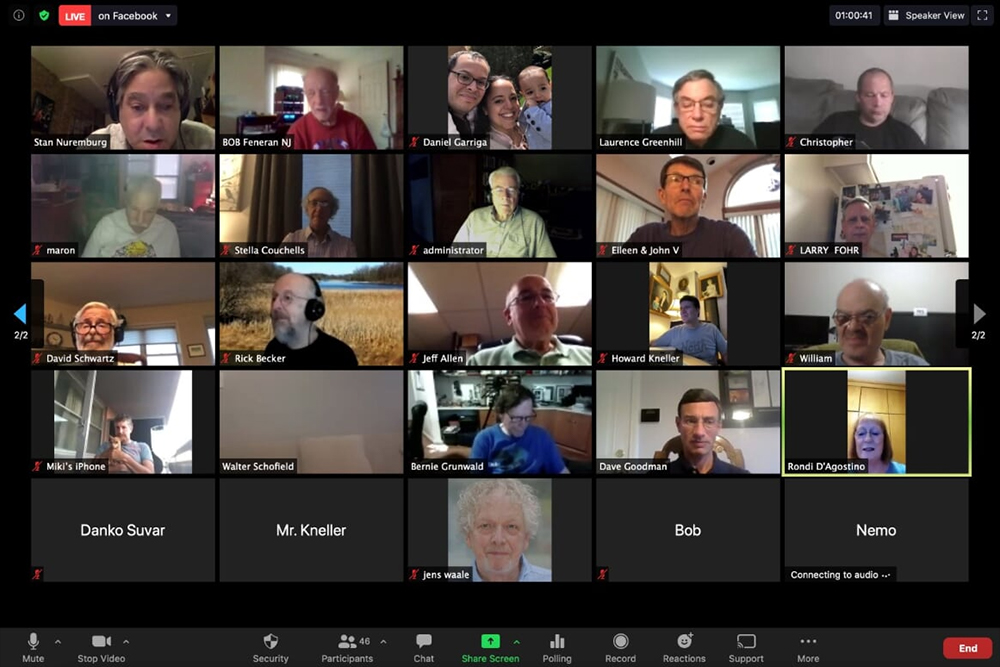 Attending the early-evening meeting were almost 50 members of the Audiophile Society, along with Krell representatives Rondi D’Agostino, president; Walter Schofield, chief operating officer; and Dave Goodman, director of product development. Other audio reps and designers present included Harry and Mat Weisfeld, the founder and president, respectively, of VPI Industries; Ambiophonics Institute founder Ralph Glasgal; Alexus Audio founder Alex Chorine; and independent audio designer Jens Waale, who has collaborated with Merrill Audio on several products. Attending with Mat Weisfeld was his three-year-old daughter, who, after about an hour, suddenly left the meeting to go to bed.

Based in Orange, Connecticut, Krell designs and manufactures stereo and home-theater amplifiers, preamplifiers, home-theater processors, and digital-to-analog converters. Schofield and Goodman took the lead with respect to Krell’s meeting presentation. Almost immediately, manufacturers and audiophiles began peppering them with questions and comments. What could have been an unruly and unorganized meeting instead turned out to be fun and informative. Schofield and Goodman conveyed all of the things going on at Krell, and spirited debates occurred on a wide range of often quite technical audio topics. 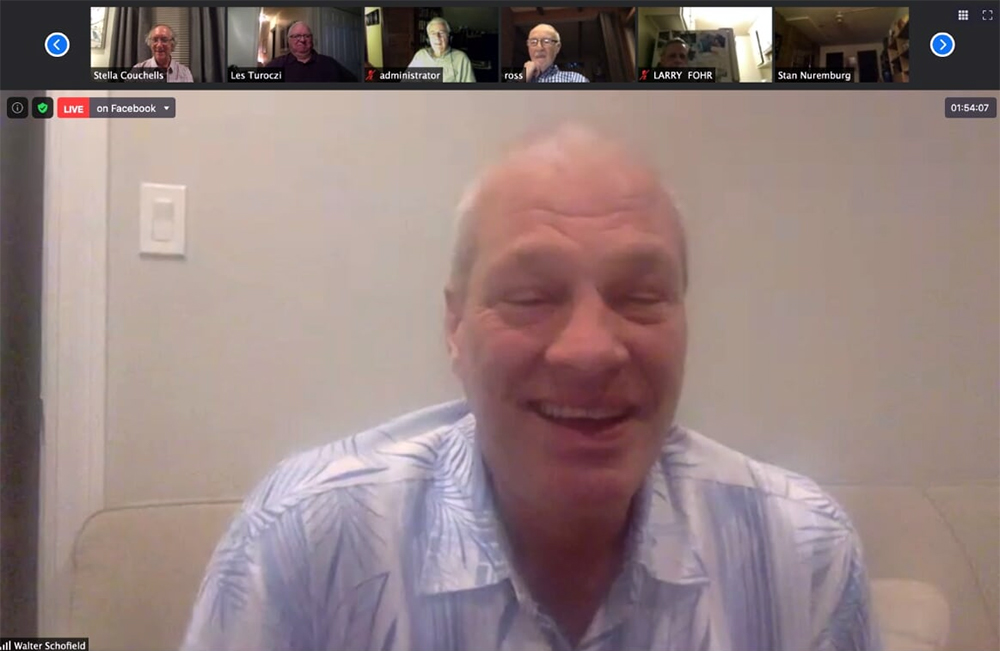 Schofield stated that during the pandemic lockdown, Krell received more orders than at any time since 2012. However, while the company’s factory and office were closed, he took some of the downtime to revamp Krell’s business plan, which addresses all aspects of the company’s activities, including its product lines and manufacturing and marketing activities.

Speaking of product lines, Schofield announced that Krell will soon introduce several new reference amplifiers: the 400Wpc stereo KSA-i400 and the 800W monoblock KMA-i800. According to Schofield, these new amps, which are targeted to be launched before the end of this year, will weigh upwards of 200 pounds per box and feature Krell’s most advanced technologies, including iBias and XD, the latter of which, according to the company, stands for “Xtended Dynamics,” “Xtended Dimensionality,” and “Xtended Detail,” and proprietary parts such as transformers. 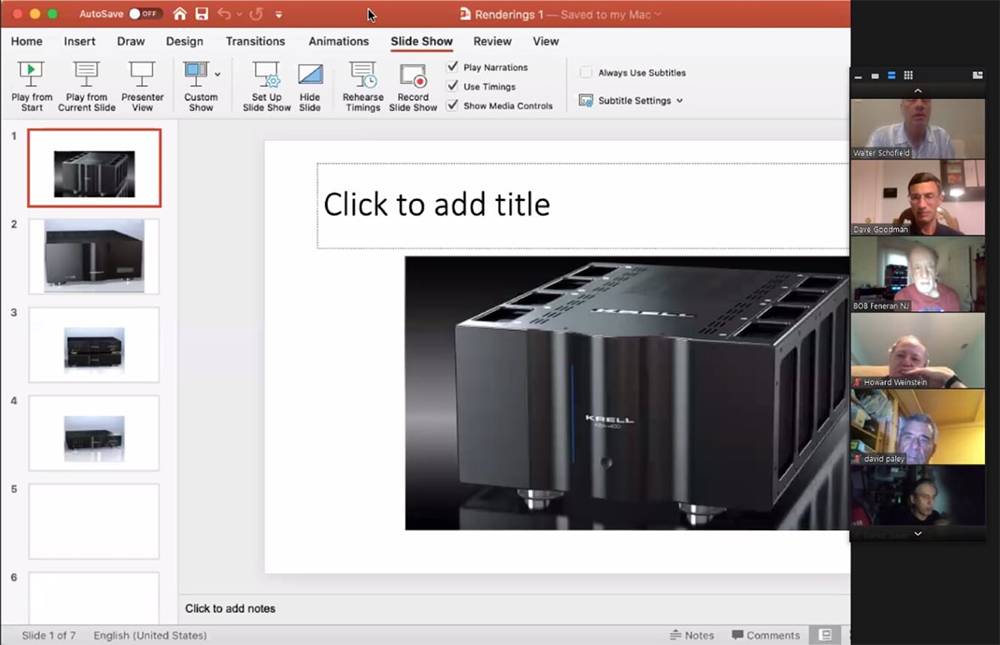 Schofield disclosed that these new amps will also feature a soon-to-be-announced groundbreaking technology, the details of which currently remain under wraps. He suggested that the amps will harken back to the days of Krell’s best high-current amps. They’ll keep the traditional classic Krell looks, he said, but will incorporate a modern aesthetic twist. He also said they won’t be built to a price point, but will be designed to achieve the highest performance possible without consideration of cost.

Schofield said Krell has seen recording studios and other professional customers using more and more retail audiophile components. As a result, he noted, Krell may want to break into the pro market on a wider basis.

It was at that point that Harry Weisfeld asked Schofield if Krell would consider incorporating reel-to-reel (R2R) tape functionality, including equalization curves, into Krell’s preamps. According to Weisfeld, within the past several years the popularity of R2R tape has exploded with audiophiles. Also, Glasgal advised Schofield that it would be very easy to incorporate his Ambiophonics three-dimensional image signal processing technology into such components. Schofield said that he found both ideas intriguing and would look into them. 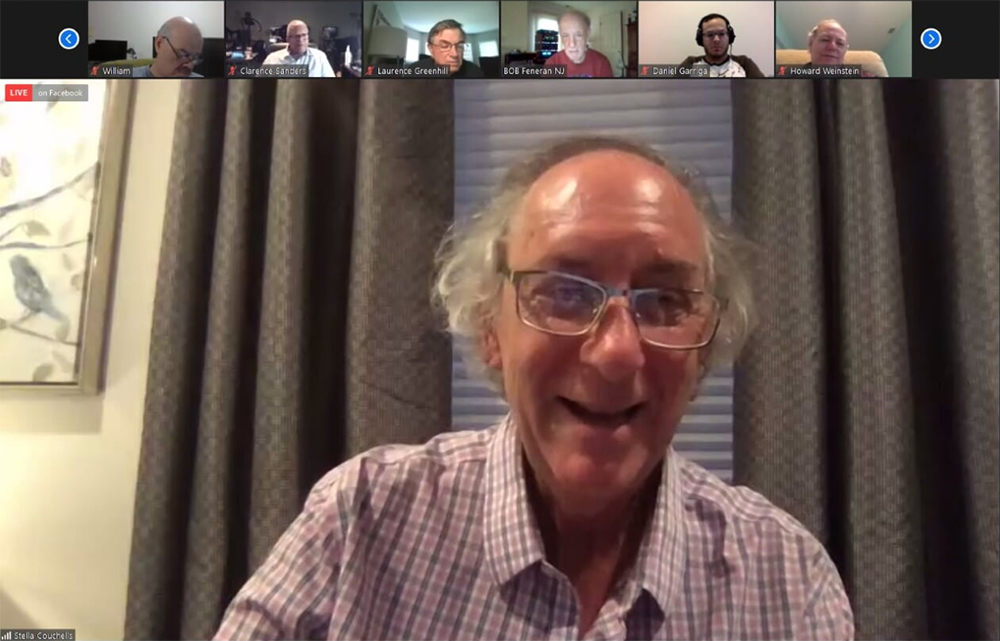 Finally, Schofield took some time to speak about Krell’s YouTube channel, AIR (Audio Immersion Renaissance), scheduled to launch in the coming weeks. He said the channel’s goal is to tell the younger generation that there are audio products that sound better than inexpensive earbuds and soundbars, and that the immersive sound experience of a show or movie is possible at home.

Next, Goodman discussed two of Krell’s newest amplifier technologies. The first one was iBias, which, according to Goodman, precisely measures bias at the output stage rather than earlier in the circuitry. For the latter method, he said, the output transistors conduct full current at all times, regardless of the demand from the speakers. Measuring bias at the output stage, he claimed, allows the output transistors to receive only as much power as they require so that the amp remains in class-A just long enough to take advantage of that mode’s musicality, midrange richness, and low distortion. 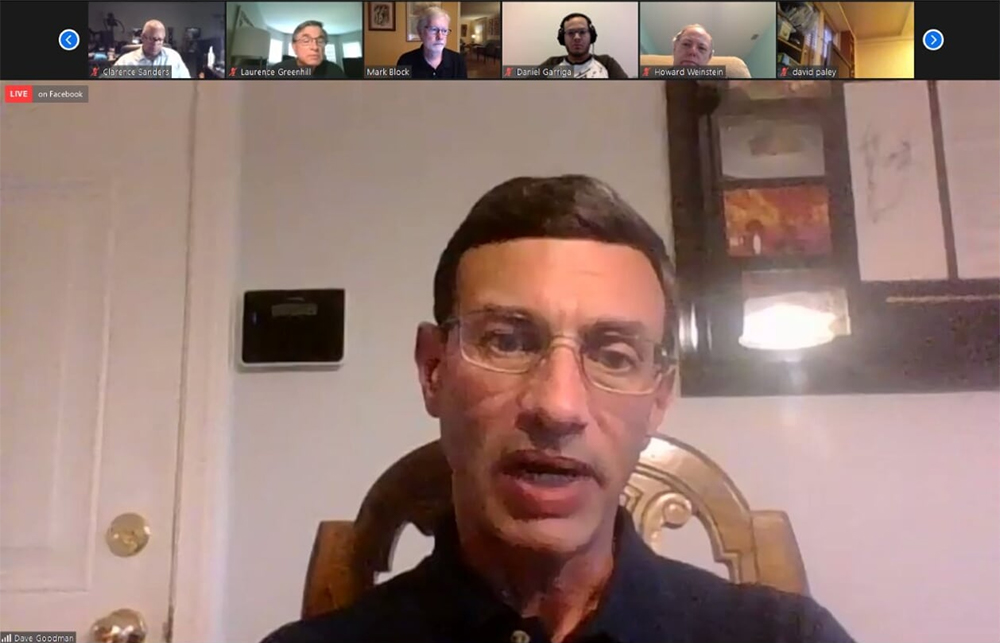 Goodman also stated that since iBias-equipped amps use only a fraction of the power needed to reproduce music at normal listening levels, they generate less heat than those based on traditional class-A designs. Accordingly, he claimed, iBias amps experience relatively few operational failures and can be made highly compact, as things such as large heatsinks are unnecessary.

The second technology that Goodman discussed was Krell’s XD, which he stated decreases an amp’s output impedance by half without using additional negative feedback. According to Goodman, this technology was difficult to perfect, as substantially lowering an amp’s impedance decreases its stability and adversely affects its transient response. Thus, each stage prior to the output had to be re-tuned to work optimally with the lower output impedance. The end result, he said, is a significant improvement in the control of the speaker’s drivers and a damping of unwanted vibrational modes, creating a more accurate signal reproduction, including much less sonic overhang and better harmonic density.

As noted, the attendees peppered Schofield and Goodman with questions on a variety of technical topics during the meeting, including high-bandwidth components, interaural crosstalk cancellation, slew rate, damping factor, and negative feedback. 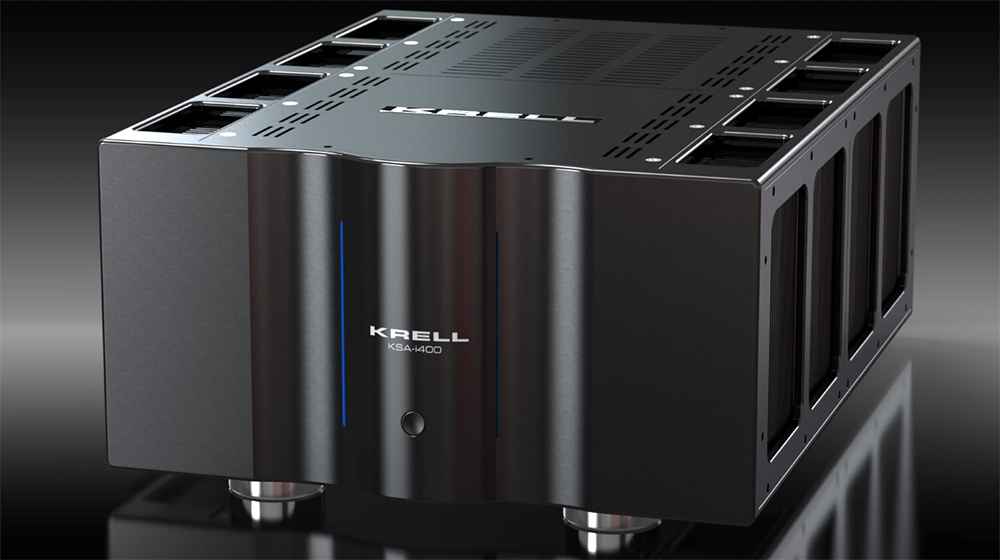 There was concern in some quarters of the Audiophile Society that a Zoom meeting wouldn’t satisfactorily replace one held face-to-face. Although everyone is undoubtedly looking to the day when face-to-face meetings can resume, this Zoom meeting was a resounding success, and it even eliminated the issue of those annoying individuals who talk in the back of the room during the presentation. The group that night heard about the many exciting things going on at Krell, and I, for one, look forward to hearing the new reference amplifiers. Further, Audiophile Society members found a great way to maintain their enduring friendships, some of which are going strong some 40 years after they began.