It was early in the morning of July 27, 2019, at New York City’s PlayStation Theater, when Aub Driver, Discog’s public relations lead, told me that he and his team, readied for the Crate Diggers Record Fair and Concert, were there for the long run. The event occurred in two parts. First, beginning at 10:00 a.m. and running throughout the day, an almost countless number of retailers sold records, tapes, CDs, and assorted musical paraphernalia from tables stacked with crates, thus the event’s name. That part of the event, which featured several live DJs, was free. 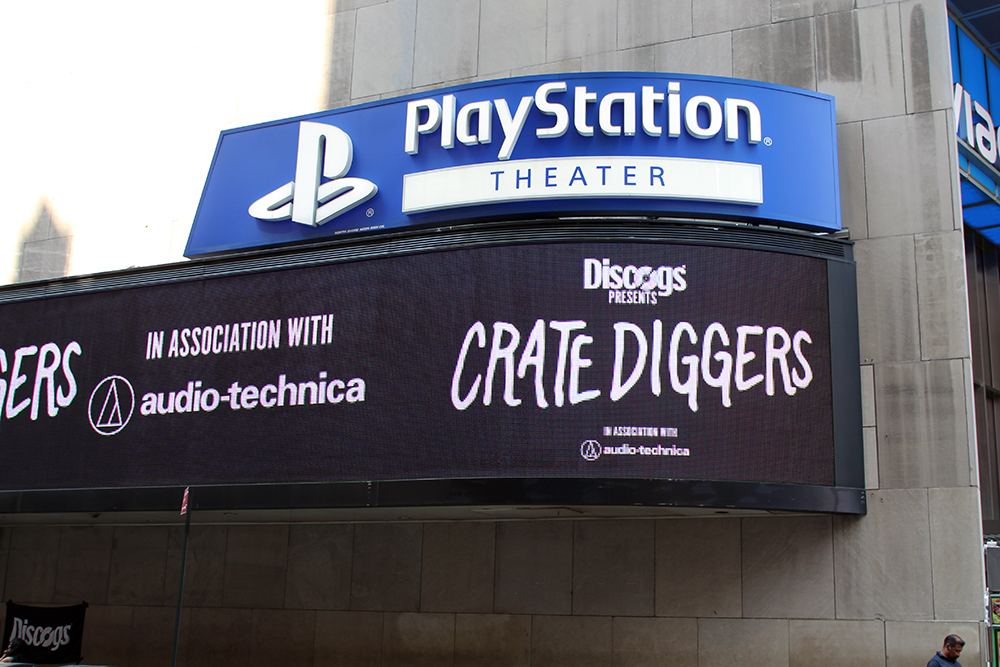 Second, beginning in the early evening and scheduled to last until 1:00 a.m., a paid-admission concert was held featuring numerous high-profile hip-hop and other artists. Aub wasn’t kidding -- I would need to bring my long game as well.

As per Crate Diggers’ website, this event is “the world’s largest international series of music festivals dedicated to promoting vinyl, collectability and physical music.” The site also states that the event is “at the forefront of the vinyl resurgence, offering consumers parties, live performances, DJs, vinyl vendors, merchandising and live experiences from world-class acts and brands around the globe.” 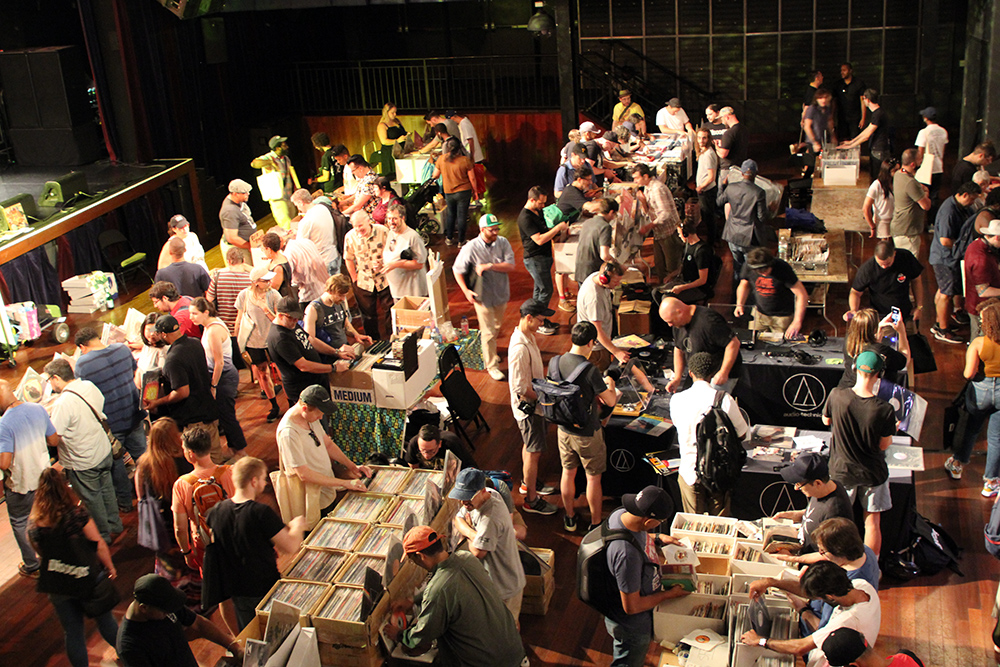 Crate Diggers started in 2016, and since then has occurred three to four times per year in places such as Berlin, Germany, and Dallas, Los Angeles, and Miami in the US. It’s also been in Brighton, England, and Montreal, Canada, as well as Amsterdam and Tokyo. In addition to countless first-tier DJs, Crate Diggers has featured artists such as Sister Sledge and Fullee Love Collective. This year Audio-Technica came onboard to join Discogs as a Crate Diggers co-sponsor, the second Diggers in which the brand has participated. Past sponsors have included music and film retailer HMV, Bandsintown.com music website, and audio product manufacturers Pro-Ject Audio Systems and Henley Audio.

In recent years, Discogs has grown immensely. According to the company, its website (discogs.com) is now the third largest online music destination after YouTube and Spotify. Also according to Discogs, its mission is to build the largest online music database and marketplace. Discogs states that over 475,000 people have contributed to the database, which currently has information on almost 11.5 million recordings and 6.5 million artists. Further, Discogs states that with 33 million items for sale and thousands of sellers, the marketplace is the venue to buy everything from new releases to rare recording gems. 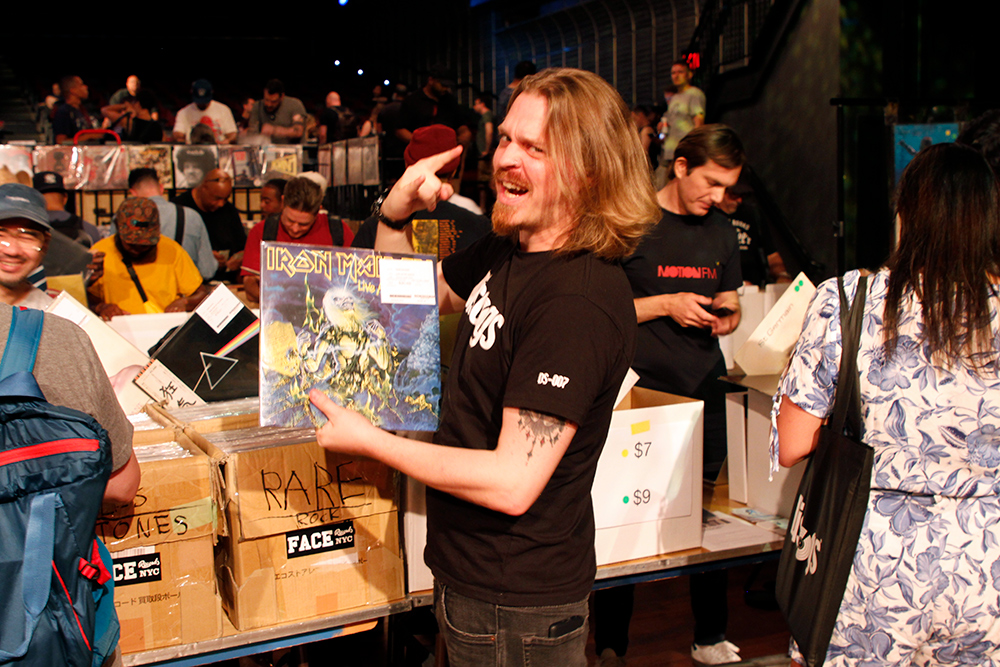 Both in and outside of the audiophile and professional-audio worlds, Audio-Technica needs little introduction. Established in 1962, it is a worldwide group that designs, manufactures, markets, and distributes turntables, phono cartridges, microphones, and headphones.

I told myself that between the morning and evening parts of the event I would go home and get some rest before returning. Although that is what I did, it was not easy leaving the event. Aside from snapping photos, there were a large number of vendors whose wares, which spanned all music genres, I needed to inspect. Discogs states that there were over 100 tables of goods. 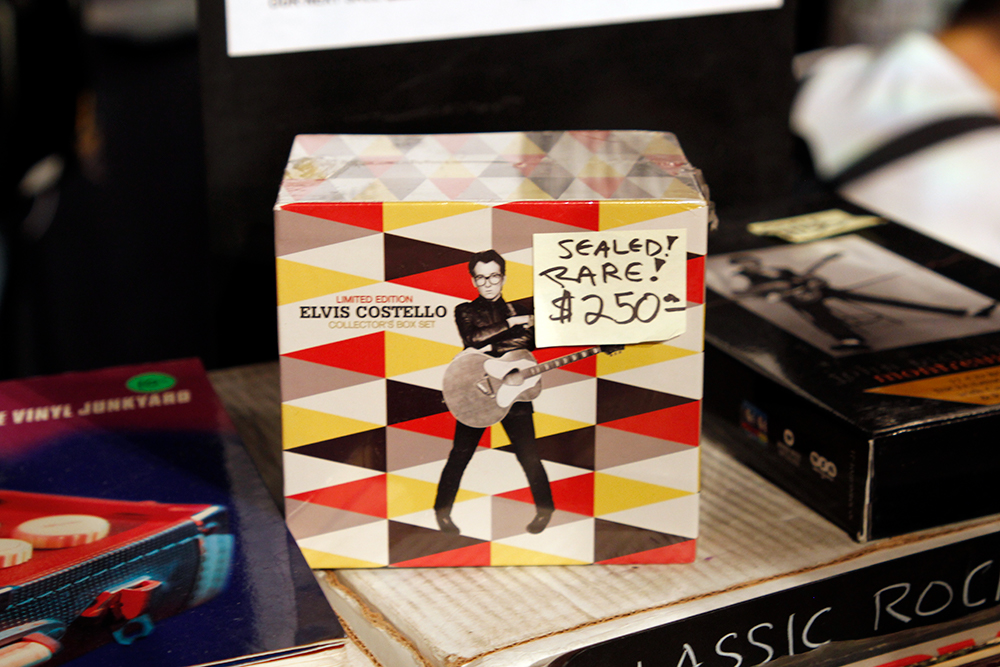 At the Discogs booth, the team gave away free Discogs-branded 45rpm adapters, stickers, and tote bags. Also, team members answered questions about the database and marketplace.

The Audio-Technica booth contained a panoply of the company’s turntables and headphones, almost all of which were set up for audition. There was the AT-LP60XHP belt-drive turntable, headphones, and built-in headphone amplifier package ($129, all prices in USD). Also, connected to the company’s now-retired AT-HA65 headphone amplifier were two belt-drive ’tables, the AT-LP7 ($799) and AT-LPW30TK ($249), and the direct-drive AT-LP120XUSB ($249). On static display was the AT-LP140XP ($399) professional DJ ’table. Of course, there was also a slew of headphones, ranging from the $99 ATH-M40x to the $399 ATH-A1000Z over-ear designs. 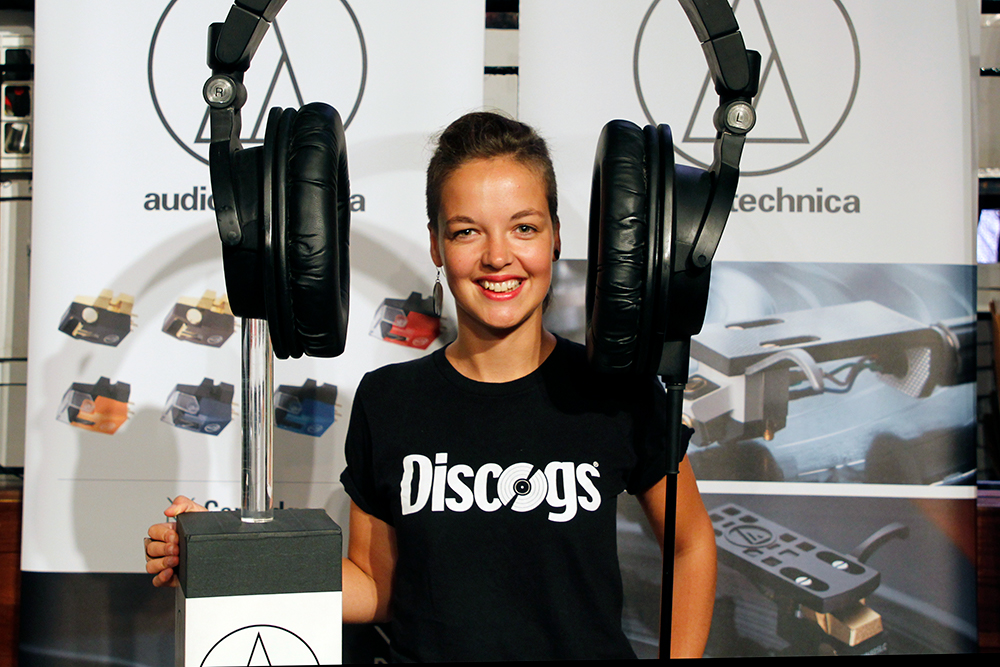 Not surprisingly, many folks who bought vinyl at the event visited the Audio-Technica booth to listen to what they had purchased. According to Bob Peet, Audio-Technica’s Consumer Product Marketing Manager, the day’s mission was to “spread the word about vinyl and analog music sources.”

Also keeping me at the Crate Diggers event were the DJs: Skratch Bastid, Lord Finesse, and Edan. These were not the type you’ll find at the typical wedding or bar mitzvah. Rather, they sported serious club and recording credentials, as well as serious skills. 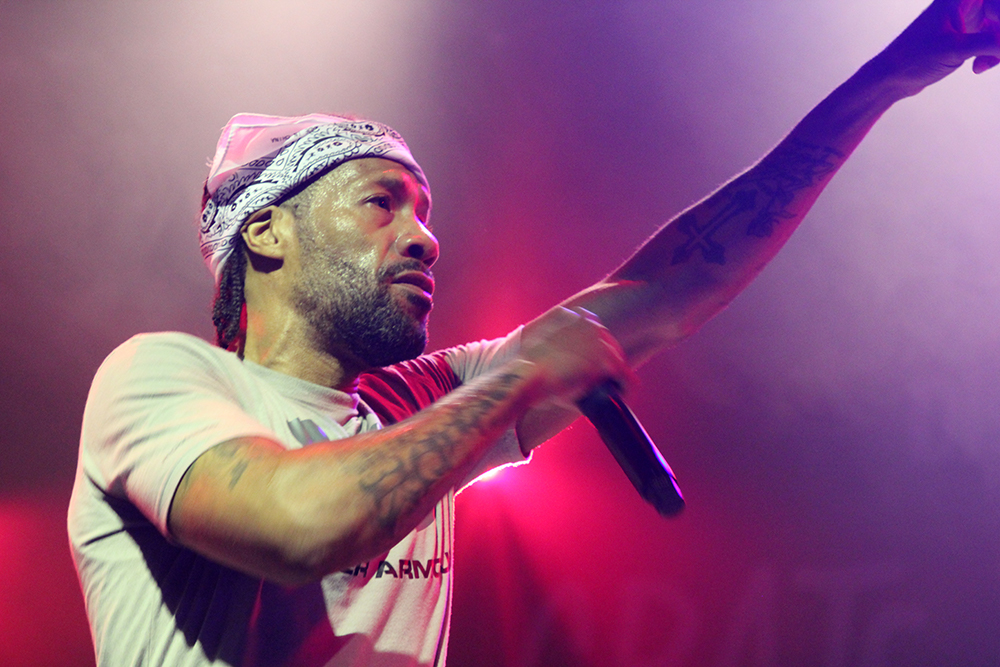 After finally breaking away for a short break, I returned just as the evening concert began. The artist list was impressive to say the least: the frequently sampled funk, soul, and jazz composer, producer, and musician Roy Ayers, as well as Wu-Tang Clan’s Method Man together with Def Squad’s Redman, Black Moon, Junior M.A.F.I.A.’s Lil’ Cease, and Mobile Mondays! DJ Funk Flex together with DJ Red Alert, and Smif-N-Wessun. The concert quickly turned into a party as many of the artists left the stage during the performance to hang out with the crowd. 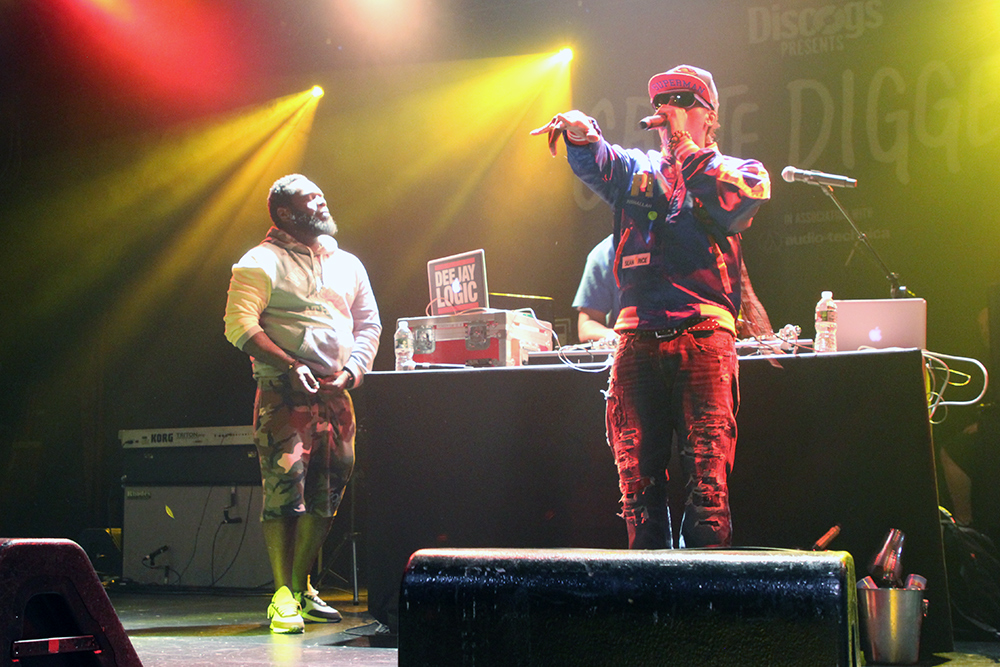 It wasn’t until a bit before 1:00 a.m., the time that the concert was supposed to end, that Method Man and Redman arrived bearing a large case of bottled water. It was too much for anyone on stage to drink, I thought. Soon I saw the purpose of all that water: in a refreshing gesture, the duo poured the bottles over the heads of many of the audience members, including onto mine. Good for me, but not so much for my camera, which thankfully managed to escape mostly unscathed. 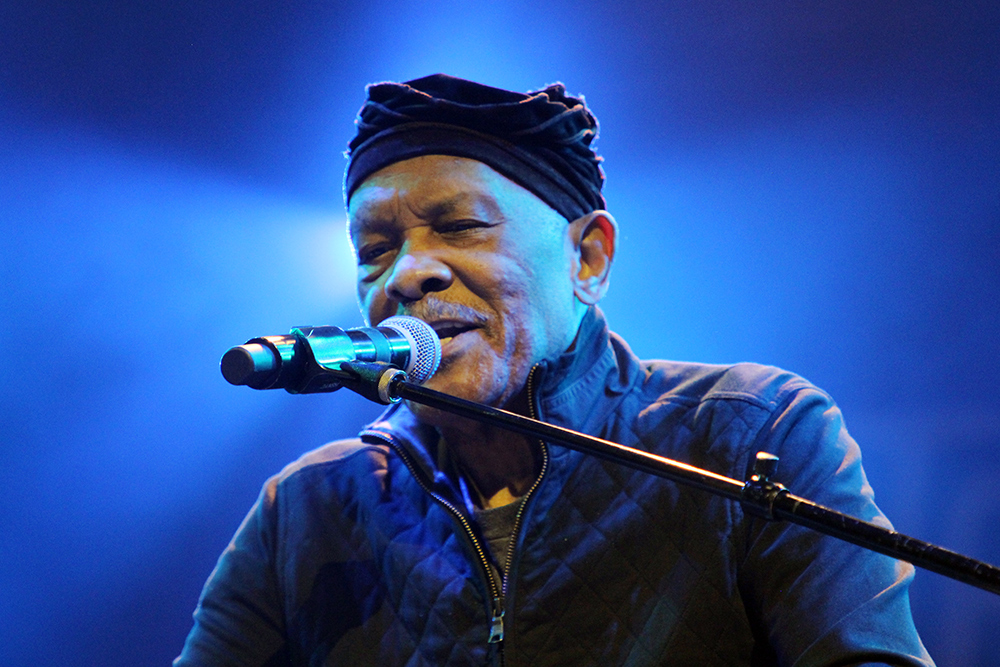 This was one of the best and most high-energy concerts that I have attended. The artists dropped one old-school hit after the next, including not only their own but several by the Sugarhill Gang and LL Cool J. Seeing the legendary Roy Ayers on the xylophone backed up by his band was a real treat. There were also more special guests than I could keep track of. 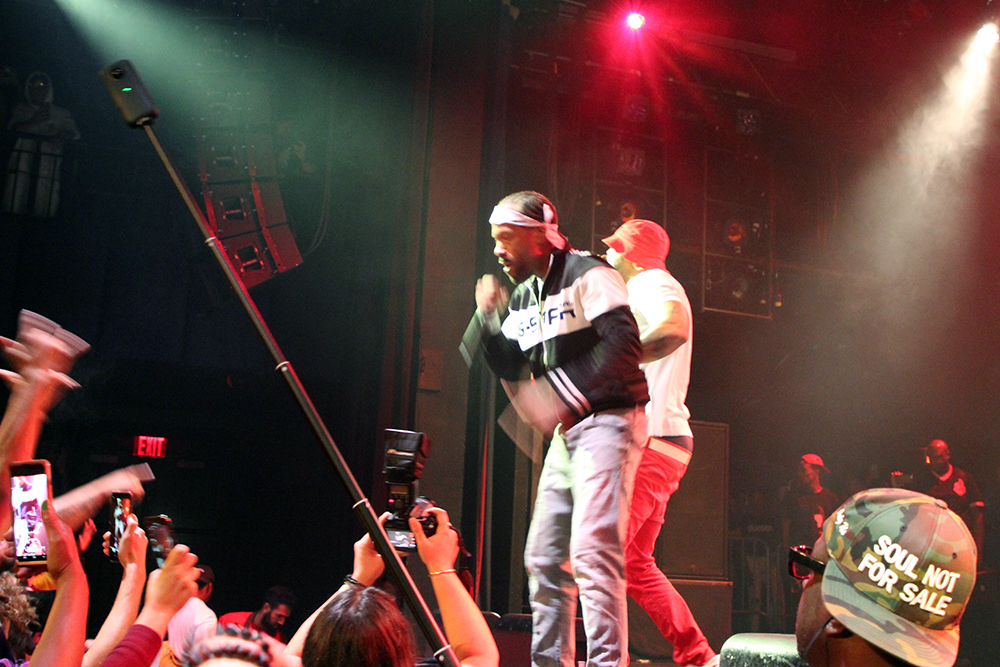 I didn’t get home until the wee hours of the morning, but it was more than worth it. Crate Diggers is not only an event that I will attend again, but one that I would even travel for. It’s also another reminder that physical media, particularly vinyl, is still extremely popular and will likely remain so for the foreseeable future, if not beyond.