When YG Acoustics unveils a flagship loudspeaker, the press comes running, and that is exactly what happened last week at GTT Audio & Video, one of YG’s largest dealers, located in Long Valley, New Jersey. This new speaker is the $265,000 USD (per pair) Sonja XV (eXtreme Version), a 15-year-anniversary model consisting of two towers -- one main tower and one woofer tower. A new ultra-high-end addition to the company’s Sonja line of speakers, the XV incorporates YG’s latest technologies. YG’s president, Yoav Geva, says that the XV is the closest that the company has ever come to the natural sound of a live performance. 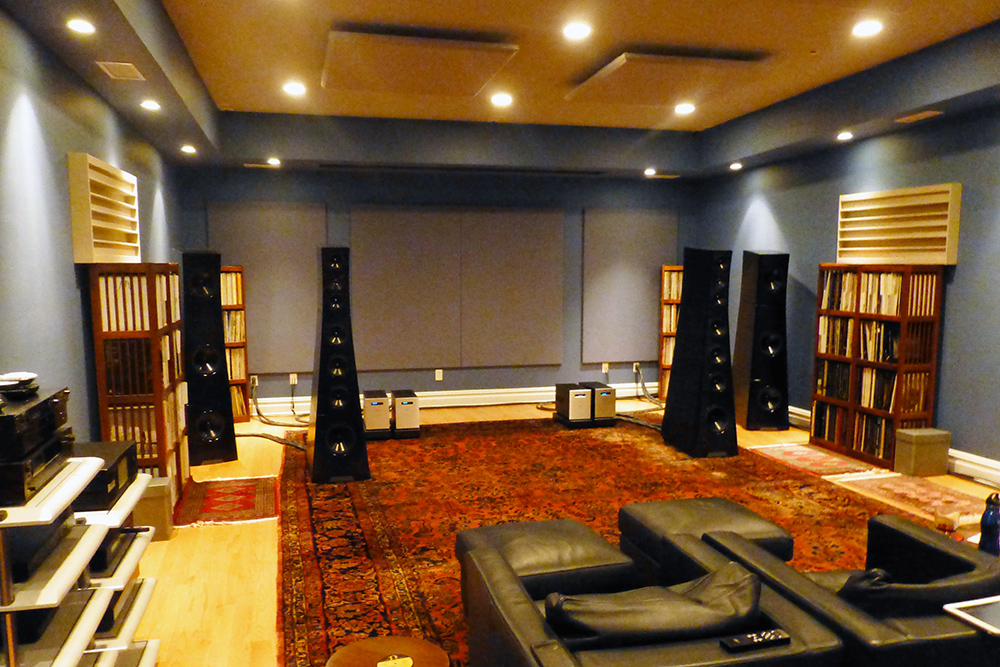 Improvements over the existing Sonjas include what the company says is a breakthrough tweeter it calls BilletDome, which features a soft dome supported from behind by a stiff, extremely light frame that is machined in-house from an aircraft-grade solid-aluminum billet. Although the frame weighs about 30 milligrams (about a thousandth of an ounce), its critical sections are up to 14 times thicker than a typical hard dome, reportedly providing superior rigidity over domes made of exotic hard materials.

The bass, midbass, and midrange BilletCore drivers are machined, also in house, from massive slabs of aluminum. A pair of XVs utilize a total of 20 drivers.

The XV’s crossover circuits, as with YG’s other speakers, are created utilizing proprietary DualCoherent technology, which YG says optimizes both the frequency and time domains. The bass crossover features a new proprietary ViseCoil inductor. Wound by CNC machine, the inductor is encased in a vise-like milled structure to eliminate resonances and tighten construction tolerances, thus increasing performance.

The XV’s sensuous 70”-tall cabinets are made of machined aluminum alloy. Each features a multi-layer modular structure that is optimized for its assigned frequency range.

One more thing: existing Sonja speakers can be upgraded to XV status.

During my extended private listening session at GTT, the XVs were backed by Audionet electronics and Kubala-Sosna cables. Sources included a Kronos Pro Limited Edition turntable. As the XVs’ four towers literally weigh over a ton, I initially wondered how GTT got them into one of its underground listening rooms. I then learned about the speaker’s modular structure, which makes transporting a pair of XVs much more manageable.

My first takeaway on the XVs’ sound, one that seemed to be shared by everyone who listened to them, was an enormous sense of scale. Aided by GTT’s expansive 25’ x 35’ room, the speakers produced a soundstage that was nothing short of cavernous in height, depth, and width.

I was also struck by the sound of the XV’s redesigned tweeter, which was unusually sweet and non-grating whether on analog or digital recordings. On the second movement of Manuel de Falla’s The Three-Cornered Hat, for example, the piccolo, which can hit the highest of audible frequencies, was not fatiguing and shrill, as can often be the case. It was also reproduced with, what to me, was a previously unheard amount of air, clarity, and definition for the instrument.

Truth be told, the speakers created music with a liquidity, ease, and elegance that really was hard to believe. And they gave up nothing with respect to detail, impact, and imaging.

The coherency between the XVs’ main and bass towers represented as seamless a blend as I have heard. Achieving that type of coherency would be a major accomplishment with two tower speakers using integrated woofers. Doing so with two physically separated bass towers, and no external crossover, was quite remarkable.

But the final test was when I asked if the XVs could rock. GTT’s Bill Parish queued up several tracks from Pink Floyd’s Wish You Were Here, and the question was answered with a resounding yes!

All in all, the Sonja XV seems to resoundingly surpass the former top dog, the Sonja 1.3, across the board, including with respect to transparency, air, soundstage dimensionality, and driver dynamics and continuity -- things that the Sonja 1.3 is known for. I am not overstating by saying there are a whole lot of very high-end speaker manufacturers that have grave cause for concern. This new masterpiece from YG very likely redefines the state of the art. If I only had the money . . . and room for a pair.