Keeping the LPs and the Wife

I hate water. Over the past 20 years, I’ve had a number of house-related floods, including a sewer-backup shit-water apocalypse, two washing-machine overflows, and a leak behind a wall that required removing and replacing the entire wastewater stack, spanning four floors of my home. 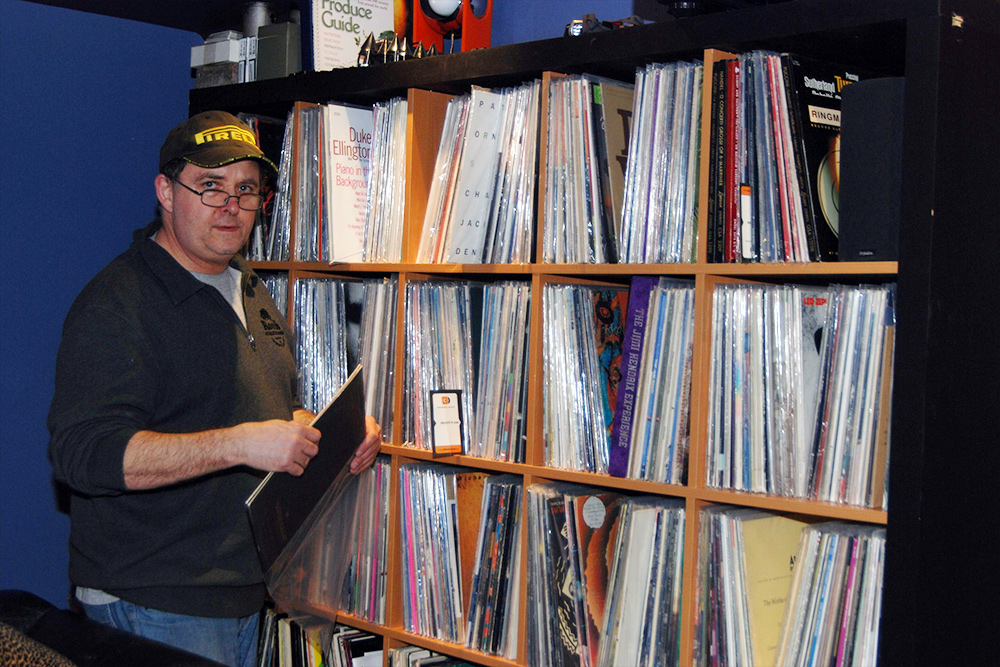 This past summer I experienced two more flood episodes that -- while not of the same catastrophic magnitude as those earlier soul-crushing events -- necessitated new flooring and a small amount of mold remediation.

My wife, Marcia, has developed serious allergies to -- not surprisingly -- mold, so I’ve battled with cleanup and prevention. We recently had our house tested for mold and (thank Odin) the results came back negative. We’re clean. But Marcia’s still honking and schnartzing every morning, so something’s still up with the house. The mold expert who evaluated my house cast a withering look at my record rack. “There’s hidden mold in those things that the test might not pick up until it’s disturbed. And tons of dust too.” He strongly suggested I put outer sleeves on all of the naked records.

I sucked air in through my teeth and gave that some thought. My Ikea Expedit rack contains 25 cubes, and each cube fits around 50 records. Maybe half of them are sleeved, so that’s around 1200 sleeves I’d need to buy. 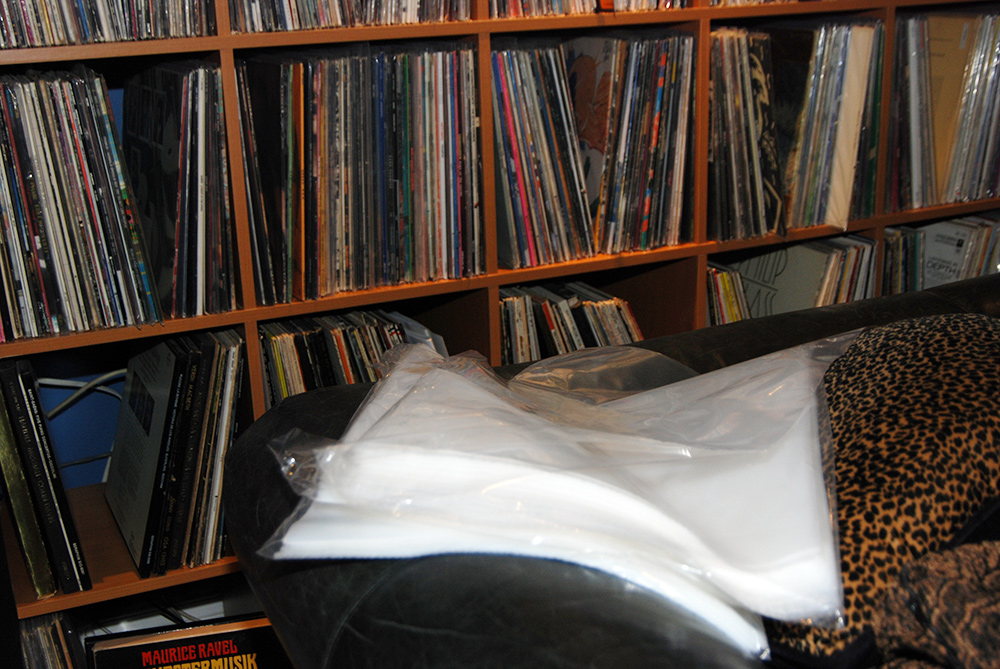 I’ve had the records for much longer than I’ve had my family, but I need and love Marcia, and without my daughter there’d be no one to leave the records to when I die. There was no way around it. I knuckled under and ordered 1200 sleeves.

Managing a record collection is a metaphor for a life lived. You’re born and discover LPs. Youthful enthusiasm ensues, and you buy every record in sight, without thought to the foreign bodies that might live within them. Your house becomes infested with contaminated records, a sizeable number of which don’t even get played. The system gives birth to favorites that remain strewn around the turntable, too popular to even bother filing. But there comes a time when the house becomes too crowded, and the RCA Dynagrooves and CBS digital remasters need to go to the curb. Age advances, and those musty classical records purchased decades ago begin to migrate upwards, one cubby at a time, replacing the slashing rock of youth gone by. Or something like that.

What surprised me is that out of close to three thousand records, I ended up culling only about 18 linear inches’ worth. Mind you, I wasn’t as critical as I could have been. Private Dancer and Rebel Yell didn’t get the hook, nor did either of two copies of The Best of Uriah Heep Volume 2. 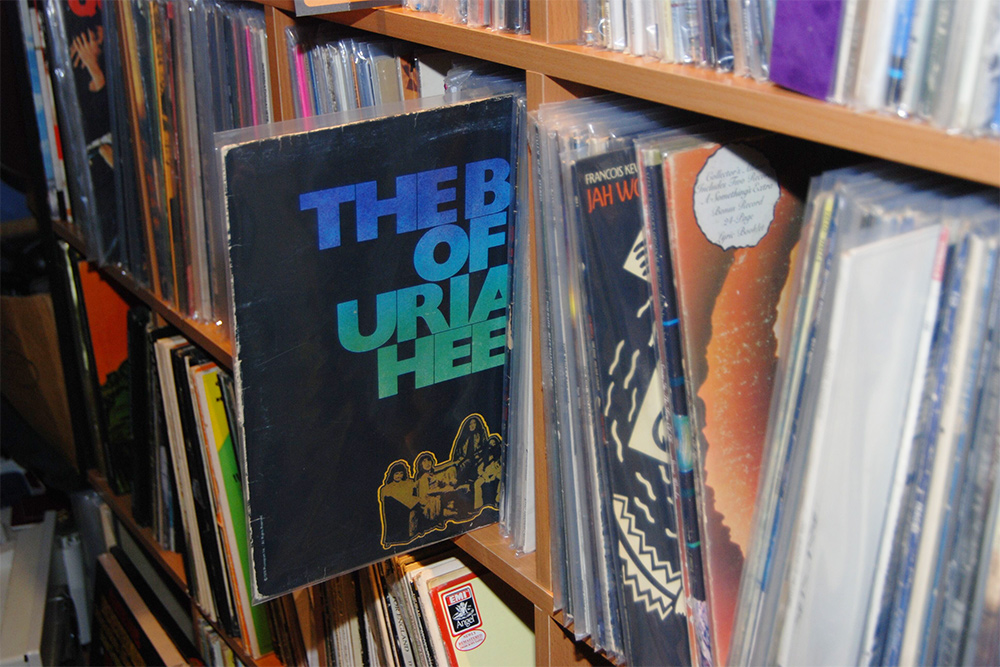 But I did discover that I’ve got an absolute ton of really cool albums. Some Mercury Living Presence gems, lots of Angel and DG stuff, a whole whack of Blue Note reissues that I bought back in the ’90s. In the P section I found half-speed masters of Tom Petty and Pink Floyd, and a few Japanese Floyds that call to me. The two copies of Duke Ellington’s Piano in the Background are perfect fodder for the EAT C-Major turntable that’s on its way to me as I write this.

In all, it took me about ten hours to re-sleeve the entire collection -- maybe 20 minutes for each cube, which includes time spent looking at the condition of the records in the garage-sale intake section, the scope of which had daunted me for a decade. While I was going through this exercise, I pulled out a bunch of records that I was interested in rediscovering or -- as was often the case -- listening to for the first time.

This dust-proofing process was intensely valuable. Beyond the reduction of allergens, I’ve re-discovered my record collection. To tell the truth, I’ve found my listening habits down in the vinyl-only big rig becoming stale and repetitive. The Frequent Listen piles were getting all of the table-time, and the vast majority of my records were sitting dormant behind me. Now that I’ve been through them all, I’ve got some great ideas of what I’m going to listen to going forward.