Pairing the SVS SB16-Ultra Subwoofer with My Monitor Audio Speakers

I’ve had a set of Monitor Audio Studio standmount speakers ($1400 per pair when available, all prices USD) anchoring my multipurpose music/movie/YouTube stereo system for a few years now. This two-way minimonitor (mini Monitor?) is a high-resolution transducer, what with its AMT tweeter and dual midrange-woofers—both drive units derived from the company’s costlier Platinum series of flagship loudspeakers. The thing they lack, though, is deep bass. That is of course where SVS comes in. 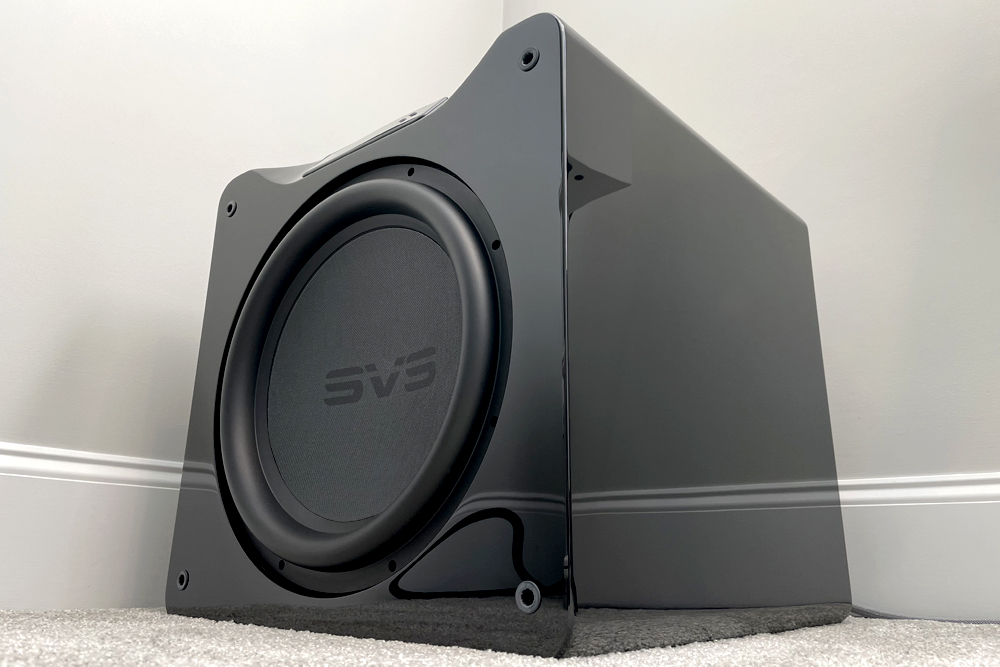 The sound I get from the Monitors is fantastic, owed in part to the 100Wpc Coda Technologies Model 11 stereo amplifier sending them some sweet class-A power. The source for this system is an Oppo Digital BDP-103 Blu-ray player that’s fed by a little Roku digital media player. I knew the SVS sub’s reputation for being able to mate successfully with audiophile-grade speakers. That rep is no accident. SVS’s Smith Freeman recently explained in an interview the goals the company had for the SB16-Ultra’s drive unit when it was under development: this beast of a driver is claimed to reproduce bass “without compromising on accuracy and transient speed.”

I surmised that the process of setting up the SVS was going to be a snap. I’d just completed a similar install with a Monitor Audio Gold W12 sub. 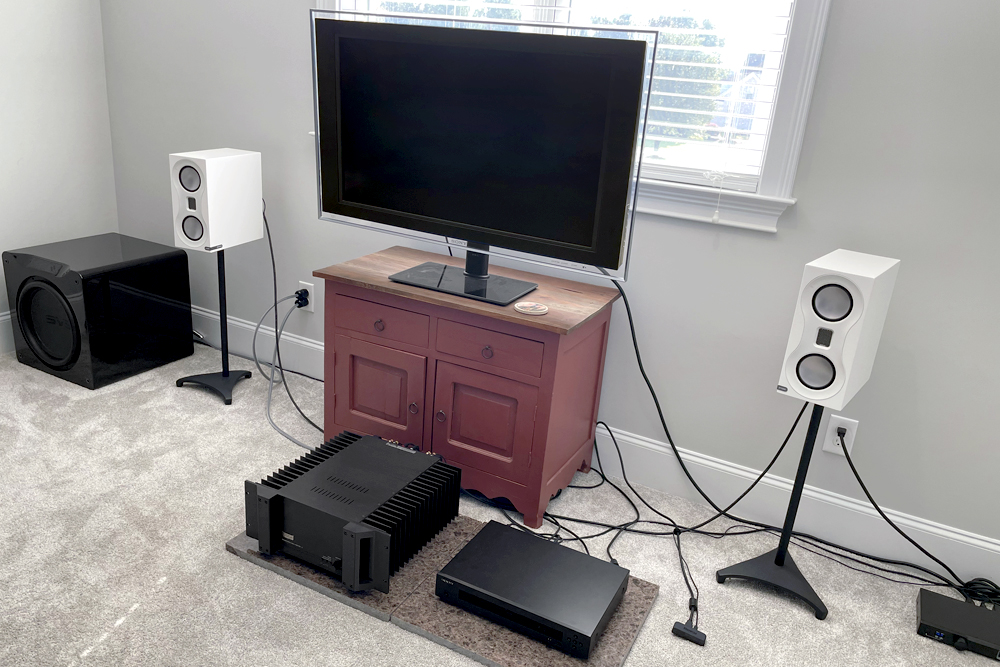 I placed the SB16-Ultra to the left of the left Studio speaker, not quite wedged into the corner but close. This is really the only location available with this system, especially considering the size of the SVS. It worked just fine. 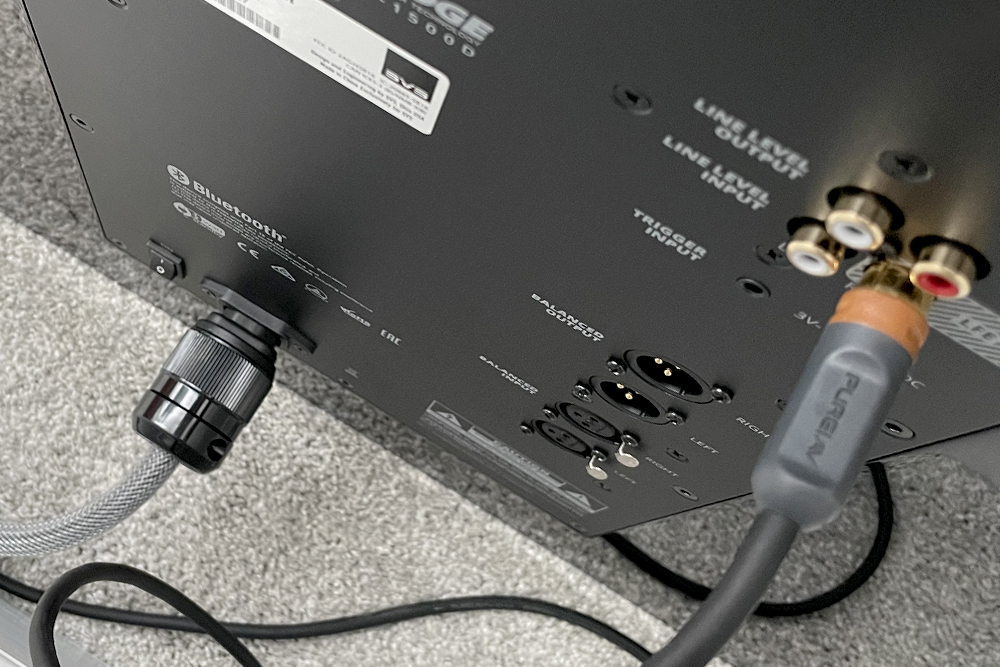 I connected the Oppo’s LFE output to the SVS’s LFE input with a Belkin PureAV subwoofer interconnect (with RCA connectors) and plugged the SVS into the wall with a Siltech Explorer 270P power cord (because I’m an audiophile, of course). I used the Oppo’s multichannel analog RCA outputs—including the subwoofer output—and instructed the BDP-103 to downmix all content to stereo. I opened the Audio Processing submenu in the Oppo’s Setup Menu and set the left and right speakers to Small. Then I set the crossover frequency to 80Hz. In this arrangement, a high-pass signal would be sent to the Monitors, a low-pass signal sent to the sub.

I then opened the SVS subwoofer control app. I first disabled the SB16-Ultra’s low-pass crossover since I was using the Oppo’s bass management. I then fired the system up to get a baseline for how things were sounding. Playing “Through da Storm” by Polo G on YouTube, I determined the sound was pretty darn good right off the bat, without any fine-tuning. The sub’s volume was still set to the default -10dB, the phase to 0 degrees, and the polarity to Positive. 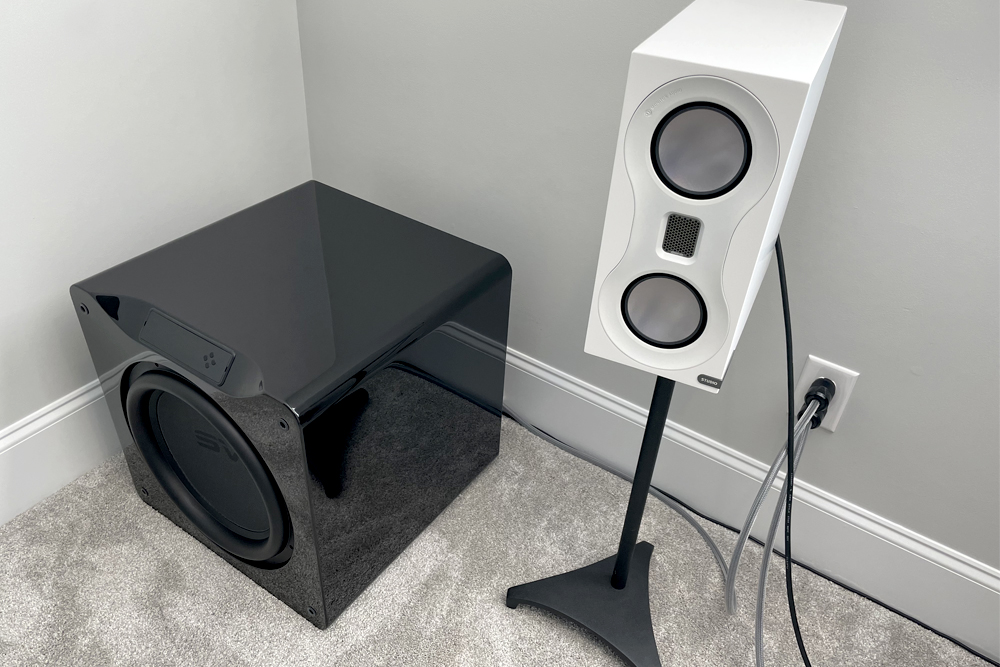 Could it be that easy? Was there any way to improve the sound further?

I thought to myself, “Let’s run some acoustic measurements to see if I can dial things in a touch better.” Sure enough, there was a peak at 80Hz that reminded me of my trip to Yosemite over the summer. SVS had me covered, though. I used the SVS app to access the Parametric EQ screen and cut 80Hz by 6dB. Another quick sweep showed a less-severe peak in the response, so it was time to give the system a listen, which is what you will read about in the final installment of this blog series.