In “Part 1” of this four-part blog on my journey with Monitor Audio loudspeakers, I gave you a brief rundown of the physical and design differences between the Monitor Audio Studio ($1400 per pair, all prices USD), a pair of which I own, and the Gold 100 ($2300/pr.). I decided to compare the Gold 100 to the Studio for a couple of reasons: first, the Studio is now discontinued, and the Gold 100 is a logical purchase for someone in need of a reasonable-sized standmount speaker at a good price. Second, what audiophile would not enjoy the experience of comparing some closely matched loudspeakers? 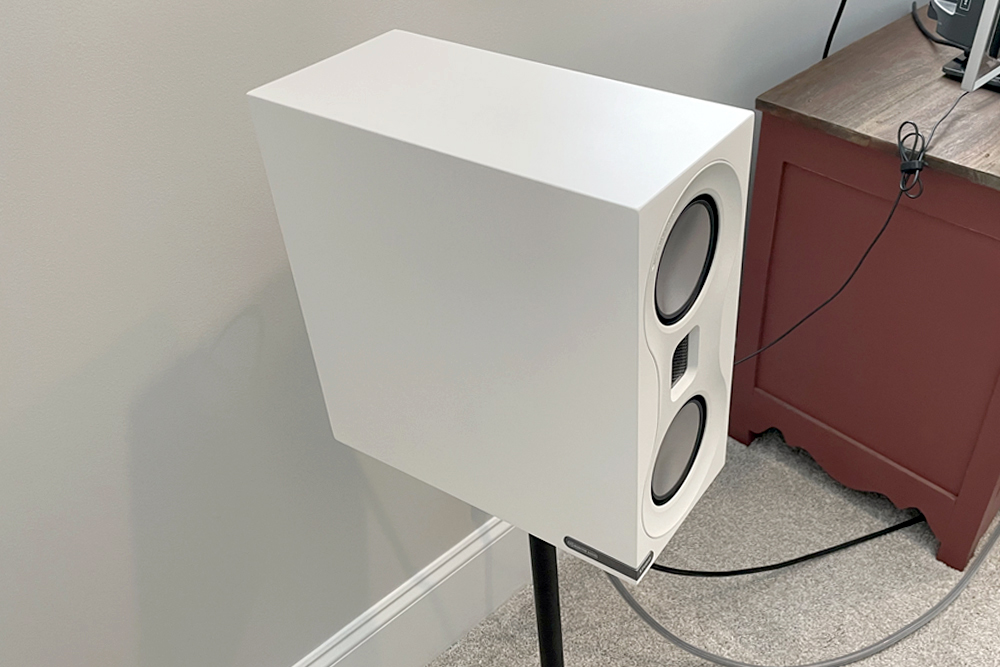 Since these speakers are part of an A/V setup in my home, I decided to use YouTube-based music as the medium to perform the tests. I enlisted the help of my 16-year-old daughter, Abigail, as a tester, because much of her music listening is via YouTube. I think that YouTube is more likely to be used to figure out what’s wrong with the dishwasher than a first choice for music listening. These kids. 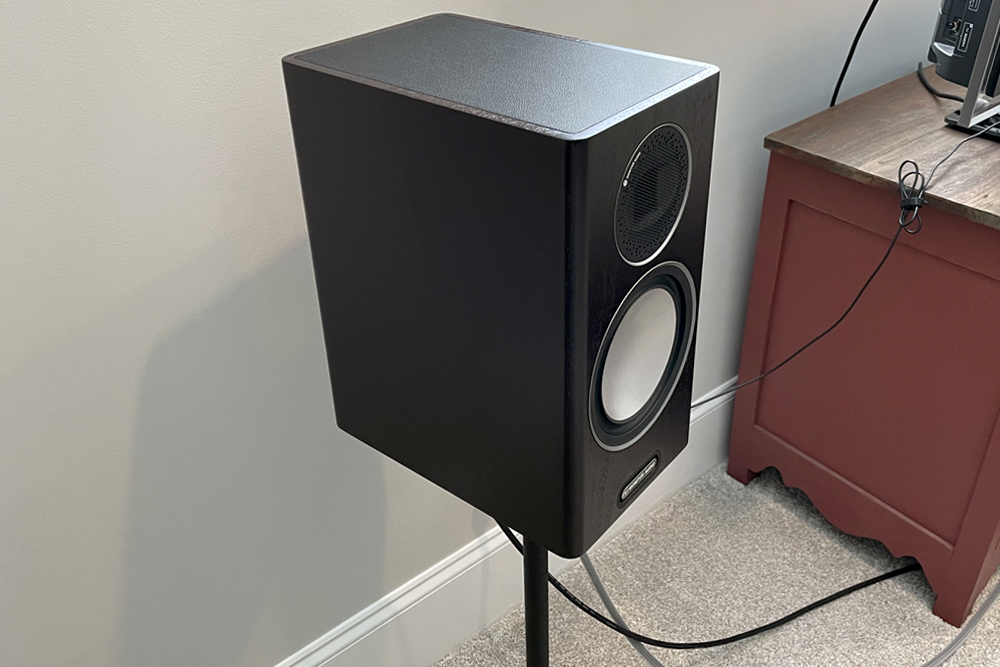 Abigail began with “Up We Go” by Lights from her 2014 album, Little Machines (YouTube, Warner Bros.). Listening to the Studios, the sound was high-frequency-centric, with sharp transients and crisp impact reproducing the percussion. Switching to the Gold 100s, the sound was instantly fuller and rounder in the lows. Highs were a touch less prominent over the Golds and the vocals were a little lower in pitch. Abigail observed that “the vocals were a little more prominent using the white speakers [Studios], the decays were more audible, and breathing sounds were more pronounced.” Surprisingly, we both had a slight preference for the Studios when listening to this track. 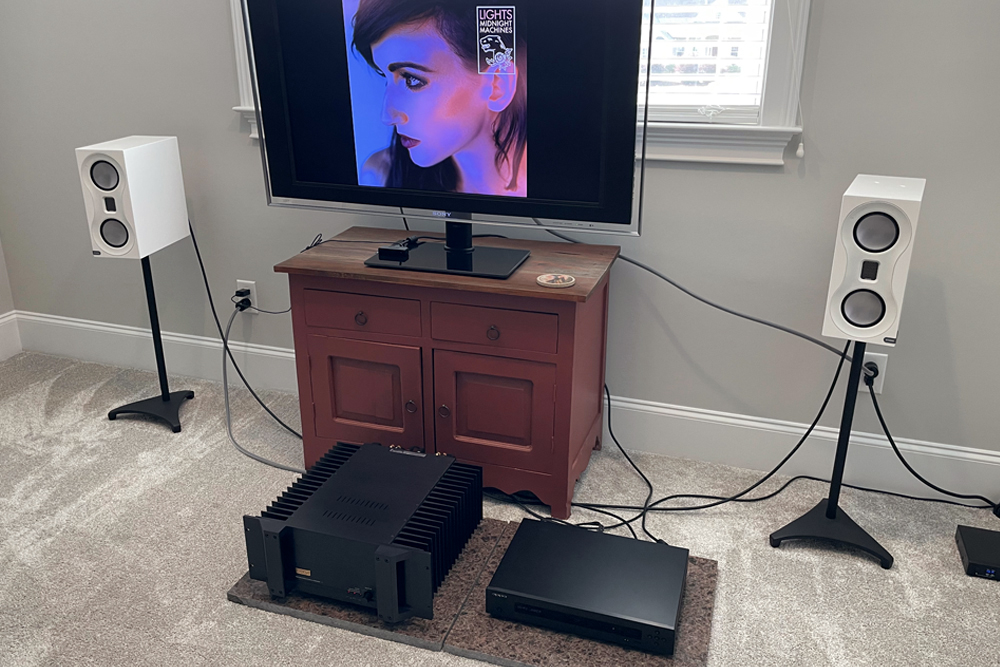 Next up was the single “Mess it Up” by Gracie Abrams (YouTube, self-released), the daughter of film director J.J. Abrams. The Studios were up first. Right off the top, I perceived less low-frequency content than with “Up We Go”—the sound was quicker and more dependent on the upper bass to drive the song along and was pretty thin and one-dimensional. I was disappointed with what I heard from this track over the Studios, but assumed it was due to the sub-standard YouTube source material. As it turns out, I was only partially right. We returned to the Golds and at 29 seconds the bass came galloping in—our immediate reaction was hey, where did that come from?—the additional bass made the song sound better balanced than it had been through the Studios. I also noted that the guitar sounded more robust over the Gold 100s, and as a result the track was perceptibly more enjoyable. Abigail said that Abrams’s voice “sounded less prominent” over the Golds, and I had to agree. In comparison, with the Studios the sound was too lightweight, bordering on brittle, and was decidedly more enjoyable through the Golds. Score tied, with the second track a solid win for the Gold 100. 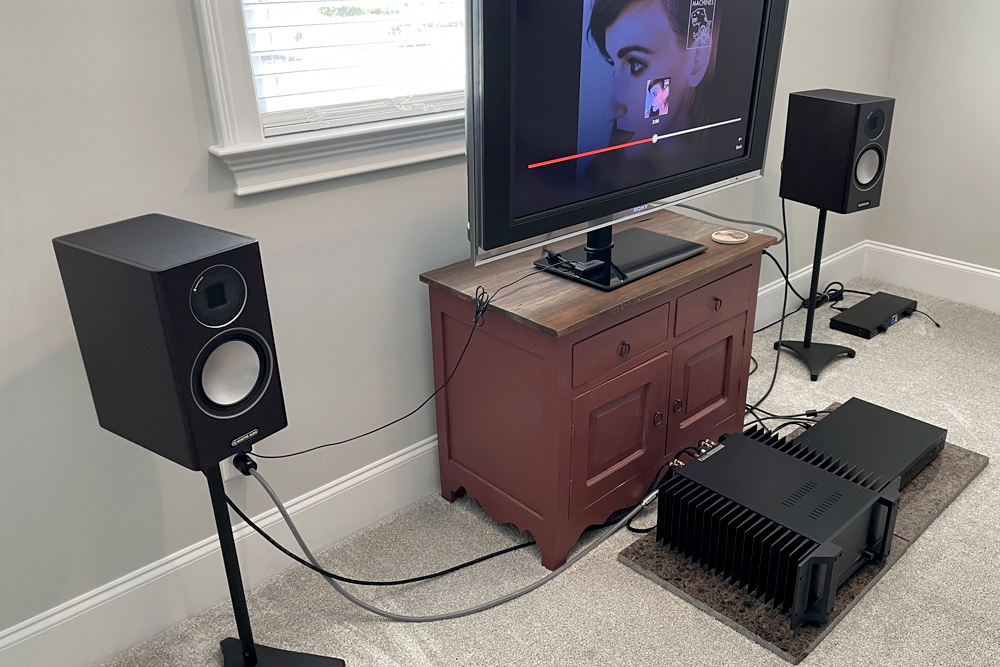 We completed our listening session with “Hope Ur OK” by Olivia Rodrigo from her album Sour (YouTube, Geffen). This time we began with the Gold 100s. There was an immediate sense of space, a wall-to-wall soundstage, and the sound enveloped the far recesses of the room. It was a total auditory experience. Using the Studios, the vocals were crisper than through the Golds, but not hard. We both noticed a slightly smaller soundstage, and the vocals were more upfront by a foot or so. There was less space around instruments through the Studios, making for a smaller overall soundfield. Abigail concluded that the Studios seemed to “focus more on the voices than on the instruments and sounded very similar to the Golds with this last track.” I concurred, and we both awarded the Golds a narrow victory on the Rodrigo track. 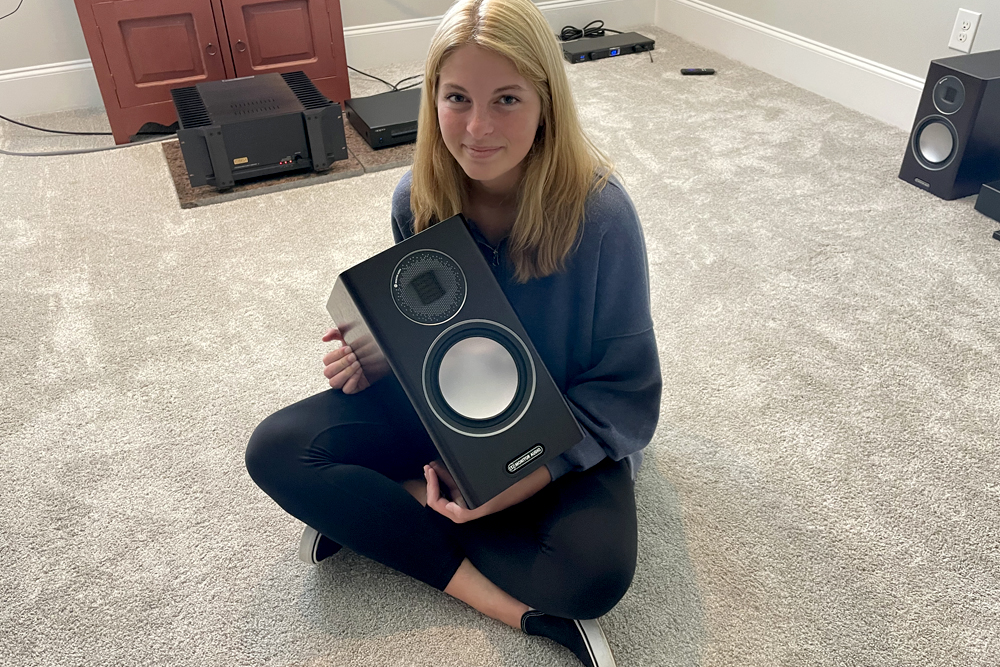