Hans Begged Me to Listen to the Hegel H360

Hans Wetzel pulled a Jeff Fritz-inspired move when he was at High End 2015, which was held in Munich in May. The moment he learned that Hegel Music Systems was replacing the H300 integrated amp-DAC, which he owned and used as a reference, with the H360, which the company was debuting there, he made the decision to sell his -- and did so lickety-split. He wanted to have the latest and greatest from the brand whose stuff he owns, like Jeff. So the day after he got home from High End, the H300 was out his door. 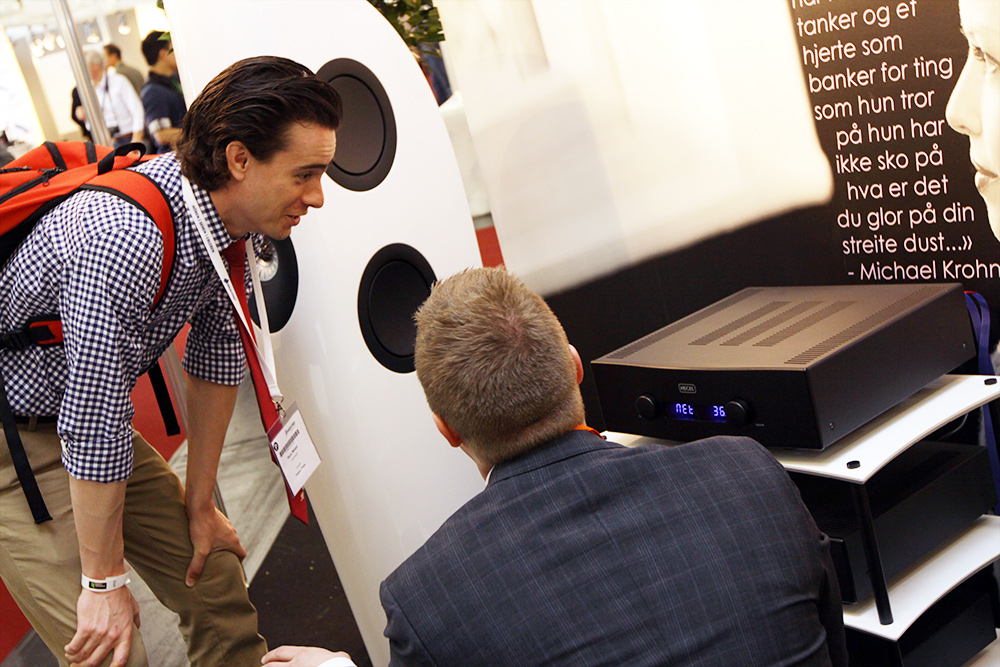 The odds are in Hans's favor given Hegel Music Systems' sterling reputation -- in the years that I've known the brand, it has yet to release a dud. But then again, I thought the same thing when, decades ago, I went from the discontinued Forte Model 3 to its replacement, the Model 6. The 3 was great; the 6 was a piece of crap. I won't rehash the story here since I wrote about it on SoundStage! Hi-Fi in an article called "The Need to Hear -- Or, Why You Should Never Buy Something Without First Listening to It."

Hans had read my article, so he knew there was some risk, but he obviously didn't heed the advice. As a result, when he found out that I'd be receiving the H360 for photography before passing it along to fellow reviewer Philip Beaudette to review it for one of our publications, he practically begged me to listen to it. "Tell me I didn't make a mistake," one e-mail read. I could sense his concern.

So after I finished photographing the H360, I put a towel for protection over the Moon by Simaudio Evolution 870A amp that I use as a reference and placed the H360 on top of it. Then I disconnected the speaker wires from the Audio Research GS150 amp, which I'm in the middle of reviewing, and hooked them to the H360's backside. Finally, I slid a power cord into the H360's power-cord inlet. The speaker cables were hooked to PSB Imagine T3s, which I'm also reviewing. 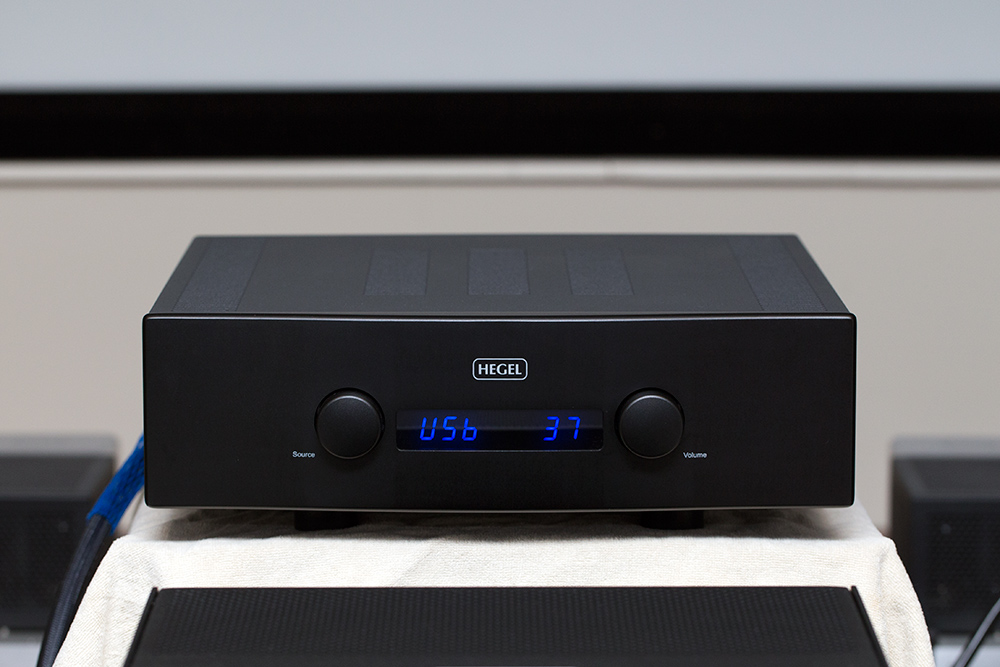 Now, understand that Hans is a big Apple fan -- one of those young fellas who wouldn't own a computer that's anything but, and who believes all Apple stuff is amazing, even the Apple Watch -- so the H360's audiophile-grade Apple AirPlay feature is important to him. You can configure it by connecting the H360 to your network via its Ethernet jack, which is on the rear. However, I run a couple of Windows-based Samsung laptops and have no use for, nor ability to use, AirPlay. That said, the H360 also supports DLNA streaming, which would work on my Samsungs, and which you can also configure once you're hooked into your network.

I didn't want to connect and configure all that just for a quick listen. Therefore, I simply strung a generic USB cable from the laptop I'm writing this article on to the H360's USB port, which is also on its rear; powered up the H360 via the button that's cleverly mounted below the faceplate; watched Windows detect it within seconds; and then streamed music to it from my NAS device using JRiver Media Center 18 as a player. (Other connection options include coaxial and optical digital inputs, as well as balanced and single-ended analog inputs.) 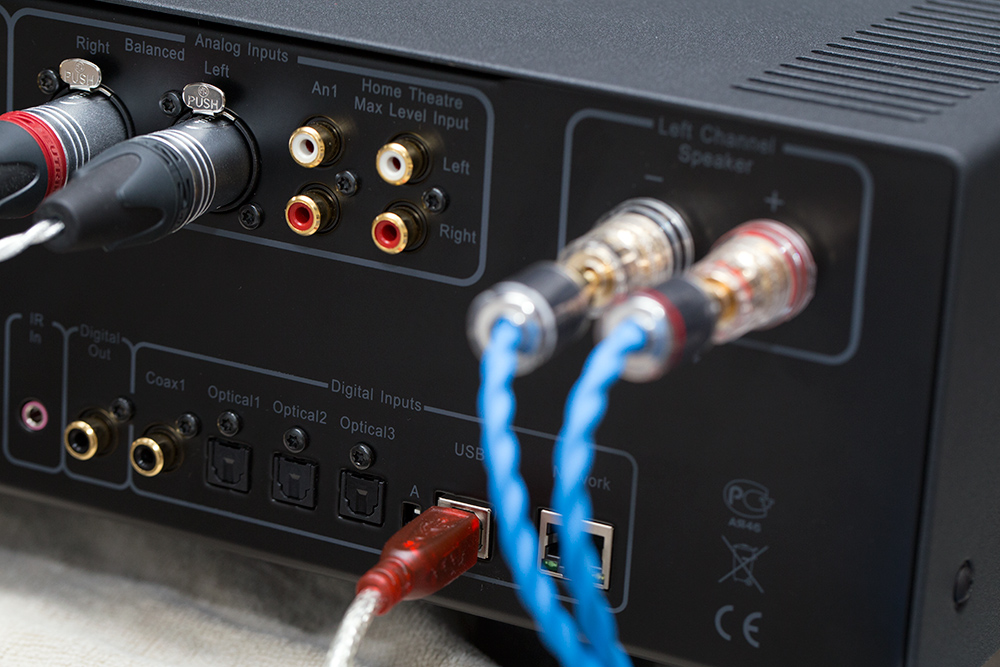 The H360 proved dead simple to use, at least with USB, which is also reflected in its spare faceplate: there are only Source and Volume controls flanking a small display screen on it. In fact, it took longer to unbox the H360 than to actually hook it up the way I did, which I believe is exactly what the folks at Hegel intend for their products. (They also supply a remote, but I didn't bother to use it.)

I won't steal Philip's thunder, since he's the one who is reviewing the H360. And when he does, he'll be comparing it to the Bryston B135 SST2 integrated amp, which has been his long-term reference and is a formidable piece. The 135 has an optional DAC, but he doesn't have it; instead, he has the Bryston BDA-2 DAC, which is a standalone item. Still, it'll be an interesting comparison.

But I'll say this much: I don't think Hans made a mistake. I don't know the H300 well, but I listened to the H80 integrated amplifier-DAC ($2000) in my system after Roger Kanno reviewed it for SoundStage! Hi-Fi. I reviewed the top-of-the-line H30 power amplifier ($15,000) last year for SoundStage! Hi-Fi. The H360 sounded far cleaner, more detailed, and more powerful than the H80 did -- the H360 is a significant step up from it in all respects, though you'd expect that for triple the price and with a significantly higher power rating (the H80 is rated for only 75Wpc into 8 ohms). What I didn't expect was for the H360 to sound a little smoother and clearer than what I heard when the H30 was in my system, while retaining the stark, immediate sound that all Hegel amps I've heard are known for. I was also taken aback by the H360's resolution -- the subtlest details in my favorite recordings and the depths of the soundstages were all very easy to hear. Lastly, I found that the H360 delivered more power than the T3s would ever need. 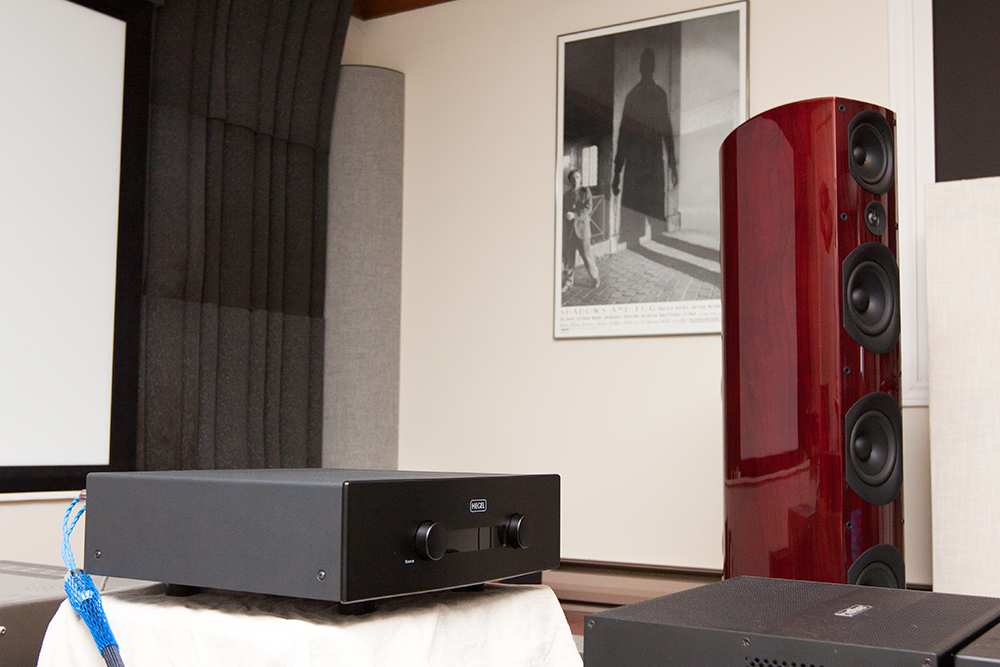 Philip is going to have the last word on the H360 when he writes the review, but Hans imploring me to listen to it has proven beneficial for him and me -- my quick audition demonstrated that it is an excellent mate for the PSB Imagine T3s, so I'm going to listen to it longer with them before sending it to Philip. Those listening impressions will make it into the T3 review, which you'll find on SoundStage! Hi-Fi in October. As for Philip's review, we hope for December 1.