I'm rarely at a loss for words, but I was when it came to describing the differences between the EMM Labs DAC2X and Meitner Audio MA-1 digital-to-analog converters, which sell in the United States for $15,500 and $7000, respectively. (Note: Howard Kneller reviewed the DAC2X for SoundStage! Ultra earlier this year, while Uday Reddy reviewed the MA-1 for SoundStage! Hi-Fi last year, so see those reviews for more details on these products.) That's why it's taken me just over two months since the DAC2X arrived to come up with something to say on the subject! 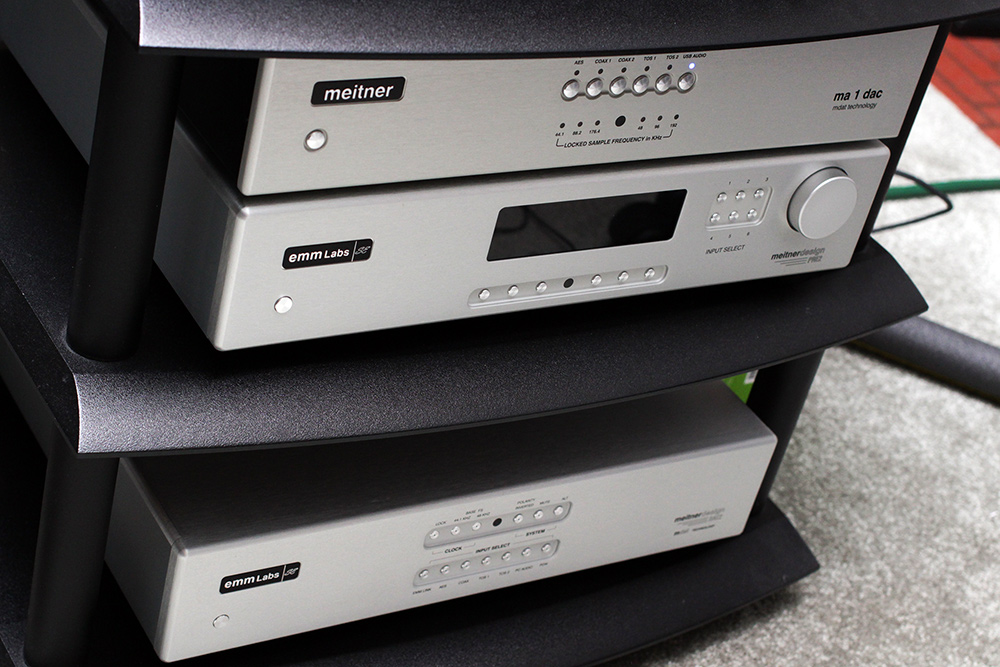 The problem arose because, on the one hand, the various differences I heard between the two DACs could each be considered small, which is not all that surprising, given that EMM Labs and Meitner Audio are sister brands and the DAC2X and MA-1 share similar circuit topologies. Basically, the DAC2X is built to a higher standard through the use of better-quality parts throughout, including superior casework. On the other hand, all those small differences add up because the DAC2X provided an incremental improvement in sound quality that was anything but small. So I was stumped with how I could describe these subtle differences without overstating them, while not taking away from the fact that the end result was something substantially better.

Then I came up with an analogy that, despite being visual, does a better job of putting the differences into perspective than an endless run of audiophile superlatives. So here goes: it's not unlike the first time I saw a true IMAX film presentation and sat in amazement at how much better the image was than a traditional 35mm image, even though they were both just "film," so visually cut from the same cloth and both high-quality mediums.

No, I wasn't just impressed by IMAX's image size, which is quite a bit bigger due to the much larger film frame; rather, it was its superior clarity, definition, and color saturation, which combined to result in a visual experience that was much richer, more immersive and involving, and, of course, better. All those individual things on their own might not have amounted to much, but when combined they're significant. So as good as 35mm always looked to me, and still looks today, it doesn't look as good as IMAX -- and once you experience that kind of marked improvement, it's impossible to deny or forget it, or even go back to what you were used to before.

And so it is with the DAC2X and the MA-1. Sonically, both DACs are cut from the same cloth and have tonal balances that are identical. Casual listening may result in someone thinking there is little or no difference between the two; in fact, because of that some might consider the MA-1 to be a way better buy because it's less than half the price and delivers most of the DAC2X's performance. I certainly wouldn't argue with that thinking. 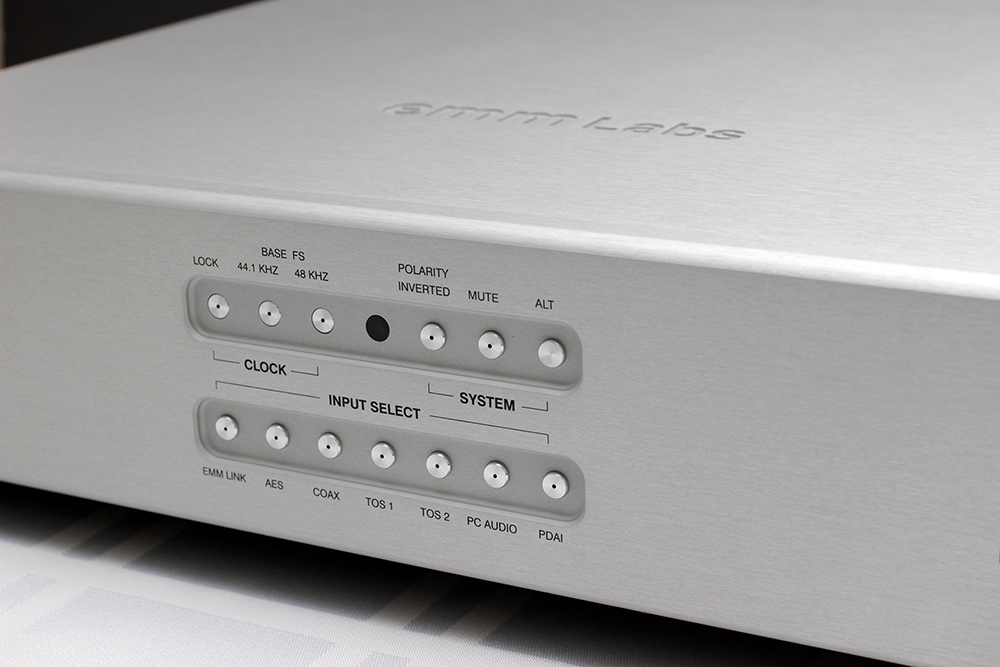 But longer-term listening to the DAC2X reveals a fuller, smoother, grander sound overall, with resolution that's nothing short of state of the art. For example, tiny spatial cues in my favorite recordings popped to life, vocal inflections that were subtle or nonexistent suddenly stood out in stark relief, and areas within the soundstage that I thought were barren suddenly had musical life. Never had I heard that much in all my recordings before from any other DAC or CD player.

And just as the IMAX's visual image is inherently bigger, so too is the DAC2X's sonic image -- the MA-1's soundstage was wide and deep in my room, but the DAC2X's was about 20% wider and deeper and with even stronger image specificity. Considering how much I thought of the MA-1's soundstaging and imaging capabilities before (a lot!), that says plenty for what the DAC2X achieves in those areas. 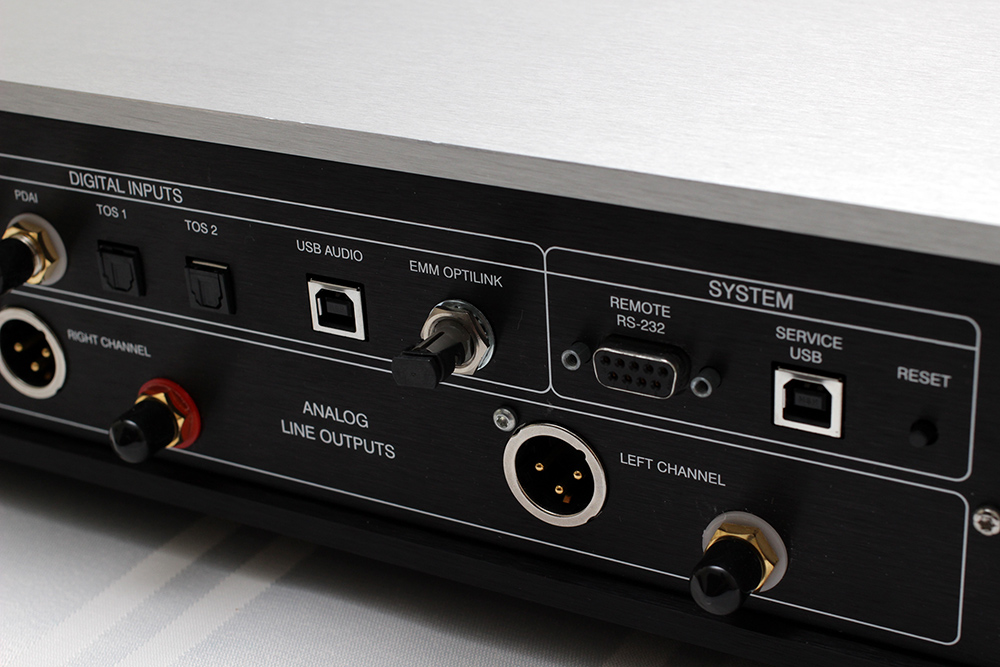 Finally, listening to the DAC2X also resulted in something strange happening that I can't explain, but is worth mentioning here. Until it arrived here, I had been considering getting a better turntable and diving deeper back into LPs, not because it's the cool thing to do, but because there's something I like about the sound -- that big, smooth, rich sound that digital usually lacks, even if there are many other areas where analog falls short. That idea didn't disappear when the MA-1 came around, because as good as it sounded in my room, there was this niggling suspicion in the back of my mind that the sound I was hearing still wasn't as smooth and full and as easy on the ears as the best analog I've heard; in fact, I was shopping for turntables the entire time it was here. But after about a week of listening to the DAC2X, any thoughts of wanting or needing a new turntable vanished because it provided the kind of full, rich, and easy-on-the-ears sound I wanted from analog, plus there was resolution that no analog-based system I've heard has matched. As a result, I now have no inclination whatsoever to pull out records again, let alone get a new turntable. Now that shocked me.

The $7000 an MA-1 costs buys one of the best DACs currently out there, so I think just as highly of it as I did before. If that's what you can afford, you won't go wrong buying it. It's what I'd get today if I were spending that much money. The $15,500 for a DAC2X, mind you, is in a different league because all of those little sonic differences between it and the MA-1 add up to something quite a bit bigger. All told, the DAC2X isn't simply one of the best DACs on the market today -- I wouldn't be at all surprised if it is the best there is.