Vivid Audio has a new loudspeaker coming -- the S12. It’s part of the Kaya range, and it’s the brand’s smallest and most affordable loudspeaker yet. I covered the S12 when Vivid presented it at the recent Audio Video Show in Warsaw, Poland, and it was shown again at the Tokyo International Audio Show (TIAS).

When designer Laurence Dickie showed the S12 to me in Tokyo and I asked to take a picture of him with it, he immediately held it up and cuddled it. I understand why. Small, smooth, and shapely, the S12 invites touching -- kind of like a pet. But you shouldn’t let its size and shape fool you into thinking it’s not serious -- the creation of the S12 was a rigorous engineering effort, both outside and inside, as Dickie was happy to discuss with me. 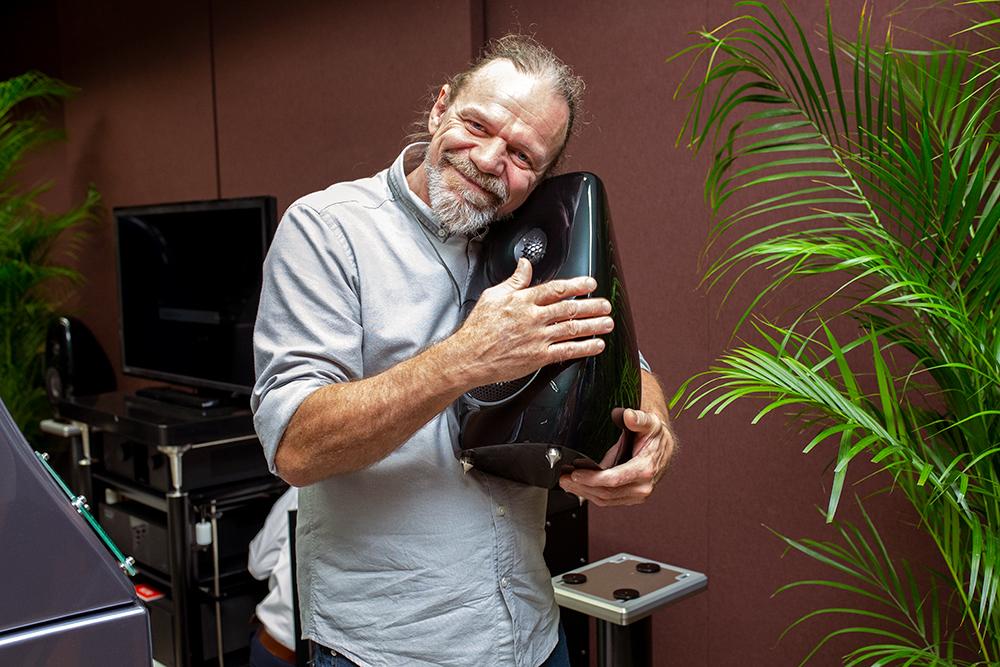 Dickie knows a lot about the outsides and insides of speakers. In the 1980s, when he worked at Bowers & Wilkins, he invented the Matrix enclosure, which comprised interleaved wood panels that filled almost the entire inside of a traditional rectilinear-shaped cabinet. This gave a Matrix-based cabinet solidity that other speakers couldn’t match back then. I know this because I once owned a pair of Matrix 1 stand-mounted speakers. Together with the Matrix 1 and 2 floorstanding speakers, the three were the first B&Ws to employ the Matrix, a technology B&W still uses today.

Several years later, Dickie created the Nautilus loudspeaker for B&W. It debuted in 1993, and it was so far ahead of its time that it is still in production today. With its wild shape and innovative fiberglass-based cabinet material, the Nautilus made everyone rethink what a loudspeaker enclosure should be made from, and how it should be shaped to provide its drivers an ideal wavelaunch. For the Nautilus, Dickie invented another Bowers & Wilkins technology: the tapered tube, which B&W still uses. Placed behind a driver, the tube absorbs and dissipates rearward-directed energy from the diaphragm, so that it doesn’t bounce around inside the enclosure and then come back to interfere with the diaphram as it’s trying to radiate forward.

The thing about Dickie’s technologies is that they work -- you can hear and measure their results, and they stand the test of time. With Vivid Audio, which Dickie founded with Philip Guttentag in 2004, he again challenged the world with cabinet shapes unlike any ever seen before. At Vivid, Dickie continues to apply his past technological innovations, and as the new Kaya S12 proves, he’s still inventing new ones. 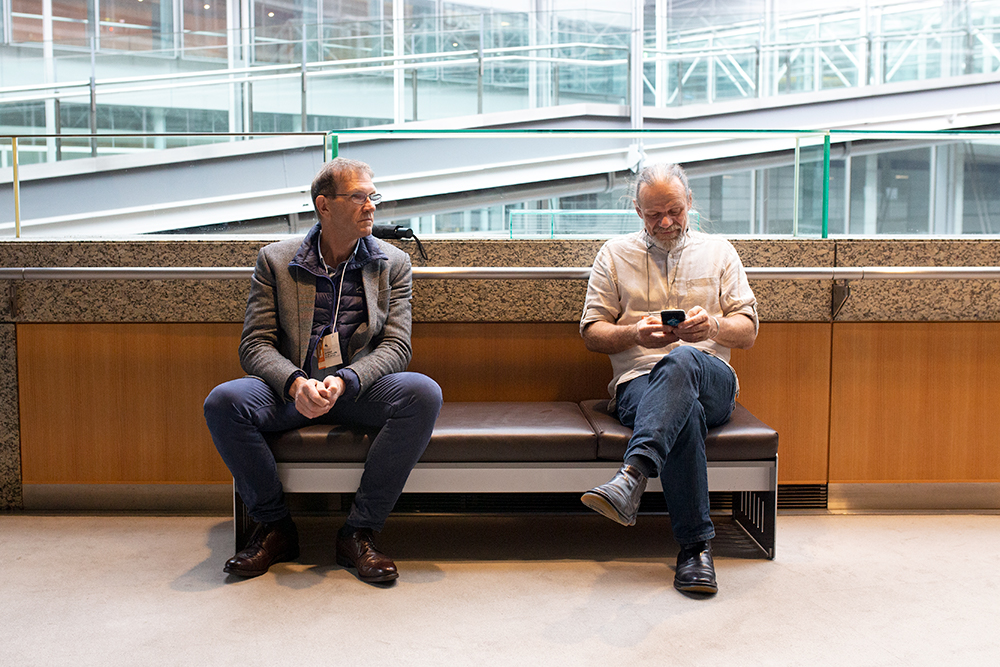 Because of the S12’s small size (12 refers to the cabinet’s volume in liters), it was pretty easy for Dickie to design a shape that, outwardly, wouldn’t interfere with the wavelaunches from its two drivers. Just look at the pictures and you’ll immediately see that the S12 is so curved and so smooth, there’s no way for soundwaves from its two drivers to ricochet off any surfaces or edges the way they can with traditional box-type enclosures, or with designs with obstructions such as bolts or other abrupt transitions. It also wasn’t difficult for Dickie to implement a tapered tube behind the tweeter -- it’s tucked in there, right inside the cabinet.

For the S12’s midrange-woofer, however, there was a problem. “The up and down modes of the cabinet were sufficient enough to cause resonances,” said Dickie, who then went on to explain that “the shape of the cabinet itself with just some damping wasn’t enough.” But the big problem was that the S12’s cabinet was too small to accommodate one of Dickie’s tapered tubes behind the midrange-woofer.

To overcome the problem, Dickie first implemented a tall cavity toward the back of the inside of the S12 to act as an absorber, as he had with the floorstanding Kaya 45. That didn’t work, because the S12’s cabinet ended up being too short, so the frequencies he needed to absorb “couldn’t make it around the hairpin corner into the absorber.” 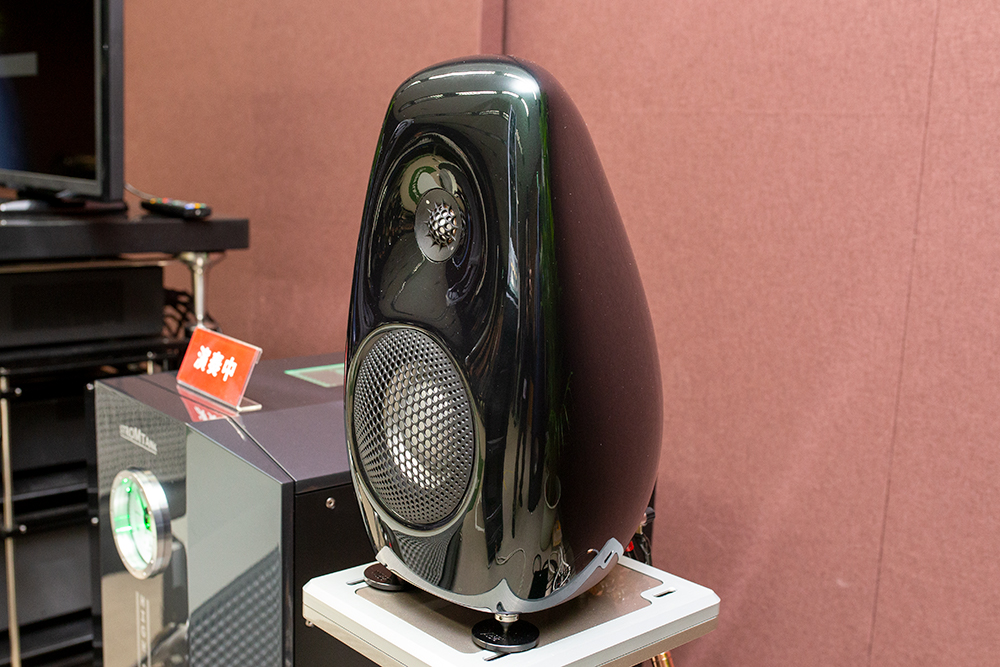 From this experiment, Dickie also learned that the vertical modes weren’t the only problem -- the lateral modes were an issue as well. That’s because the S12 is a two-way, not a three-way like the Kaya 45, and the midrange-woofer is crossed over to the tweeter at 3000Hz. (With the three-way Kaya 45, there’s a discrete midrange driver, to which a tapered tube has been applied in order to absorb those rearward middle frequencies.) Dickie was stuck, which surprised him, because he thought that “making a small two-way would be easy.”

For most problems, however, there’s a solution -- and Dickie’s solution was to create an absorber that worked in all directions, so that both the vertical and horizontal modes would be addressed, leaving the inside of the enclosure free of resonances, as with his other speakers. To create this ingenious absorber, which Vivid is now calling an “omni absorber,” Dickie designed a curved sub-wall placed toward the rear of the S12’s enclosure. If you look closely at the photo below, which shows a CAD drawing on Guttentag’s phone, you’ll see how this creates small cavities all around the absorber, into which the frequencies that need to be damped can flow -- and disappear. 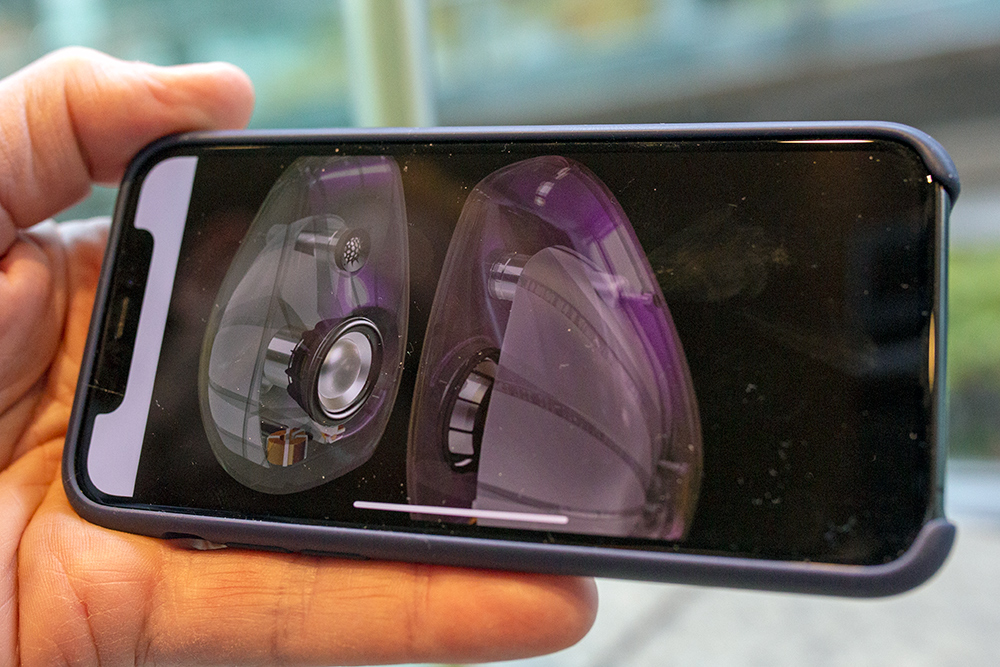 The complexity of the S12’s interior surprised me -- it showed me that just as much thought had gone into what you see (the outside) as what you don’t see (the inside). Few people think about the latter -- out of sight, out of mind. But what you don’t see can have a tremendous effect on what you hear, so it’s worth thinking about.

Technically, the S12 is now complete, but there’s another issue that Dickie and Guttentag have to confront -- the price it will sell for when it’s released next year. When I reported on the S12 from Warsaw, I wrote that “the company hopes that the S12 will be priced at about €5000 per pair when it’s released.” In Tokyo, I learned that this figure might’ve been wishful thinking. What’s happened is that the effort Dickie put into getting the cabinet just right has resulted in the S12 being pretty complex to manufacture, and has also led to tooling costs that are higher than those Vivid has encountered with its other speakers, including the flagship Giya models. As a result, the S12 might be, as Guttentag flatly told me, “Vivid’s least-profitable speaker yet.”

Even so, Dickie and Guttentag are adamant that the S12 will be manufactured, so that people can hear how good a stand-mounted two-way from Vivid can be. Why they feel this way has to do with what Dickie experienced when he completed the design. “I thought it would be lacking many things,” he said, “but when I listened, I found that it sounded a lot like our Giya G1, just with less bass.” 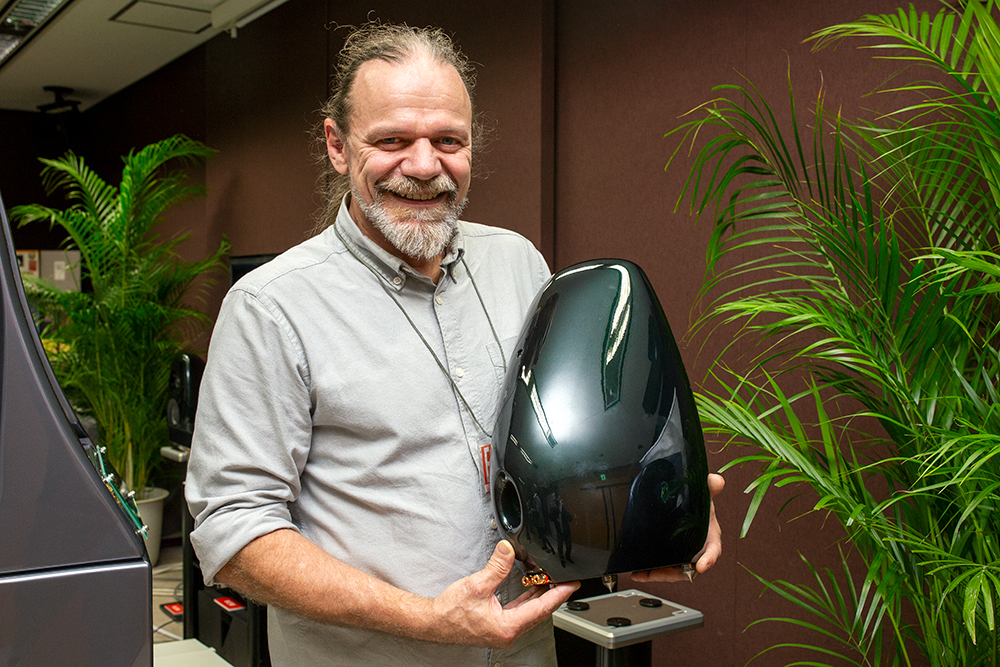 If that’s true, you can sign me up for the S12 when it comes out in 2020, even if it costs more than first quoted. I think many others will be signing up too. Considering Laurence Dickie’s history of cooking up new technologies and creating loudspeakers that pass the test of time, with the upcoming Kaya S12, he might redefine how we think about two-way, stand-mounted loudspeaker design -- outside and inside.