Monitor Audio: "Made in China" Can Actually Be a Good Thing

As alluded to in the prior article, Monitor Audio made the manufacturing move to China in 2004, and the company has not looked back. While labor costs went down, at least preliminarily, and production numbers went through the roof, Monitor has grown ninefold since the early 2000s -- but improving the quality of their final product was always the endgame. At first they battled uphill against the prevailing sentiment about having products being "Made in China." But all it took was demonstrating their first Chinese-made products, the Silver RS line, to distributors and dealers for that to all but disappear. The reaction that Dean Hartley (shown below) recalled was "Really? Made in China? Wow." 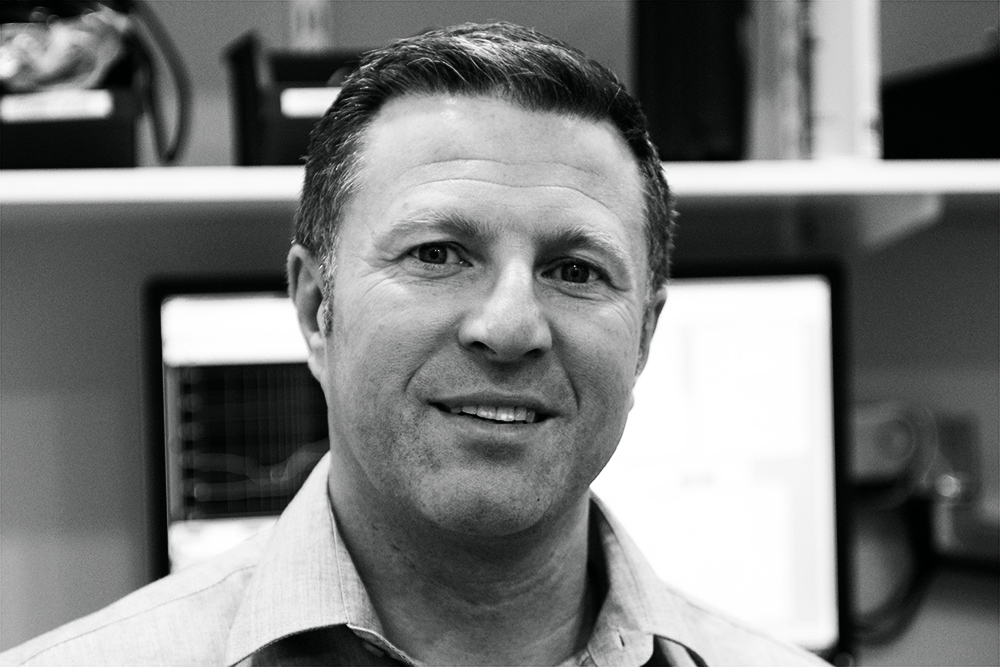 Part of this was due to the socioeconomic shift in China itself that was occurring in Monitor's first years there. There was a growing Chinese middle class, with a pressure to develop natural, organic growth. According to Dean, "This was down to individual workers saying, 'I don't want to be a migrant worker; I want to work in a factory. I want to move out of the local dormitories. I want to live in a flat and build a life.’” Consequently, workers were earning more money as they became more skilled, so the country has become significantly more mechanized. A robot sprayer, for instance, is going to be more accurate, and won't need breaks, healthcare, or time off. When I asked about the division of labor between machines and workers, Dean said, "Oh, there is still skill there. Matching up veneers and finishing takes skill. It's also about process improvement and maximizing efficiency." 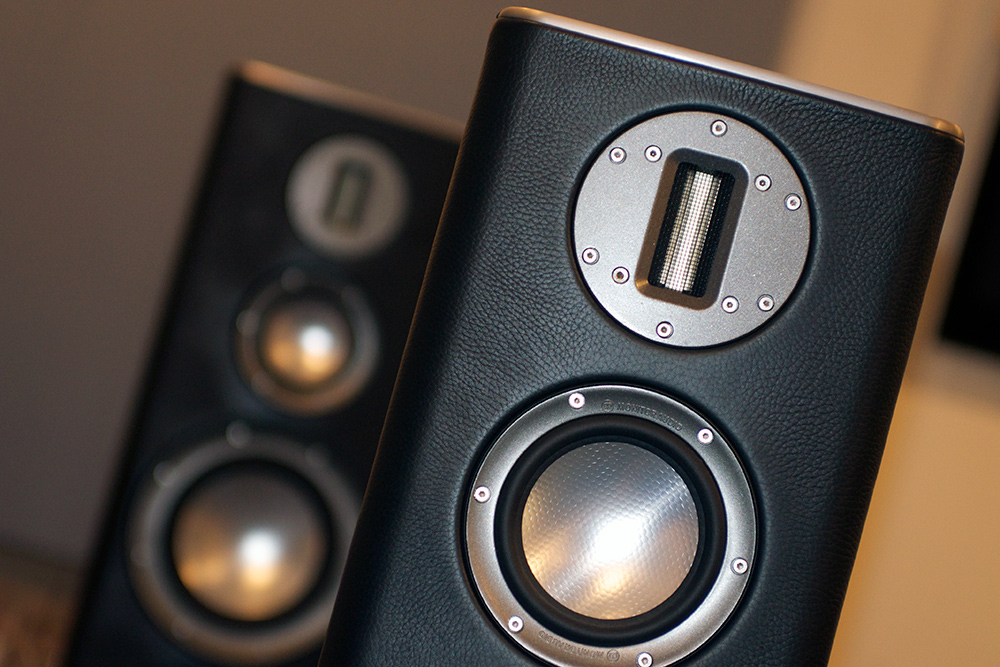 Interestingly, as the build quality of their products evolved subsequent to the China move, the brand began attracting interest from new areas of the world, such as France and Italy, whose dealers were notoriously discerning on the aesthetic front. What changed was, in large part, the more sophisticated manufacturing equipment and processes that were now at Monitor's disposal. According to Alex Brady, Monitor's sales and marketing director, "We started to use more exotic veneers; we started to bring down the cost of piano lacquer finishing, which is very labor intensive; we brought in a tweeter from a higher range -- that sort of thing." The Japanese market is the biggest for Monitor's Platinum line. "In many ways, Platinum was the point of break out, as people's expectations were superseded by what was in front of them -- undeniable quality," Alex said.

And once you see the company's newest line of loudspeakers in person, it's a difficult proposition to argue with. Consider the company's Silver 6 model, which sells in the United States for $1500 per pair. It's currently Monitor's most popular offering, and Philip Beaudett reviewed it in SoundStage! Access last August. The Silver 6 is a 37"-tall, two-and-a-half-way design that features the best dome tweeter the company has ever developed, their patented C-CAM woofer technology in a 6" midrange-bass driver, and a dedicated 6" bass driver, all housed in a solid cabinet with a real-wood veneer. There are no externally visible mounting bolts or screws for the drivers, every single one of which, by the way, Monitor designs and builds from the ground up. Further, the attention to detail is phenomenal for such a model, with magnetic grilles so there are no unsightly mounting holes on the front baffle, 6" drivers dimpled in such a fashion that it purportedly makes the cone stiffer, and contoured ports to reduce the noise of outward air pressure. That $1500 for a pair of loudspeakers buys you one hell of a lot more performance than it did even ten years ago. 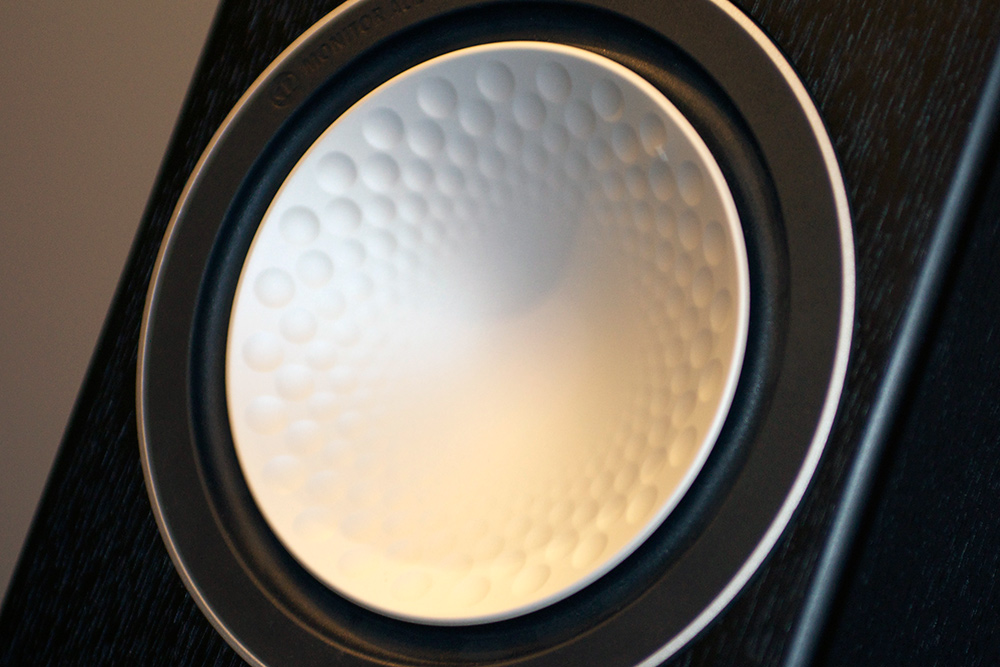 "There will always be the folks on forums who poo-poo manufacturers such as Monitor who produce their goods in China, almost as if saying 'I'd pay double if it were made in the UK.' Would you? Honestly," Dean said. He paused and then added, "I beg to differ. We have a speaker at £200 that was £200 20 years ago, and it's the same substance!” This, I suspect, is part of the reason why Monitor has enjoyed such tremendous growth in the past decade. The firm has a distinctly English bent to it, a utilitarian yet gentlemanly quality to the manner in which it approaches its trade. Their products are modest in both appearance and price, something that greatly belies the amount of underlying performance. And it's in that last bit where the move to China has proven so beneficial. Apropos of this was the final inquiry I posed to Dean: "Short of being able to say 'Made in the UK,' was there anything lost in the transition to China?" Dean ruminated for a few moments. He looked primed to say something, but he ultimately came up short with a look of defeat. "If there is, I can't think of it."