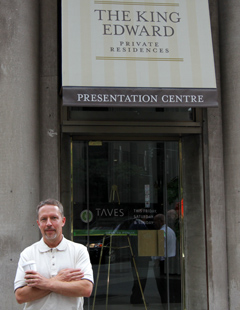 I'll tell you this straight up: I thought this show would be crap. As a result, I didn't know if we'd actually do a show report on it. I decided to first drive to Toronto and then make a decision about whether the show was worth covering based on what I saw in the first hour or so.

There were a number of reasons I thought coverage wouldn't be worthwhile. One reason had to do with the location: Le Méridien King Edward hotel in downtown Toronto. Toronto is Canada's largest, busiest city, and traffic is awful, particularly in and around the downtown core, and the King Edward is nestled deep in the financial district with only very expensive parking around it. Getting there is tough by car, and parking for just six hours cost me $32 -- that's like being in New York City.

But heavy traffic wasn't the main concern. Most of my apprehension had to do with previous Toronto-based shows. I don't know how long it's been since the last one -- eight or ten years maybe -- but all that any of us can remember about those shows is how bad they were. The show hotels were lousy, the attendance was awful, and the overall organization was terrible. Almost everyone who went wished they'd stayed home after they got there.

That changed in 2011 with the debut of TAVES, which stands for Toronto Audio Video Entertainment Show. This is the first time ever for this show, and the organizers had nothing to do with any of the previous Toronto shows, thankfully. It's a collaborative effort between the folks at Canada Hi-Fi, a free Canadian-based audio/video publication distributed primarily through retailers, and Michel Plante, the man who revitalized the Salon Son & Image show that's held in Montreal each spring. These guys know how to do it up right.

The King Edward is a historic, luxury hotel that, despite being very old, has spacious, well-appointed rooms well suited for this kind of event. What's more, far more companies turned up than I expected, including some of the big names in the high-end business right now, such as Paradigm and Bryston. The result is a first-rate, professionally run show that's well worth covering despite the tough traffic and expensive parking rates, and that's why you're seeing a report here. 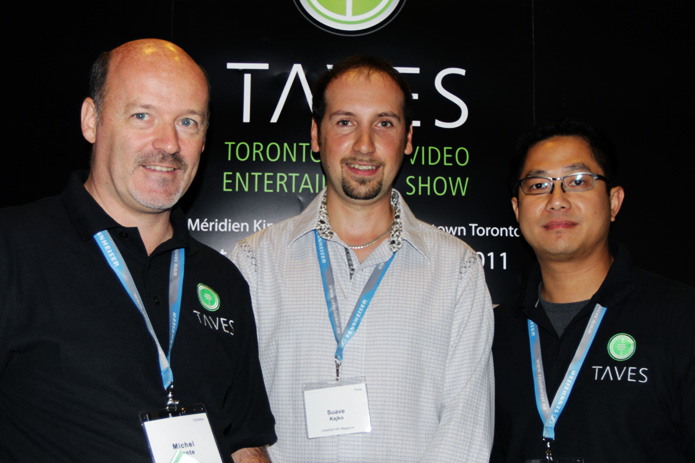 But this report will be different from most of our previous reports, which focus on product debuts. The reason is that, despite a large number of exhibitors, there just weren't that many brand-new products at TAVES 2011. That's likely because the show is so new and the major companies introduced their newest products at CEDIA Expo, which was held at the beginning of September in Indianapolis, while others are probably waiting for the Rocky Mountain Audio Fest (RMAF) in Denver in a couple weeks, or perhaps even CES in Las Vegas in January. CEDIA Expo, RMAF, and CES are better-known, well-established shows, which is what you want for product debuts. As a result, our report will comprise three main galleries: two detailing a room-by-room account of TAVES, with most of the photos showing the complete setups in many of the rooms, and another gallery focusing on the few product introductions that we saw. Yes, there were a few brand-new, interesting things at TAVES.

After experiencing TAVES 2011, I'll go out on a limb and make a prediction: if the organizers build on the success of this show in subsequent years, I think TAVES has the potential to become the most significant consumer-based audio/video event in North America, perhaps in as little as two or three years, and it will become a place where many companies, including the big ones, debut their latest and greatest. So next year we're bringing an entire team to TAVES! In the meantime, enjoy the galleries that showcase TAVES 2011, the start of something great.