That show conditions are not ideal for the reproduction of recorded sound is not in question. A hotel room is an unknown quantity, and I've seen exhibitors struggle for days to try and optimize the sound of their components. Add a crowd of audiophiles who -- in the best of times -- aren't exactly cognizant of their surroundings, and things can go from bad to worse. 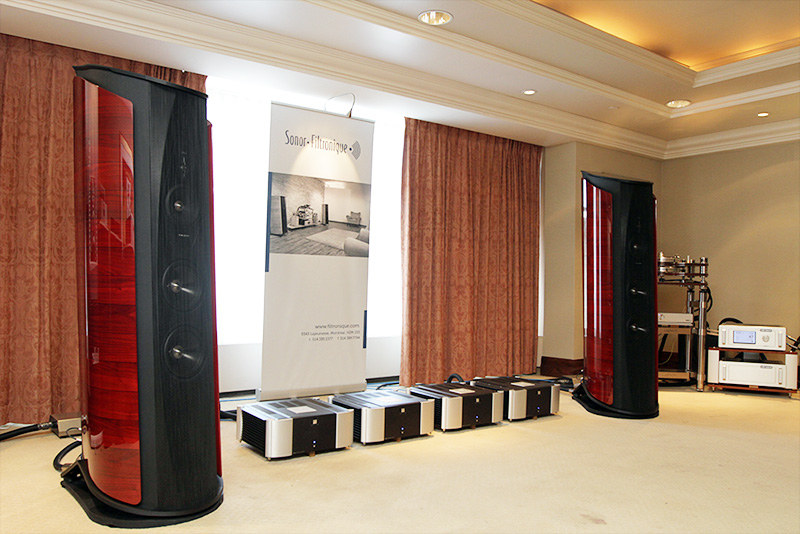 I really wanted to take a listen to the Sonus Faber Aida speakers ($120,000 USD), and I sat down in order to give it a try. Nobody was sitting on either side of me, but not because the room was empty. Far from it. There were about 12 people milling around and the sound level approached that of a busy pub. At one point there was a person standing directly in front of each speaker. Both of them were looking in at the drivers, with their backs to the room. I sat there patiently, more amused than annoyed, but I gave them stink eye when they each turned around and they quickly moved off.

The exercise was worth it. Fronting the big Sonus Fabers was the Kronos turntable, which is a big, complex, exquisitely machined product that features an utterly unique counter-rotating platter. The concept behind the counter-rotating platter is a sound one. The lower platter neutralizes the torsional forces that would otherwise be fed back into the chassis. 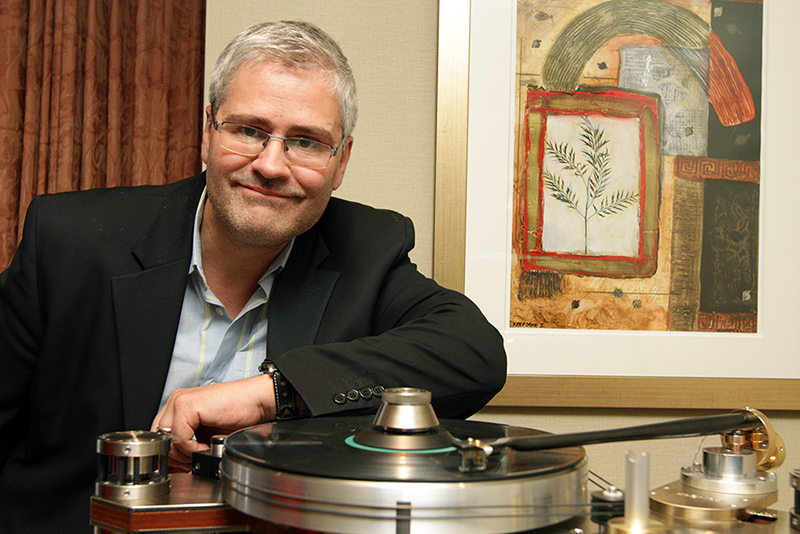 I chatted with the designer, Louis Desjardins, for a short while, and he offered to play Duke Ellington's Indigos, which is one of my favorite albums. Via this ambitious system I was easily able to discern the low noise floor of the 'table and the massive dynamic power of the Sonus Fabers, even over the high levels of ambient noise in the room. The Sonus Fabers are physically huge speakers, and they reproduce music in the way that only large speakers can -- they slam out effortless, soaring dynamic sound at very loud levels without sounding strained or abrasive.

The rest of the system consisted of an Audio Research Reference 10 preamplifier ($30,000 USD), and two pairs of Simaudio Moon Evolution 880M ($42,000 CAD per pair) mono amplifiers. AC cables were from Shunyata Research, and signal cables were by way of Siltech.

At $28,000 CAD, plus $10,000 for the optional stand, the Kronos turntable isn't cheap, but considering the quality of the machining, the forward-thinking design and the overall elegance of the execution, it's not overly expensive either. According to Desjardins, there's a price increase coming down the pipe, so you better get yours soon.