Here’s the second part of my coverage of the new speakers introduced (or demoed for the first time in the U.S.) at the Rocky Mountain Audio Fest, which took place last weekend at the Denver Tech Center Marriott in Denver, Colorado. All prices in USD. To see the first part, click here.

There’s one missing that I wanted to include but forgot to photograph: DeVore Fidelity’s new Gibbon Super Nine, a speaker designed to deliver most of the quality of the company’s $15,890/pr. Gibbon X in a smaller, less-expensive package. Estimated price is $10,800/pr. 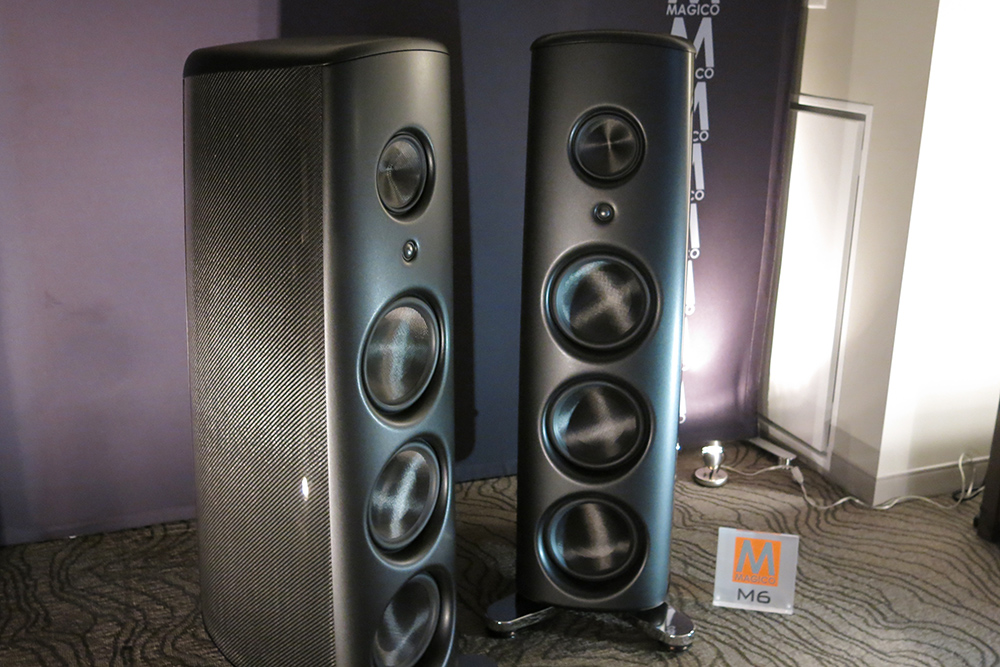 Magico speakers have always ranked among the most expensive and extravagant one can buy, but the new M6 ($172,000/pr.) makes the rest of them seem rather ordinary. The carbon fiber seen on the sides is not for decoration -- it’s actually a six-sided monocoque enclosure that’s carbon through and through. The front baffle, as on other Magicos, is made from aluminum, but it’s a sandwich of two aluminum castings separated by a layer of vibration-damping elastomeric material. The 28mm tweeter has a diamond-coated beryllium dome. The 6" midrange and three 10.5" woofers have carbon-fiber cones coated in a one-molecule-thick layer of graphene; the company says the graphene coating allows the cones to be 30 percent lighter (because they can be made thinner) but 300 percent stiffer. Each M6 weighs about 400 pounds. Unfortunately the pair of M6s at RMAF were on static display, so I couldn’t hear them. 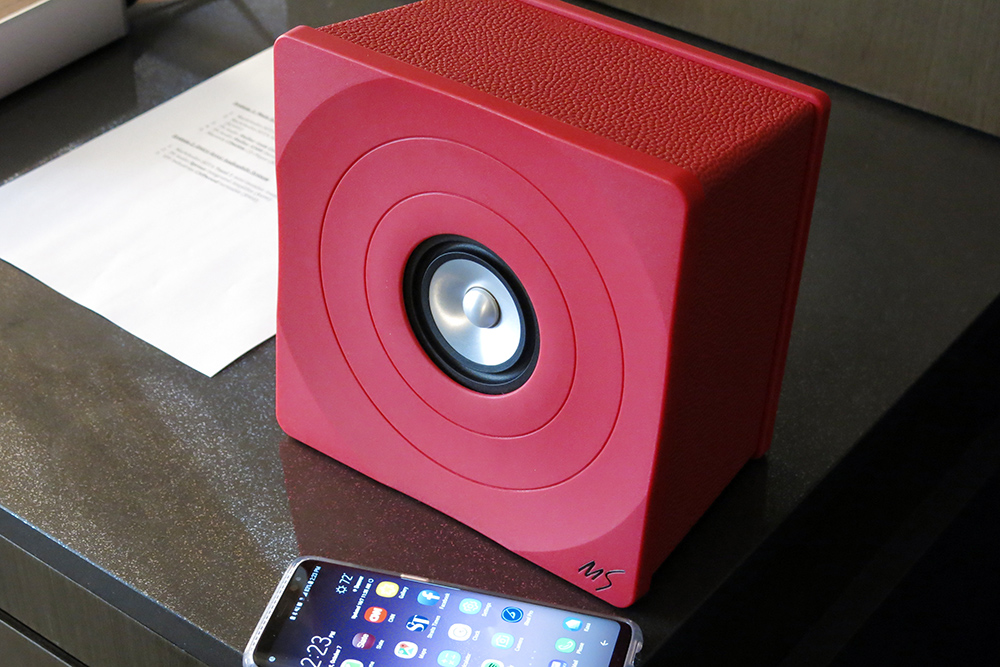 Markaudio-Sota’s adorable Tozzi One ($445/pr.) uses what’s essentially the 5cm midrange-tweeter driver from the company’s Viotti One two-way speaker. It’s intended for small desktop systems. The Tozzi Two ($1095/pr.) is similar, but uses a CNC-machined enclosure rather than the Tozzi One’s molded enclosure. 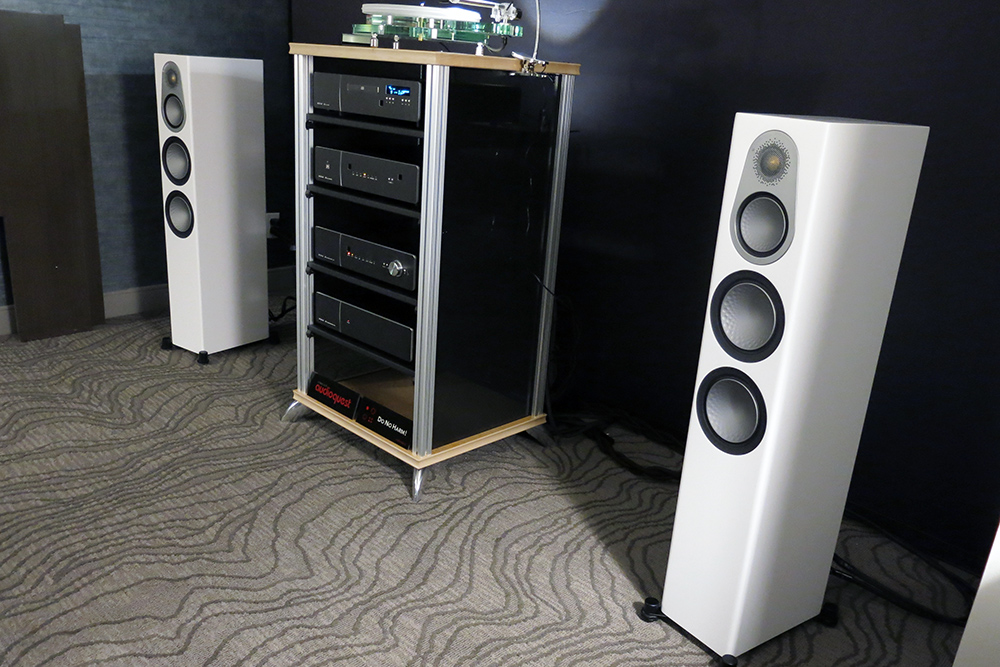 Monitor Audio conducted its first US demos of the new sixth-generation Silver-series speakers at RMAF, playing the Silver 300 ($2000/pr.), which has dual 6.5" woofers, a 4" midrange, and a 1" tweeter. The new Silver speakers have numerous small tweaks said to improve on the performance of the fifth-generation Silver line, most notably a new gold-dome tweeter made from Monitor’s proprietary C-CAM composite material. 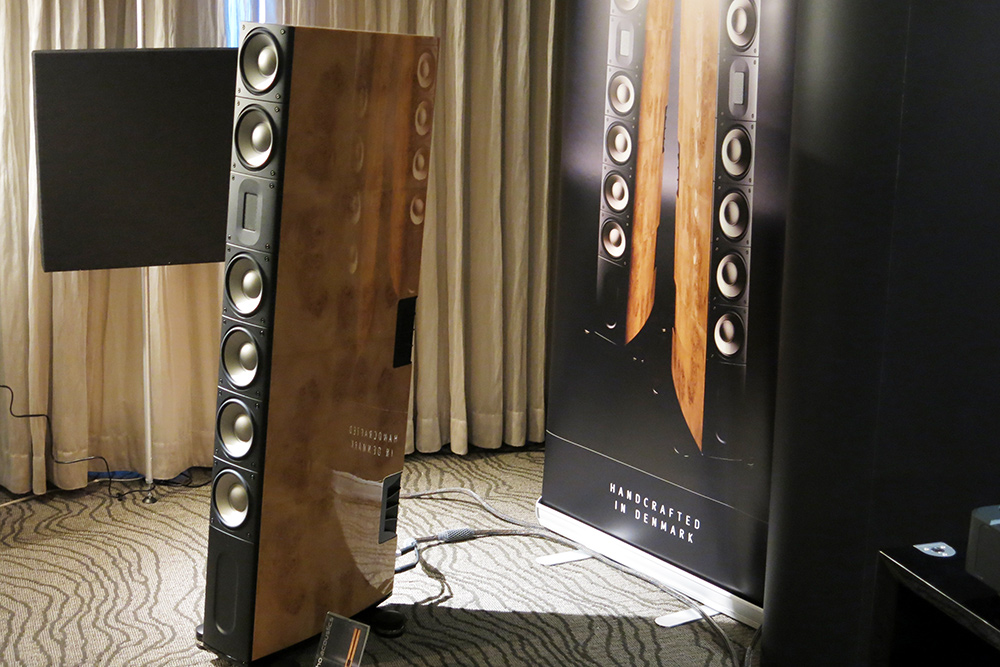 At an estimated price of $46,500/pr., Raidho’s XT-5 is the company’s new flagship speaker. Each one has a single ribbon tweeter (Raidho’s signature feature) with six 5.25" woofers. To keep port noise to a minimum, the ports terminate in vents that resemble the segmented horns found on classic Altec-Lansing theater speakers. Target ship date is mid-November. 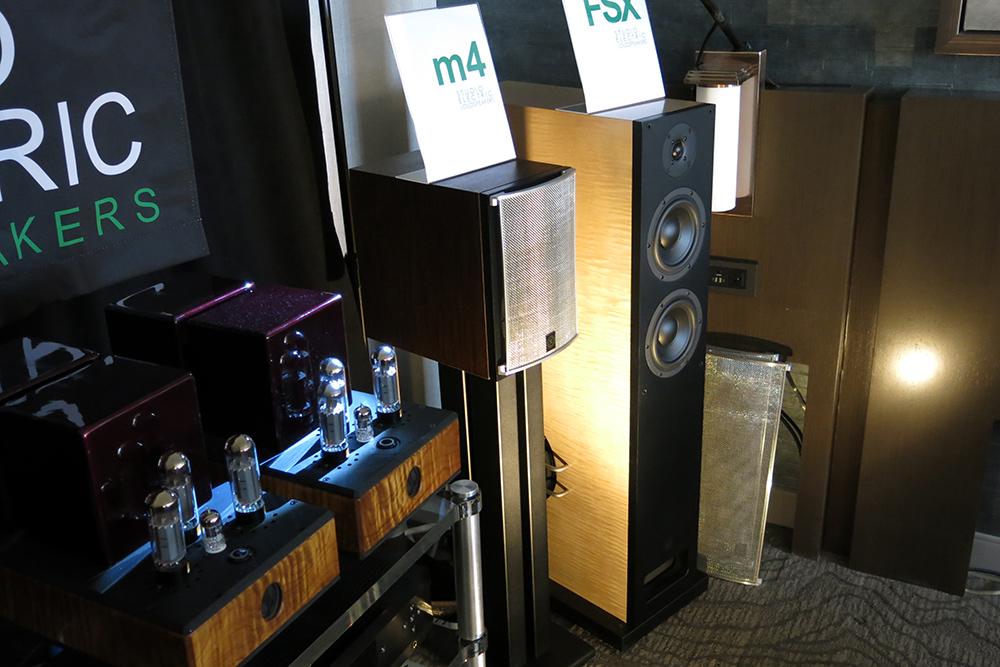 Studio Electric’s FSX ($9500 to $11,500/pr.) is an upgraded version of the FS1 ($5900/pr.) demonstrated at the 2017 Los Angeles Audio Show. There are a couple of major differences. One is the side-mounted passive radiator, which is actually a woofer that’s not wired up; as an option, you can wire it to a separate amp to create a biamped system. Also, while the FS1 is covered with an artificial veneer made from sustainable wood products, the FSX is covered in what company founder David Macpherson called “extremely unsustainable” fiddleback maple of the same sort used for violin backs.