The annual Rocky Mountain Audio Fest, which started on Friday at the Denver Marriott Tech Center hotel, also includes CanJam, which is probably the biggest headphone show for consumers in North America. This year, CanJam was big enough that it had to expand beyond the large hotel ballroom that usually hosts it into a lobby area outside.

On the first day of the show, I browsed through CanJam to see what new headphones were on display. Almost all of them were fairly high-end models, because this is a show for enthusiasts, not so much for the general public. I found quite a few headphones worth writing about, and I even noticed a new trend: interest seems to be surging in high-end closed-back models, new samples of which were on display at the Beyerdynamic, MrSpeakers, and Sennheiser stands.

Here are the headphones from CanJam that I found most interesting, as well as a couple of new headphone amps that caught my eye. All prices are in USD. 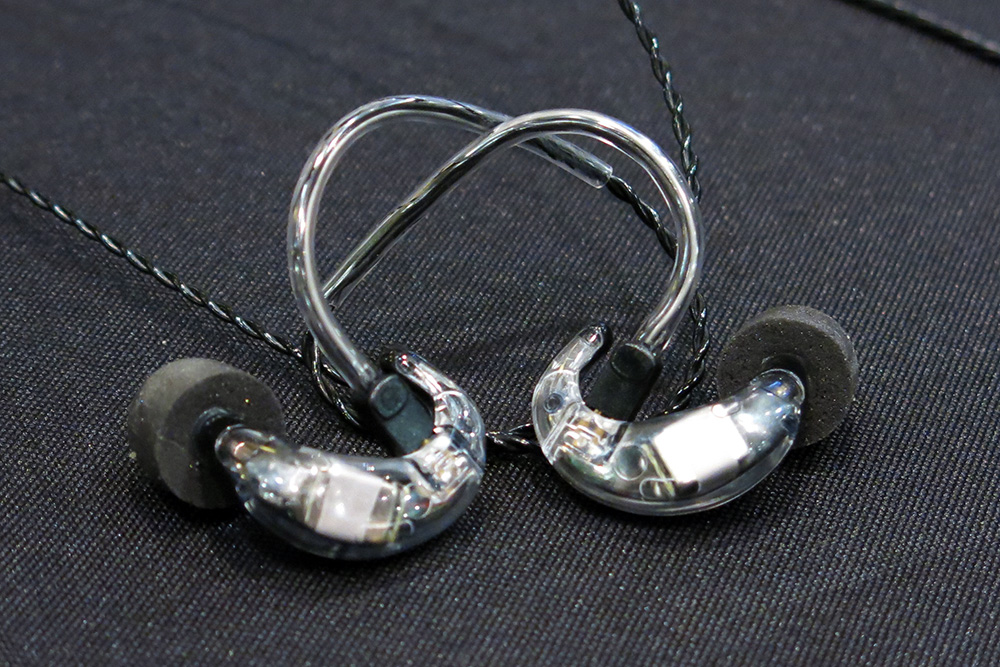 Alclair is a small, pro-oriented company that's slowly breaking into the consumer side of the biz. The $249 Curves shown here are universal-fit earphones with dual balanced-armature drivers that are a complete redesign of an older model. From the weird shape, you might guess that the fit is a little different, and it is. But after a minute of fussing I got used to it. The sound was generally neutral, uncolored, and very good for the price, with just a slight midrange emphasis that brought out the resonance and breath in saxophonist Jim Snidero's alto. 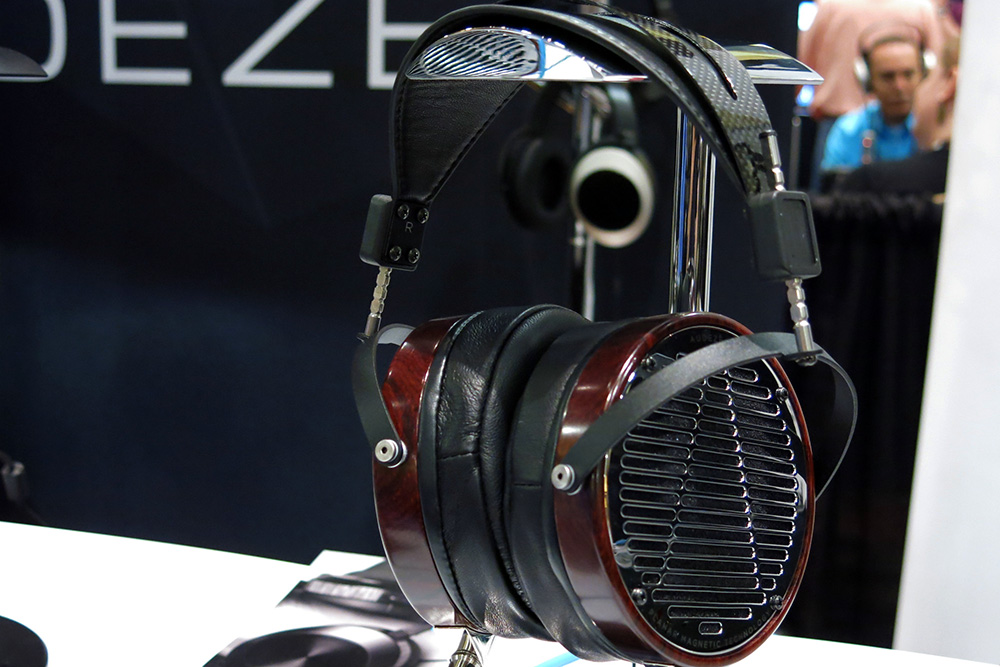 The biggest buzz of CanJam was around the Audeze LCD-4 headphones, the company's new open-back flagship priced at $3995. Besides the carbon-fiber headband, the big difference between the LCD-4 headphones and their predecessors is a radically redesigned driver. The 104mm planar-magnetic panel features a new, thinner diaphragm. A new Double Fluxor magnet arrangement replaces single-driver magnets with paired magnets positioned out of phase. According to Audeze, this focuses almost all of the magnets' flux in one direction, which gains back the efficiency lost with the thinner diaphragm. The company also showed a prototype of its new high-end amp, the King, designed by famed amp designer and audio writer Bascom King. The King will cost $3995 but is available for 30 days through Indiegogo for $2950. 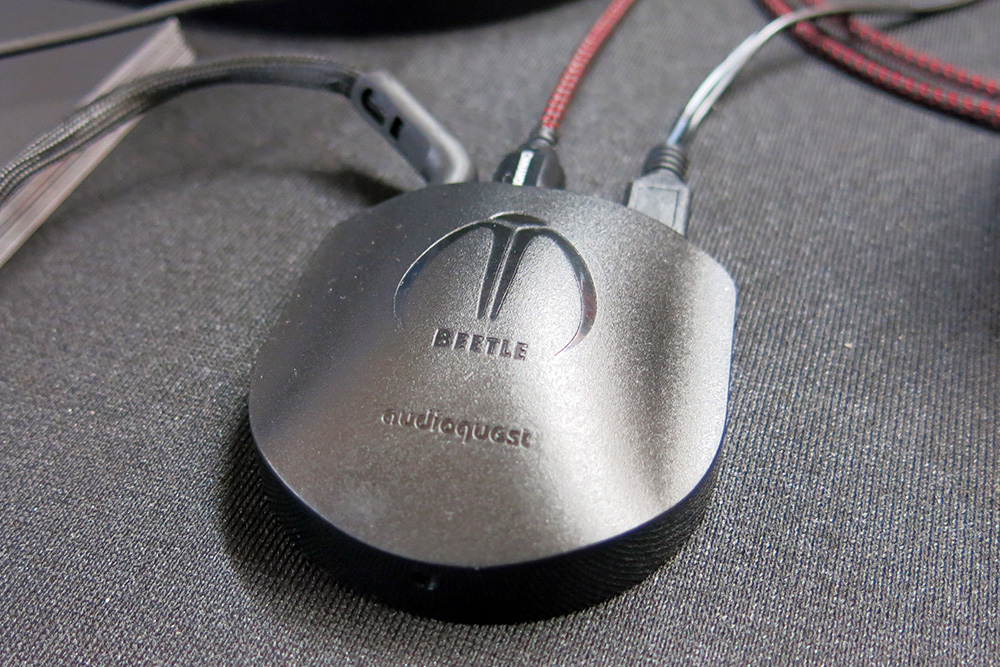 AudioQuest's Beetle expands on the capabilities of the company's popular DragonFly USB DAC-headphone amp. The company says its $199 Beetle is the first DAC that offers asynchronous Bluetooth operation -- i.e., the Bluetooth chip is clocked by the DAC, which should reduce jitter. The Beetle also includes USB and optical inputs. It gets its power either through a USB connection, or from the included, purpose-built analog linear power supply. That's the first time I've heard of a USB non-switching power supply. AudioQuest is shooting for delivery around the end of 2015. 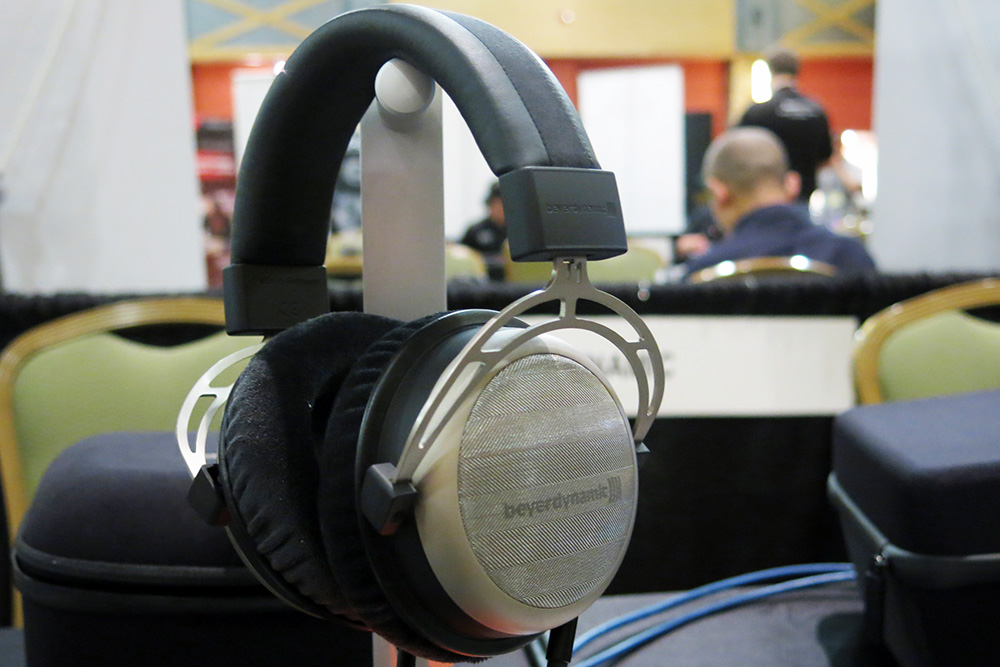 Beyerdynamic's T1 headphones have been a favorite of audiophiles, and now the T1s are getting a major update and a major price reduction. At $1099, the new T1 headphones are $400 less than the original T1s. The dynamic 600-ohm driver used has been redesigned for a little more bass and a warmer sound; I loved the bass definition I heard on Miles Davis's "Freedie the Freeloader." The new T1s also feature a more comfortable leather headband and detachable cables. The company also showed the DT 1770 headphones, a $599 closed-back design that uses a 250-ohm version of the Tesla driver used in the T1s. 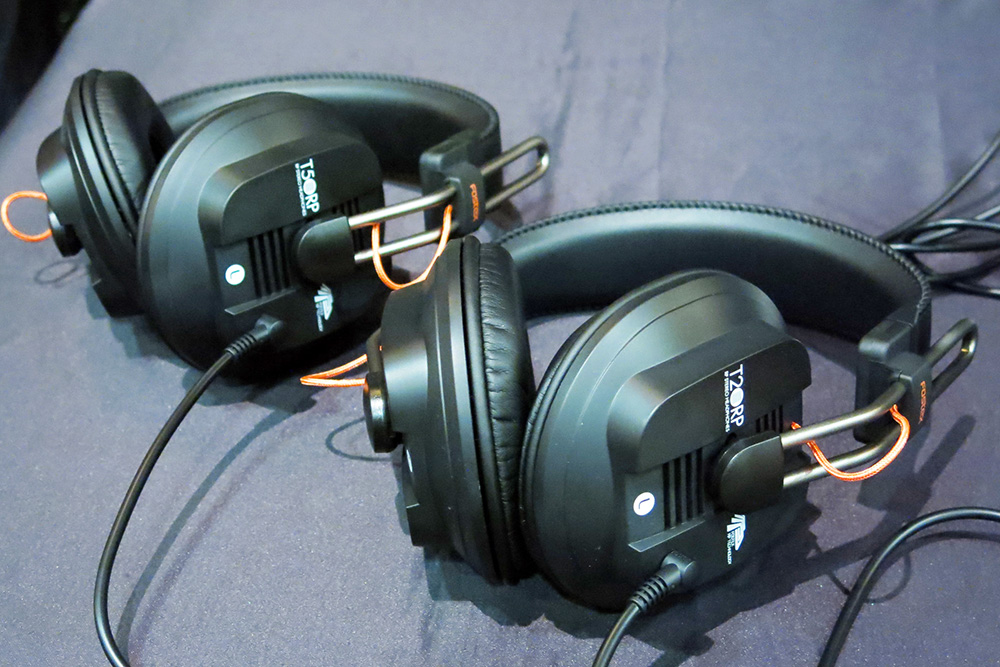 Fostex's professional headphones have long been popular with audiophiles because of their reasonable price and the neutral, spacious sound of their planar-magnetic drivers. The T50RP Mk3 and T20RP Mk3 headphones are updated versions of the company's semi-open and open-back (respectively) models, with a few tweaks to the sound and some subtle redesigns intended to improve comfort. I've already listened to both extensively, and feel they offer performance comparable to that of many $500 headphones for just a fraction of the price: only $159 for either model. 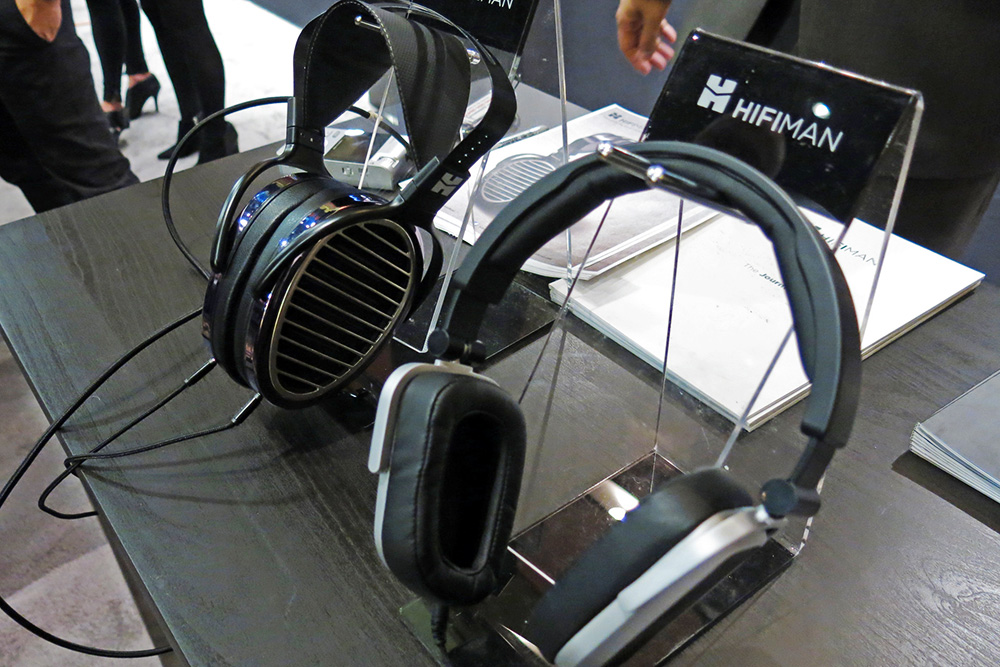 Fresh off the success of its HE1000 flagship headphones, HiFiMan got lots of attention at CanJam with two new models, the Edition X and Edition S. The former is a lower-priced, more efficient version of the HE1000s. The company says this new model is 20 percent lighter and has a sensitivity of 107dB, which is extremely high for planar-magnetic headphones, and in my brief listen it did seem to capture much of the HE1000s' magic. The latter is a unique open-back, dynamic-driver model that includes magnetically attached plates that convert it to closed back. Both are projected to ship in late 2015. Prices are not set, but expect something under $2000 for the Edition X and under $300 for the Edition S headphones. 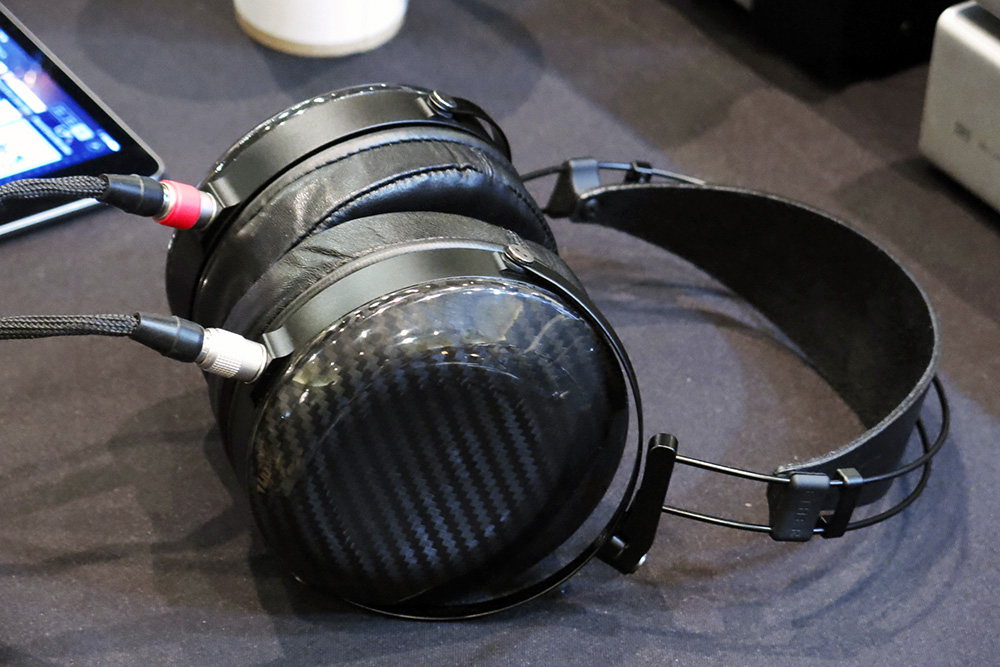 The Ether C is the second headphone model that San Diego-based MrSpeakers has designed from scratch. At $1499, it's one of the priciest closed-back models you can buy, but it sounds like it; I got much of the spaciousness of open-back models and none of the bass bump that almost all closed-back headphones present. It uses the same planar-magnetic driver as the original Ether. The metal and carbon-fiber construction make the Ether Cs almost shockingly light. 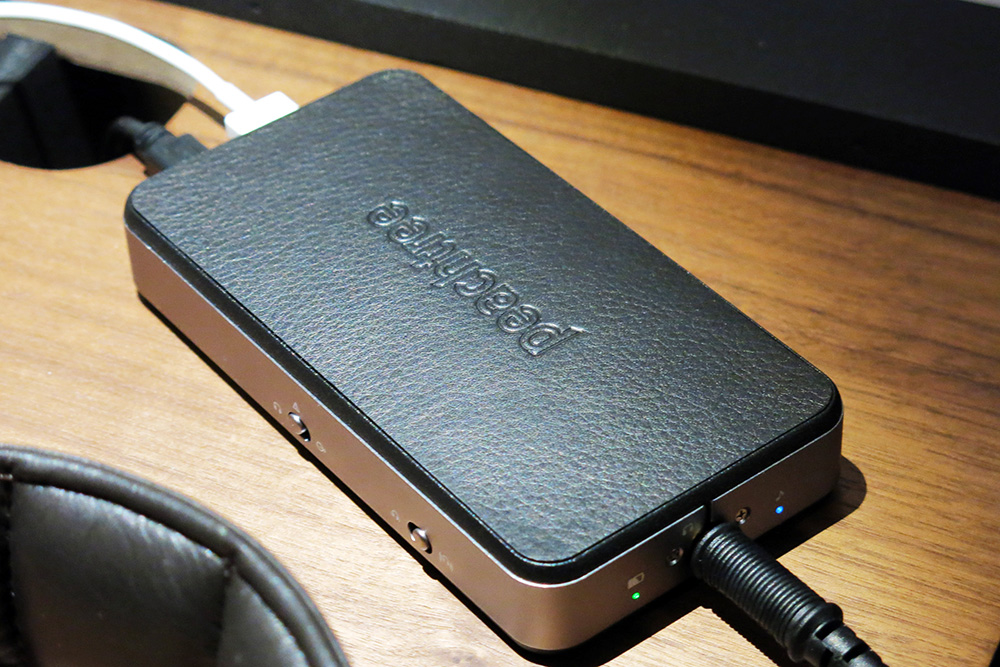 The new Shift DAC-headphone amp is Peachtree Audio's first foray into portable products. It has a USB input that, to my delight, is compatible with Android phones. It also has a big 4100mAH rechargeable battery that has enough juice to recharge your phone. Gain can be set for line out or for driving headphones. The DAC accommodates DSD signals up to 5.8MHz and PCM signals up to 32-bit/384kHz resolution. It comes with a leather case and all the cables you need. The Shift is priced at $299 through October, $349 after that. 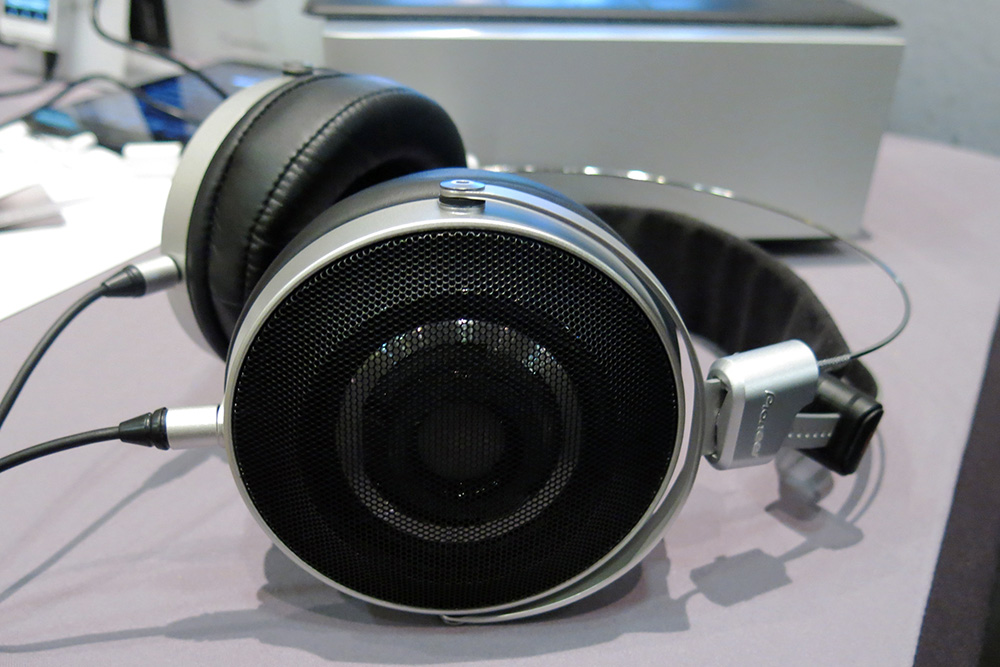 Pioneer's been, in my opinion, somewhat half-heartedly playing in the headphone business in the last few years, but with the $2500 SE-Master1 headphones it's stepping up its game. The SE-Master1s use dynamic drivers designed by TAD, Pioneer's high-end division. Each pair is hand-built (they're making about one pair per day), and includes two metal headphone tension bands to adjust the fit for smaller and larger heads. I thought the SE-Master1s had an enticing, warm, and especially spacious sound. Expect the SE-Master1s to arrive in North America in spring of 2016. 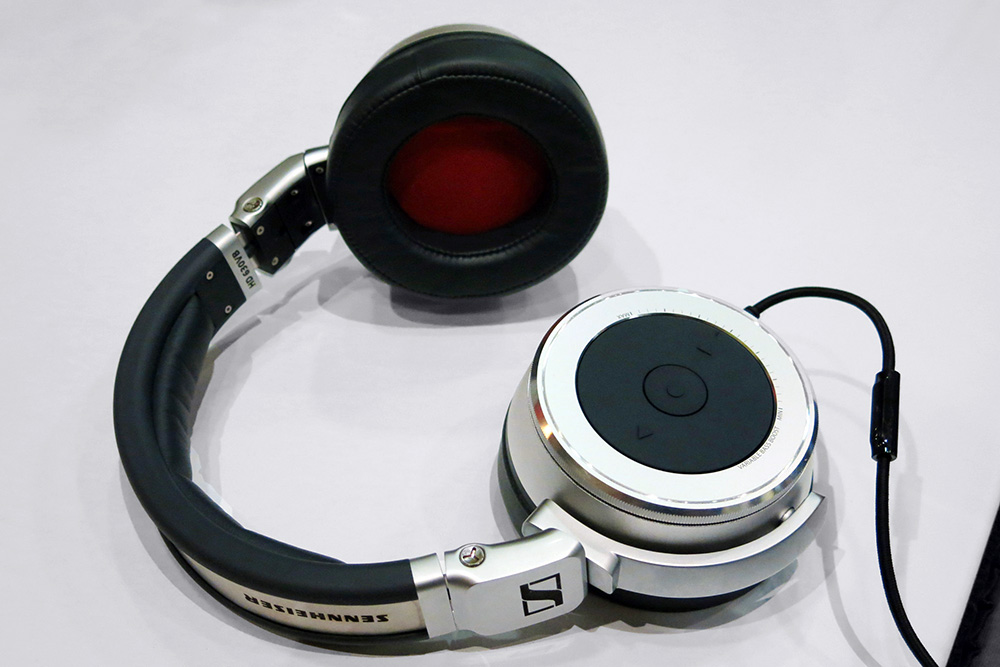 Sennheiser calls the $499 HD 630VBs its first closed-back audiophile headphone design. The HD 630VBs have two features I loved. First is a ring surrounding the right earpiece that boosts or cuts bass by 5dB below 50Hz; I enjoyed the way the ring made the sound easy to adjust, and that by confining the adjustment to low frequencies, Sennheiser made it pretty much impossible to badly mess up the sound. Second are controls on the right earpiece that let you adjust volume and play/pause on your smartphone, a feature made especially useful through a switch that sets the controls for use with an Apple iOS device or a Samsung Galaxy phone. (The Galaxy setting may work with other Android phones, but Sennheiser doesn't guarantee it.) 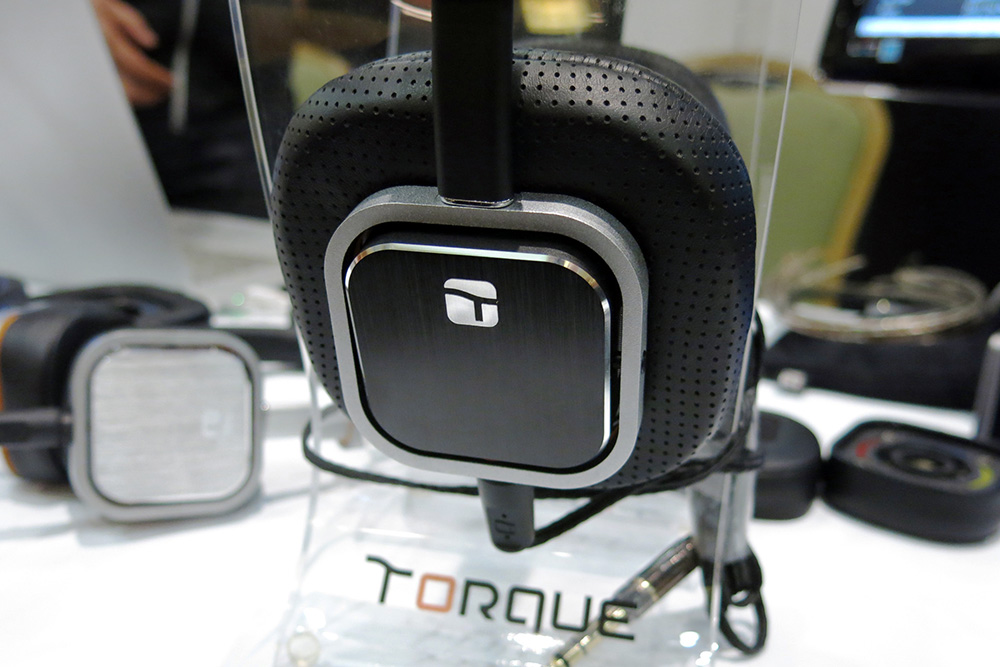 Torque Audio caught some attention with its t402v headphones, which come with earpads that can be turned four different ways to get four different sounds. Now the company is going after audiophiles with the t401pro headphones, which use the same internal parts and design but substitute a perforated earpad designed for a flatter response and a more open sound. They also have a heavier-gauge cable, but dispense with the t402v headphones' inline microphone/remote. Ship date is still uncertain, but the price should be about $350. Torque plans to offer the t401pro headphones' perforated earpads separately as an option for t402v owners. 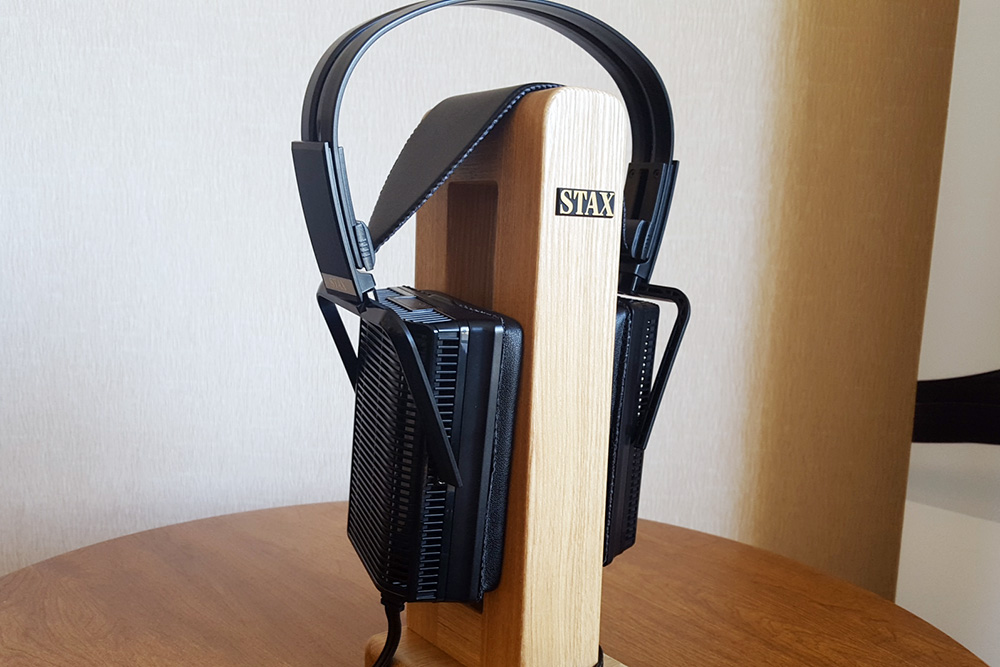 The SR-L700s are new, relatively low-priced electrostatic headphones from Stax. The design borrows the driver technology from the company's flagship SR-009s, which some consider to be the best headphones ever made. Projected price for the SR-L700 headphones is $1300 to $1500; a compatible amp will run you $800 to $2000.