When it comes to doing coverage at shows like this one, reporting on new products is our top priority. As a result, even though we do quite a bit of listening, it's not always in as many rooms, or for as long, as we'd like. So is there any way we can truly say which system provided the best sound at any given show? Probably not. Scratch that. Definitely not.

But there was one system that I will single out at this show as being the best I'd heard -- because it was. What's more, I listened to it three times simply because the sound was so enchanting and inviting -- I just had to do it even though I really didn't have the time. 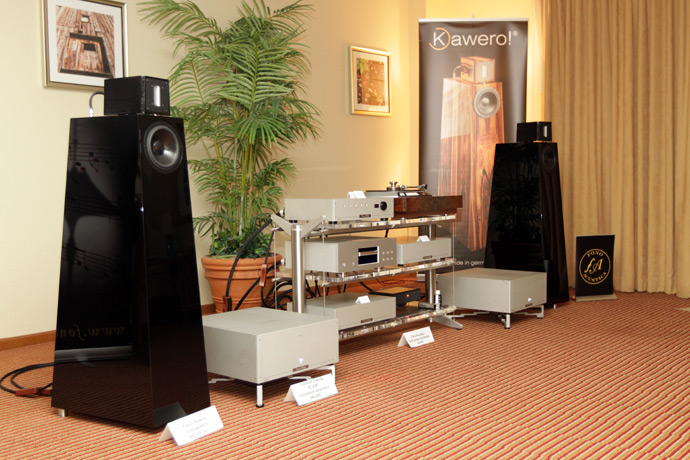 This system comprised components from three companies: Kaiser of Germany, Concert Fidelity of Japan, and Fono Acustica of Spain. Kaiser had the speakers: Kaweros, featuring a front-firing ribbon tweeter along with front- and rear-firing conventional drivers, all for $66,000 per pair. Concert Fidelity had most of the electronics: ZL-200 mono amps ($40,000 per pair), DAC-040 digital-to-analog converter ($10,000), and CF-080LSX2 preamplifier ($20,000). Concert's amps are pure solid-state, while the DAC and preamp use tubes and solid-state devices. Fono Acustica was in charge of power and cables. Unfortunately I didn't get the model names or prices of these cables or power products -- sorry Acustica. There was also an Esoteric digital player and a modified '70s-era Denon turntable, but those companies weren't formally part of this room.

The price of this system is insanely high, 150 grand or so, but the sound was incredibly good. In particular, the clarity was outstanding and the detail was staggering, yet the system sounded so smooth and inviting that I could have listened for hours. Instead, I listened in three short bursts, which I rarely, if ever, do. This system sounded glorious, and the components looked great to boot. 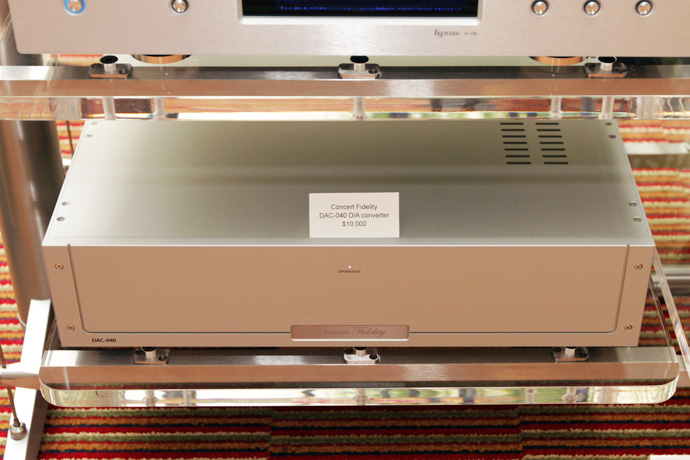 That point about the looks is doubly true for the Concert Fidelity gear. It looks beefy and masculine in a way that audiophiles tend to like, but it has clean lines and a crisp overall design that makes it look more elegant than most gear. What more could one ask for? A lower price perhaps. Still, I'd love to get this stuff in for review. 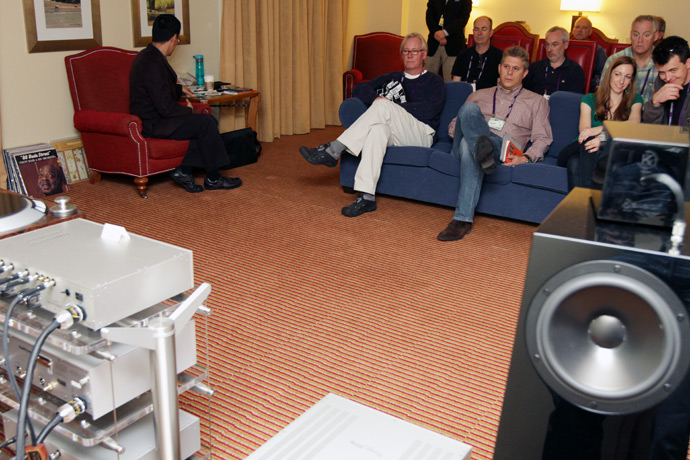 I couldn't hear everything at RMAF 2011, but of those systems that I did, this was the best. And based on the large number of people I consistently saw in this room each time I went back, I suspect that others who were in Denver for RMAF probably agreed with me.