When I first heard that two of Miles Davis’s classic albums, Kind of Blue and Sketches of Spain, were being remixed in Dolby Atmos, I feared the worst. As I headed into the packed demonstration room to listen to the remixes of these great albums, I had thoughts of Davis, Coltrane, Adderley, and others bouncing around above my head. 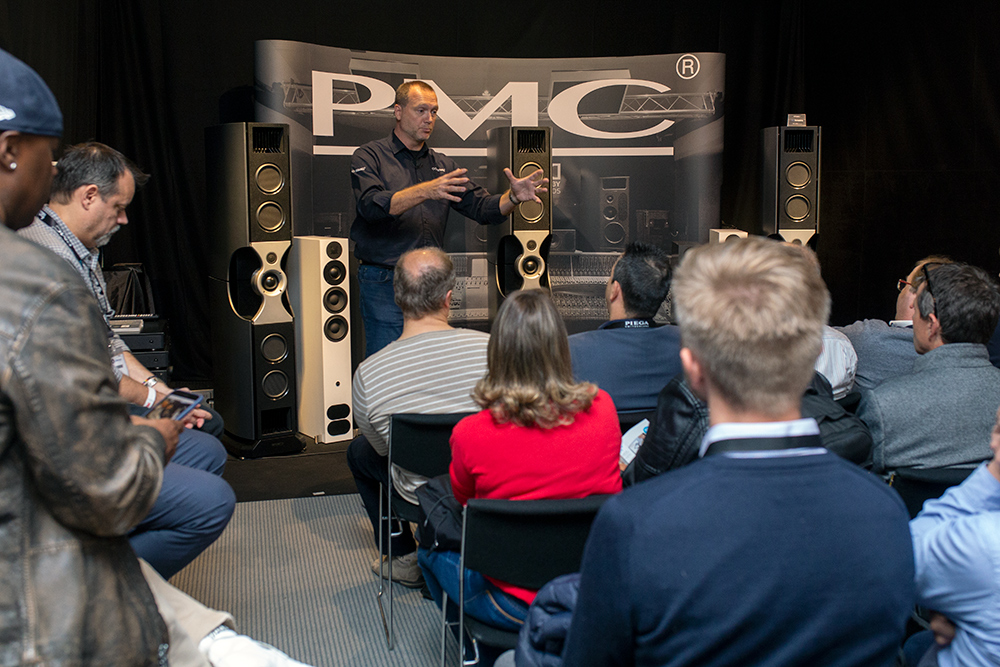 The albums were remixed by PMC, the loudspeaker manufacturer that provides professional monitors for many recording studios, including Capitol Studios in Los Angeles, where the remixing occurred. The original analog master tapes, which consist of three mono tracks, were obtained with the permission of the Davis family estate, including Erin Davis, Miles’s son, and Miles’s drummer and nephew, Vince Wilburn Jr., who were in attendance for the demonstration. From these masters, a new stereo mix was created, played back in the studio, and recorded using microphone placements mimicking a Dolby Atmos speaker configuration, but without any additional equalization, compression, or manipulation of any kind. 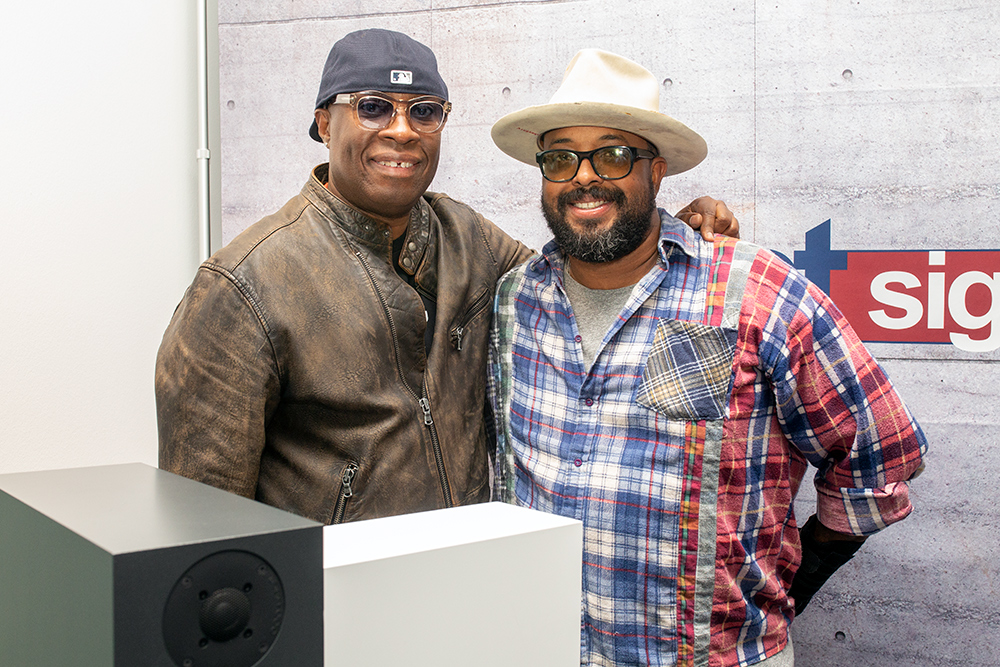 The playback chain in the demonstration room consisted of three of PMC’s top-of-the-line floorstanding Fenestria loudspeakers up front, in addition to 16 of the company’s on-wall Wafer 2 speakers used as surround, back, and height speakers --  so 19 speakers in total. On the electronics side were an Oppo Blu-ray player, Bryston SP4 surround processor, and other electronics on a rack, along with stacks of Bryston power amplifiers hidden behind curtains. 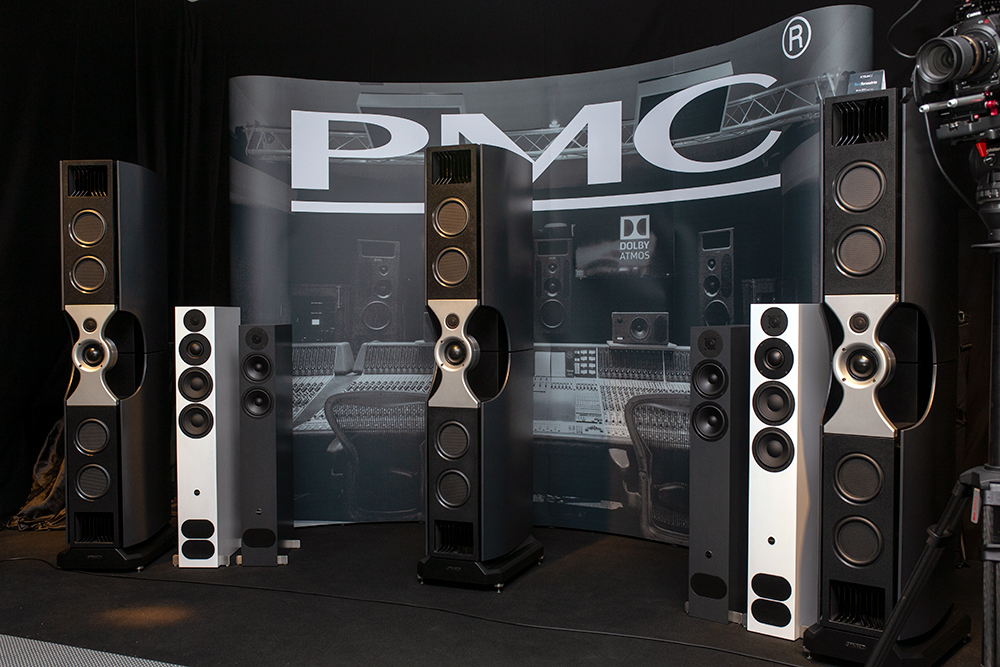 While the hundreds of thousands of dollars’ worth of audio equipment in the room was impressive, the demo was supposed to be more about the music. And the minimalist techniques that were used to create the Dolby Atmos tracks resulted in a recording that had stunning clarity, amazing depth, and huge breadth of soundstage, with a subtle yet effective surround ambience. Cuts from both Kind of Blue and Sketches of Spain imaged holographically at the front of the room and sounded as good as the best stereo recordings I have ever heard. 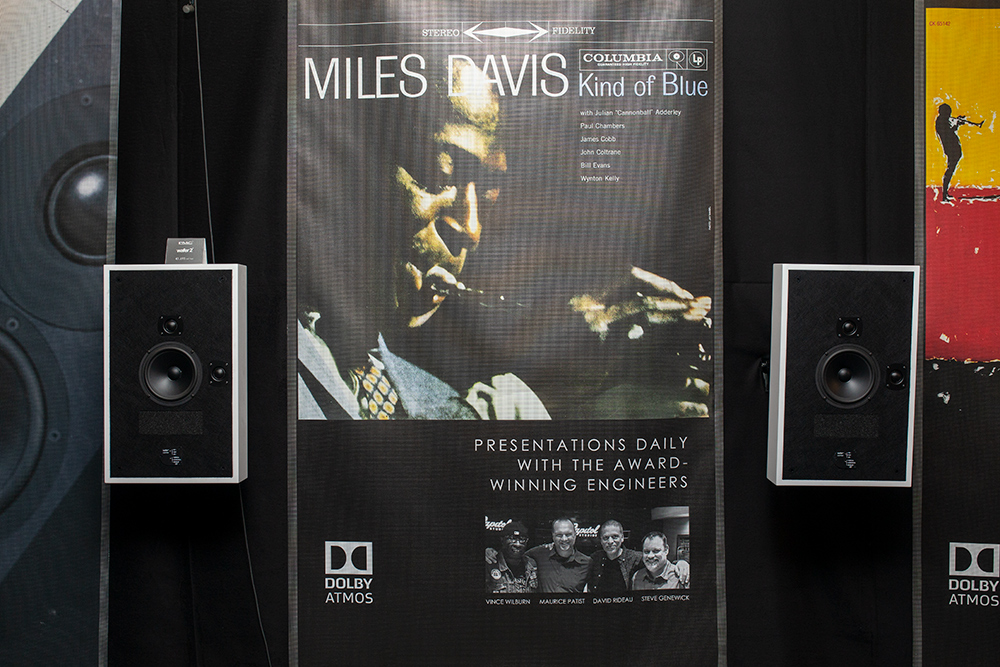 I don’t usually take the time to sit around and wait for long demonstrations at audio shows, but I was glad that I did for this demo of Miles Davis in Dolby Atmos -- it was certainly one of the better ones in recent memory. Hopefully, someday these excellent Atmos recordings will be made commercially available, and maybe I’ll even have a system as capable as the one PMC had to play them on.