Here’s my second round of cool desktop and compact systems from the 2017 version of Munich’s High End. Note that the Constellation Audio Leo, a high-end all-in-one product, isn’t included here because we’ve already written about it elsewhere. Prices in euros or USD as specified. 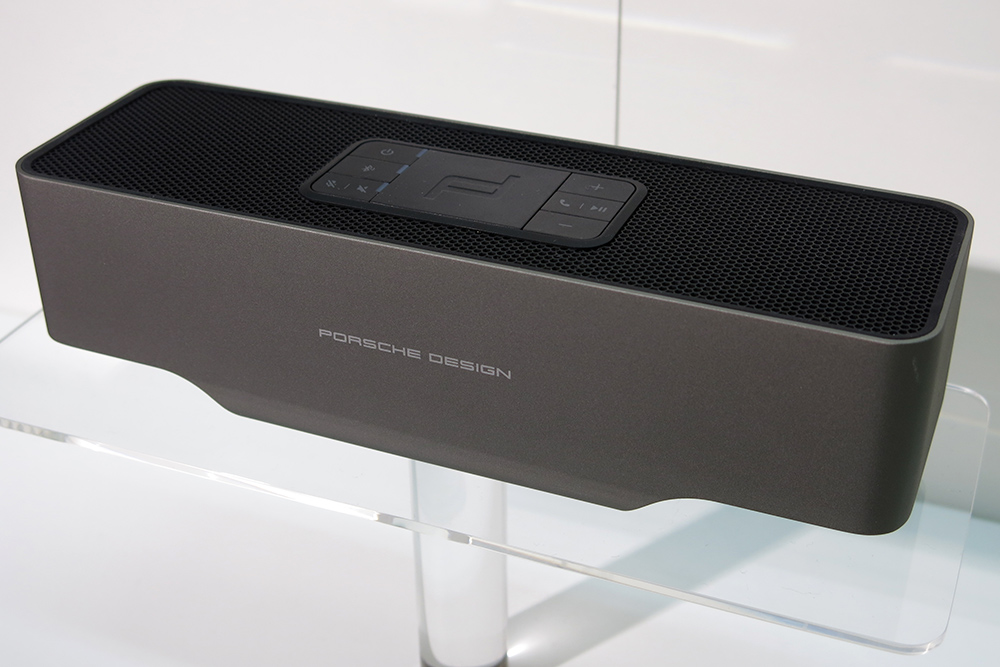 Turns out I was wrong when I thought the DALI Klatch was the only portable Bluetooth speaker at High End. The show also debuted the Gravity One (€380), a joint effort from KEF and Porsche Design. The guts of the Gravity One are essentially the same as in the KEF Muo Bluetooth speaker, with full-range drivers that join a central tweeter section with an outer midrange-woofer section through a compliant coupling. The difference is that the Gravity One has two smaller passive radiators instead of a single larger one. The Gravity One also adds a speakerphone function and a power bank function that charges devices connected to its USB jack underneath. 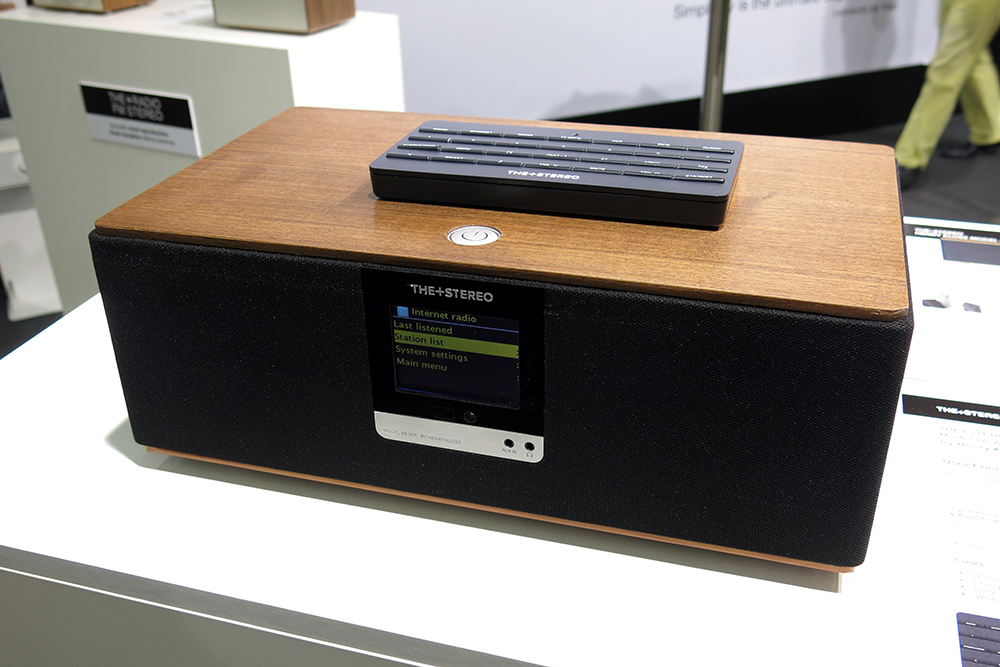 Longtime compact audio system enthusiasts (there’s at least one of us) remember the Cambridge SoundWorks Model 88, a great mid-1990s stereo AM/FM tabletop radio developed by the late audio industry legend Henry Kloss. The new The+Audio The+Stereo Model 88 ($499) updates the original design with new features. The new model offers Bluetooth, network Wi-Fi music streaming through an iOS/Android app, analog and optical digital inputs, and access to various streaming services such as Tidal and Spotify Connect. It has two midtweeters (each with a 25W amp), an internal subwoofer with a 50W amp, and a bass-reinforcing passive radiator. 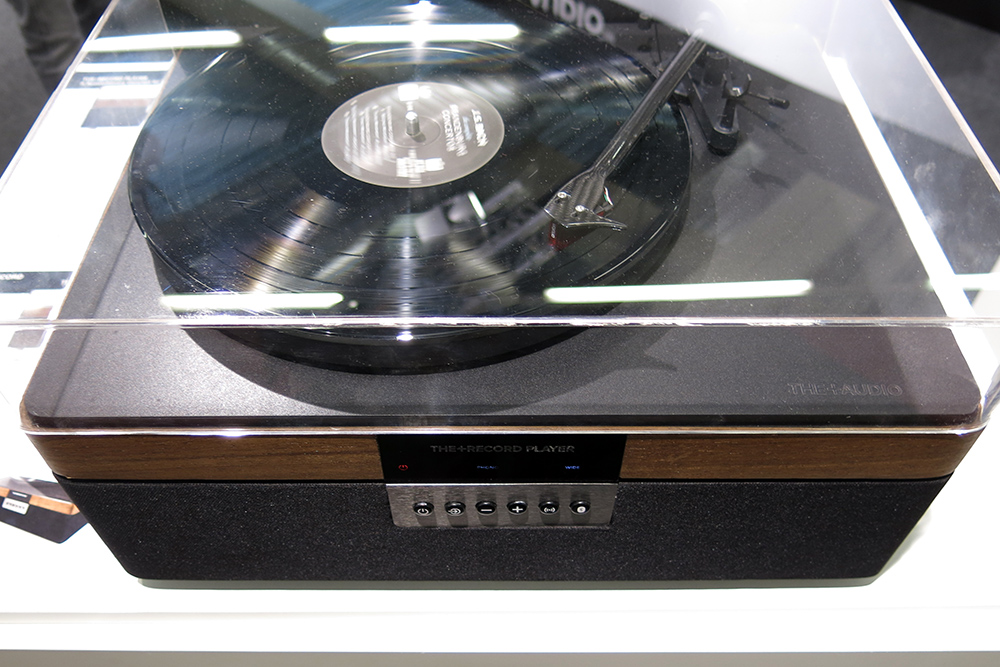 For audiophiles aged 50 and up, the The+Audio The+Record Player ($999) might trigger terrifying flashbacks of the all-in-one monophonic record players of the 1950s and ’60s. But the The+Record Player should be a lot better than those. It has two 1" tweeters (each powered by a 15W amp) and two 3.5" woofers (each powered by a 35W amp). And according to the company, the turntable will be audiophile-grade. (The prototype shown here uses Pro-Ject turntable components, but they may end up using components from a different brand.) It also has Bluetooth, two analog inputs, a coaxial digital input, a headphone jack, and a USB output for dubbing records onto a computer. 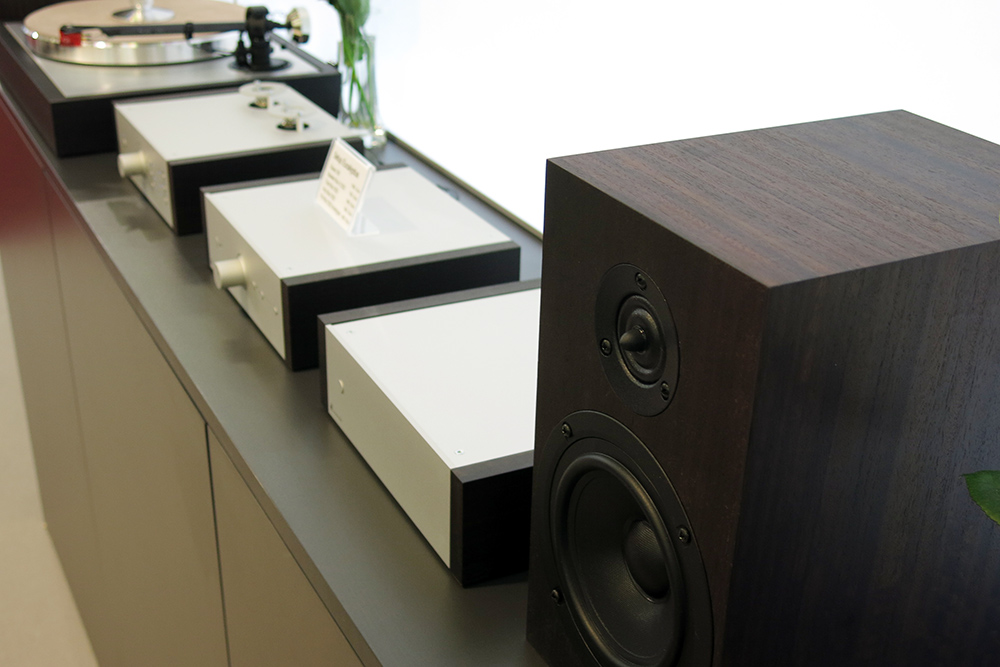 Speaking of Pro-Ject, the company showed the final versions of its Setup components, which it referred to last year only as the DS2 series. They’re available in walnut, rosewood, or the eucalyptus grain shown in the photo. The components shown here are (left to right) the Classic SB turntable (€1399), the Tube Box DS2 phono preamp (€699), the Pre Box DS2 Analogue preamp (€499), the Amp Box DS2 power amp (€599), and the Speaker Box 5 DS2 speakers (€899/pr.). 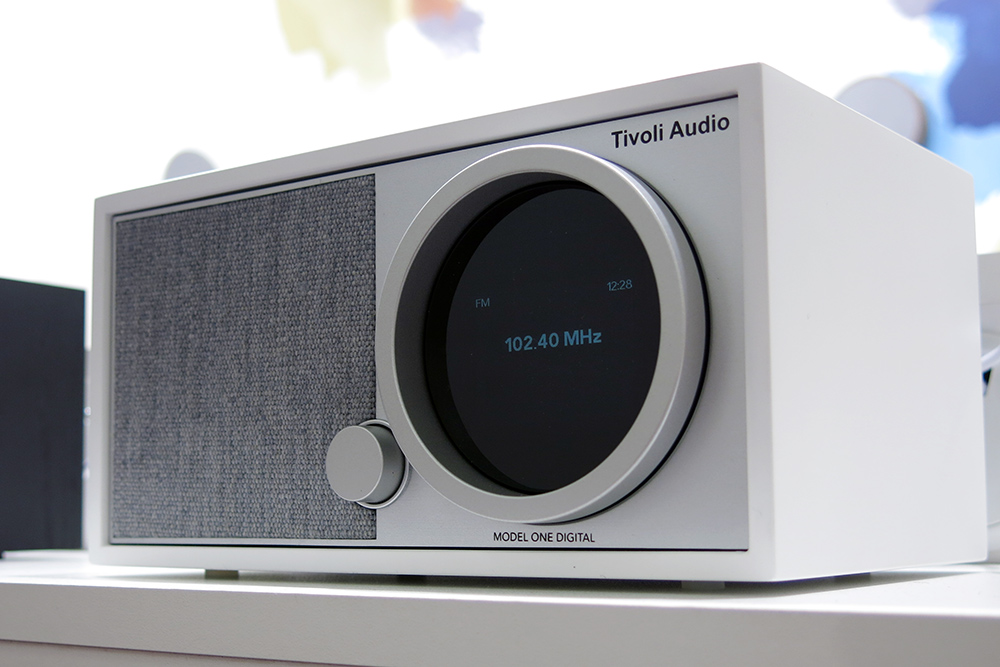 The Tivoli Audio Model One Digital ($299) is another modernized version of a tabletop radio originally designed by Henry Kloss. It incorporates an FM tuner, Bluetooth, and Wi-Fi. Through an iOS/Android app, it can stream audio from a network, and it can also access streaming services such as Spotify and Tidal directly. Multiple Model Ones and certain other Tivoli Audio components can also function together in a multiroom system. 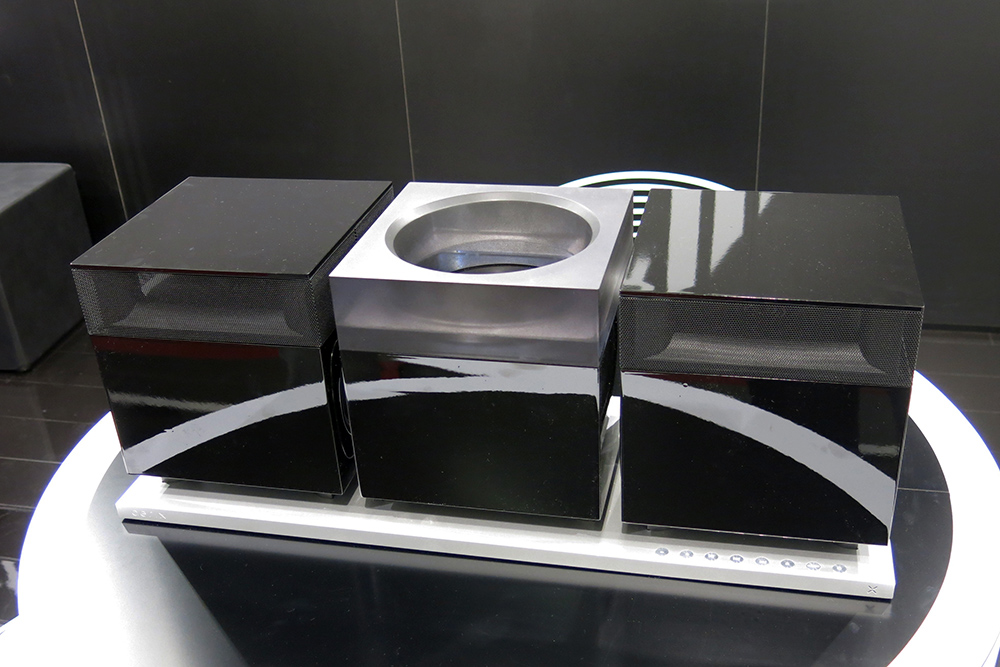 Aerix’s Trio system is a central unit with a CD player, Bluetooth, and DTS Play-Fi streaming/multiroom capability, joined with two omnidirectional speakers. Each of the speakers has an upward-firing driver with vents pointing in all directions, a downward-firing woofer, and a side-firing passive radiator. It also has an HDMI input so it can be used as a soundbar in conjunction with a TV set. The price hasn’t been set yet, but is expected to be roughly €2300 for the full system.