Here’s the second part of my coverage of over-ear and on-ear headphones from Munich’s High End show -- starting off with what were in many ways the most impressive headphones of the show for me. Prices in euros or USD as indicated. 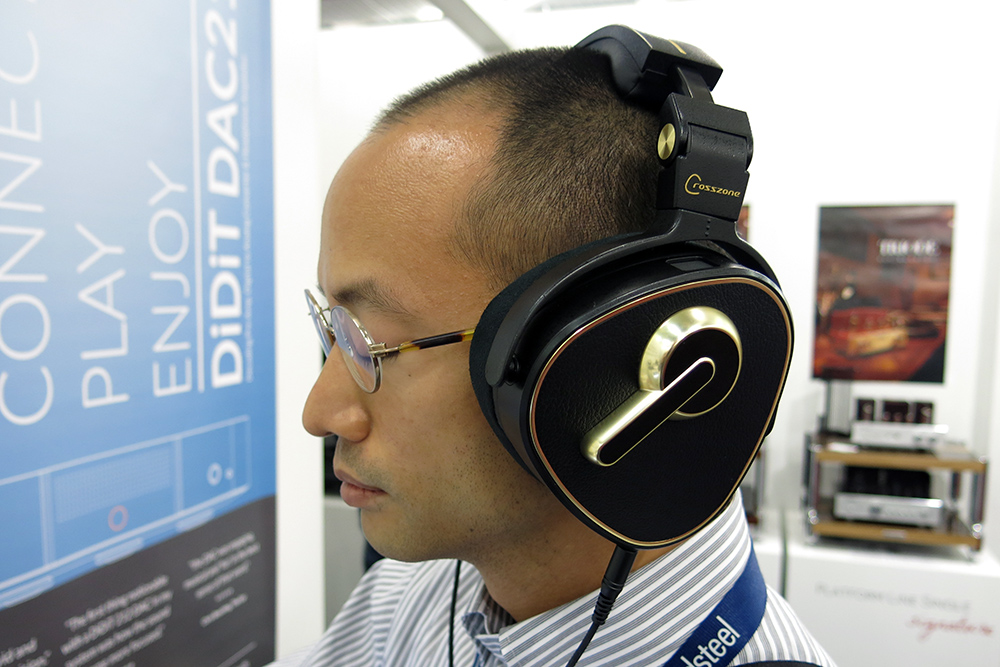 There’s a good reason the Crosszone CZ-1s are so humongous: each earcup incorporates three drivers, arranged in a way intended to mimic the acoustics of real speakers in a real room. I’ve heard numerous multidriver over-ear headphones in the past, but I can’t remember ever hearing a pair that delivered a realistic sense of space and also sounded natural. The CZ-1s do, though. They deliver a huge and natural sense of space -- indeed, much like real speakers in a real room -- without introducing any audible phasiness or any apparent frequency-response anomalies. I’ll be curious to see if these unusual headphones attract any attention from enthusiasts, but considering their price (expected to be €2500 to €3000) and the fact that no North American distribution is currently planned, I may never get to find out. 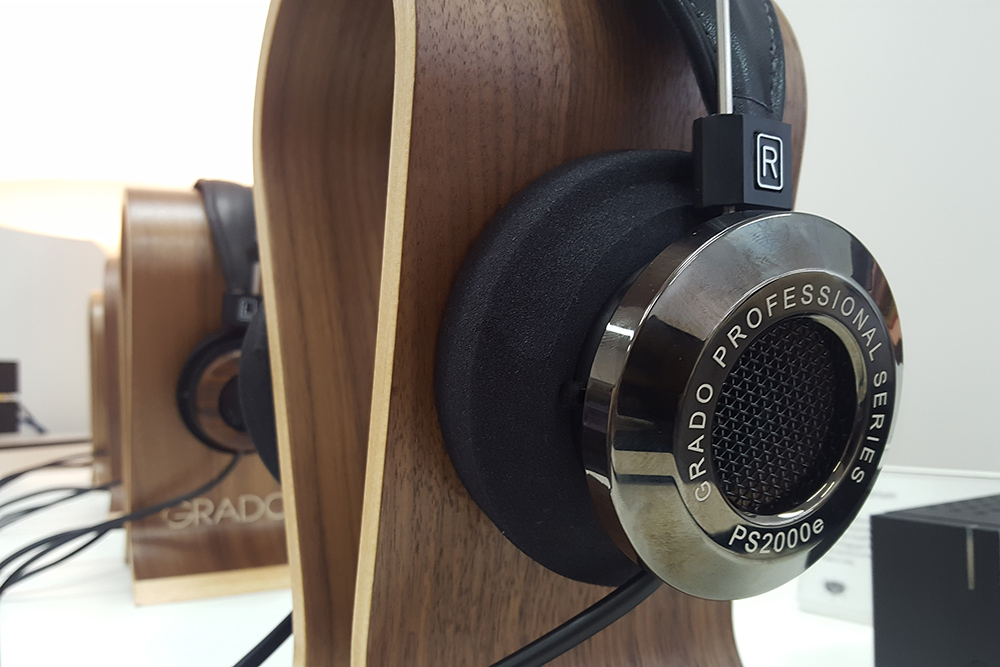 The PS2000e (€2999) is Grado’s new flagship headphone model. Each enclosure is made from an aluminum shell (the part you see here) with wood inside; the combination of the two materials is said to make the shell less resonant. Unfortunately, although they looked interesting, I couldn’t get any more information about these headphones. 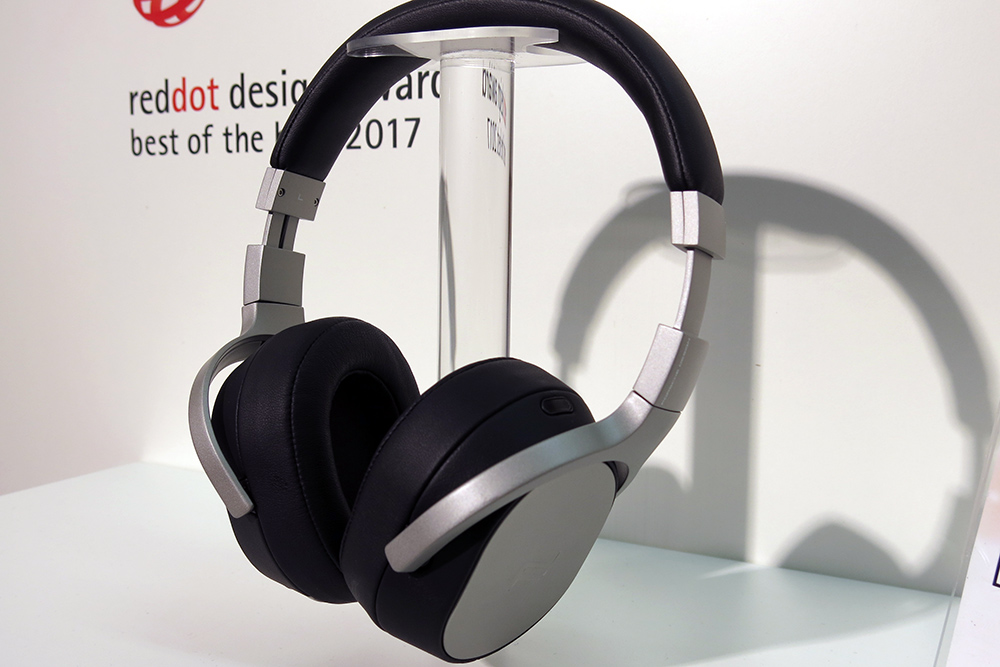 The Space Ones (€420), a joint effort between KEF and Porsche Design, are KEF’s first headphones with active noise canceling. According to a KEF spokesperson, the Porsche Design team put a lot of work into the comfort and ergonomics, so the Space Ones hold the promise of being a wonderful companion for international flights. (Wish I had them for the flight back from Munich.) 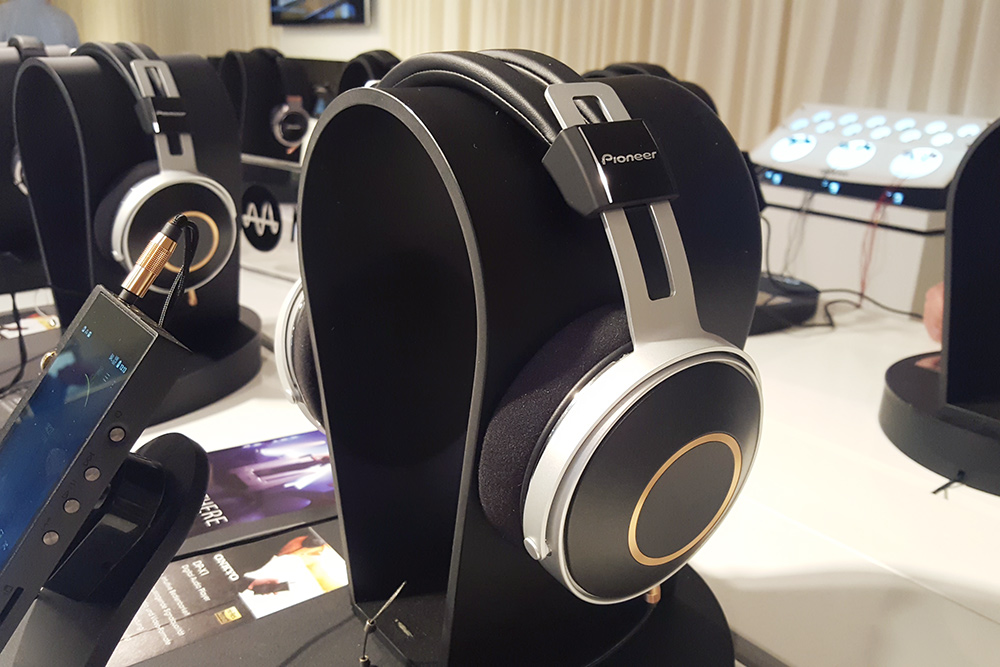 Pioneer’s Monitor5s (€999) are a less expensive, closed-back version of the company’s SE-Master1 open-back dynamic-driver headphones. Unfortunately, I couldn’t find anyone at the booth who knew anything more about them than the model number and price. 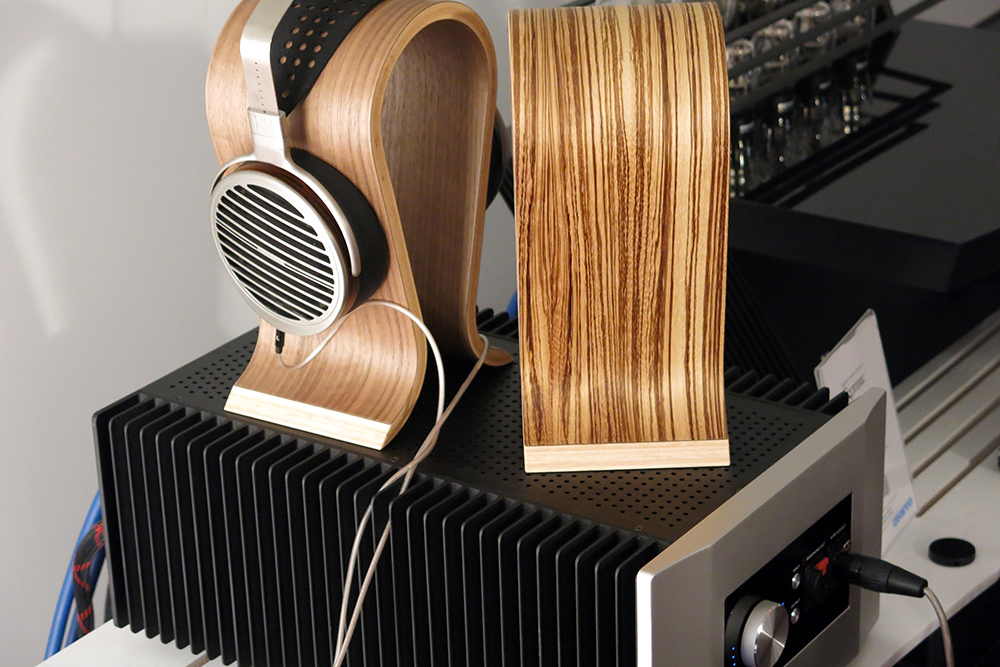 HiFiMan showed the prototype of its new high-end headphones -- then dubbed Edition 6 -- at the 2017 CES, but it officially debuted the headphones at High End with a new name: Susvara ($6000). “It’s really the spiritual successor to the HE-6,” HiFiMan’s Mark Ramos said, referring to the company’s notoriously hard-to-drive headphone model from a few years ago. “We decided not to worry about the sensitivity because we know everyone will use an amp to drive it anyway.” The Susvaras use HiFiMan’s “nanometer grade” diaphragm, which is said to be less than one micron thick, and its magnets have a streamlined shape intended to reduce interference with sonic waves. HiFiMan also offers the EF1000 ($15,000), an amp designed specifically to drive the Susvaras, which is also available in a package deal with the headphones for $18,000. 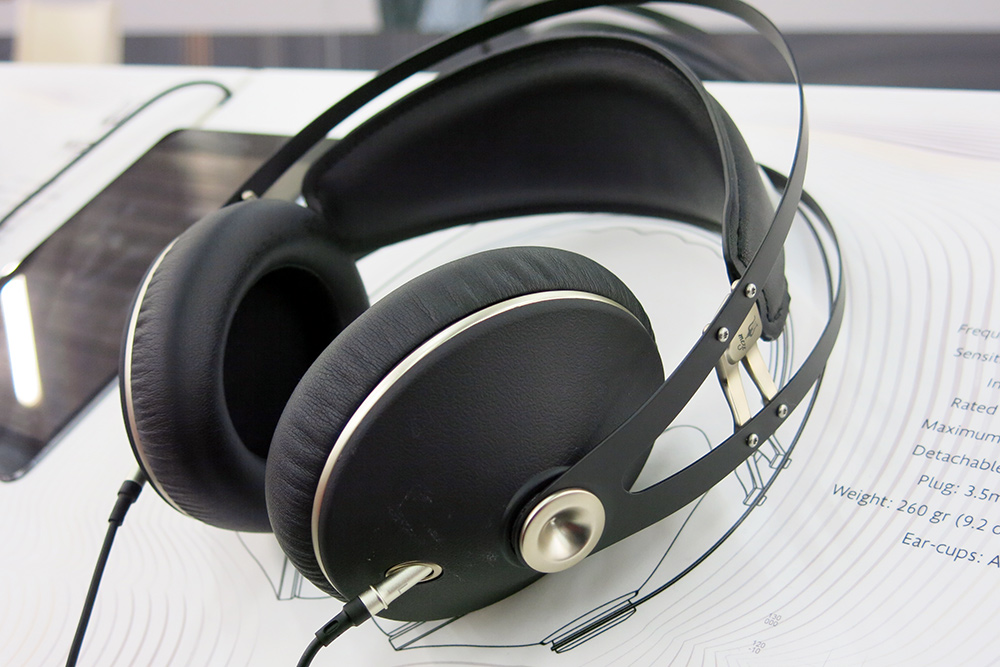 The Meze 99 Neos (€249) are the latest in the company’s line of over-ear headphones built on the same basic platform. They use plastic cups, so they’re less expensive than the company’s wood-bodied models, and they have a somewhat different driver. The detachable cables feature an inline microphone/remote for taking phone calls. 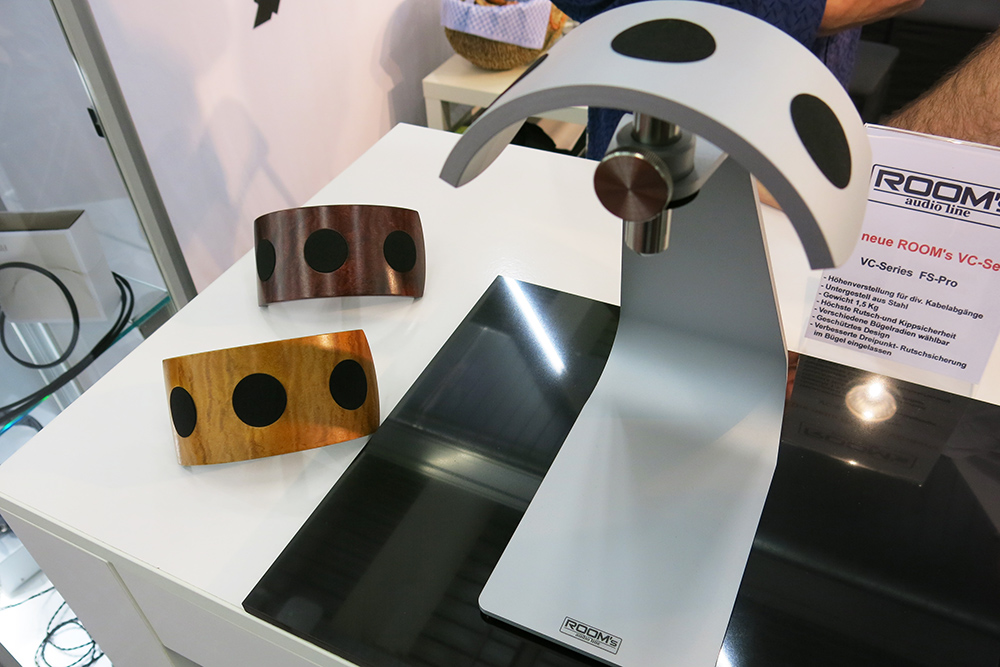 I’ll wrap up my 2017 High End headphone coverage with the two most interesting headphone stands I saw at the show. First is the Room’s Headphone Stand (€139), which not only looks cool but also offers great customization features. The height of the curving top support can be adjusted so the headphones’ cables don’t mash against the table the stand is sitting on, and top supports with different curve radii as well as optional wood construction will be available for about €50. 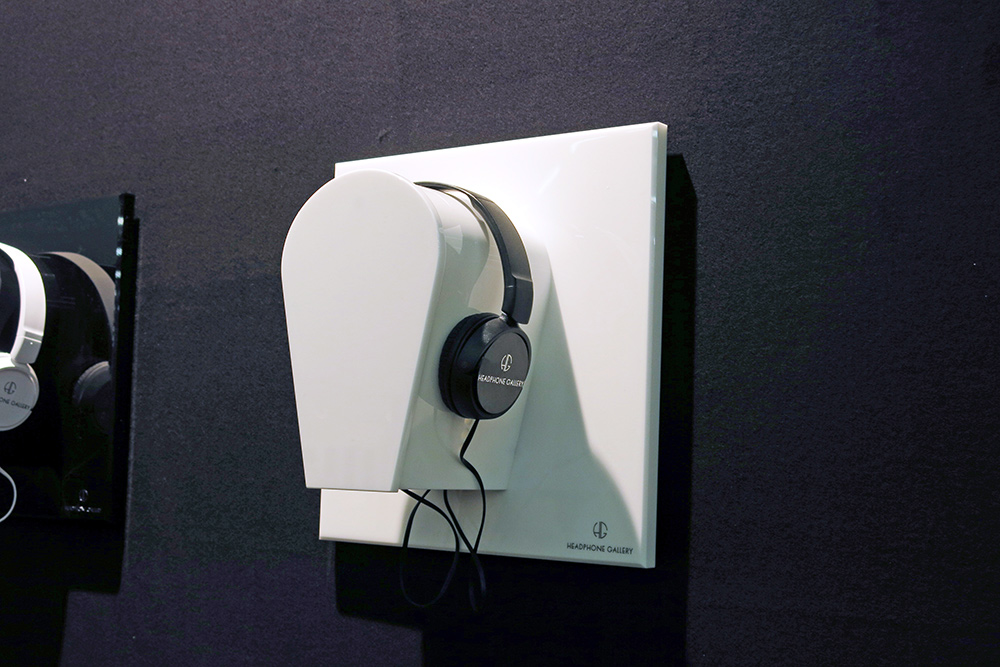 Lehmann Audio’s Headphone Gallery (€399) wall-mounted headphone stand lets you display your headphones like the works of art they are. (Well, depending on which headphones you own, of course.) It’s available in white or black acrylic, and it has a compartment that holds your headphone cables so they don’t dangle down and spoil the “work of art” effect.