Many headphone enthusiasts prefer to run their cans off an optimized portable rig rather than a big stay-at-home amp. These days, they have all sorts of options, including products that can compete with the best of the large home components. In fact, some of these products are good enough that audiophiles use them in their home systems, too.

Below you’ll find some of the most interesting portable audio products I found at High End 2017. Prices in euros or USD as indicated. 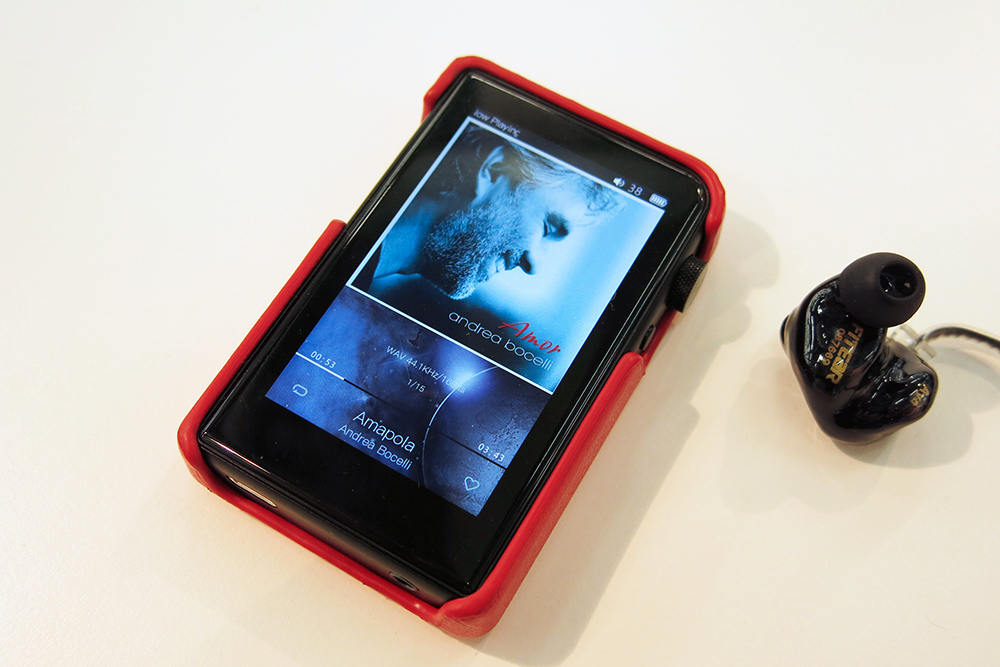 Shanling’s M2S ($199) is a portable music player with an extremely appealing price. It handles DSD files up to DSD256 (4x) resolution, and PCM files up to 32/384 resolution. The USB-C connector works in both directions, so you can use the M2S as a DAC or a transport. Bluetooth is built in, too. The red case shown in the photo costs an extra $10. A smaller model, the M1 ($149), is also available. 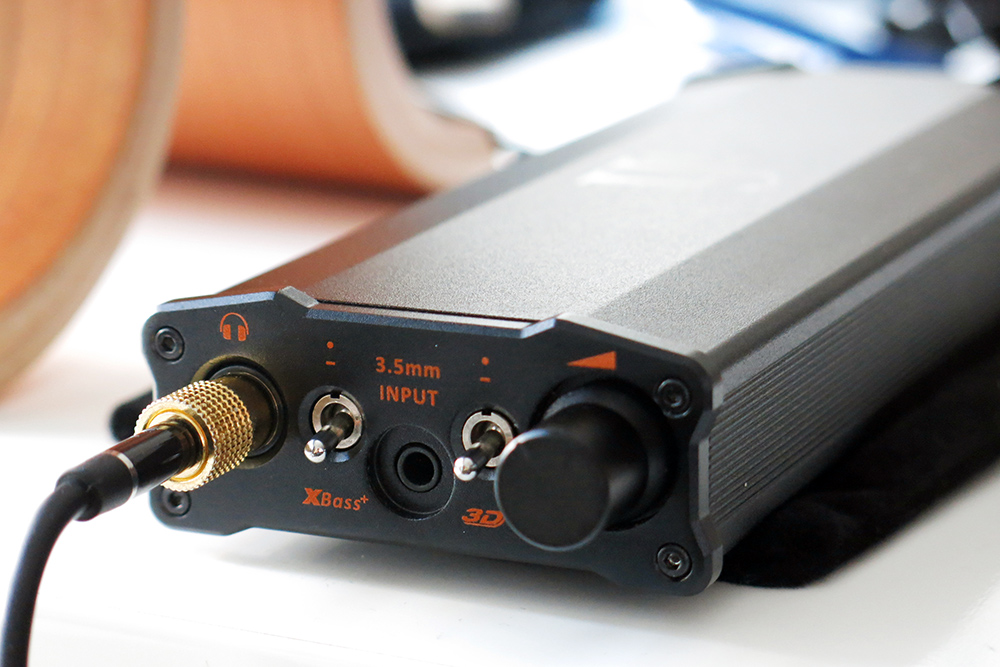 Specializing in DAC-portable amplifiers you can use with computers and phones, iFi has a new flagship portable called the micro iDSD Black Label ($549), which is as feature-packed as many high-end DACs. It handles DSD512 (8x) and PCM at sampling rates up to 768kHz, offers three different digital filters plus analog XBass (bass boost) and 3D (soundfield expansion) modes, and includes USB, coaxial digital, RCA analog, and 3.5mm analog inputs. It has three output modes: Eco, Normal, and Turbo. In the latter, max output is rated at 4W into 16 ohms, which is extremely impressive for a portable product. 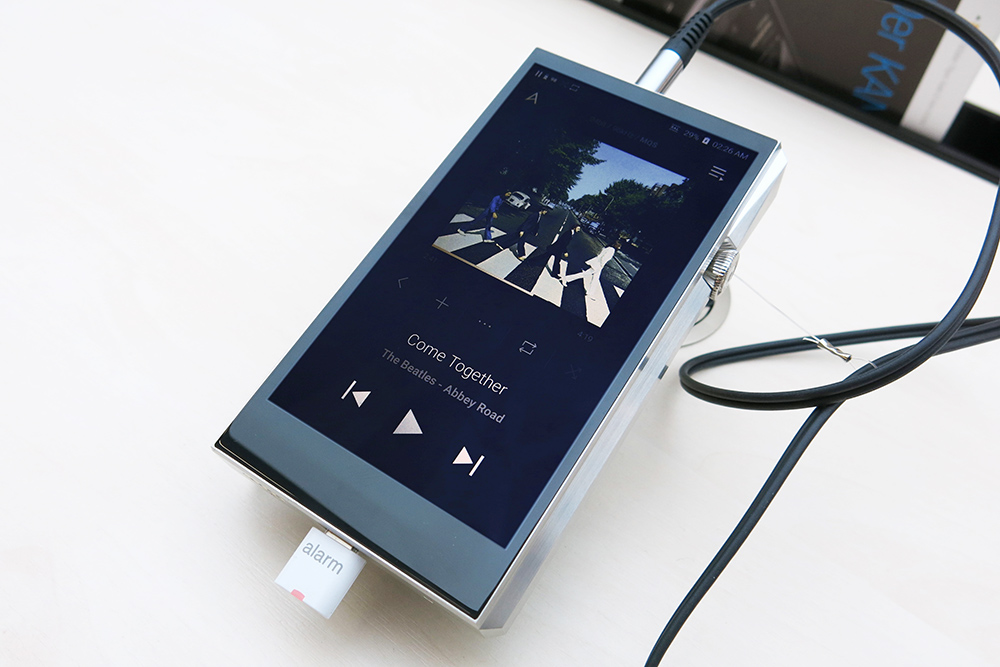 Astell&Kern is launching a new elite brand called A&Ultima, which will be to Astell&Kern what Lexus is to Toyota. Its first product will be the SP1000 ($3499), which replaces Astell&Kern’s flagship AK380. The exterior is made from stainless steel, and a copper version is available. It features an eight-core CPU, separate AKM DACs for each channel, balanced output maxing out at 3.9Vrms (or about half a watt into 32 ohms, which is nearly double the output of the AK380), and a 5" screen compared to 4" in the AK380. 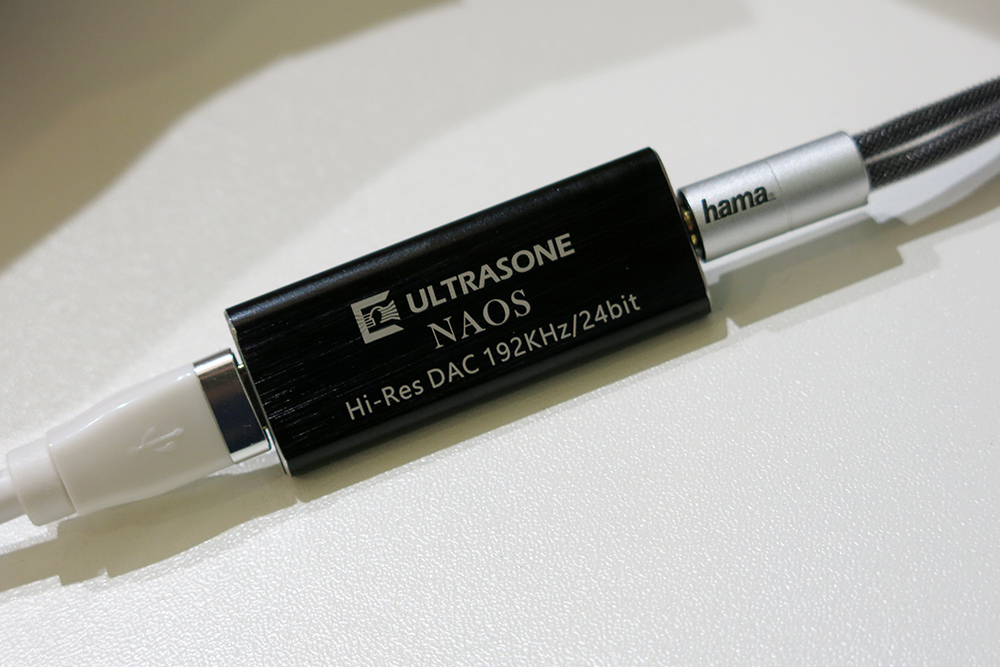 Ultrasone’s Naos DAC-headphone amp (€169) is about the size of half a stick of gum (for anyone who remembers what a stick of gum looks like). It runs PCM in resolutions up to 24/192, and comes with Micro-USB and Lightning cables so it can plug into practically any type of portable device. 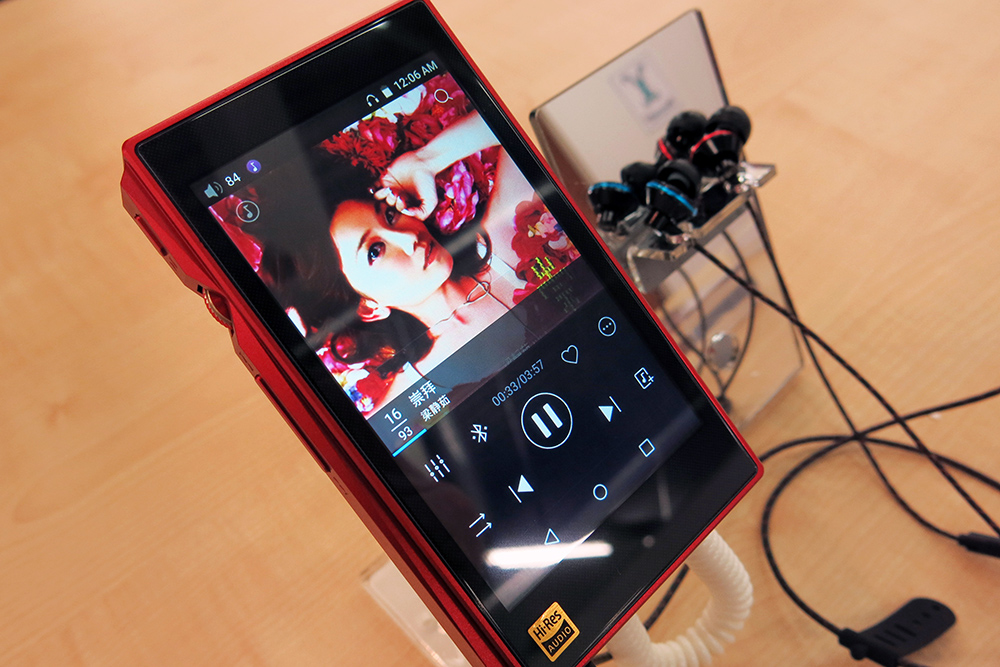 FiiO’s X5 3rd Generation (€449) portable music player is packed with enthusiast-friendly features. It has two slots for micro SD cards, allowing maximum storage of 512GB. It offers balanced and unbalanced headphone output, so it’s compatible with the growing number of audiophile headphones available with balanced cables (with the left and right channels having individual ground cables rather than sharing a ground cable). With a separate AKM DAC for each channel, it plays PCM in resolutions up to 32/384 and DSD up to DSD128 (2x) resolution. 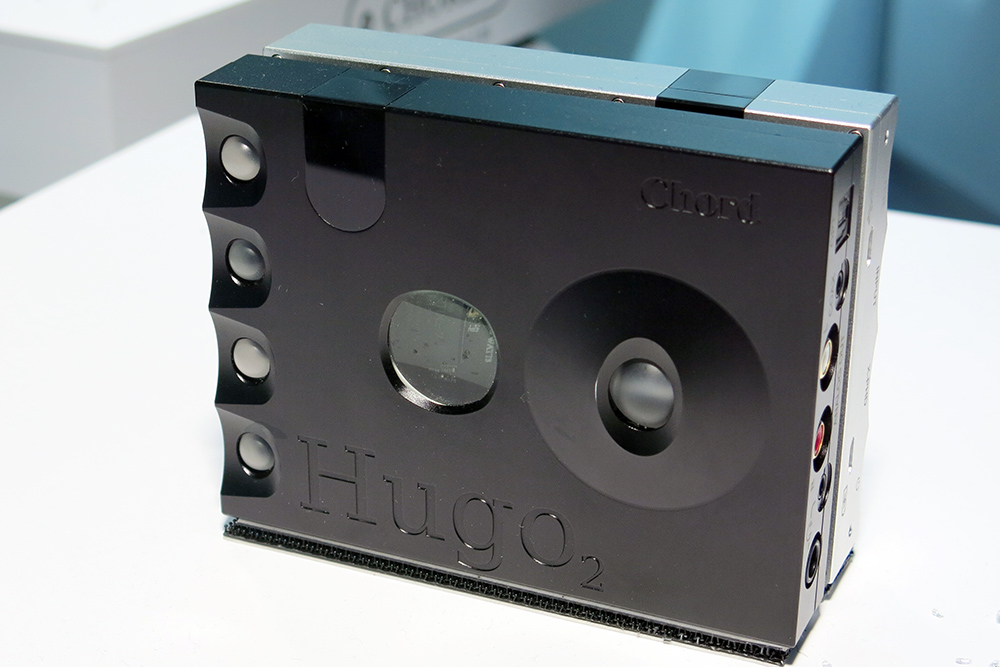 Chord’s Hugo practically created the category of the “DAC-headphone amp that doubles as a home DAC.” The Hugo2 ($2195) launched a couple of months ago, but Munich’s High End was my first chance to hear it. It’s a cleaner-looking design with fewer jacks and more of Chord’s trademark illuminated ball-type controls. The Hugo2 accepts DSD512 (8x) signals in addition to PCM at sample rates up to 768kHz. It has USB, coax, and optical digital inputs, plus a rechargeable battery with a rated run time of seven hours.