Nothing gets me amped up more than a budget-oriented integrated amplifier with a built-in DAC -- I’m a simple guy. I spent the bulk of my morning on the third day of the High End show on the prowl for just that, and came up with a few cool new products that most anyone could afford. 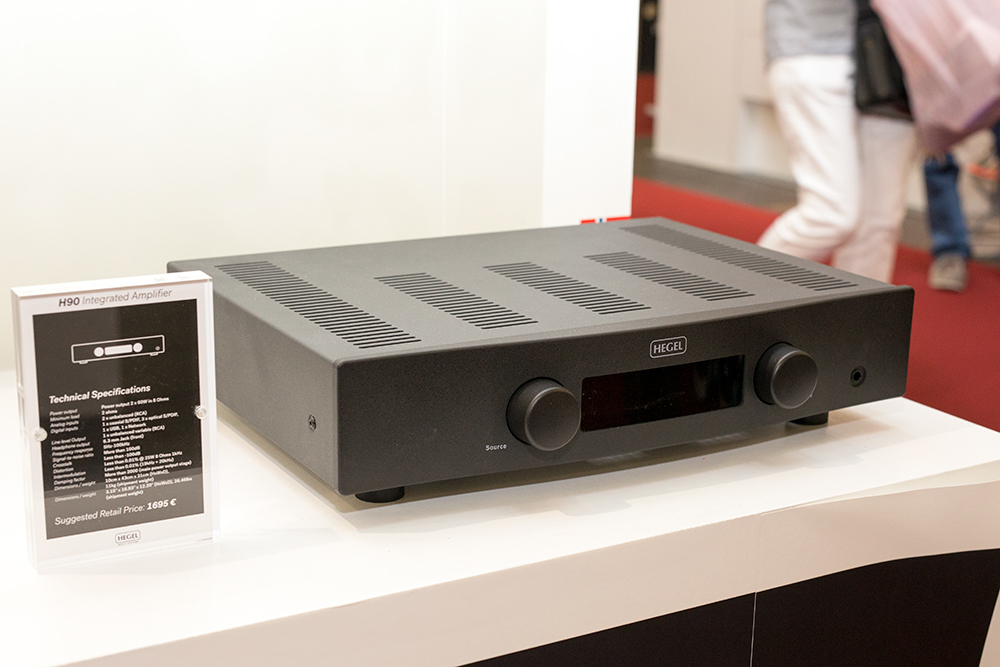 Hegel Music Systems, of Norway, debuted the H90 DAC-integrated, which replaces the outgoing H80 in the company’s lineup. Shipping toward the end of the year, the model is built on the same frame as the company’s more upscale Röst integrated, and despite featuring a slew of improvements over its predecessor, it maintains its retail price of $2000. The H90 now features SoundEngine2, which is the second generation of Hegel’s proprietary amplifier error-correction circuitry found most prominently in the firm’s flagship integrated amp, the H360. This promises a notably higher damping factor of 2000 for maximum low-frequency control. An upgraded DAC board means lower jitter over digital inputs, while Apple AirPlay support and a discrete headphone amp make their first appearance in Hegel’s entry-level amplifier. While output power has actually dropped for the new model, to 60Wpc, Hegel founder and lead engineer Bent Holter promised me that overall performance has improved, in tandem with a smaller power supply that actually produces more current than the outgoing model. Finally, Hegel has included a newer, nicer remote control with the H90, a welcome addition given the H80’s lackluster remote. With a bevy of coaxial, optical, USB, and Ethernet digital inputs, as well as a pair of unbalanced RCA analog inputs and a variable RCA output, the H90 can handle just about anything thrown at it. 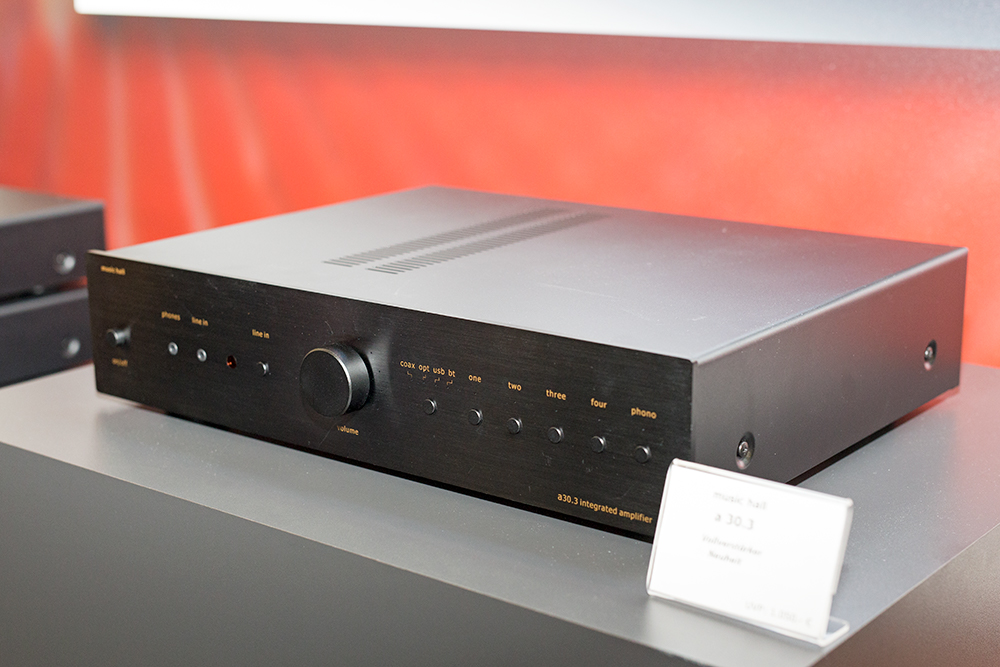 Next up was American manufacturer Music Hall’s brand new €1050/$999 a30.3 DAC-integrated amplifier. The old-school-looking folded-box chassis is packed full of connectivity. It has a moving-magnet phono stage and four unbalanced analog inputs, while on the digital side it features a Cirrus Logic DAC with three wired inputs: asynchronous USB, optical, and coaxial. Bluetooth also makes an appearance, as does a front-mounted discrete headphone amplifier. The power amplifier section is class-AB generating up to 85Wpc into 8 ohms or 160Wpc into a 4-ohm load, while the power supply is of the switch-mode variety. Like Music Hall’s other products, the a30.3 is designed and developed in the United States but manufactured in China. The a30.3 will begin shipping in June of this year. 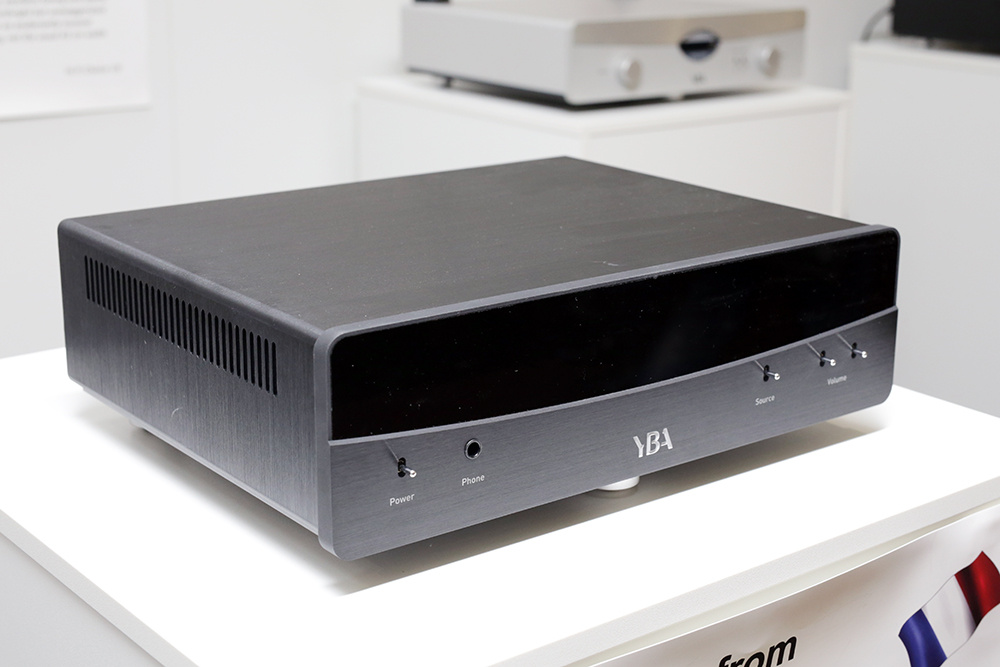 Finally, YBA, of France, showed off its €2000 Genesis R8 media streamer and integrated amplifier. The class-AB amp produces up to 50Wpc into 8 ohms or 90Wpc into 4 ohms. Like the Music Hall above, it offers several RCA analog inputs, as well as a phono stage and fixed-level RCA outputs. “Mr. YBA” -- Professor Yves Bernard André -- politely declined to offer any details about the digital-to-analog conversion taking place inside the Genesis R8, but confirmed that it accepts PCM signals up to 24-bit/192kHz, and DSD 64/128/256/512. It has the usual assortment of coaxial, optical, and USB connections. The YBA streamer is allegedly friendly with all popular music streaming services, including Tidal, Spotify, and Deezer. A discrete headphone amplifier is found out front. Interestingly, though the R8 is manufactured in China, Monsieur André told me that the majority of the internal components, including fuses, solder, and wiring are all French in origin. The Gallic one-box solution will ship in September.