The Two Coolest Products from High End 2015: Auralic and Micromega

There's no question that Munich's High End is the biggest and baddest audio show around. The problem is that the majority of the gear on display is expensive. And I mean expensive by audiophile standards. Don't get me wrong. I'm fortunate enough to see massive loudspeakers crafted from exotic materials rattling the jowls of show attendees, and amplifiers that could probably power a city block. I'm guessing these companies will never sell more than a couple dozen of these products. That's fine. But what excites me is an affordable piece of hardware that any audiophile can look at and say, "That . . . that's cool as hell." Well, all of us did a double-take when we heard about the following . . .

. . . and for good reason. France's Micromega announced its M-One integrated amp on the first day of the show, and we heard from other folks that it could do "everything." Things, of course, that we've heard time and time again. So true story: the M-One can do everything. 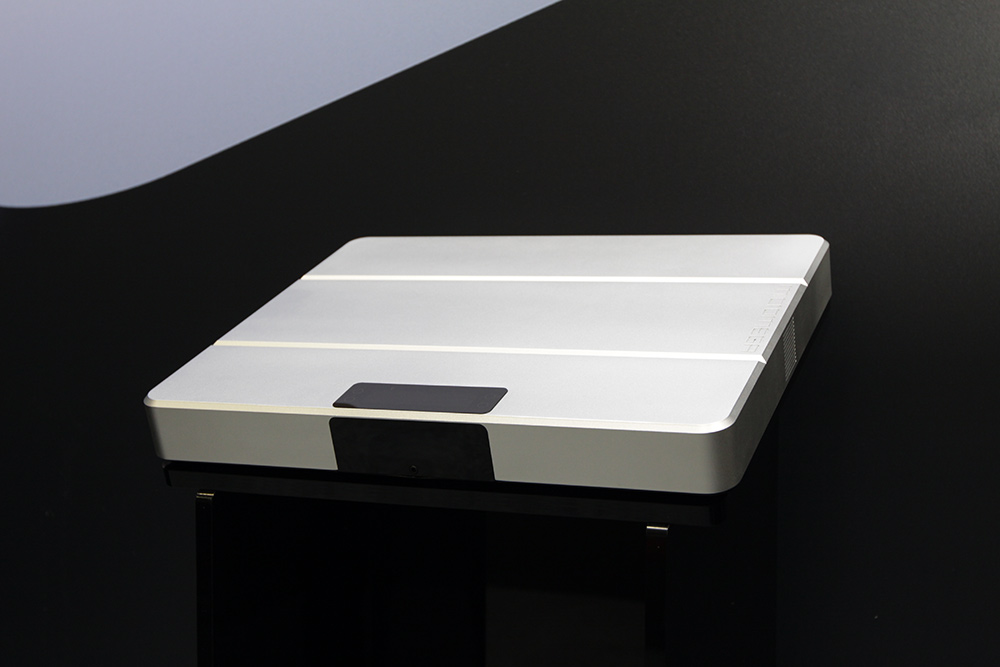 First off, the company introduced two models -- the M-One 100 and the M-One 150. The monikers reflect each amp's power output into an 8-ohm load, which then doubles into 4 ohms. The 100 will ship in October of this year, and the 150 will follow in 2016, with both models being made entirely in France. Then there are the features: microphone input; phono input; MM/MC switch; RCA and XLR analog inputs; in/out triggers; coaxial, TosLink, USB (asynchronous, and up to 24-bit/768kHz, DXD, DSD, and DOP), AES/EBU, and a pair of I2S digital inputs -- deep breath -- Wi-Fi; aptX Bluetooth; Ethernet (asynchronous 24-bit/384kHz); preamp out; subwoofer out; AirPlay; and DSP with automatic room correction. 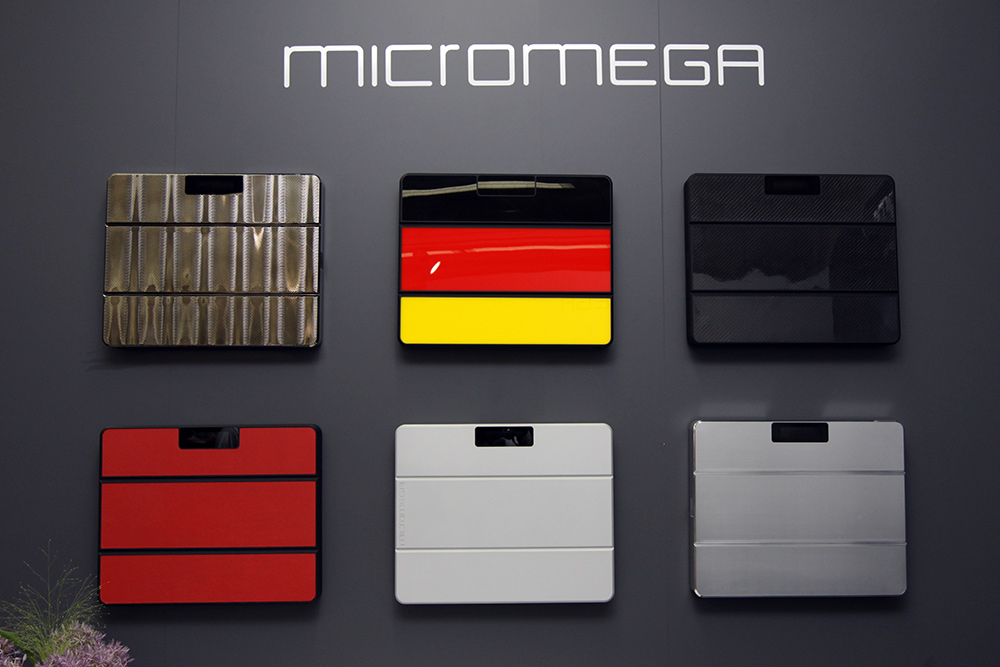 The M-One 100 is €3000. It's fashioned from a single piece of aluminum, and can be customized with leather, carbon, or aluminum "to provide an almost endless choice of finishes and colors." I'd be lying if I didn't think, I kind of want one of these. The problem is that I have no idea if it's a finished product. Micromega certainly isn't the first company to bring a non-playing mockup of a piece to a show for a soft debut, and it surely won't be the last. If it winds up doing everything the French company says it does and sounds even halfway decent, I'm betting it’ll sell incredibly well. 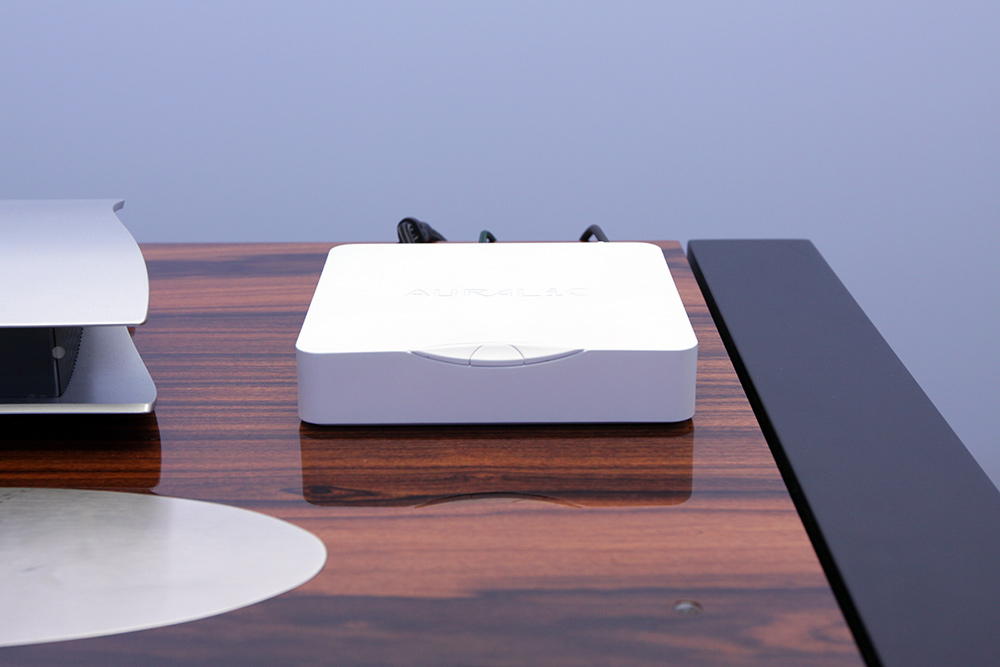 The best thing here by a long shot, though, is Auralic's $399 Aries Mini wireless streaming node. Scoff at the price if you must, but I was gobsmacked by its feature set. The little brother to Auralic's Aries wireless streaming bridge is a powerhouse of a digital product, and a seeming heir apparent to Logitech's classic Squeezebox series. The little guy uses a Sabre ES9018K2M digital-to-analog converter, which can handle up to 32-bit/384kHz PCM, and up to DSD256. It has RCA analog outputs, as well as USB, coaxial, and TosLink digital outputs, while its inputs include Ethernet, Wi-Fi, and USB to connect an external hard drive. It also supports Auralic's matching Lightning DS app for iPad and Android, as well as control software from Linn, Lumin, and JRiver. Oh, and it streams Tidal, Qobuz, and WiMP music services natively. I'm not gonna lie; I'm probably going to buy one of these things. It's one of those devices that just makes life easier, both as an audiophile, and as someone who likes to listen to music.

Munich's High End has a little bit of everything, but its most valuable commodity is its optimism -- exhibitors and attendees alike were straight up excited about hi-fi again. And with products such as the M-One 100, M-One 150, and Aries Mini, it's not hard to see (and hopefully hear) why. Cheers to that.