It wasn't that many years ago when most speakers were available in only a limited number of finishes -- all that you had to choose from were usually a small number of wood-type finishes (real or vinyl) or glossy black paint, which everyone had. Only a handful of companies were pushing beyond that limited selection. The rest were, well, boring.

But in 2014, that's all changed. Many speaker manufacturers have now realized what car manufacturers learned long ago: a wide variety of quality finishes can help sell a product. So at High End 2014 I noticed a number of manufacturers offering finishes that just weren't seen that long ago, with one in particular -- KEF -- that has taken the concept one step further and actually started offering different driver colors. What a great idea! Speakers are boring no more, and I'm sure that those companies not on the bandwagon yet will be on it soon. Here are the speakers I saw at this show with colors and finishes that I really liked:

Ever since Mauro Grange took over Sonus Faber and put Livio Cucuzza in charge of industrial design, the Italian firm has become the trendiest speaker maker in high-end hi-fi. Their latest speaker, the . . . 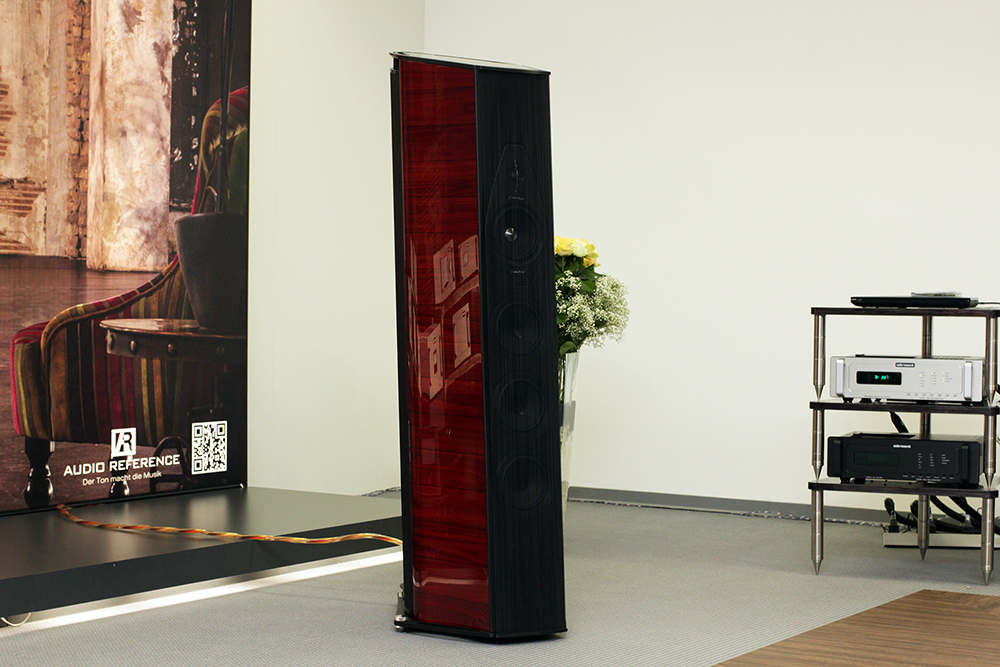 . . . Lilium, is styled similarly to the Aida, which was released about two years ago. The Lilium's standard finishes are Red (above) and . . . 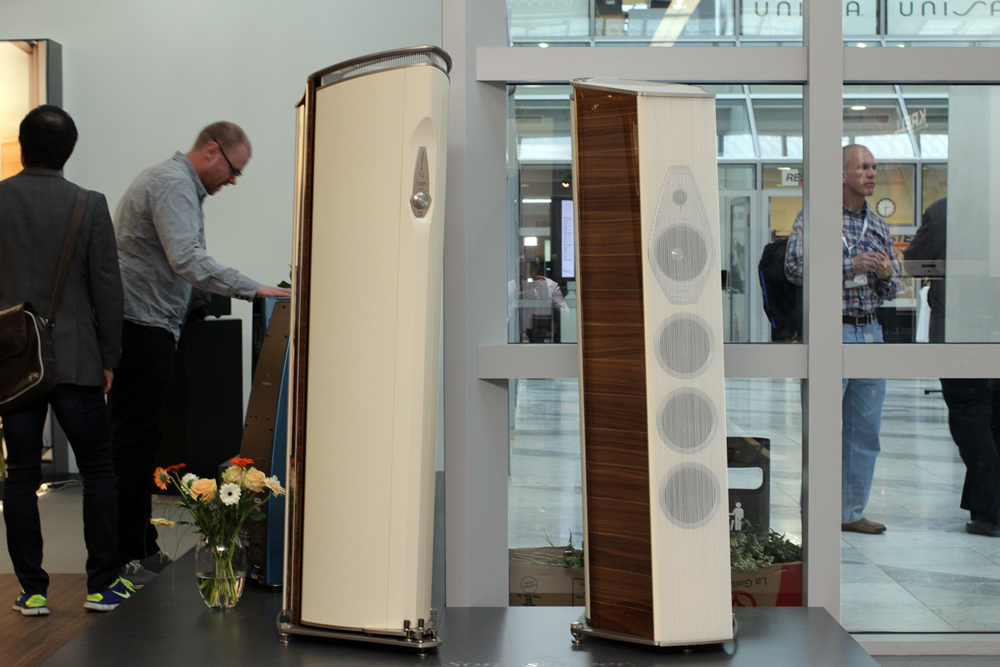 . . . Walnut, which Jeff and I thought really looked elegant -- the wood's contrast with the whitish front and rear is fantastic! Then . . . 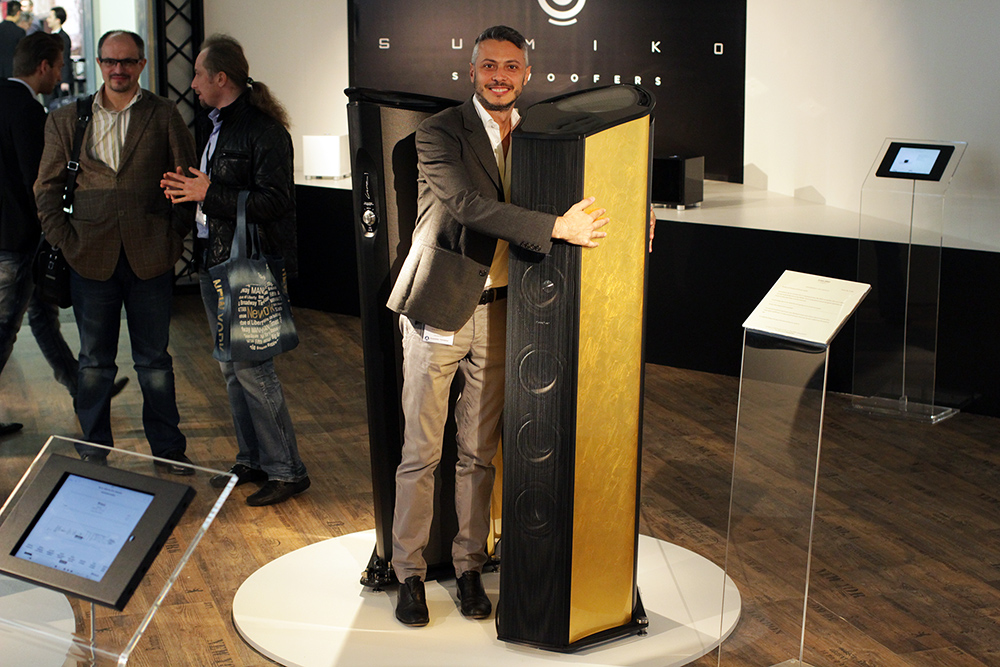 . . . I saw a gold pair, which I thought were finished with gold paint that had been given a texture. Little did I know that the finish is actually . . . 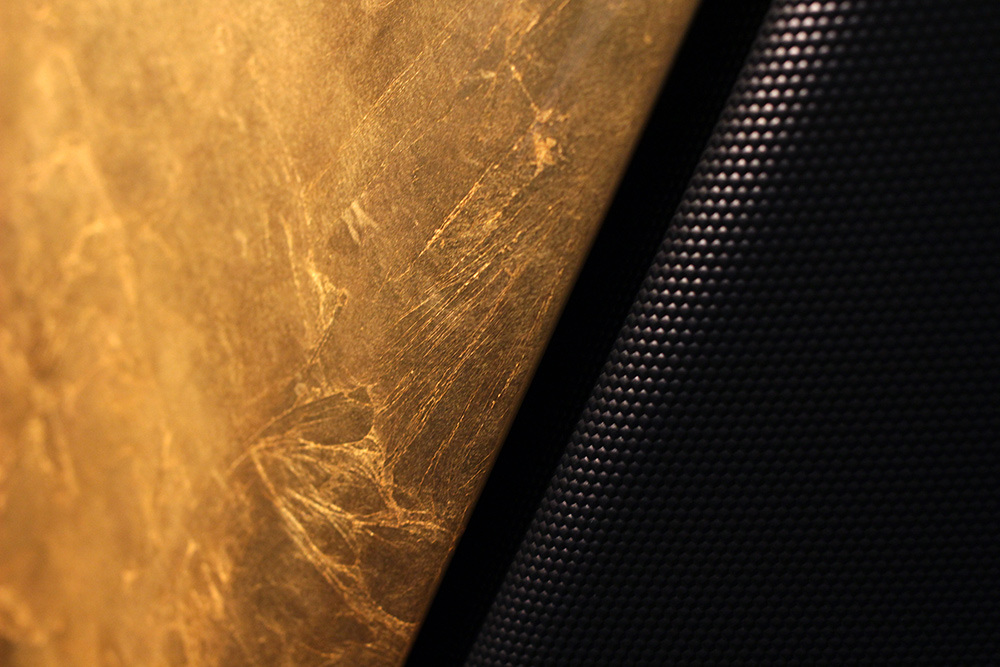 . . . real 24-carat gold plating! No price for this finish is established, though it will undoubtedly be very high. But it can be provided if someone really wants it and has the cash.

Crystal Cable's founder and president, Gabi Rjinveld, has always had exceptional taste. Her company's cables have always had a high-end, jewelry-type appearance to them, and their loudspeakers have always been uniquely and beautifully styled. For example, the all-glass Arabesque and the all-aluminum Arabesque Mini are shaped quite unlike any other speakers on the planet. The only problem with them was that their cabinets weren't conducive to a wide color range -- particularly the glass one. That's changed with the introduction of the . . . 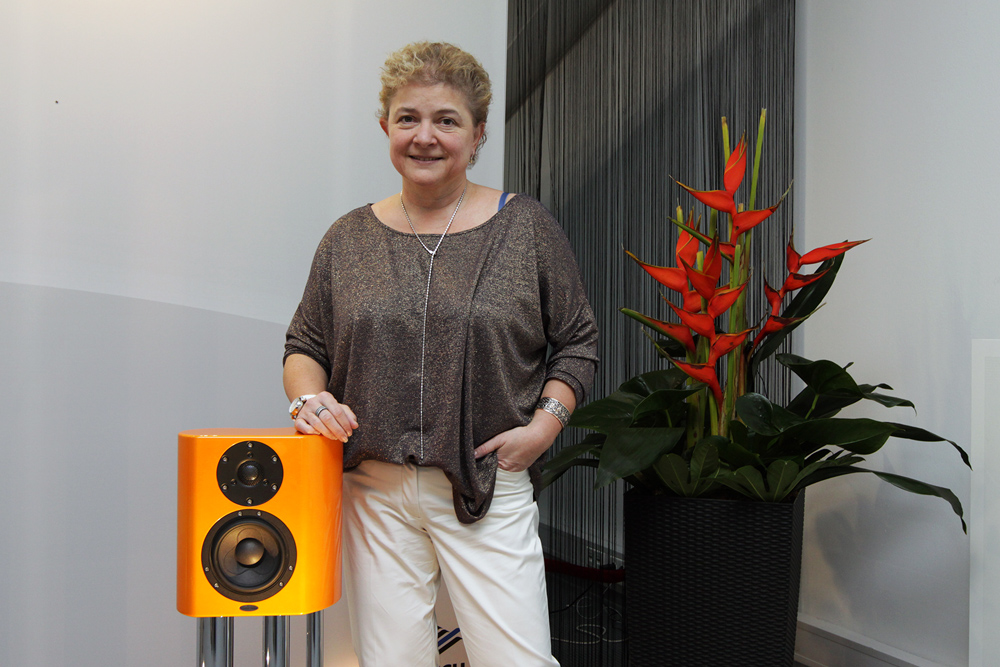 . . . Arabesque Minissimo, which is made of a special cabinet material that allows for paint, and Gabi is taking advantage of it. At High End 2014, the company showed Solar Orange and . . . 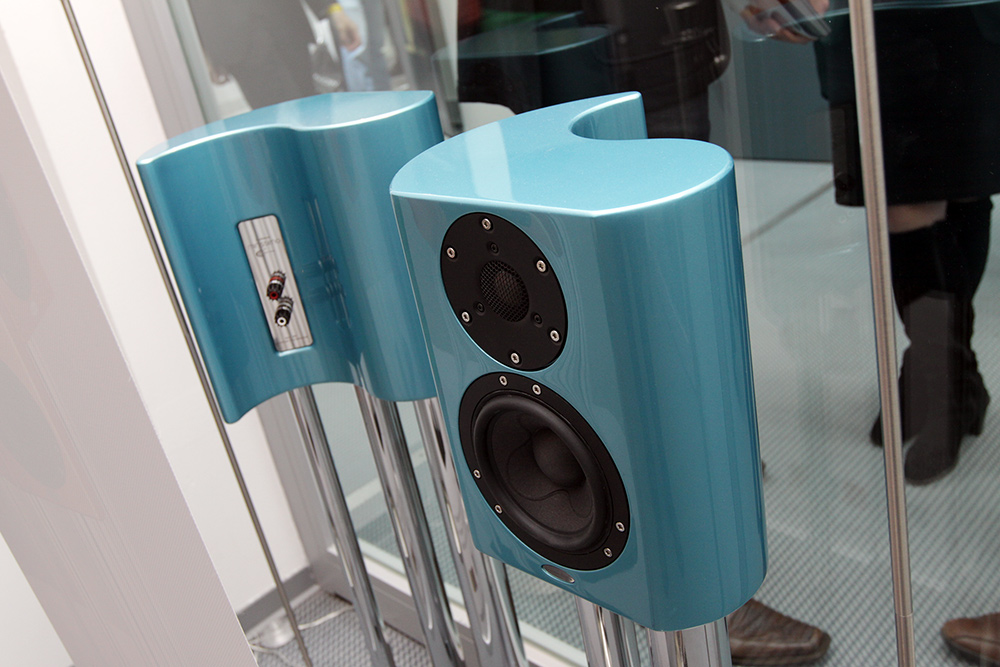 Vivid Audio has always featured painted finishes since the company came alive in 2004, but in their earlier years, most of the colors offered were pretty conservative. At High End 2014, the company showed . . . 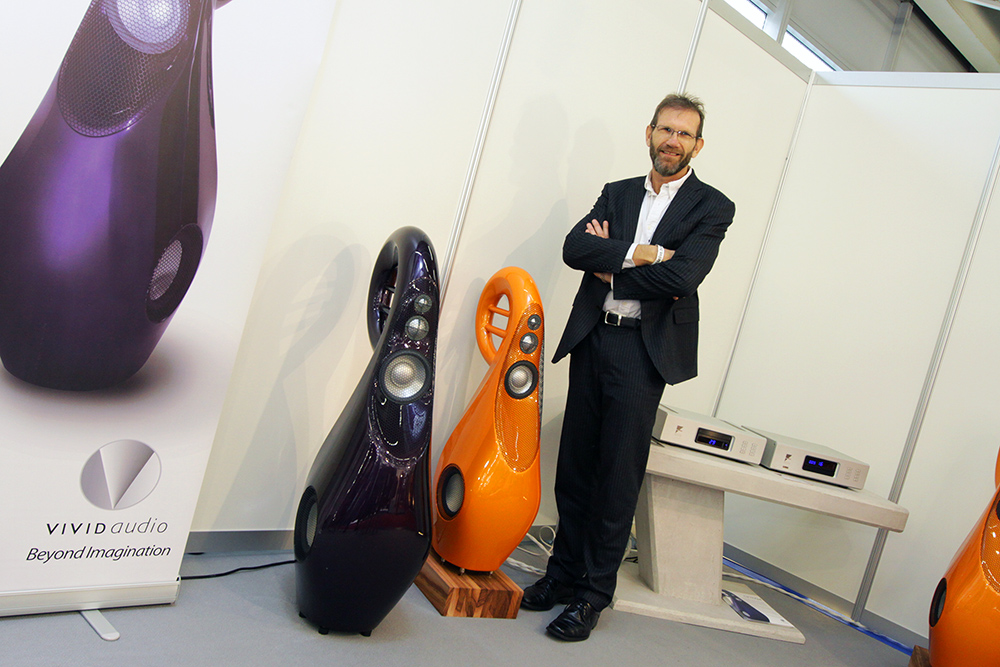 Vivid Audio's Philip Guttentag with the G3 and G4

. . . the Giya G3 in Monarch (distinctive yet elegant, in my opinion) and the Giya G4 in Electric Orange (hot!). Vivid's speakers always made a strong statement because of their unique shapes, but with these daring and colorful finishes, now even more so. 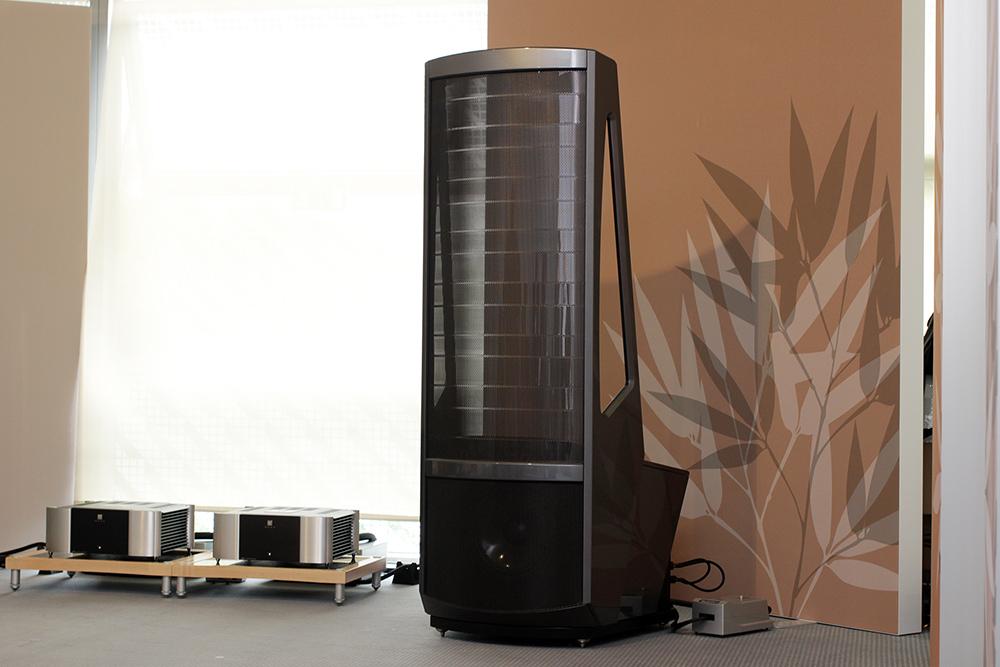 MartinLogan premiered their new Neolith loudspeaker with a deep-gray color, which looked great but also a little conservative, at least for my taste. But now that they've created a speaker that takes paint (no woods such as on previous models), their selections are . . . 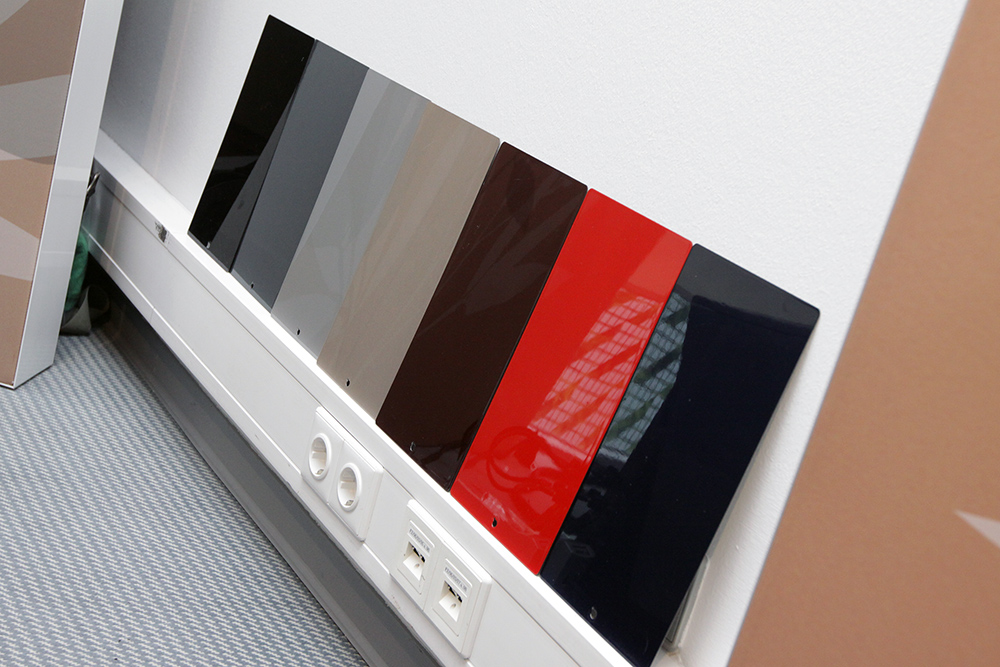 . . . far more varied and, in the case of the red that's available, bold. Although company reps didn't say so, I have no doubt they'll add more colors in time -- and likely custom colors, too. Why not? 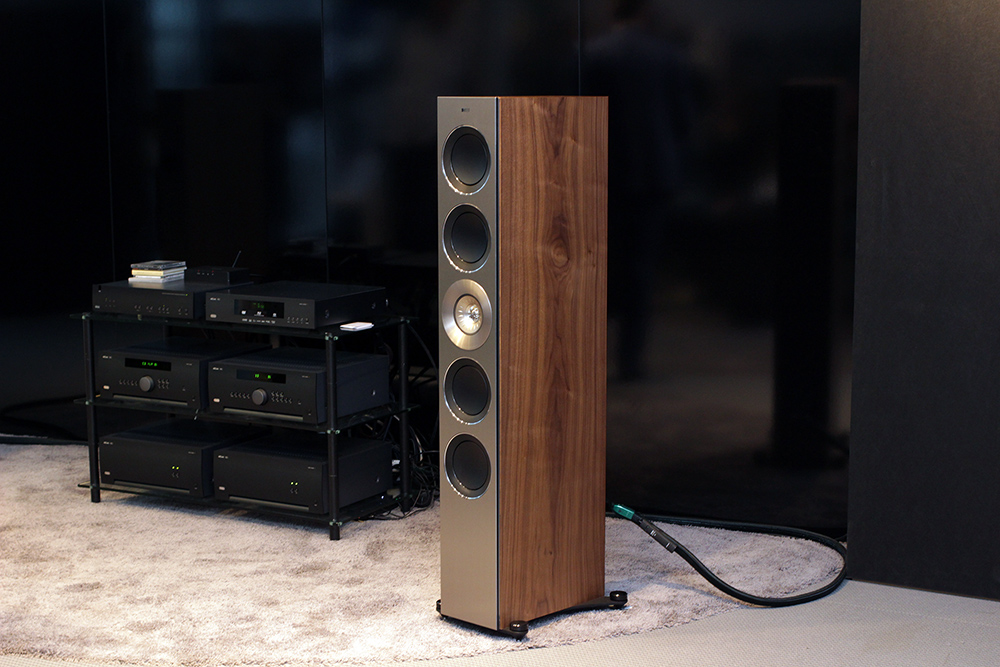 KEF surprised us a little by making their new Reference series with traditional box-type styling, mostly because its Blade loudspeaker was so out there looking when it debuted a couple of years ago. That said, their reasoning for doing so is good: not everyone wants a design as flamboyant as the Blade, so they wanted to offer their customers a more traditional shape with this new series, along with a very conservative wood finish for those who want that sort of thing. But for those who want more flair, KEF offers Reference with an impressive array of . . . 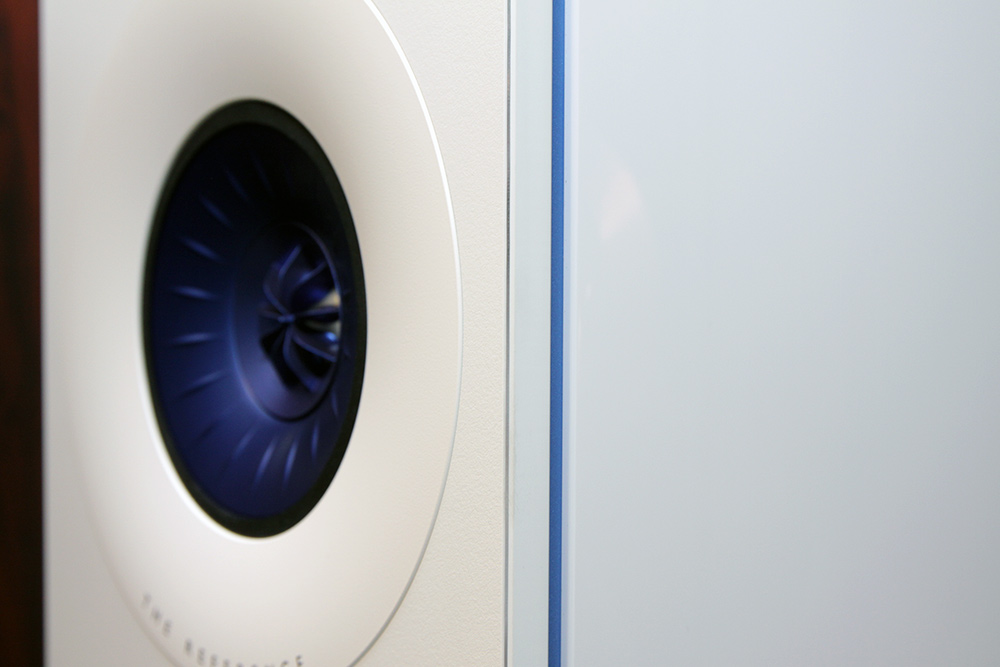 . . . outstanding finish options that change not only the look of the main cabinet box but also the front baffle, the divider between it and the box, and, as I mentioned, the drivers. Take, for instance, the white finish with a blue divider and matching Uni-Q driver. Then there's the . . . 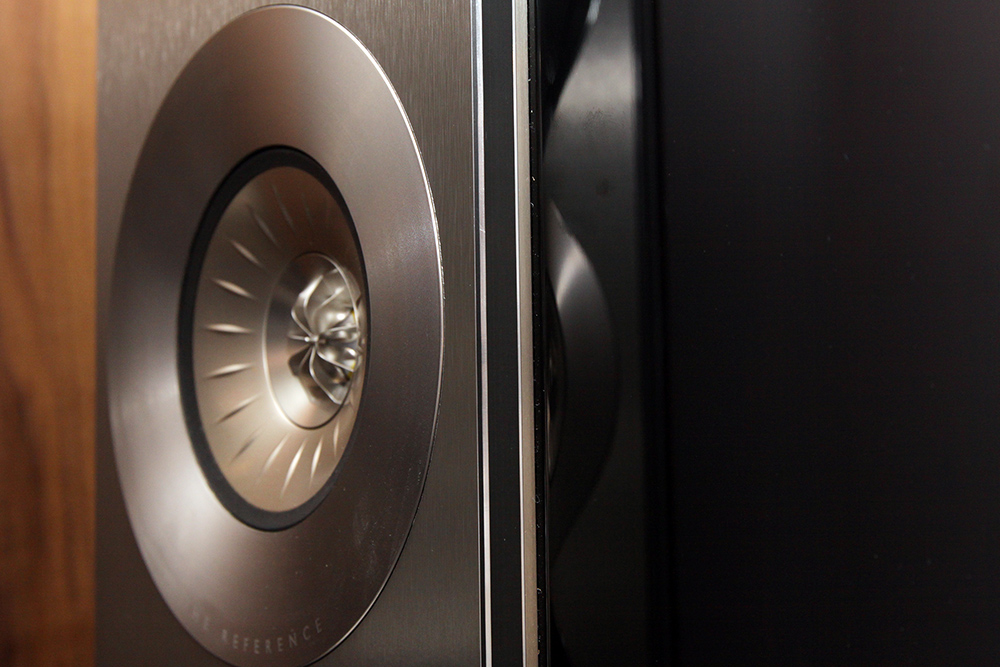 . . . high-gloss black version, with a natural-colored aluminum front baffle and divider, along with a gold-tinged Uni-Q driver. If that's too mundane for you . . . 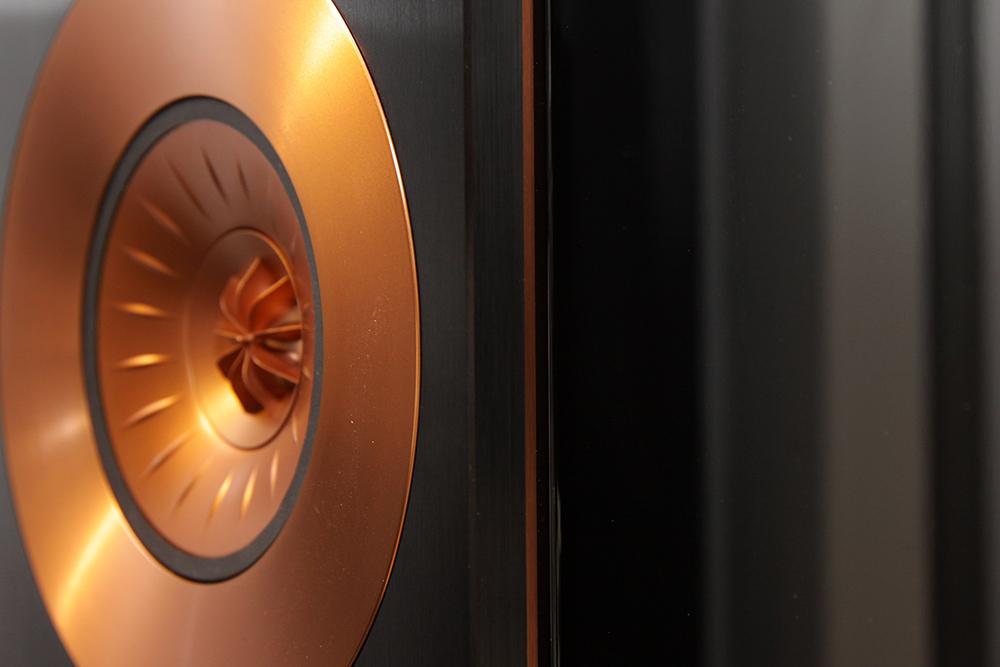 . . . a snappy copper-themed version is offered, replete with a black aluminum baffle. Then there was my favorite . . . 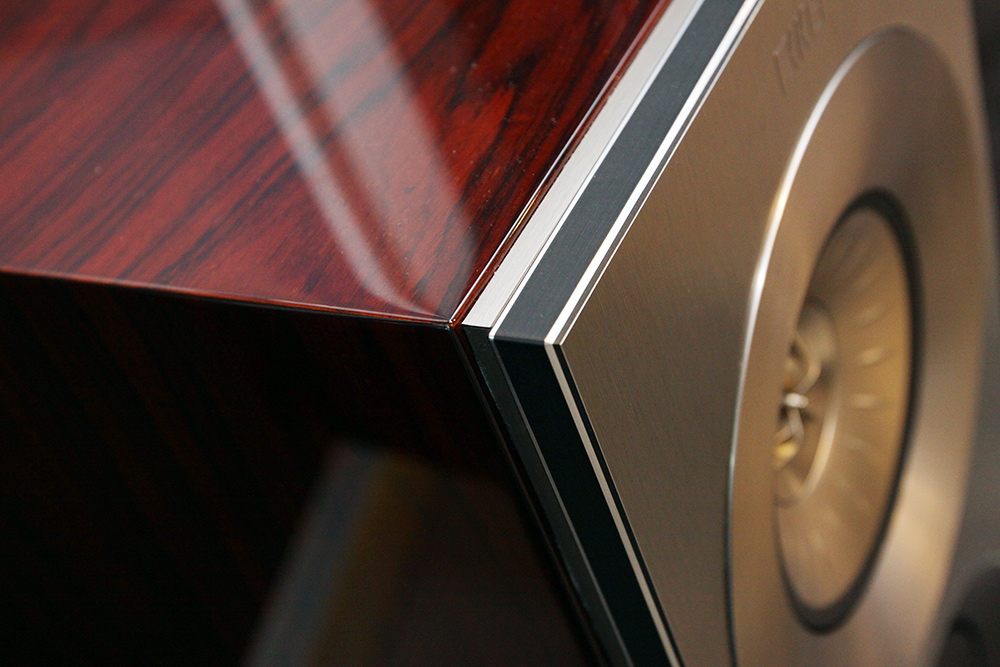 . . . a cabinet finish called Luxury Gloss Rosewood, which has standard aluminum for the baffle and divider. Gorgeous. 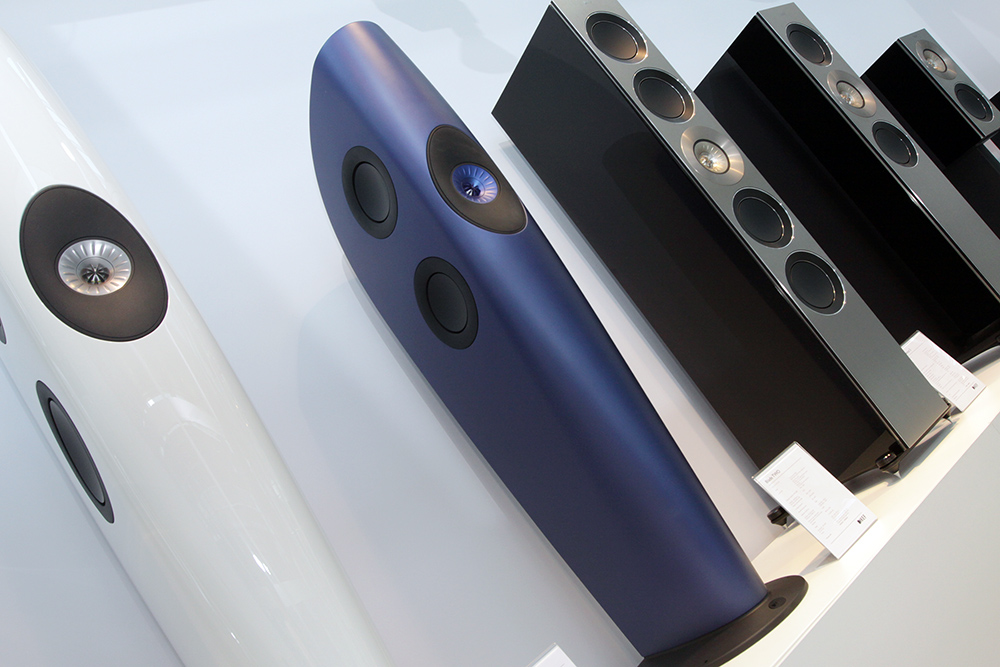 But if you still want some cabinet styling that's out there, KEF introduced the Blade Two this year, which they showed with a new matte-blue cabinet finish and, of course, a blue Uni-Q driver. Damn cool.

The genie is definitely out of the bottle insofar as speaker companies offering a wide array of colors goes. These companies I highlighted were my favorites from High End 2014, but many more are following suit with unique colors of their own. And for those companies not doing so yet, they better get with the program. Soon consumers won't just demand a wide variety of finish options; they'll expect it.