Amphion's Anssi Hyvönen brings an interesting topic of discussion to every event in which he and his company participate. For High End 2013, the topic was studio-quality sound for the home for a reasonable price and without much inconvenience. 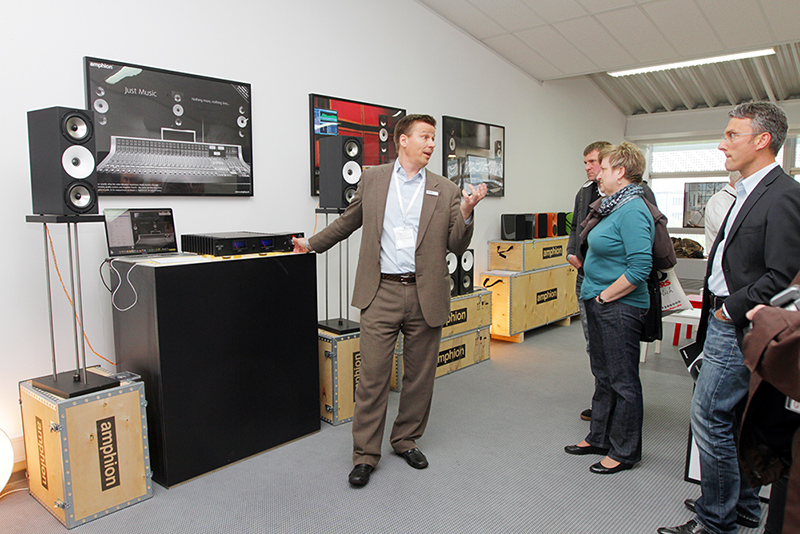 Anssi says that it's been a vision of his since he was 14, which was one of the reasons he started Amphion. For various reasons, however, the notion of studio-quality sound at home wasn't possible back then. But that's changed. Today, a computer-based system can play music files at the same sampling frequency and bit depth that studio engineers record music at (24-bit/192kHz usually, or even higher in same cases), so it's now technically feasible to have a studio-like setup at home and hear exactly what the recording engineer heard. 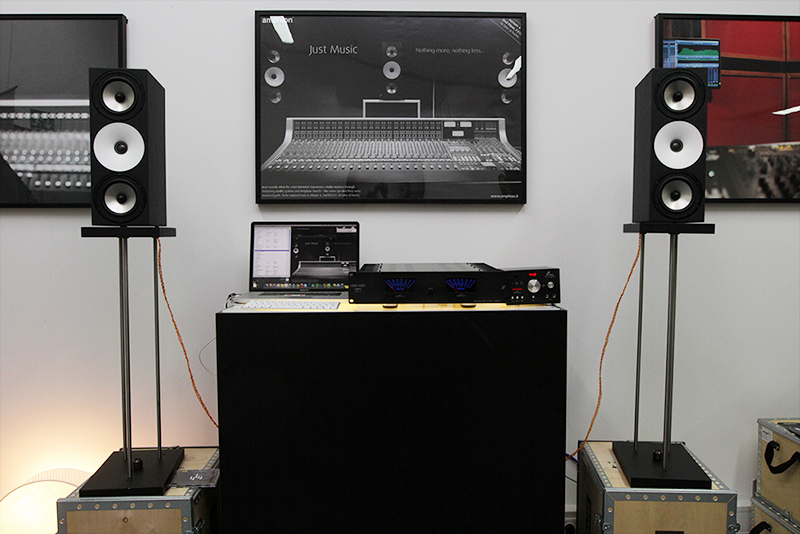 With that in mind, Anssi unveiled the €10,000 "mastering-quality system," comprising Amphion Two15 two-way monitors (€3600/pr.), a Lindell AmpX (€1599), an Antelope Zodiac Gold DAC-preamp with Voltikus power supply (€3595), €200 worth of cables, plus an Apple MacBook computer (his preference, but someone might obviously pick something else). The system's sound seemed to impress everyone in the room, but Anssi was quick to point out that studio listening isn't done in such a large space, and so far away from the system, with so many people. Instead, the order of the day at virtually every studio is nearfield listening by one or a few people. So he invited people to come closer to the speakers and listen to even better sound. After that, he pointed out that almost anyone can find a suitable space in any home for a nearfield setup -- even in the attic.

All in all, this was one of the most convincing demos at High End 2013, and I could certainly see someone pursuing a system just like this if hearing exactly what those in the studio heard is their goal. Studio-quality sound in the home was once a dream, but it's now a reality -- and for a fairly reasonable price.