Making Your Own Drivers -- Does It Matter? (Part 1)

The subject of making your own drivers comes up at shows. The loudspeaker companies that are doing it themselves like to brag about it, while those that don't . . . well, they don't tend to mention it. To the consumer, as far as I can tell, it doesn't really seem to matter all that much. But should it?

I think it does, though maybe not for the reasons you think. Good drivers are good drivers, right? Well sure, if you buy drivers from Scan-Speak or SEAS, you can get some really high-quality drive units. Those companies will also customize their designs to the extent that they really aren't "off the shelf" in the purest, classic sense of the much-maligned term. Many of the best audio manufacturers that make finished loudspeakers, not as a first line of business but as an add-on to their core business -- think Gryphon and Crystal Cable -- would be silly to expend the amount of capital necessary to engineer their own drive units for a very limited speaker product line when instead they could invest in optimizing design elements that best fit their brands. In Crystal's case, they're making glass enclosures. And in the case of Gryphon, the company is using their bass amplifiers within their top speakers and keeping with the Danish company's unique sense of aesthetics.

But what if loudspeaker design and manufacturing is your core business? Wouldn't it make sense to then design and build your own drivers? Well, that depends, too. As I said earlier, the audiophile consumer doesn't really seem to care all that much where the drivers come from. So from a marketing perspective alone, I'm not sure the cost would easily be recouped. In fact, I'm sure it wouldn't. The primary reason to do it, then, could be because you can. 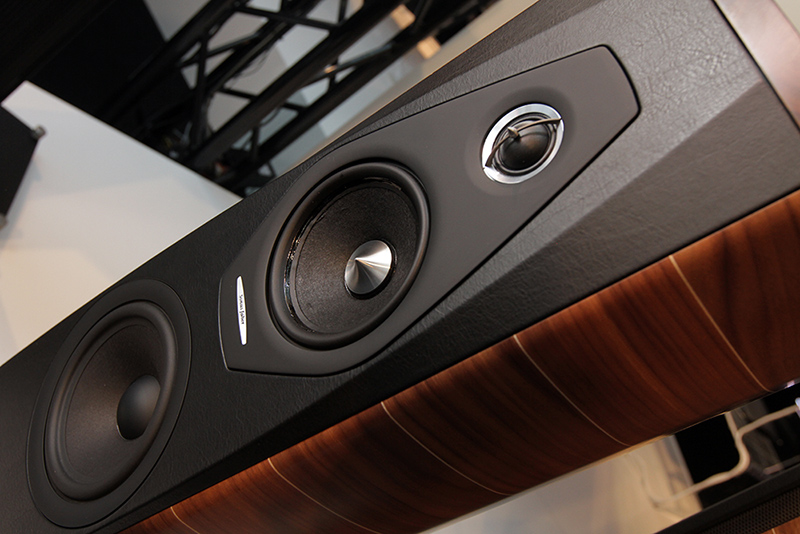 Surprise. As speaker companies grow in engineering talent, capital resources, and overall technical and manufacturing advancement, they might actually need to be able to make their own drivers in order to fully realize the products they want to sell. For instance: Sonus Faber -- the new and improved Sonus Faber owned by Fine Sounds Group -- is a prime example. I was speaking with Fiore Cappeletto, the director of marketing for Fine Sounds, and he told me that Sonus was extremely proud of the fact that their new Olympica loudspeakers are the company's first to use drive units designed entirely in-house. Yeah, that's right. Paolo Tezzon, the company's chief acoustical engineer (shown below), designed them. 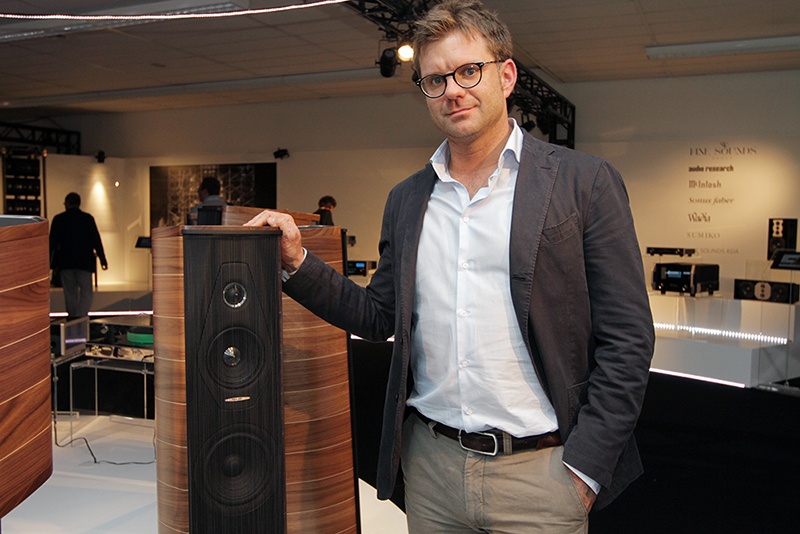 The reason the Sonus folks were excited wasn't because suddenly they produced a speaker that had eclipsed their much more expensive Aida model. The Aida is still a better loudspeaker than the Olympica even though it doesn't use drivers designed and manufactured by Sonus. The reason they seemed like proud parents at their daughter's first ballet recital was that it shows a newfound level of maturity, an accomplishment, a milestone. I guess you could call it "coming of age." So if you buy an Olympica, you have the privilege of saying you own a Sonus Faber that's the first Sonus Faber through and through. That means something to them, and maybe it should to you, too. Of course, there are other reasons as well. Look for Part 2 tomorrow.