There are watershed moments that can mark a shift in a company's direction. Certainly, when Tidal Audio of Germany introduced their Sunray loudspeaker back in 2003, that product informed Tidal's offerings for almost a decade. But time and technology march on, and yesterday's flagship is, well, yesterday's news. The brand-new Tidal Agoria might just signal the next watershed moment in Tidal's relatively short history of competing in the Age of the Superspeaker. 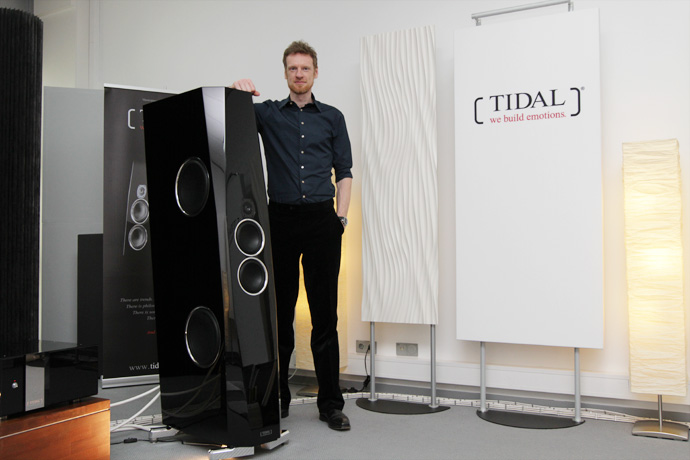 The release of the 450-pound, three-way floorstanding Agoria (68,000€ per pair) represents a number of evolutionary advancements in Tidal's loudspeaker technology. Jörn Janczak, chief everything at Tidal, was quite excited about its development. He shared a number of observations with me, and I could clearly sense his enthusiasm for the capabilities of this speaker: "When you see this more-than-200kg beauty, all its little details, these super-expensive drivers and so on, I hope you will see this is a very serious statement from us when it comes to superspeakers." 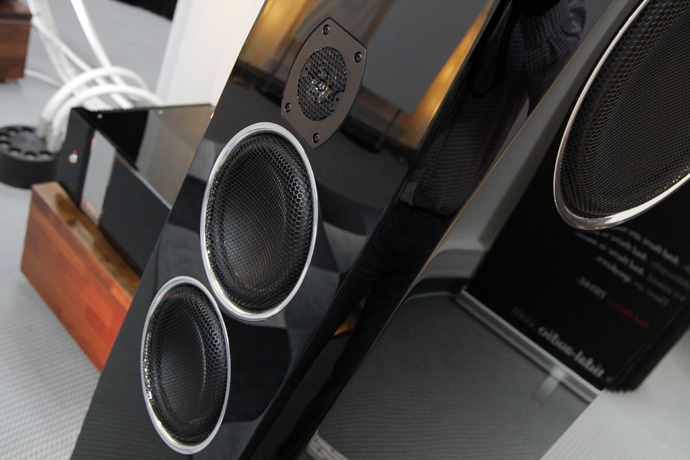 I was more than curious, so I asked a few questions of Janczak in the days leading up to High End. I set out to learn as much as possible about the Agoria -- the technology contained within and the thought process behind it. Janczak started with a nice summation of the design: "The drivers, configuration, and cabinet are designed to reproduce a signal that is clean, fast, and most accurate. We downsized the symmetrical four-bass-driver configuration of the Sunray -- a technology we have been using for ten years -- to a unique concept of 2 x 11" woofers and 3 x 11" passive radiators: two side-firing ones and one extremely low-tuned back-firing one. With this configuration the room modes are excited in a very even way, without the typical first hard reflection from the ground. Also, we use newly designed midwoofers and tweeters -- you will find them only in the Tidal Agoria. All these drivers are housed in a stiff and yet resonance-absorbing cabinet made out of Tiralit. The Agoria also has our flexible Varioterminal technology of the Sunray and therefore allows a lot of flexibility for all different kinds of rooms and/or tastes, and offers altogether eight different adjustments to play with, plus an all-active amplification option with our Tidal amplifiers and LPX technology. It also uses the latest version of our Unopulse crossover design, where we do combine a step response with the most minimal direction changes and a mostly flat frequency response. All in all, the Agoria is a logical next-step evolution of what we have accomplished with our speakers over the last decade." 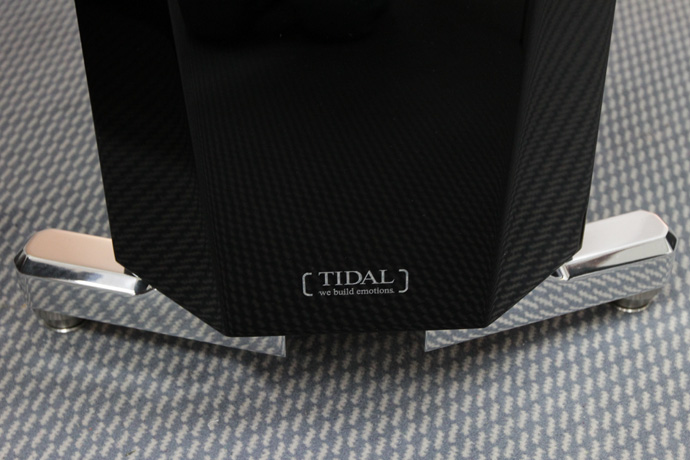 It seems almost every serious loudspeaker manufacturer involved in the extremely competitive world of superspeakers has moved away from cabinets constructed of MDF -- the ubiquitous medium-density fiberboard -- and into something more exotic and, hopefully, better performing. Tidal has introduced what they refer to as Tiralit material in the Agoria, and I asked Janczak to tell us about it. "Tiralit is a seven-layer compound made out of organic and polymeric materials, which we compress with many tons to make very heavy boards," he said. "We did a lot of research with tactile transducers and test cabinets to check resonance control, rigidity, and energy-storage effects -- simply to give all our drivers a proper housing so that only the diaphragm moves backwards and forwards without any overlay effect. We are working to bring Tiralit, sooner or later, to all Tidal speaker models." 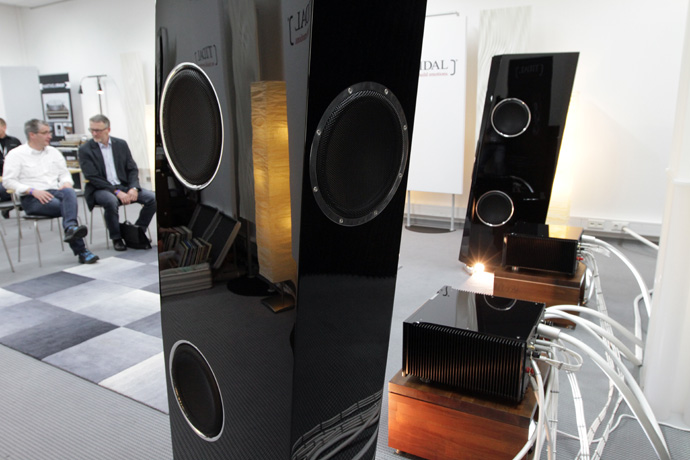 Janczak's last statement convinced me that the Agoria represents an exciting next step for Tidal, and perhaps will lead them to even greater accomplishments -- impressive stuff from this relatively young audio company. "One can easily recognize this speaker as a Tidal speaker, but it also gives a hint of what one can expect from us in the coming years," he said. All audiophile eyes -- and ears -- should be fixed on Tidal.