King of the Gryphons: The Pendragon Loudspeaker

It was 2004 when I first heard the Gryphon Poseidon four-tower loudspeaker system (then $130,000 USD per pair). I was the first reviewer in the world to hear that speaker, as I traveled to Gryphon's home in Denmark for just that purpose after that year's Munich-based High End show in Germany (at that time, High End was held in Frankfurt). That listening session was an experience not to be missed -- the sound I heard that day left quite an impression. I remember coming away from that visit thinking that Gryphon had accomplished a remarkable feat: a company known mostly for its exceptional electronics had successfully transitioned into the realm of the superspeaker. That does not happen very often. 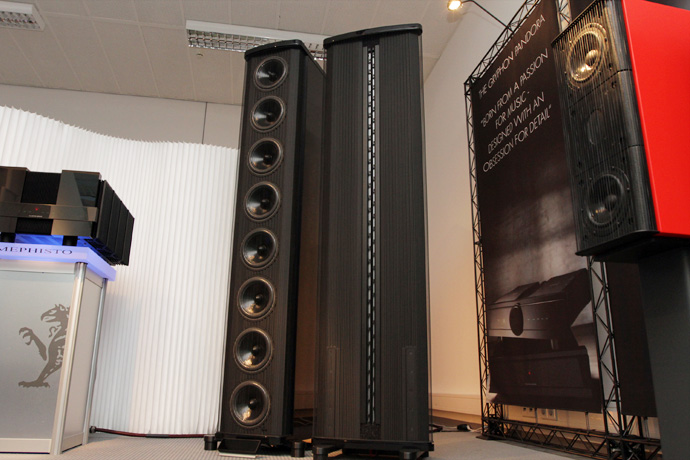 The Poseidon has now been superseded in the Gryphon line by the aptly named Pendragon (150,000€ per pair). Pendragon means "head dragon" and was often used as a surname for kings back in medieval times. So if there's any question of whether the Pendragon is the new flagship of the Gryphon loudspeaker offerings, let that notion be dispelled up front. But the Pendragon is no simple upgrade of the Poseidon; it is, in fact, a complete reimagining of what a Gryphon superspeaker is. 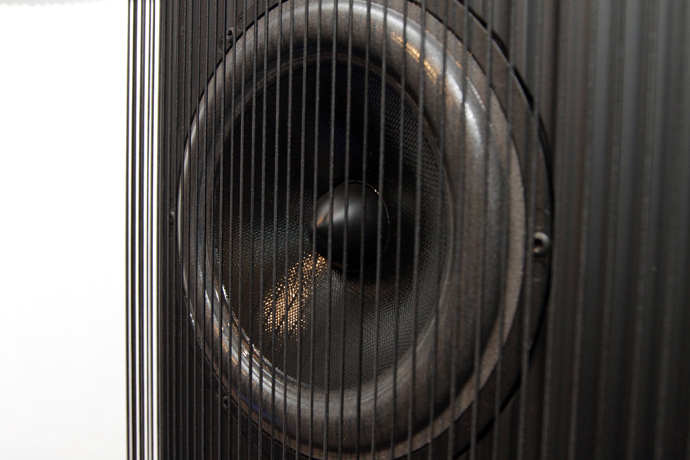 On the face of it the Pendragon is an altogether simpler product than the Poseidon. The new speaker is a two-way system -- the Poseidon was a three-way design -- that marries a 2m-tall ribbon driver that operates in a dipole fashion and is mounted in an open-baffle enclosure. This is coupled with a second sealed column that houses eight 8" woofers powered by a 70-kilogram Gryphon class-A/B amplifier that is rated to deliver 1000W of continuous power (4000W peak). The passive ribbon (your amplifier is used to drive it) is crossed over to the active bass section at 200Hz; therefore, the ribbon covers the entire audio band above that point for an effective crossoverless bandwidth of 200Hz to 30kHz. The bass section extends the system's frequency response down to 16Hz. The low frequencies can be tailored via remote controllable adjustments that include a Q setting, low cut, and bass level. 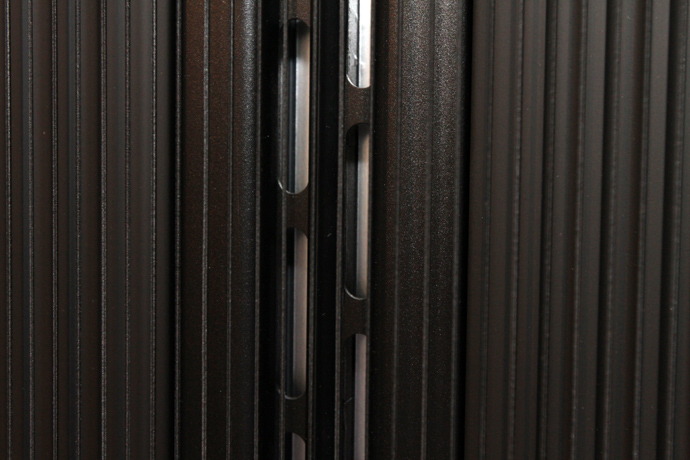 The ribbon driver is made of polyester and is mounted in a three-layer steel frame. It is said to produce very wide, even dispersion in the horizontal domain, and very limited vertical dispersion, thereby avoiding a large measure of the floor and ceiling reflections that can plague traditional loudspeakers. All in all, it's an incredibly impressive design to say the least! Gryphon's Flemming Rasmussen was certainly not shy when asked about his observations regarding the Pendragon:

I have always been fascinated by full-range systems that can provide the sheer scale and dynamic impact of live events. I am a sucker for large orchestral pieces . . . Mahler, Dvořák, Wagner, Italian operas, etc. However, the more you try to cover, the more difficult it becomes. Small two-ways excel in a lot of ways such as soundstaging, etc., but they mostly impress because they do not get in trouble trying to do something outside of their natural limitations.

Ribbons have always been close to my heart because of their potential to be extremely transparent and fast, with no lag or overhang, but the larger systems with numerous small ribbon units often present a number of problems: complex crossovers, lots of wiring, [drive] units with great variations in sensitivity, terribly low impedance -- the list is long. When we used a superfine ribbon in our small Mojo, I was reminded of ribbons when they are best. Finally we had a ribbon produced that would work perfectly with the Poseidon's active sub that we are very proud of; and because it is such a responsive subwoofer, and due to its active nature, it can be literally tailored to dance with a fast, easy-to-drive ribbon. It was a marriage made in Heaven. At the same time a simpler but sublime crossover could be implemented.

People often think that an active sub is an alternative to using a separate amplifier for the bass. That is a huge misconception. Any amplifier designed for a specific speaker will always be better than an amplifier -- that by its nature, must have a fits-all topology because the manufacturer does not know what the amplifier will be used with.

The end result was all the scale and dynamics I could ever dream of but with a transparent view into the recording that was a new Gryphon high, and something that the new reference electronics -- Pandora/Mephisto -- immediately could take advantage of.

Attention to detail in the Pendragon is impressive, as we have come to expect from Gryphon. We learned that the system is wired with custom Gryphon cabling and that finish options are virtually unlimited. Gryphon soldiers on at the extreme high end. And now they have a new flagship to carry their banner. Long live Pendragon.