The show floors at the 2016 International CES in Las Vegas opened yesterday, and predictably, it was a loud madhouse of people -- and at the Las Vegas Convention Center (LVCC), where I spent the day, it was also a madhouse of plastic. This is where most of the mass-market audio products are displayed, including the big brands known to anyone who has ever shopped for headphones in a Best Buy or Target. But the LVCC also contained exhibits from a few companies with products geared to serious listening, and those are the ones I'll focus on here. This is just the start -- I’m headed back for more as soon as I finish here. All prices in USD. 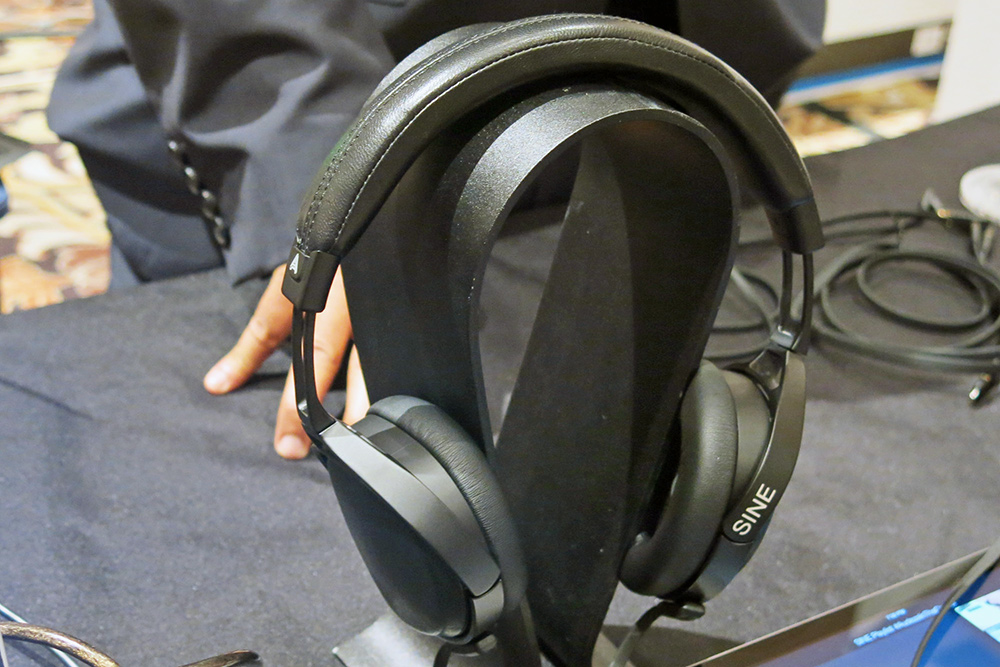 The $499 Sines are the least expensive headphones ever produced by Audeze, a brand known for making some of the best open-back ’phones in the business. Like the rest of the company’s headphones, the Sines use planar-magnetic drivers, which consist of a wire grid adhered to a thin diaphragm and suspended near one or two magnetized metal screens. The Sines are the company’s lightest (230g) and most portable model yet. A version with a cable designed for Lightning-equipped Apple iOS devices is planned; it will have a DAC and amplifier built into the cable, and will come with an Audeze iOS app that includes a ten-band onscreen EQ. 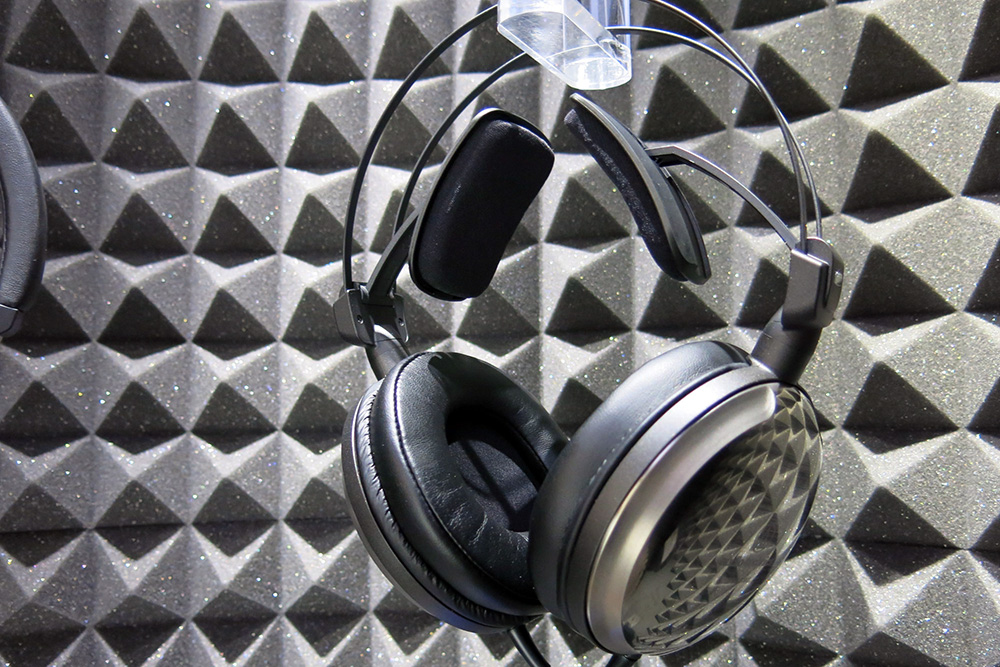 If there’s a trend in audiophile headphones, it’s the introduction of many new high-end, closed-back over-ear models (most over-ear audiophile headphones are open-back). Audio-Technica is right on top of it with four new headphones, ranging in price from the $119.95 ATH-A550Z to the $649.95 ATH-A2000Z models shown here. All use Audio-Technica’s unusual band design, which has spring-loaded “wings” that support the headphones so the band doesn’t touch your head and head-clamping force is relatively low, although with these the two thin metal bands are lighter than the rod-shaped bands used on previous models. 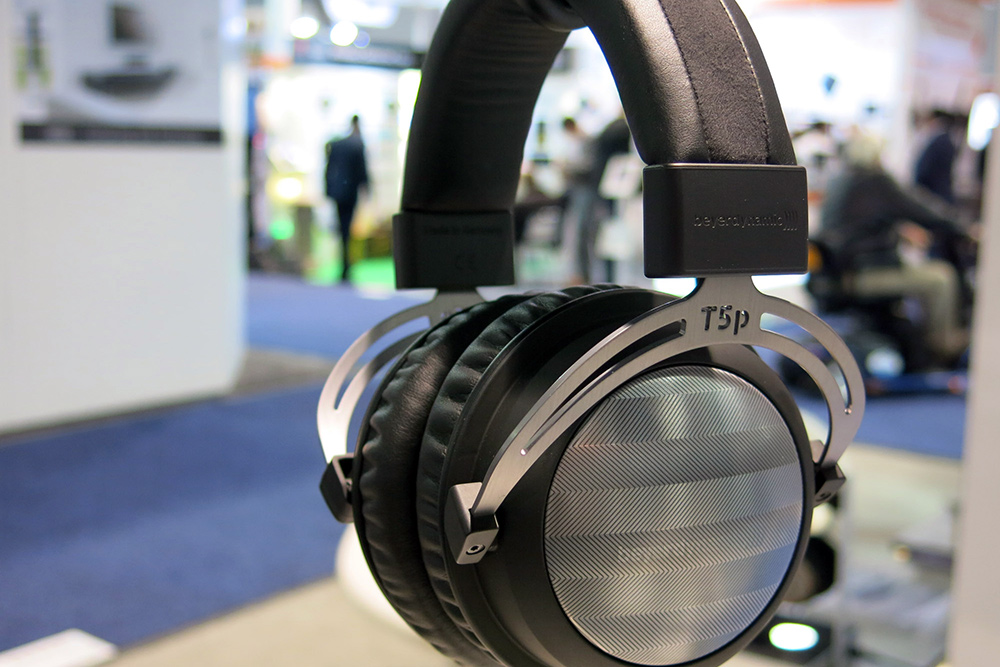 Beyerdynamic's $1099.99 T5p headphones are an updated version of the company’s T5s. Besides being $300 less expensive, the T5p headphones have a warmer, bassier sound than the original T5s. The cable is detachable so it can be swapped for an optional balanced-connection cable tipped with a four-pin XLR connector. A new hybrid foam/gel earpad design makes the T5p headphones ultra-mega-comfortable (for me, anyway), and the lively, dynamic sound made it hard to stop listening to Weather Report’s “Birdland.” A new hardshell case is included. 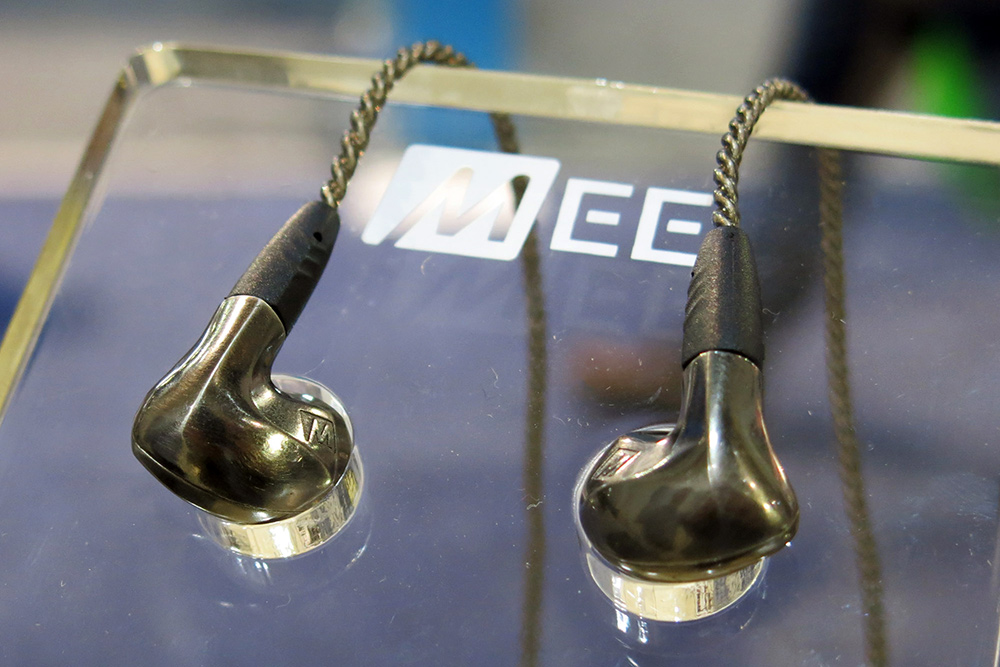 I was surprised to see MEE Audio, a brand I associate with inexpensive, plasticky headphones, showing a set of earphones designed for audiophiles. The $199.99 Pinnacle P1 earphones use single dynamic drivers housed in hand-polished zinc-alloy enclosures. The P1s come with Comply foam eartips in three sizes, plus silicone tips in six sizes and shapes. Two cables are included: an audiophile-grade cable using oxygen-free copper and a cable with an inline remote/microphone that lets you take phone calls. According to a company rep, the Pinnacle P1s are voiced to deliver sound similar to that of earphones with balanced-armature drivers, through a diffuser inside the sound tube that is tuned to shift each driver’s response peaks to higher frequencies where they’ll produce less sibilance. To me, they did in fact sound like good dynamic earphones with a little more extended treble than usual. 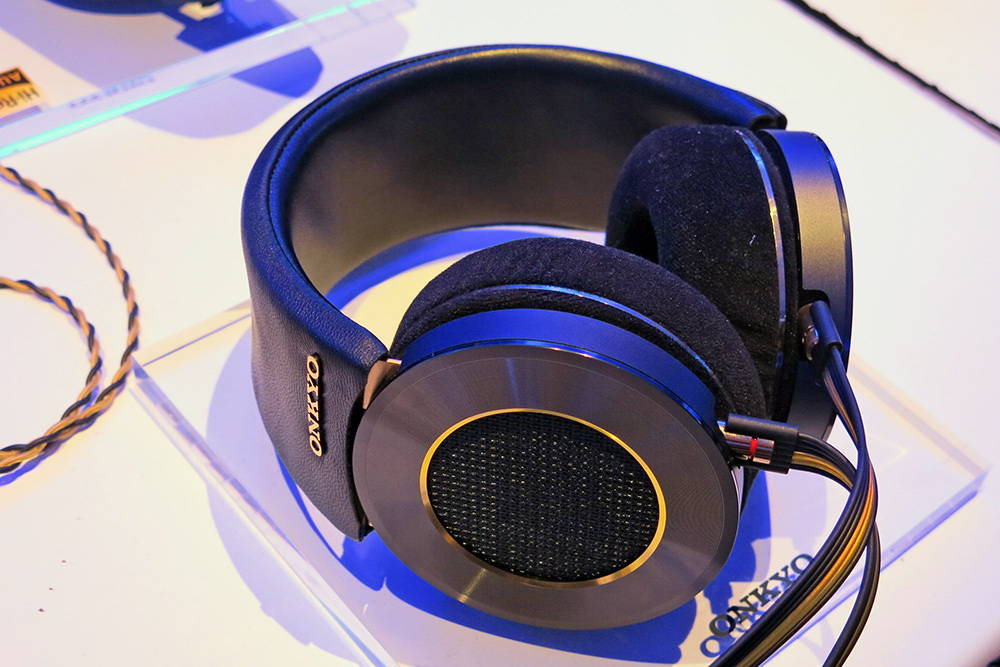 If the Onkyo H900 headphones look bulky, it’s because they’re based on a 30-year-old design from the company. The $399.99 open-back model, which to my knowledge is the most expensive the company has produced to date, includes a very cool detachable cable that looks more like an audiophile speaker cable than a typical headphone cable. The H900s use 50mm dynamic drivers. A similar closed-back design, the A800s, also use 50mm dynamic drivers and list for $299.99. Sadly, I couldn’t get much of an idea of either model’s sound because parent company Gibson Brands’ booth was one of the loudest at the show. But I do dig the big fat band. 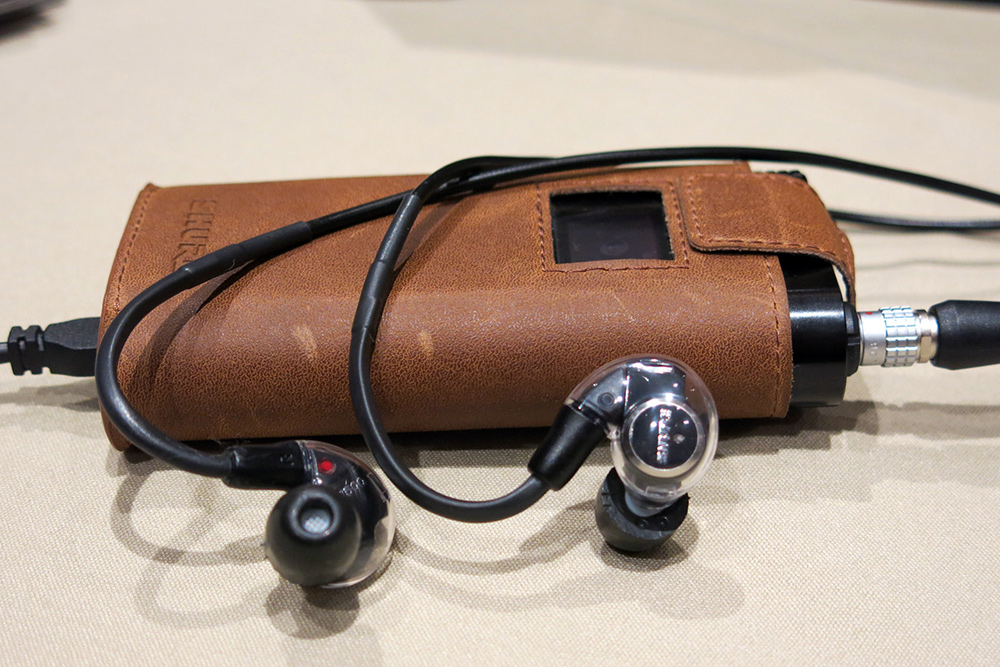 I expect the Shure KSE1500 earphones and their accompanying KSA1500 amplifier will be hailed as the most exciting new headphone products at CES 2016. Incredibly, the KSE1500s use tiny electrostatic drivers, using the same principle found in Stax over-ear headphones and MartinLogan speakers. The tiny drivers’ diaphragms are just 1/500th of an inch from the charged stator panels surrounding them. The earphones must be used with the KSA1500 amp, which, in addition to amplifying the signal, provides the drivers with the needed 200V bias. The amp includes a four-band parametric equalizer. The entire package costs $2999, making these the most expensive earphones I’ve ever seen -- except of course for those blingy ones made from solid gold or encrusted with diamonds.